When truly disruptive technology comes along, it not only leads to new types of companies — it also forces incumbents to evolve. Airbnb is arguably the poster child for the peer-to-peer (P2P) home-sharing movement, but it has also helped drive an ecosystem of me-too rivals and complementary companies aimed at property managers. On the flip side, Airbnb and its ilk have also forced traditional accommodation providers — such as hotels — to rethink their business models.

This pattern is also evident in the ride-hailing industry, where a whole new breed of startup has sprung up to provide everything from in-car commerce and advertising to predictive analytics and more. At the same time, established taxi companies have had to embrace the kind of technology that powers Uber and the rest. But the tech underpinning on-demand transport platforms is having an impact far beyond the taxi industry. “Virtual kitchens,” sometimes referred to as “dark restaurants,” “virtual brands,” “ghost kitchens,” or any combination thereof, have been popping up all over — due in large part to the rise of on-demand transport infrastructure. In 2019, the trend reached a fever pitch, with numerous investments and fresh takes on the concept.

Virtual kitchens are essentially strategically placed kitchens that specialize in delivery only — no walk-in or sit-down customers allowed. The general idea is that restaurants can expand their footprint into high-demand areas with minimal upfront investment and lower overhead, given that prime real estate is not required. Virtual kitchens can also allow existing restaurants to experiment with bespoke menus and offer new items without impacting their existing brand. To reach customers, these businesses usually lean on transport infrastructure provided by the likes of Uber Eats, Deliveroo, Postmates, GrubHub, DoorDash, and Caviar.

Kitchen in the cloud

U.K.-based food delivery giant Deliveroo, which counts Amazon as a major investor, recently revealed that it now claims 2,000 virtual restaurant brands in the U.K. alone — a 150% increase on the previous year. Deliveroo has operated delivery-only kitchens, called “editions,” since 2017. This basically involves setting up near areas that are likely to have a big demand for food delivery, with Deliveroo offering an arsenal of data to help identify specific culinary preferences. It’s all about spotting gaps in the market, and you might see a small industrial estate with several cabins working on various types of cuisine. 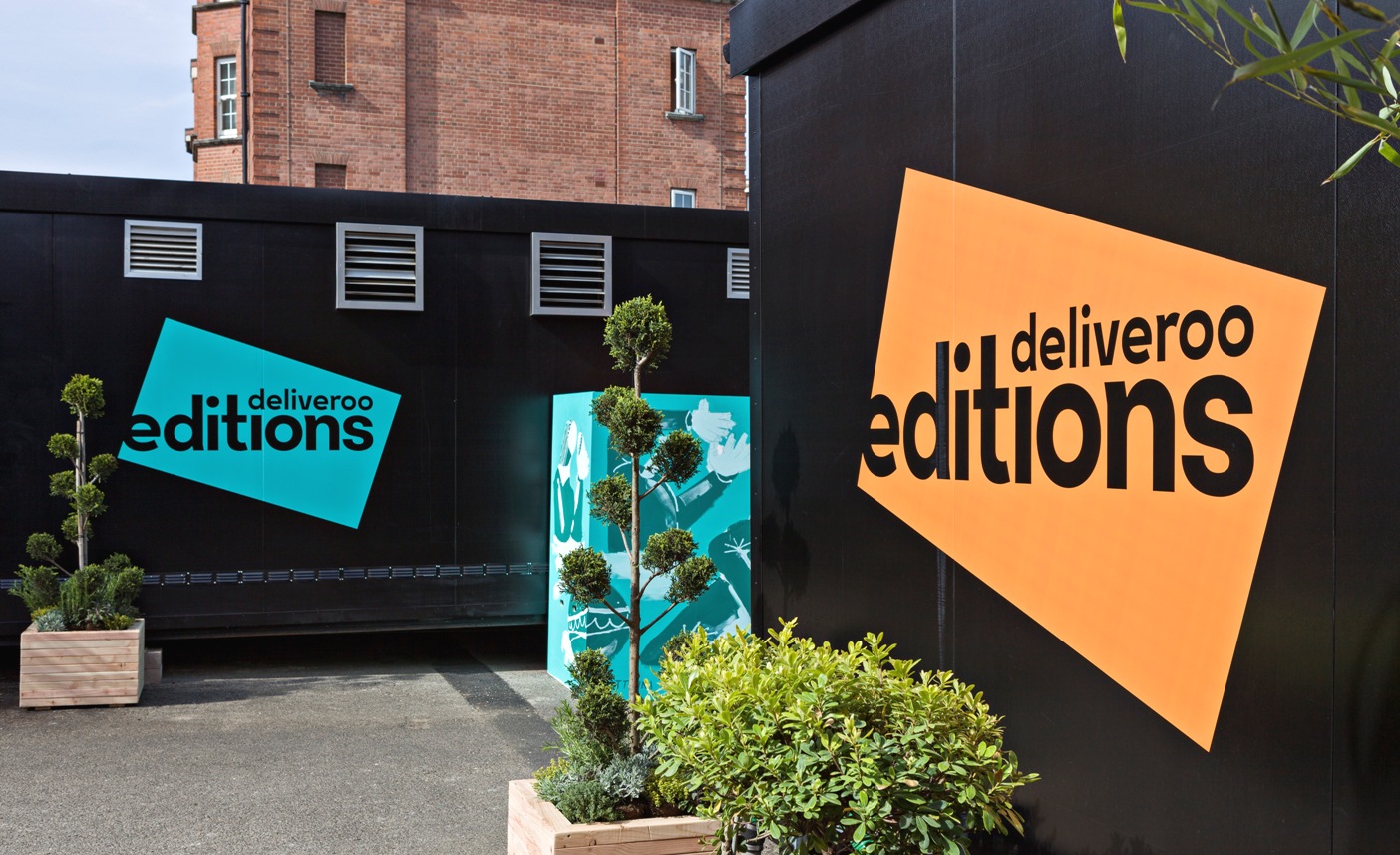 Above: Deliveroo Editions is a “kitchens-only” food delivery service.`

Deliveroo was far from the first to embrace this concept — New York-based Maple had operated a similar model out of Manhattan for a couple of years, but that ultimately faltered and Deliveroo bought it out in 2017. Another New York-based delivery-only kitchen called Ando was acquired by Uber Eats last year.

Elsewhere in Europe, Spain-based on-demand delivery startup Glovo last week raised $167 million at a valuation of more than $1 billion, making it one of just a handful of private Spanish startups to hit “unicorn” status. A large chunk of Glovo’s cash injection will go toward delivery-only restaurants and grocery stores. In fact, the startup currently operates seven “dark stores” in Europe and Latin America and is planning 100 similar locations by 2021.

The technology landscape over the past 12 months reveals a similar picture — investors are hungry for delivery-only restaurants.

As Uber struggles to cut losses across its business, Uber Eats now represents its fastest-growing unit, with a customer base of well over 90 million users and sales growth of 64% in the past year. Uber has also been promoting “virtual kitchens,” although these typically operate out of existing restaurants, with a different brand and separate menus designed for delivery.

However, the impact of Uber’s foray into the virtual kitchen realm is clear. Uber cofounder and former CEO Travis Kalanick has launched a new venture called CloudKitchens, which touts itself as a real estate company that provides “smart kitchens” for delivery-only restaurants. Last month, it closed a $400 million funding round at a reported $5 billion valuation. 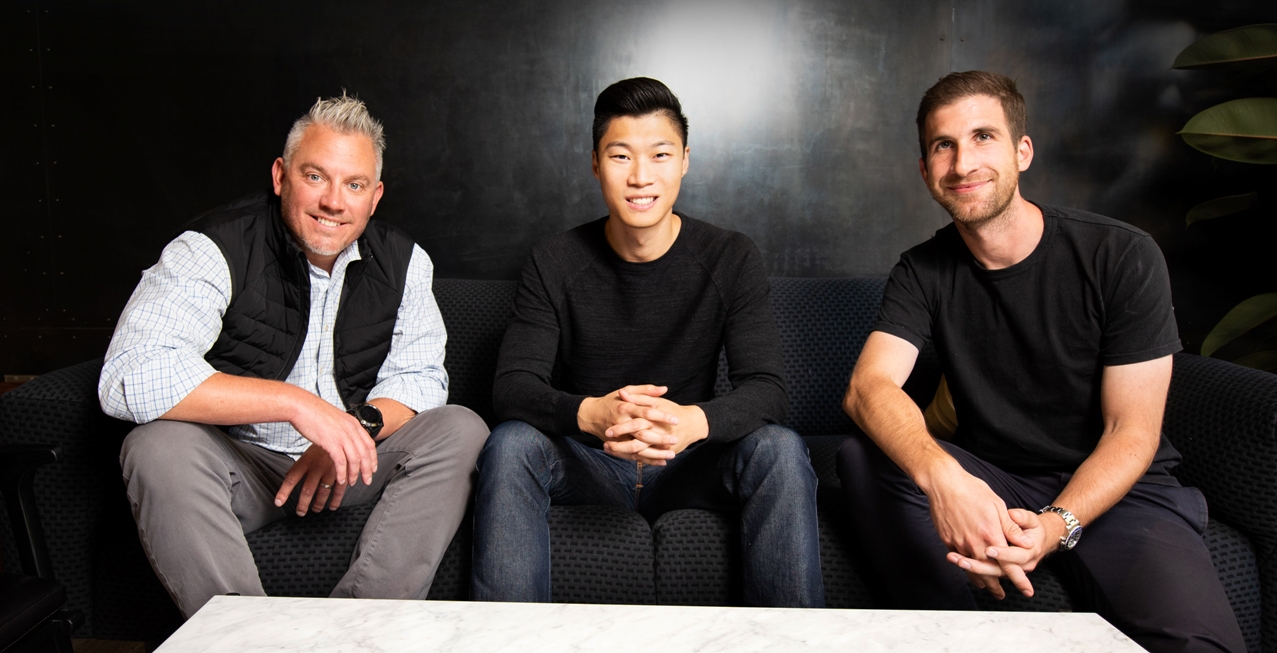 Virtual Kitchen Co has already helped a few virtual kitchens open in San Francisco, with plans to open more than a dozen additional locations in the Bay Area alone in early 2020.

“We think with a combination of technology, data science, and rigorous operational abilities, it’s possible to make running a high-volume delivery restaurant an easy, complete solution that lets even the smallest food entrepreneurs take advantage of the massive food delivery market,” said a16z general partner Andrew Chen. “Virtual Kitchen Co utilizes data to figure out where to best locate their network of kitchens, what cuisines are lacking in underserved neighborhoods, and even what ingredients should go into which dishes. By sharing and collaborating with restaurant partners, it will make the ecosystem even better.”

In September, Pasadena, California-based Kitchen United closed a $40 million series B round of funding co-led by Alphabet’s GV and New York real estate giant RXR Realty. Similar to others in the space, Kitchen United offers prospective customers, or “food entrepreneurs,” warehouse-type facilities that can house up to 20 different restaurants. This, again, is underpinned by a data-driven technology platform to help guide menu and location choices.

Various similar cloud kitchen startups have sprung up around the world, and investors have been lining up in droves. In Latin America, Columbia-based Muy this year secured a $15 million cash injection, while London-based Taster, which is creating “native food brands” for delivery companies like Glovo, Uber Eats, and Deliveroo, raised $8 million. And in Germany, Keatz locked down $13 million in funding.

Setting up a traditional sit-down restaurant is a costly endeavor — and fraught with risk. By crunching large swathes of data spanning demographics, location, and food preferences, cloud kitchens promise to sidestep both issues in one fell swoop. The data lets them know where to set up and what food to sell, and fancy facilities with long leases are simply not necessary.

A report released last year by Investment bank UBS titled “Is the Kitchen Dead?” estimated that the $35 billion food delivery economy could grow tenfold within a decade. The rise of virtual kitchens will undoubtedly play a major role in driving down the cost of meals, making it far more likely that people will order takeout instead of cooking at home.

“There could be a scenario where by 2030 most meals currently cooked at home are instead ordered online and delivered from either restaurants or central kitchens,” the report said. “The ramifications for the food retail, food producer, and restaurant industries could be material, as well as the impact on property markets, home appliances, and robotics.”

This is the very definition of disruption. Technology platforms that were originally conceived to connect drivers with passengers have not only changed the taxi industry, they’re also transforming freight and trucking and other spinoff sectors. And as we have seen with the rapid rise of cloud kitchens this year, the restaurant industry is the next frontier.