Amidst the controversy surrounding the release of Warcraft 3: Reforged, one fan has taken to registering a domain that mocks the official Warcraft website. Called “Warcraft 3: Refunded,” it’s probably immediately obvious that this site is a big joke. Using official quotes from Blizzard’s marketing and spinning them on their heads, it can make for a good laugh if you’re a little cheesed by the lackluster efforts with Reforged.

The very first blurb states, “Broken Promises, Cut Features.” It’s then followed up with, “Warcraft III: Reforged boasts an impressive number of fun and exciting features that were promised before being cut during development. Some of them are still being advertised as of this moment!” This is actually quite true as the main page cites redone cutscenes, but those don’t exist in the final release.

The section then goes over how Blizzard promised to overhaul the campaign, yet Reforged just provides the same experience. There might be some subtle changes, but it’s not to the degree Blizzard showed off. This goes for the cutscenes, which are marketed as having new cinematic angles and voice acting. That is conspicuously absent in the final version. 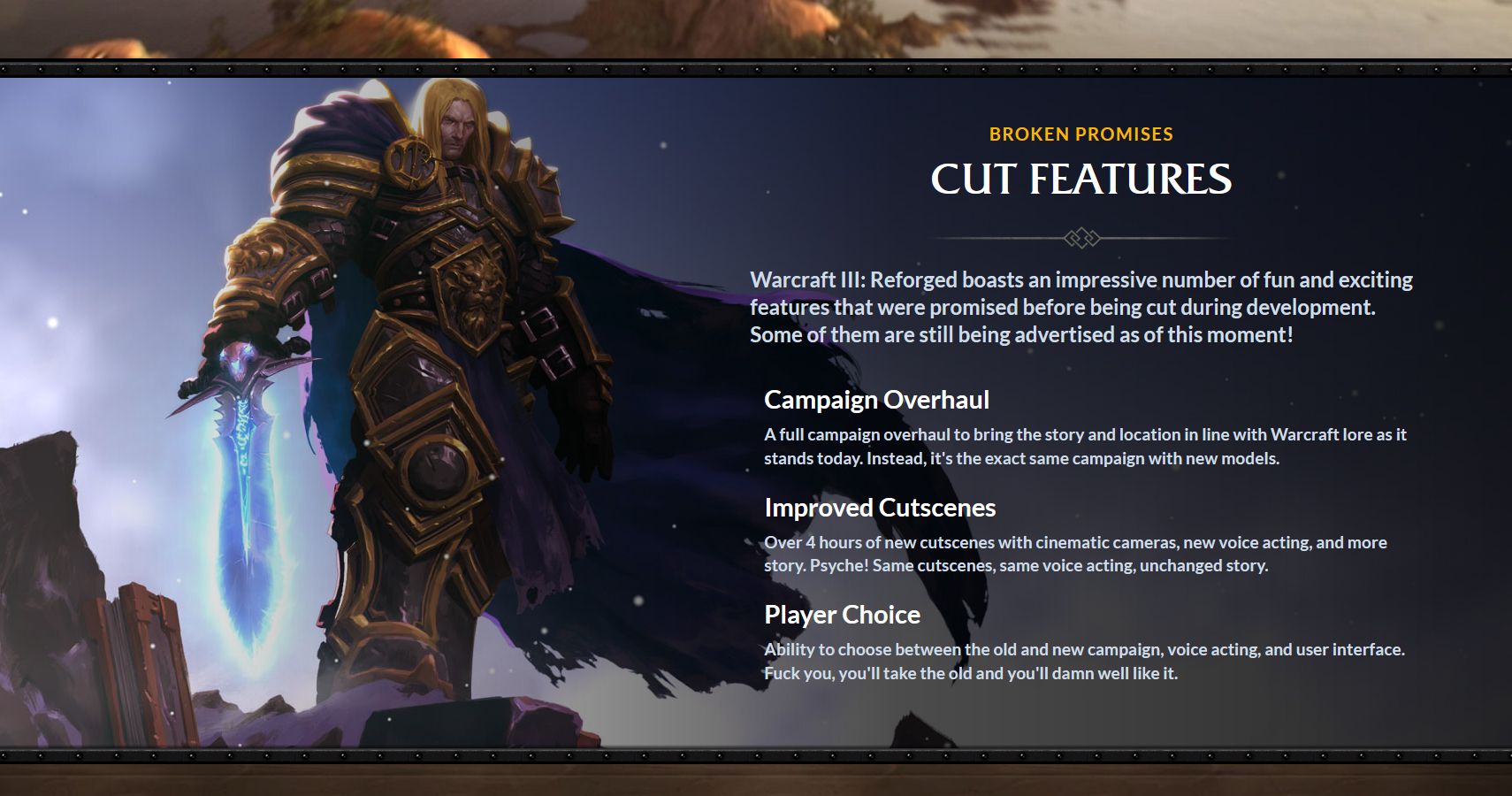 About the only part that is now outdated on this website is the section about refunds. Many were reporting it was difficult to receive a refund for Reforged, but Blizzard silently opened a new support page that automates the process. You can receive a refund instantaneously and under any condition. It doesn’t matter if you somehow already put 70 hours in the remaster or not.

Still, it’s telling that a page like this even exists. Fan outrage may not be the best barometer to judge issues, but it’s clear that Reforged was rushed out. The promised UI revamps are completely absent, the cutscenes have not been redone at all, and some features from the original version are missing. Heck, the original version itself is gone.

Even with the “apology” Blizzard issued earlier today, it has a long way to go to make it up to fans. This sort of sloppy release is becoming common in the industry and it is time something changes within the Triple-A space. Stupid little website like this may be a start, but fans need to start voting with their wallets.