When Nintendo Switch Sports was announced, I was kind of thrilled. I’m not an idiot – I knew it was going to be a barebones package. We’ve all been here a while, folks. We’re aware of how these things go. But I wanted the chance to play Wii Bowling and Wii Tennis without having to find Wii remotes and hook up my Wii U to a Wii TV.

Well, after spending most of my day playing every sport in Nintendo Switch Sports, I’ve come to a conclusion: I really love this game and really hate this game. It’s the perfect example of everything that’s both right and wrong. Someone once said to me that the show Monk was the exact middle ground of television. Everything was either better than it or worse than it.

This is Nintendo Switch Sports.

So, let’s start with the title. Nintendo Switch Sports. Look. Folks. It’s Wii Sports. I get that this game isn’t on the Nintendo Wii. However, Advance Wars ain’t on the GameBoy Advance no more, is it? We still call it that because that’s what people know it by. Sure, Wii Sports sounded like a sex thing or, if you’re more fun, very small sports. But still, that is the name. 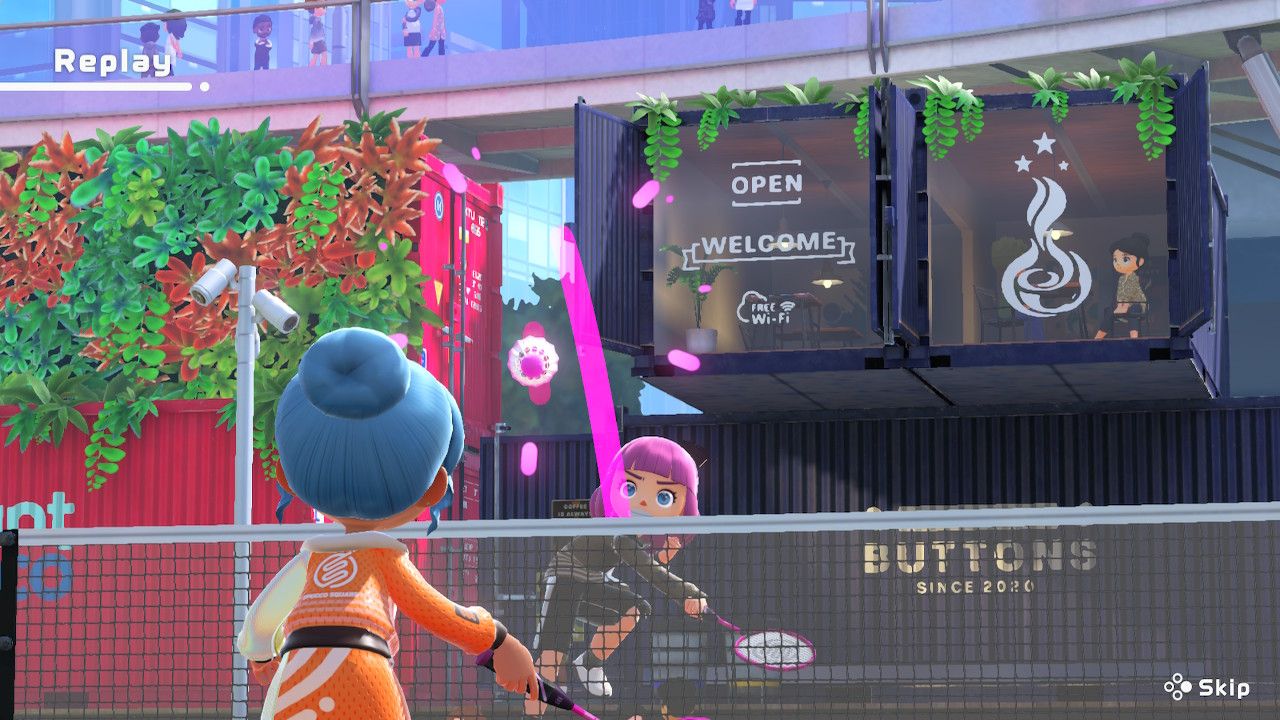 That said, oh my god it’s Wii Sports again! Is the bowling better than the bowling in Clubhouse Games? Yes, it is. Is Wii-like tennis still as fun as it used to be? Yes, there is. Is there sword fighting? You bet your bottom dollar. Are there other sports I’ll play once and never play again? Absolutely.

I’ve missed the simplicity of – goddamnit, these titles – Nintendo motion control sports games. Sure, they don’t have any depth. They’re not really supposed to. It’s moving your wrist until it’s sore to vaguely do the things you see on screen. The games are easy to pick up and they last only a handful of minutes. It’s nice to have a convenient game that I can kill a little time with before I have to leave my apartment.

So, back to hate, let me play those fucking games. I respect Nintendo does not want people accidentally throwing their Joy-Con at the screen. I really, really do. But for the love of god, I know about the wrist straps and to have room in my home. You don’t need to remind me at every menu change. Yes, this was also a problem with the Wii games, but for the love of god, it’s like hitting the brakes on fun. Remember five minutes ago when Nintendo Switch Sports asked you to put on a wrist strap and you did? Well, time to check that shit again, folks! 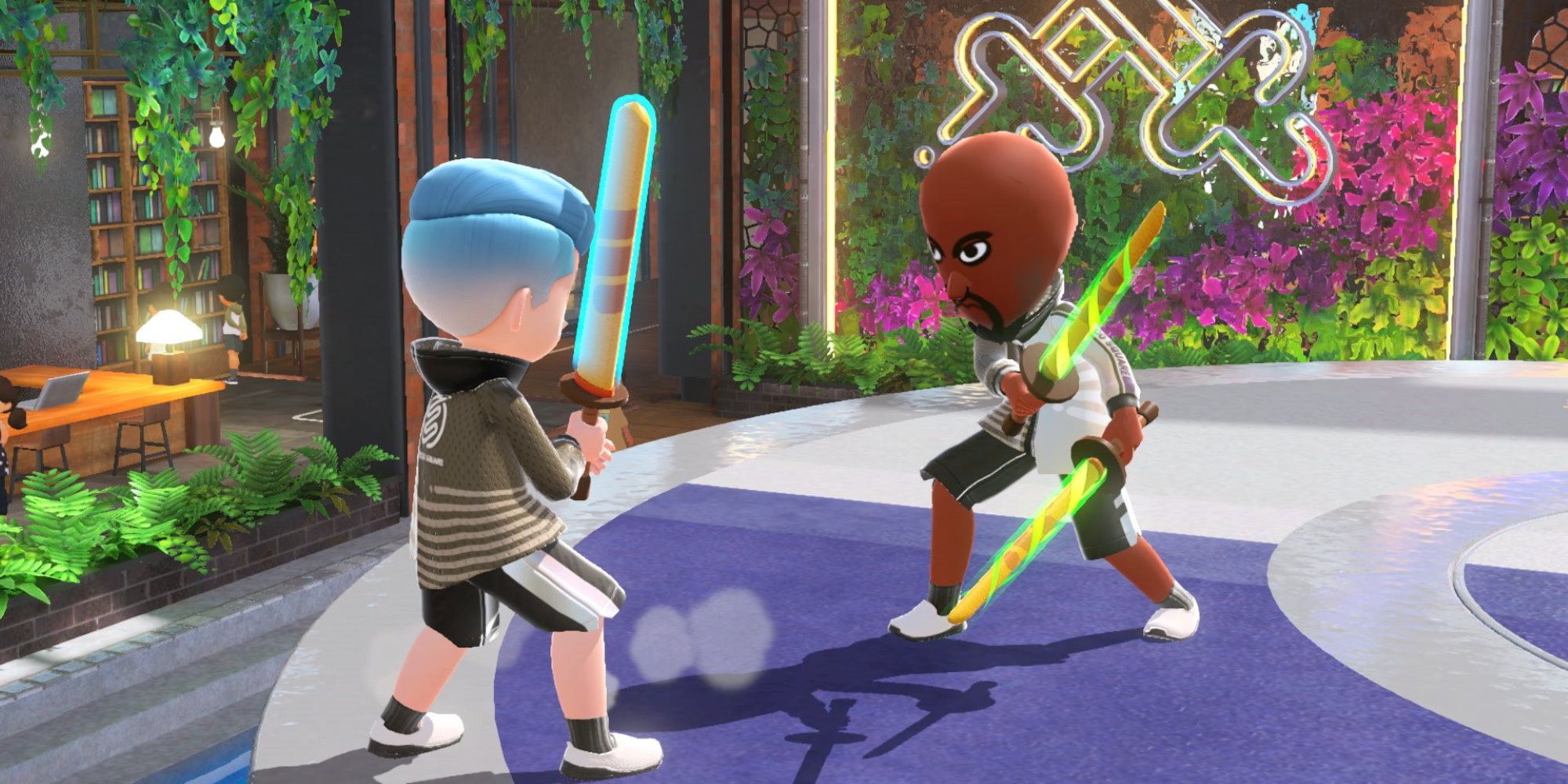 Also, why doesn’t the volleyball game just play itself? It tells you exactly how to hit the ball and when to do it, so there’s less ‘skill’ involved and more just… doing wild movements when prompted. It’s like a slightly bad quick time event minigames.

But I kinda love playing online? I don’t play a ton of multiplayer games. I’ve once been described by a friend as the only person on Earth who buys fighting games solely to play alone. So when I thought I’d fuck around with online play, I found out it was good. Surprisingly good. You’re never in a lobby too long and eventually you unlock a way to queue up a few sports at once so you can dive into the first one that has an opening online.

That said, this game came out just today and everyone is already god-level at bowling. How the fuck is everyone rolling full-ass strikes every turn? When bowling online, you’ve got sixteen people playing, and every three frames, the bottom half of scorers are kicked out. Fair rules, sure, but who are you people? How did you figure out this game immediately? This isn’t a complaint about the game so much as a complaint that everyone is a fucking master of this immediately. And that’s even before you get to ranked play. I’d “get good” but for the love of god, it’s fucking bowling.

On the other hand, the unlocks from multiplayer are great! Unlocking shit… is easy? As far as I can tell, you have to earn the same amount of points each time to unlock the ‘next‘ item that’s randomly chosen from a timed collection. I wanna reiterate that. This game doesn’t punish you for playing a lot by inflating the unlock numbers each time you do better. You can get new items by playing two or three online matches. It’s like a loot box, but it’s free and doesn’t suck. 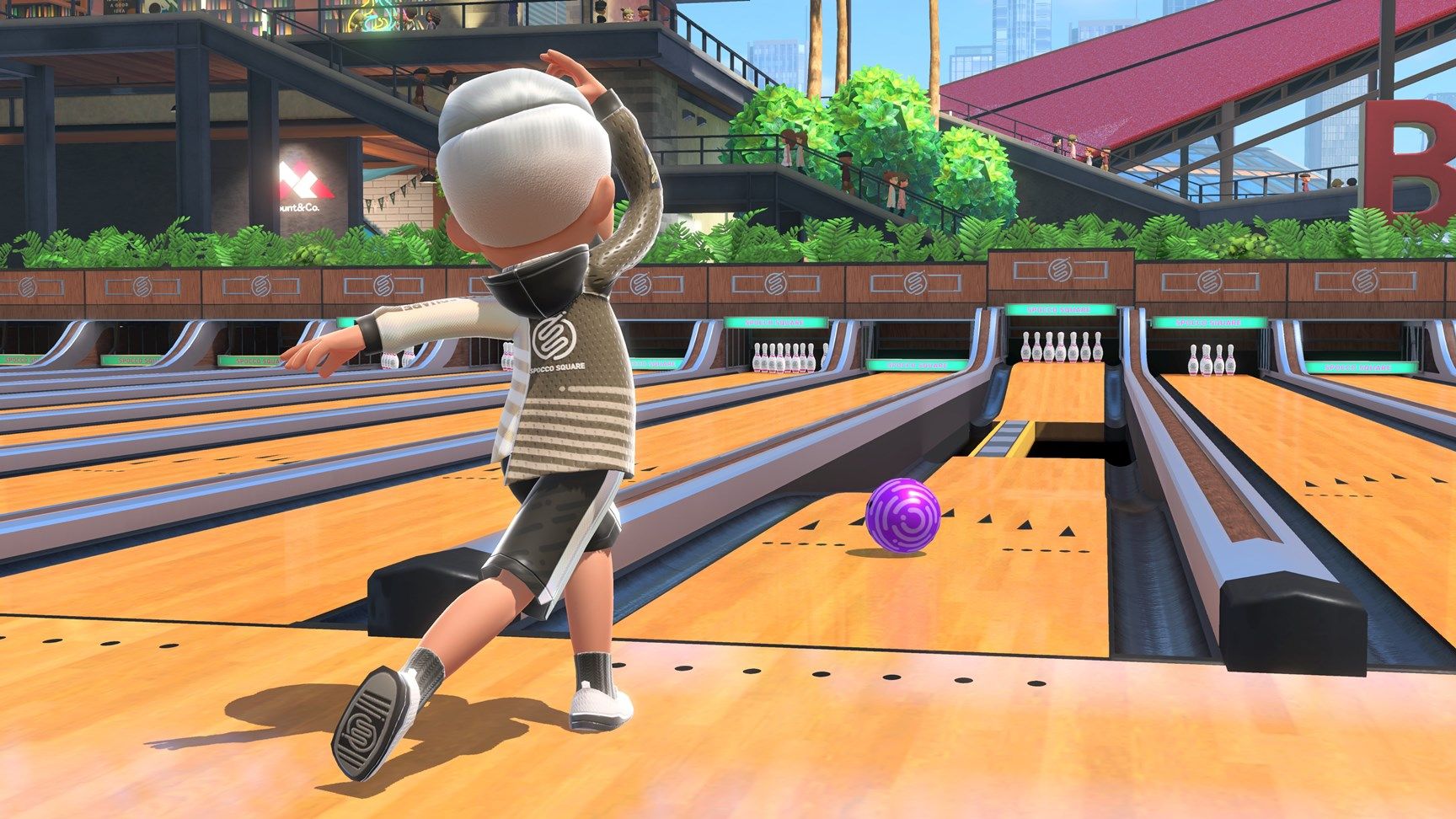 What sucks is that half of the games are about hitting a thing from one side of the net to the other. And for the love of god – Badminton? Really? Why not put fucking croquet in there, you millionaires? While tennis is still fun, badminton isn’t because badminton is essentially worse tennis. I don’t care if you disagree. I don’t care if badminton has a beloved tradition. It’s worse tennis. I’m never going to open this game and go, ‘You know what I’ll play instead of a fun sport? Badminton.’

Sure, golf is coming, which is probably exciting for people who hate fun. But what happened to baseball? Archery? Basketball? These were all motion-controlled sports that could exist on a Nintendo console in 2009. This collection is sparse. Ring Fit Adventure – which also uses a weird leg strap thing that never stays up – had more variety than this. There are so many great motion-controlled sports that would be amazing here. I’d name them, but I know next to nothing about sports. Hopefully Nintendo adds them.

Because I love playing them! I love tennis, bowling, and sword fighting – all of which were the games I specifically wanted out of the collection. Even the games that kind of suck like volleyball are still fun because they only suck for a few minutes. Badminton is easy to enjoy when you know you won’t have to play badminton soon. I’d love more sports and more variety in here, because even the games I don’t like I still kinda like.