For years now I’ve advocated for better LGBTQ+ representation as I’ve started to find comfort in my own sexuality. Seeing queerness embraced in cinema, TV, games, comics, or books has always been something I cherished. But it’s often minor, implied, or something handed off to side characters. The Owl House is different. Its lead heroine, Luz Noceda, falls in love with a girl called Amity Blight, and the two go on dates, hold hands, kiss, and have the same awkward young love that we see time and time again with straight couples. And every single moment they’re on screen together being adorable little baby gays, I tear up. I didn’t realise just how badly I needed to see unashamed queerness on screen.

A lot of representation pales in comparison to what The Owl House has done. It doesn’t treat its characters any differently, instead choosing to tell a romantic story amidst its fantastical world in the same way any other movie or show does. There’s a moment where Amity’s mother pulls her away from Luz and encourages her to turn against her friends, and in this moment, finds out they’re dating. The expectation is a homophobic remark or exclaming disapproval, saying that she needs to get a boyfriend instead. Instead, it’s disapproval of Luz herself, as she says she’ll find Amity a new girlfriend instead of a meddlesome human girl. Queerness is a normal part of this world, something that even bad parents are fine with, and to see it so accepted continued to punch me right in the heart, over and over.

Before watching The Owl House, I was mostly content with the best examples of representation we had, chiefly Doctor Who. It’s casual mention of gay relationships and queer companions meant so much to me growing up, and Jack Harkness in particular was a huge part of how I found comfort in my own bisexuality. Luz blows him out of the park. 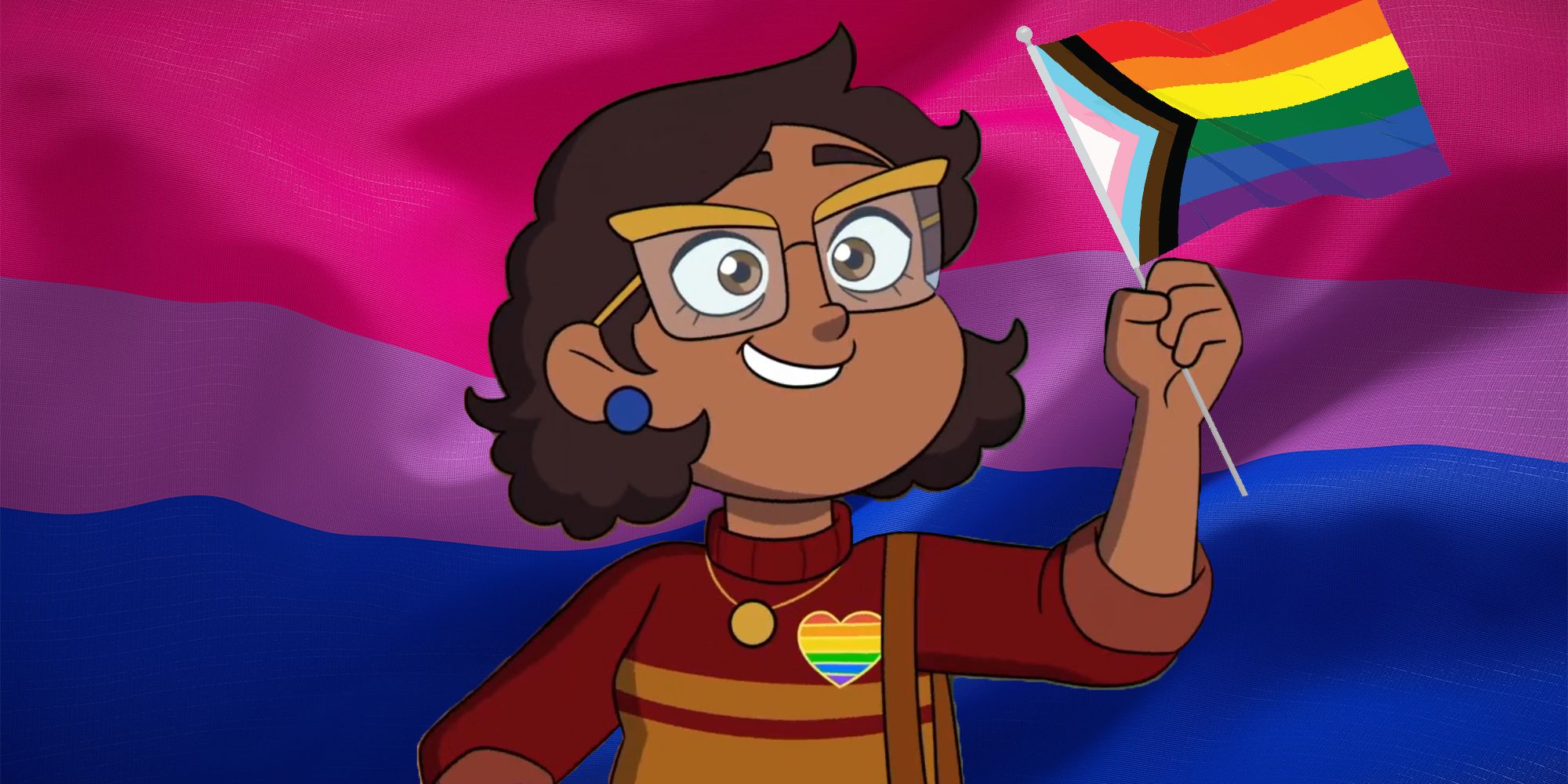 She openly flirts with boys and girls, and is now dating Amity, all without undermining her bisexuality and how in love she is with her fellow witch. She isn’t less bisexual because she’s with Amity, and nobody has used her dating a girl against her identity, something that happens far too often with bisexual people, myself included. While Harkness helped me find comfort, he fell into a lot of the trappings that often plague bi rep in the media, like being overly promiscuous and unable to hold a steady relationship, a tiring trope that unfairly labels bisexuals as greedy or overly flirtatious instead of actual human beings worthy of empathy. Luz stands in defiance of that, as she’s no different to anyone else – she just happens to like boys and girls.

I’ve long felt conflicted about my own bisexuality. There’s been years of confusion where I thought I wasn’t gay enough because I was dating a woman, or times when I’ve not felt straight, like I was lying to myself and trapped within a perpetual closet. All because I was being pushed in either direction, both within and outside of the queer community. Luz is bi, she dates Amity, and that’s that. To see that growing up would’ve been life-changing, as it's a revelation that took me years to come to on my own, but even seeing it now is a gut-punch in the best of ways. I’m so happy for them. I know they’re just fictional characters in a TV show, but they deserve every ounce of happiness and acceptance they can get. I also don’t mourn the lack of representation like this I had growing up, but rejoice for the younger generations who do. 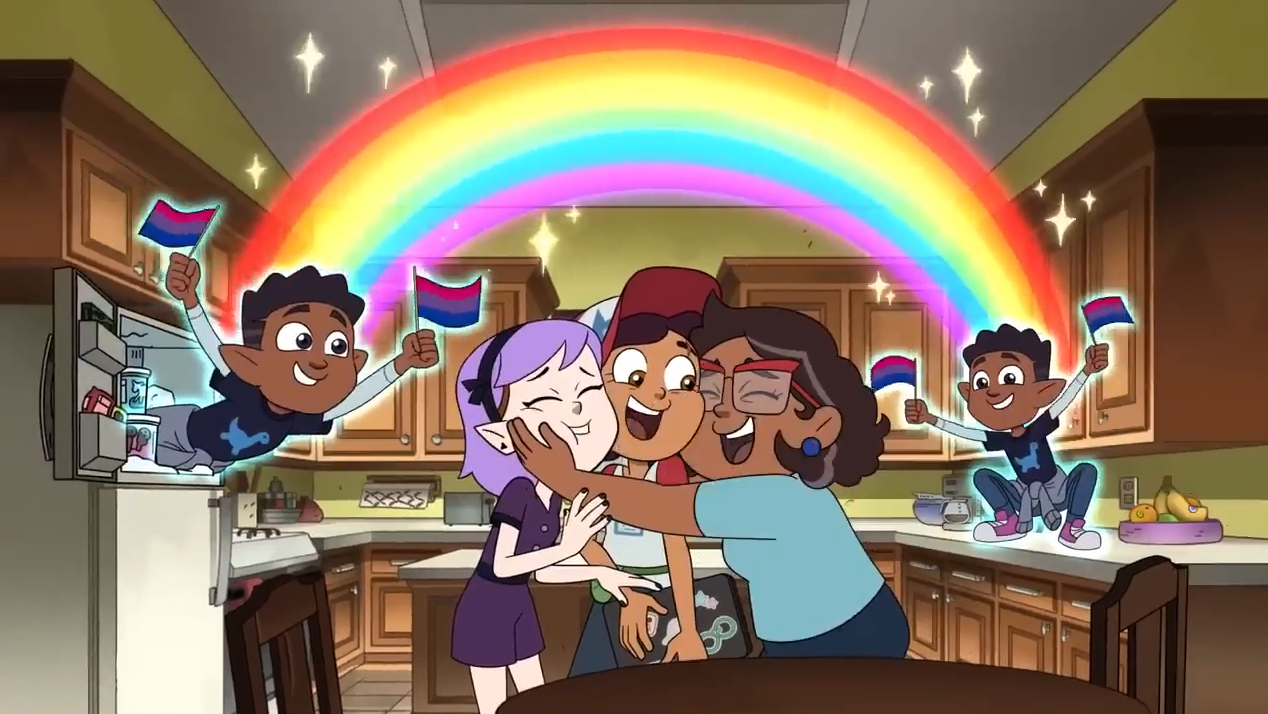 Bisexual representation has never moved me in this way. It was appreciated, knowing that it would normalise non-hetero relationships and individuals, helping combat stigmas and stereotypes, while also giving young people the means to discover their own identities with less fear. I got all that, and it did mean a lot to me, but it never hit this hard. The lack of homophobia, biphobia, and the normalness of it all got to me every single time. I’m not exaggerating when I say the two blushing moved me to tears, or the two kissing, or them holding hands, and calling each other sweet potatoes – all the little acts of love and kindness that are treated with complete normalcy.

The Owl House is a new standard for queer representation, never ashamed to put queerness front and centre with its leads. There’s no baiting, walking around it, or sidelining it for other relationships – queerness is woven into its very foundation, just like with any heteronormative romance. And like that, it understands that we find people, fall in love, and build relationships we deserve to lose ourselves in and shout about from the rooftops.

It’s not something to bury, but embrace and enjoy. That’s where representation tends to fall short. We don’t need to see the countless acts of homophobia and bigotry every single time there’s a queer relationship, striving for a realistic depiction – we get enough of that in the real-world. It’s amazing to just see two people falling in love and enjoying each other’s company, regardless of gender, and for everyone around them to accept that.