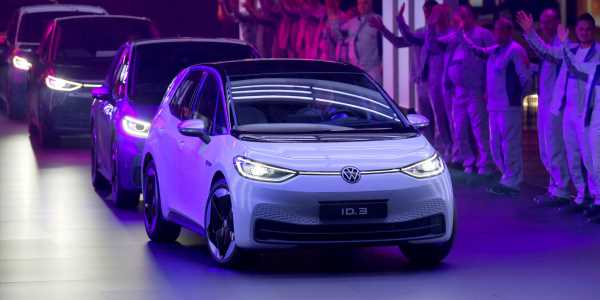 News broke this week that Woven Planet, a Toyota subsidiary, will acquire Level 5, Lyft’s self-driving unit, for $550 million. The transaction, which is expected to close in Q3 2021, includes $200 million paid upfront and $350 million over a five-year period.

Toyota will gain full control of Lyft’s technology and its team of 300. Lyft will remain in the game as a partner to Toyota’s self-driving efforts, providing its ride-hailing service as a platform to commercialize the technology when it comes to fruition.

The Toyota-Lyft deal is significant because it comes on the back of a year of major shifts in the self-driving car industry. These changes suggest the autonomous vehicle market will be dominated by a few wealthy companies that can withstand huge costs and very late return on investment in a race that will last more than a few years.

The costs of self-driving car technology

Costs remain a huge barrier for all self-driving car projects. The main type of software powering self-driving cars is deep reinforcement learning, which is currently the most challenging and expensive branch of artificial intelligence. Training deep reinforcement learning models requires expensive compute resources. This is the same technology used in AI systems that have mastered complicated games such as Go, StarCraft 2, and Dota 2. Each of those projects cost millions of dollars in hardware resources alone.

However, in contrast to game-playing AI projects, which last between a few months to a few years, self-driving car projects take several years—and maybe above a decade—before they reach desirable results. Given the complexities and unpredictability of the real world, designing and testing the right deep learning architecture and reward, state, and action space for self-driving cars is very difficult and costly. And unlike games, the reinforcement learning models used in driverless cars need to gather their training experience and data from the real world, which is fraught with extra logistical, technical, and legal costs.

Some companies develop virtual environments to complement the training of their reinforcement learning models. But those environments come with their own development and computing costs and aren’t a full replacement for driving in the real world.

Equally costly is the talent needed to develop, test, and tune the reinforcement learning models used in driverless cars.

All of these expenses put a huge strain on the budgets of companies running self-driving car projects. According to reports, the sale of Level 5 will cut Lyft’s net annual operating costs by $100 million. This will be enough to make the company profitable. Uber, Lyft’s rival, also sold its driverless car unit, Advanced Technologies Group (ATG), in December because it was losing money.

So far, no company has been able to develop a profitable self-driving car program. Waymo, Alphabet’s self-driving subsidiary, has launched a fully driverless ride-hailing service in parts of Arizona. But it is still losing money on the project and is in the process of expanding the service to other cities in the U.S.

Driverless cars are not ready for primetime

Not long ago, it was generally believed that self-driving cars were a solved problem and it would only take a couple of years of development and training to get them ready for production. Several companies had hailed launching robo-taxi services by 2018, 2019, and 2020. A few carmakers promised to make full self-driving cars available to consumers.

But we’re in 2021, and it’s clear that the technology is still not ready. Our deep learning algorithms are not on par with the human vision system. That’s why many companies need to use complementary technologies such as lidars, radars, and other sensors. Added to that is precision mapping data that provide the car with exact details of what it should expect to see in its surroundings. But even with all these props, we haven’t reached self-driving technology that can run on any road, weather, and traffic condition.

The legal infrastructure for self-driving cars is also not ready. We still don’t know how to regulate roads shared by human- and AI-driven cars, how to determine culpability in accidents caused by self-driving cars, and many more legal and ethical challenges that arise from removing humans from behind steering wheels.

In many ways, the self-driving car industry is reminiscent of the early decades of AI: The technology always seems to be right around the corner. But the end goal seems to be receding as we continue to approach it.

The self-driving car market is consolidating

What does this all mean for companies that are running self-driving car projects? Many more years and billions of dollars’ worth of investment in developing a technology that doesn’t seem to get off the ground.

This will make it very difficult for companies that don’t have a highly profitable business model to engage in the market. And this includes ride-hailing services, which are under extra pressure due to the coronavirus pandemic. Startups that are living on VC money will also be hard-pressed to deliver on timelines that are shaky at best.

Lyft’s sale to Toyota is part of a growing trend of self-driving car projects and startups gravitating toward deep-pocketed automotive or tech giants.

Waymo will continue to operate and push forward for self-driving technology because its parent company has a long history of funding moonshot projects, most of which never reach profitability. Amazon acquired Zoox last year. Apple is considering creating its own electric self-driving car. And Microsoft is casting a wide net in the market, investing in several self-driving car projects at the same time.

Traditional carmakers are also becoming big players in the market. Argo AI is backed by Ford and Volkswagen, both of whom have a major stake in the future of self-driving cars. General Motors owns Cruise. Hyundai has poured $2 billion into a joint self-driving car venture with green tech startup Aptiv. And Aurora, the company that acquired Uber’s ATG, is developing partnerships with several automakers.

As the self-driving car industry shifts from hype to disillusionment, the market is slowly consolidating into a few very big players. Startups will be acquired, and we can probably expect one or more mergers between big tech and big automotive. This is going to be a race between those who can withstand the long haul.