What's black, white, and red all over? Downwell. The 2015 roguelike with the Sin City color palette has been on my phone, on and off, for five years. I doubt it will ever leave for long.

Downwell, developed by Ojiro Fumoto, is a simple game. You are a little dude (who looks like a character from a Haus of Decline comic). You are trying to make it down the titular well. As you progress deeper, you descend through four regions until eventually facing off against a monstrous, well-plugging boss. If you die, it's all over, and you start again at the top of the well. Though you earn points each run which unlock new palettes and play styles, Downwell is a true roguelike. That means you never permanently gain a bigger health bar or more powerful damage output. You can expand your character's abilities during a run, but once you bite the dust, all that progress resets. Cosmetics stick around, utilitarian gains go out the window.

Downwell's roguelike design means that the well you traverse changes with each run. You can't memorize it, you can only get better. That replayability, and the brevity of individual runs as you start out, make Downwell the ideal phone game. There is significant depth, too, with builds varying greatly depending on which upgrade you pick at the end of each level. Additionally, you can choose between several play styles that change up the way your character feels to control. ‘Boulder’ expands your health bar from four to six, but causes your character's descent to speed up significantly. ’Floaty’ does what it says on the tin; your character jumps higher and moves more slowly. Mastering all of these takes a long time. But, hey, you can always keep the game on your phone for five years. 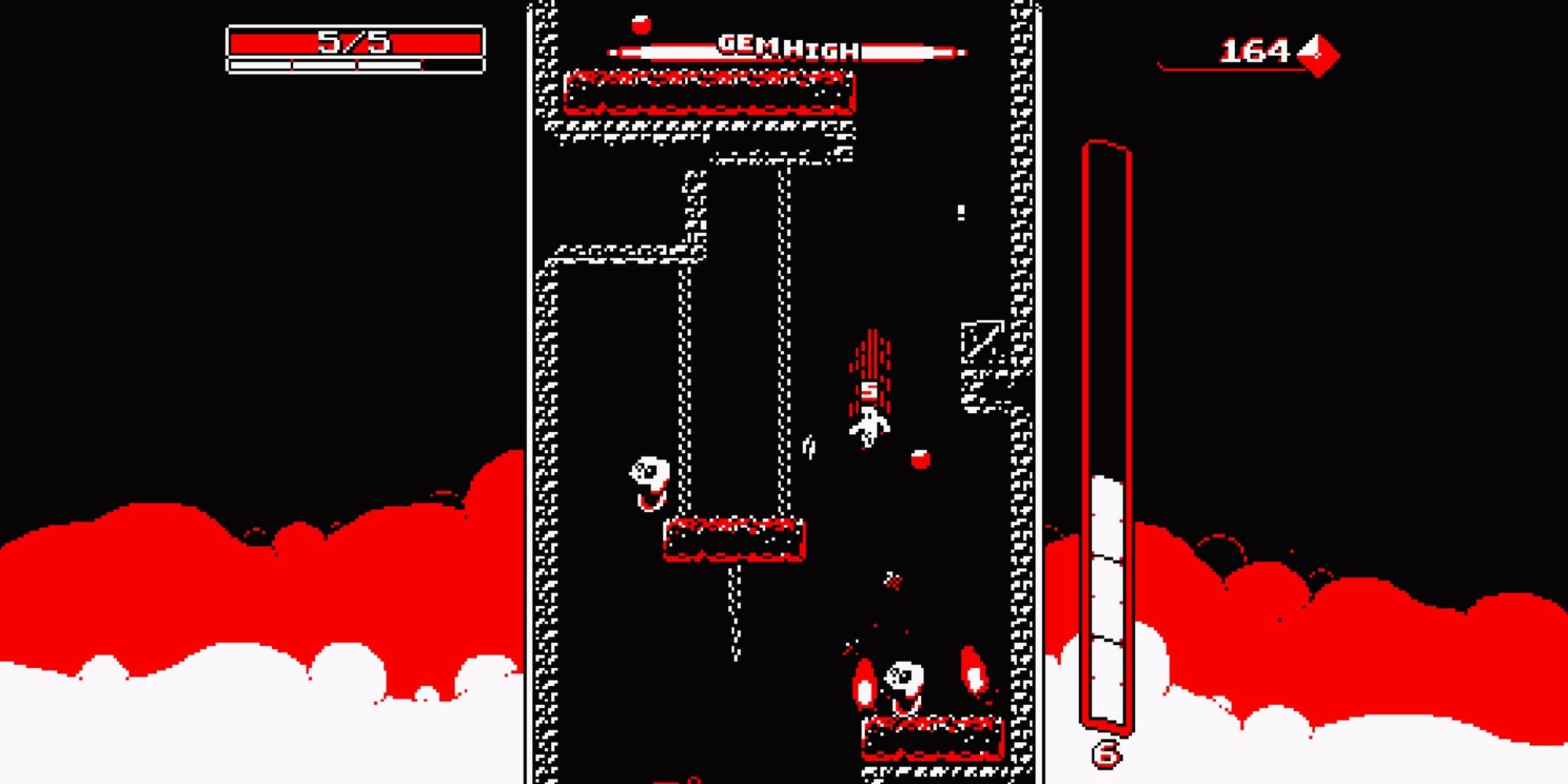 I was introduced to the vertically-oriented platformer by YouTuber Mark Brown, whose Game Maker's Toolkit video essay on it thoughtfully explained the game's multifaceted approach to design. In Downwell, Brown explained, a mechanic is rarely designed to solve only one problem. The player character's Gunboots, for example, are, primarily, a weapon to take out the enemies below you as you descend. But, as you fire, they slow your progress, allowing for greater maneuverability in the air. They also disintegrate terrain, which can be bad — it means you might accidentally destroy a platform you were hoping to perch on for a breather — or good — you can purposely knock out bricks in your path to maintain a combo you would lose by landing.

I play Downwell on my phone and, weirdly, that's actually the best place to play it. I own the game on PlayStation as well, but in that version, the vertical action is sandwiched between big swaths of empty screen. You also can play the game sideways, so that your TV essentially becomes a giant phone screen, which is a cool option to have but not especially convenient in practice. 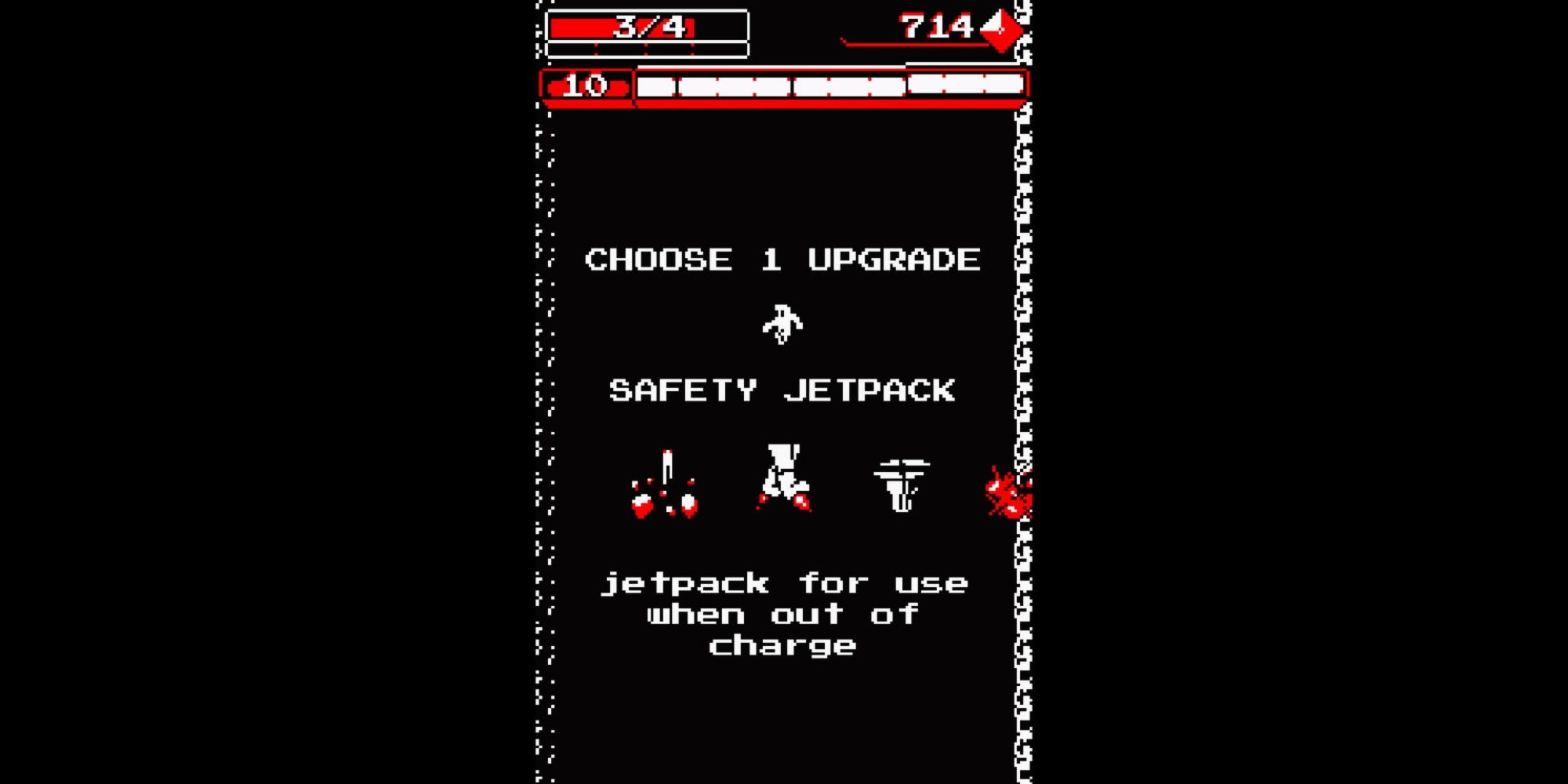 Mobile is where it's at. The game's three-button setup makes it a perfect fit for touch controls. You need to move left and right, and you need to shoot and jump. The game accommodates those needs with two big virtual buttons on the left side of the screen and one, a dual-purpose shoot/jump button, on the right. I typically shy away from playing complicated games on my phone. But, Downwell is the perfect mixture — simple controls, radical depth.

Downwell often gets compared to Spelunky, which makes sense given that they're both tough-as-nails platformer-roguelike hybrids where the goal is to delve deeper and deeper into an inhospitable underground world. But, Downwell is defined by a radical simplicity that even a game as focused as Spelunky lacks. A game where the primary mechanic is falling — where success is measured in how much you accomplish in an unwinnable war against gravity — almost can't help but tap into something elemental.