If there’s one thing the Legend of Zelda series is known for, it’s incredible soundtracks. Basically every game in the franchise has a soundtrack well worth listening to outside of its respective game. While the original Game Boy entries were limited due to the lack of advanced hardware, the recent Switch remake of The Legend of Zelda: Link’s Awakening gave the soundtrack an amazing redo that brought some of the more basic tunes to life.

Now, you can own that redone soundtrack along with the original.

As spotted on Play-Asia.com, Japan is set to receive a four-disc set for Link’s Awakening that contains both the redone Switch soundtrack and the original Game Boy tunes. Contained on some absolutely gorgeous looking discs, this set will come in a small box that accurately recreates the artwork of both versions. Both games will have two-discs each and the soundtrack will be released on March 23, 2020. You can nab it for $46.99 before import fees. This soundtrack is unlikely to head west, so you’ll want to reserve a copy if you’re eyeing it. 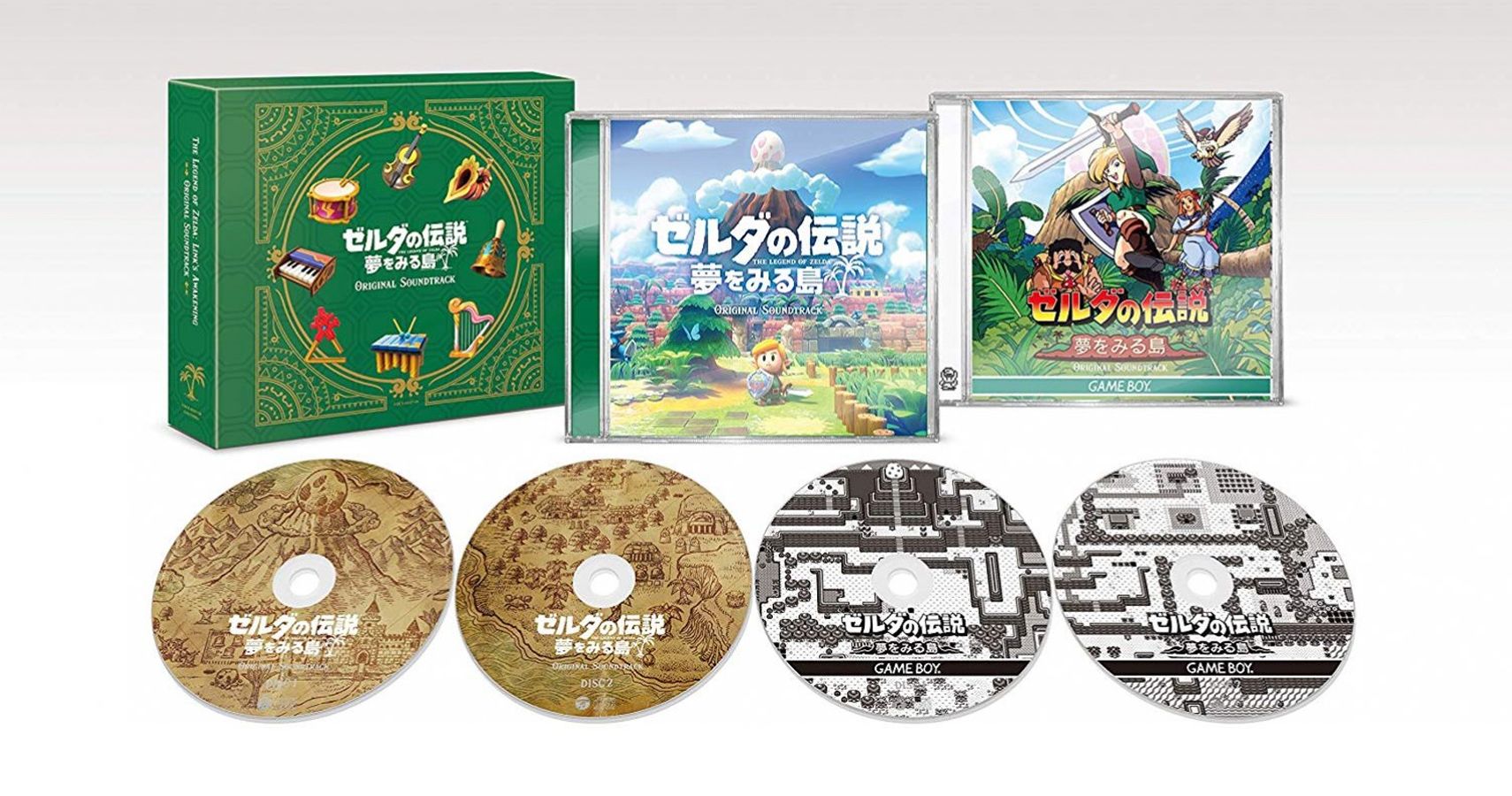 The Play-Asia page has the full tracklisting and it appears more intimidating than it really is. A lot of older games have songs that run less than two minutes in length. The idea was to create seamless loops with catchy boops and beeps so that developers could save on storage space. Newer games are given comparatively more freedom to expand, hence why the Switch version has some extra tracks.

It still might look insane that a single disc has 63 tracks on it. Considering a lot of the remakes arrangements are based directly on the Game Boy originals, it makes sense that these tracks wouldn’t be so long. We’re probably looking at a minute each or possibly 90 seconds.

Regardless, Link’s Awakening has a very eccentric and wonderful soundtrack. “The Ballad of the Wind Fish” is an absolutely gorgeous song and the work done for the Face Shrine’s theme in the Switch version is hauntingly beautiful. It really adds an extra layer of immersion to such a melancholy and somber tune. Having an official release with that on it is definitely tempting.