In Jojo's Bizarre Adventure: ASBR's All-Star Battle mode, you'll fight through canonical and dream matches from JBA's expansive multiverse. However, completing each battle is a fraction of the experience. If you wish to unlock more content and rake in coins satisfying secret mission conditions is a must. Unfortunately, revealing said conditions costs two-hundred-fifty gold per secret mission.

Of course, you could play blind and see what missions you accomplish without paying for hints. However, if you wish to work smart instead of hard, we've listed all the secret missions for you. This guide covers the first part, based on the Phantom Blood story arc. Part One is a short, one-page section with eight battles and twenty-four secret missions. 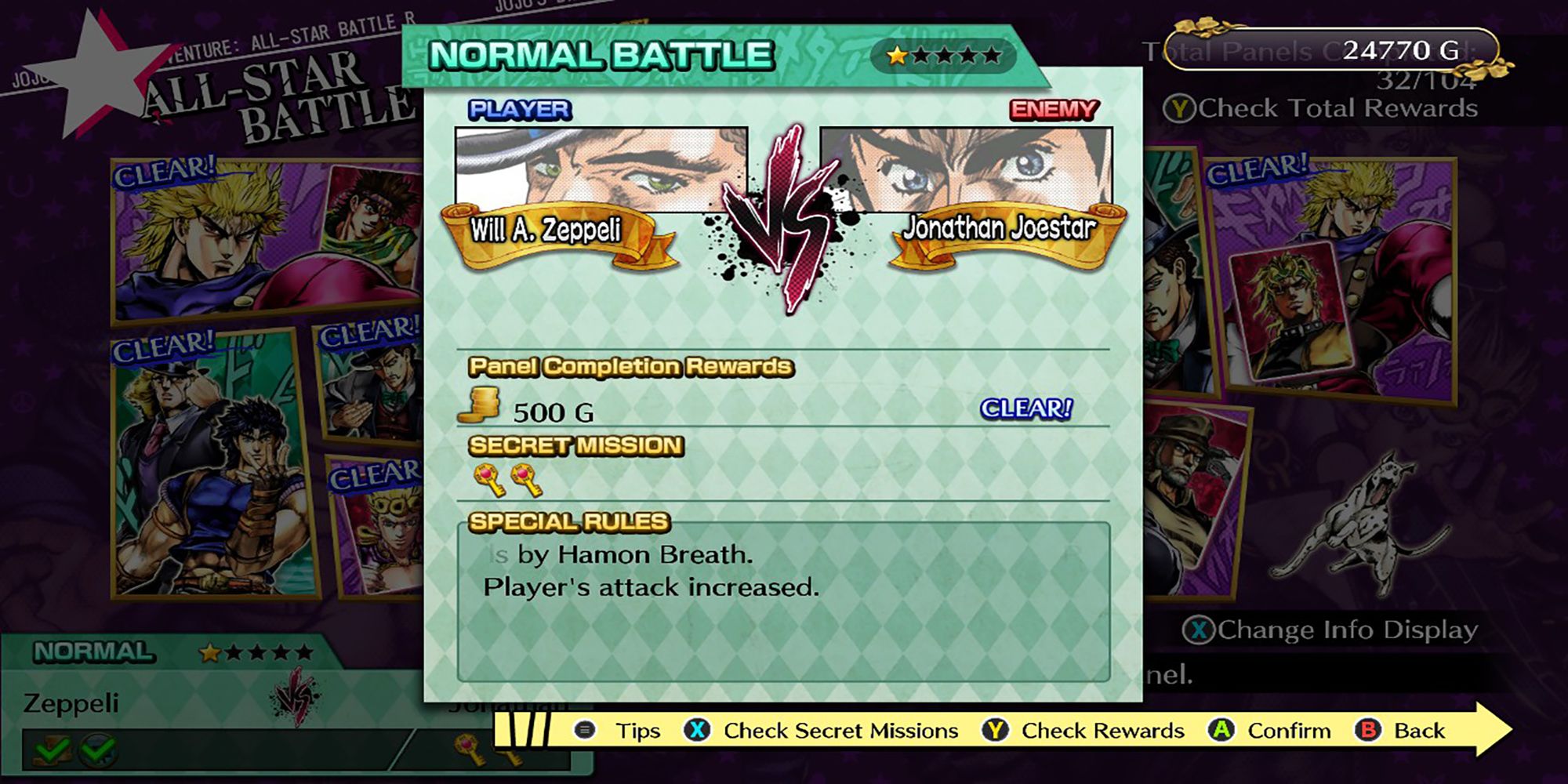