Kingdom Come: Deliverance has two opportunities to romance NPCs instead of just cavorting with them in bathhouses. The first is the Courtship side quest, where Henry can flirt with the niece of Peshek and current mill hand, Theresa.

This love affair shows Henry’s softer side, discusses life before the attack on Skalitz, and potentially blossoms into a full-blown relationship. We’ll explain how to complete the quest and any rewards along the way.

Before we start, you’ll need to have completed the Keeping the Peace main quest. Where the head watchman Nightingale will suggest you see Theresa to thank her for saving your life.

By completing this quest, you won’t be able to get the “Virgin” achievement on your current playthrough. 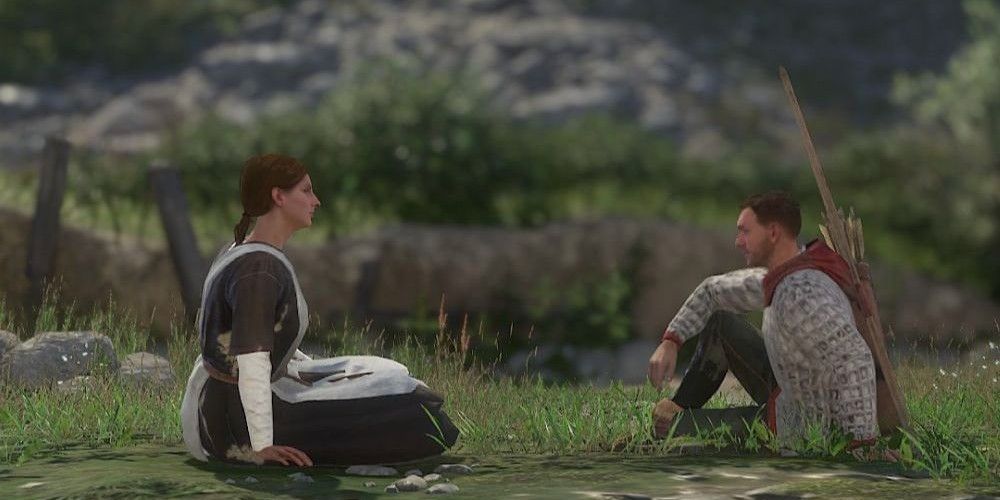 Head to the Rattay Mill and speak with Theresa before midday.

Ask her “How have you been?” and choose to go for a stroll along the river, don’t suggest walking to Gallows Hill or the Tavern, otherwise you’ll lose some reputation, and you’ll still end up going for a river stroll anyway.

To help with following NPCs, you can press Caps Lock on your PC to toggle between walking and running pace. Like when tilting the analog stick slightly forward on a controller to walk.

Walk with Theresa and listen to the unique small talk. After discussing Jan Hus, she’ll challenge you to a race, but it doesn’t matter if you win or lose (it’s the taking part that counts).

Sit with Theresa, then you’ll be prompted with a persuasion check. She enjoys talking with Henry, so the skill checks are easy. However, the speech choice will always be the easiest, as opposed to the social status or strength-based options.

After a short cutscene, you’ll be spawned back at the Mill. After three days, speak to her again.

Henry will wonder aloud how Theresa is doing, exactly three days after their last outing. This cue lets you know the next part of this quest is now available.

Go With Theresa To The Tavern 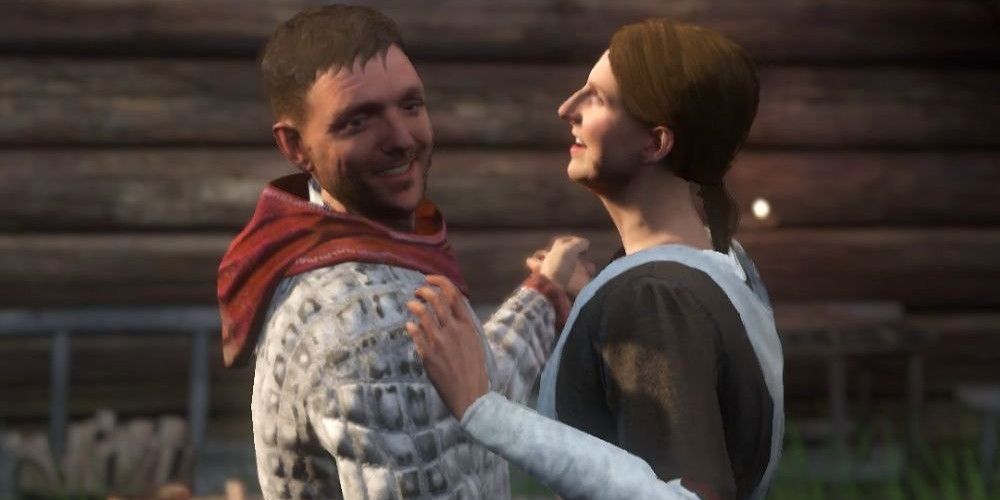 Talk to Theresa after 4 PM and ask her if she’d like to get something to eat. Walk with her toward the Rattay lower gate until the cutscene plays.

After a romantic meal and a pleasant dance, Theresa is accosted by a drunken lout at the tavern. Henry will push him away and get into a brawl.

The fight is easy. The drunk does little to no damage, so just keep swinging at him until the next cutscene plays with Theresa tending to Henry’s wounds. Once again, you’ll be spawned back at the Mill and need to wait at least three days before speaking to Theresa again. 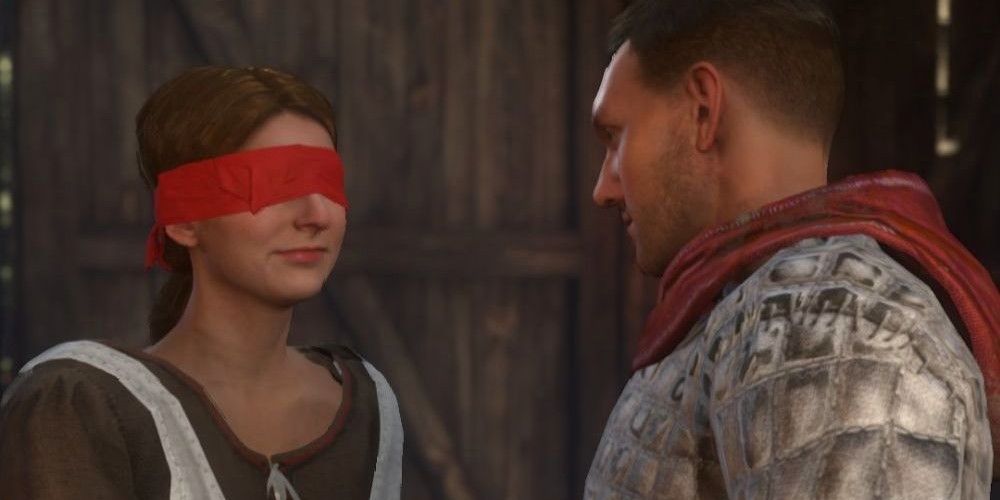 Talk to Theresa before 4 PM and agree to play blind man’s buff with her. Follow her into the barn, then a cutscene will play before putting you, unsurprisingly, into a game of blind man’s buff.

It doesn’t matter if you get caught or not, but do not leave the barn. If you do, you’ll fail the entire quest.

This next cutscene contains graphic nudity and sex, just so you’re aware – in case there’s anyone else in the room you might not want to see it.

A storm will pass through, and Theresa remembers the laundry she had outside. Follow her outside and help with picking up the aprons, then follow her back to the barn. Another cutscene will play where Henry and Theresa will, well, deliberate some of the more practical applications of intimacy. In plain English, they have sex.

Afterwards, Henry will awake in the barn and have the Smitten status buff that increases charisma by three for 24 hours. You’ll also be rewarded with the Mclovin’ achievement.

That concludes the quest, and now you can visit Theresa to discuss the next steps in your relationship at any time.