In Kirby and the Forgotten Land, everybody needs Kirby's help. That need for a pink and fuzzy helping hand extends to the animal kingdom, as well. The ducks of Welcome to Wondaria, the first level of the Wondaria Remains world, need Kirby to guide them home.

Shortly after the level begins, you will stumble upon a mother duck with white feathers who has been separated from five of her ducklings. Luckily, they're all nearby — just out of sight. In this guide, we'll walk you through where to find all five. Once you have them in tow, simply return to the mother duck to finish the mission. 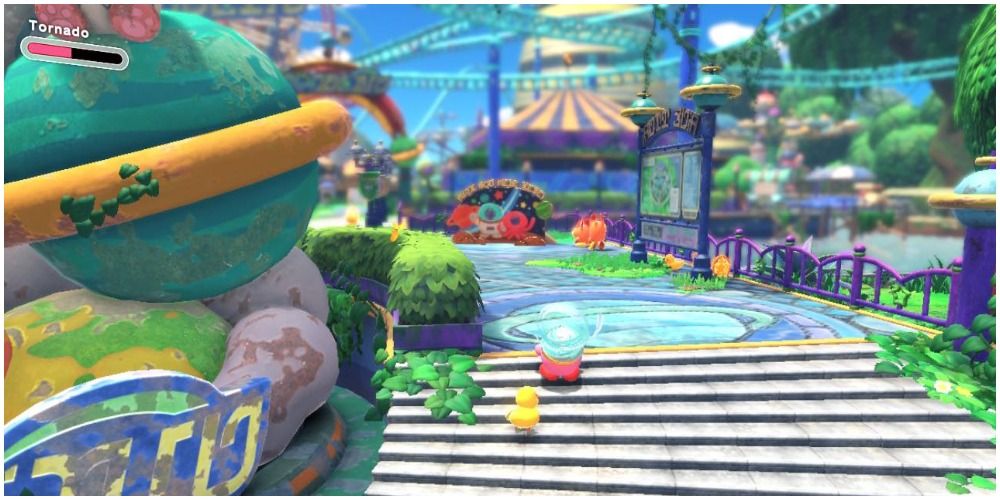 Immediately after entering the theme park, you will see a rocket ship statue with stairways on either side. On the right, spot the first duckling, who will begin following you when you get close enough. 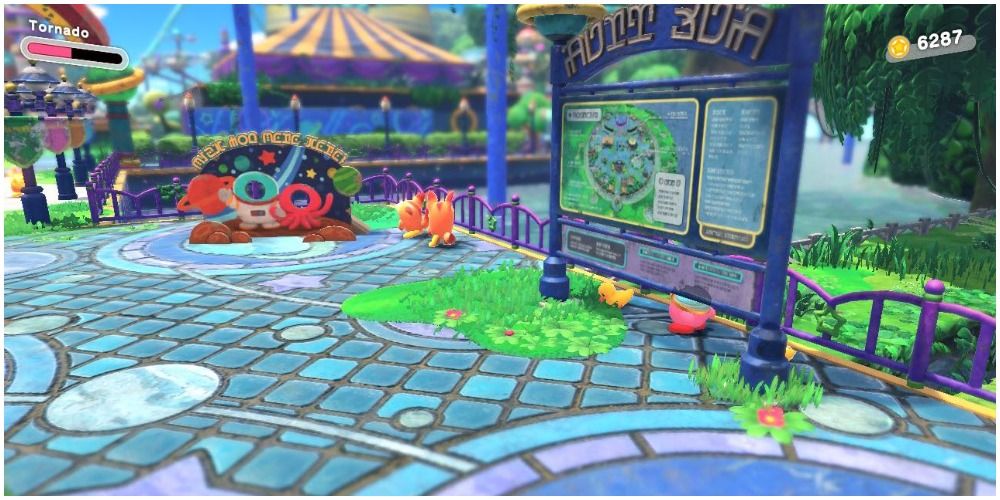 In the same area where you found the first duckling, head slightly further in and walk behind the the park map. Here, you'll find the second duckling. 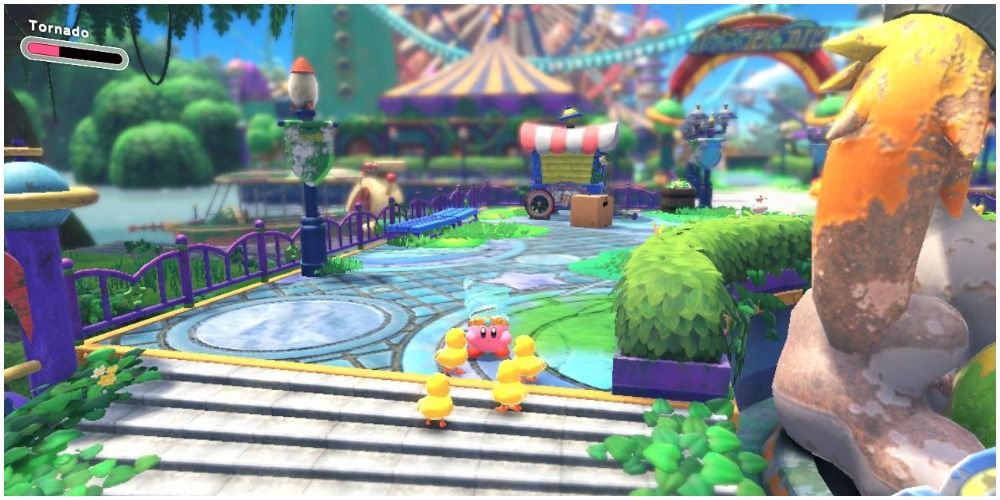 The third duckling is on the other staircase, near the hedge, opposite where you found the first duckling. 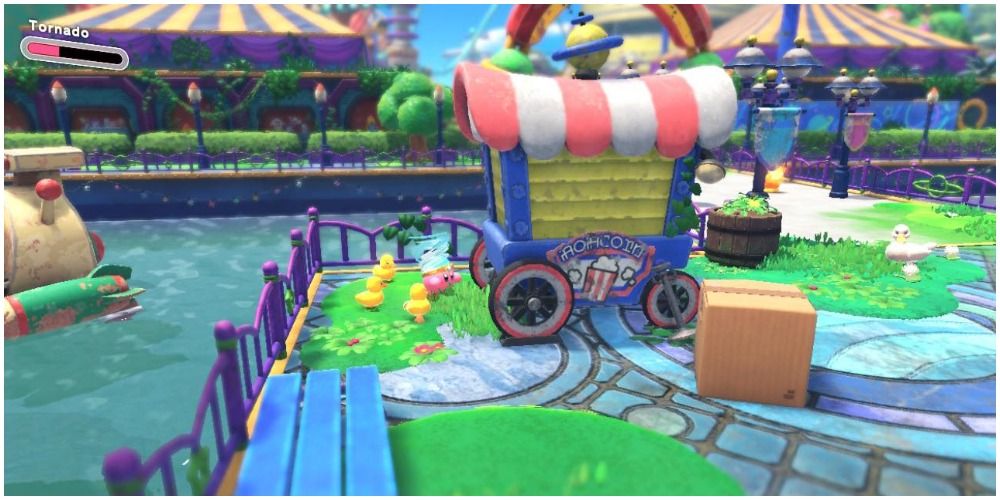 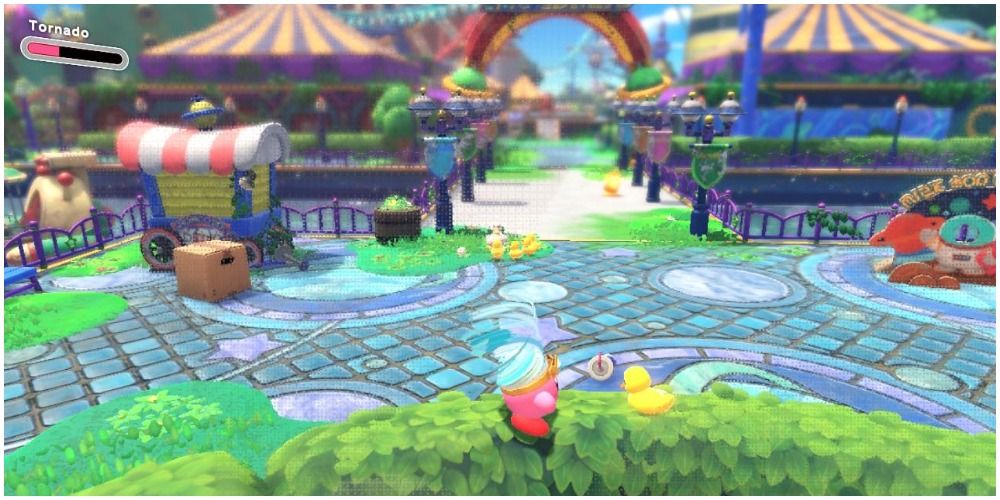 The fifth duckling is a little bit trickier to spot than its siblings but is in the same general area. Climb onto the hedge surrounding the central display, and walk on it until you get directly behind the statue.

Here, you'll find the fifth yellow bird. Now, you can return the duckling to its mother and complete this mission. Doing so will pay out two gold coins and one big green coin as a reward.