A new startup accelerator and incubator aims to provide a pipeline for products and projects for the Kubernetes ecosystem by “nurturing and funding” open source software development.

Founded out of Boston in March, Kubeshop is majority-owned by venture capital firm Insight Partners, alongside Veeam cofounder Ratmir Timashev, who sold his data backup and recovery platform (to Insight Partners) for $5 billion last year.

As one of the world’s most popular and powerful open source projects, Kubernetes needs little introduction. Emanating from Google in 2014 and later hosted by the Cloud Native Computing Foundation (CNCF), Kubernetes is an open source orchestration platform that automates many of the resource-intensive manual processes involved in managing containerized applications — it ultimately helps accelerate development velocity and agility.

Containers, for the uninitiated, are software packages consisting of all the components needed to help companies operate in public clouds or private datacenters and solve the problem of getting software to play ball when its moved between environments. A recent Forrester report commissioned by Capital One noted that enterprise container adoption was growing as part of a broader transition to the cloud and microservices.

Kubernetes has been adopted by countless companies beyond Google, from Bose, Box, and BlackRock to IBM, Huawei, and Spotify. As with other successful open source projects, numerous companies have built commercial services on top of Kubernetes — and investors are taking note.

Put simply, Kubernetes is hot and getting hotter, which is where Kubeshop comes into play.

Kubeshop cofounder and CEO Dmitry Fonarev said Kubernetes is no longer just a niche technology used by advanced engineering teams and is now enjoying wider usage. He also elaborated on the factors behind this shift.

“More developers and DevOps teams are realizing its [Kubernetes] power and scale,” Fonarev told VentureBeat. “Because Kubernetes is complex — the expansion of tooling in the space makes it easier to onboard newcomers and operate and integrate with existing CI/CD workflows and the rest of the developer and DevOps ecosystem.”

This creates something of a “flywheel effect” — which investors love.

“At a strategic level, some wise people believe that what operating systems did to the computer industry a few decades ago, Kubernetes is doing to cloud and SaaS infrastructure software now,” Fonarev added.

Just six months after its formal foundation, Kubeshop has three developer-focused open source projects in production. Kusk, which is targeted at API developers; Kubtest, which integrates testing frameworks into Kubernetes application development; and Monokle, which is essentially a manifest IDE for Kubernetes. 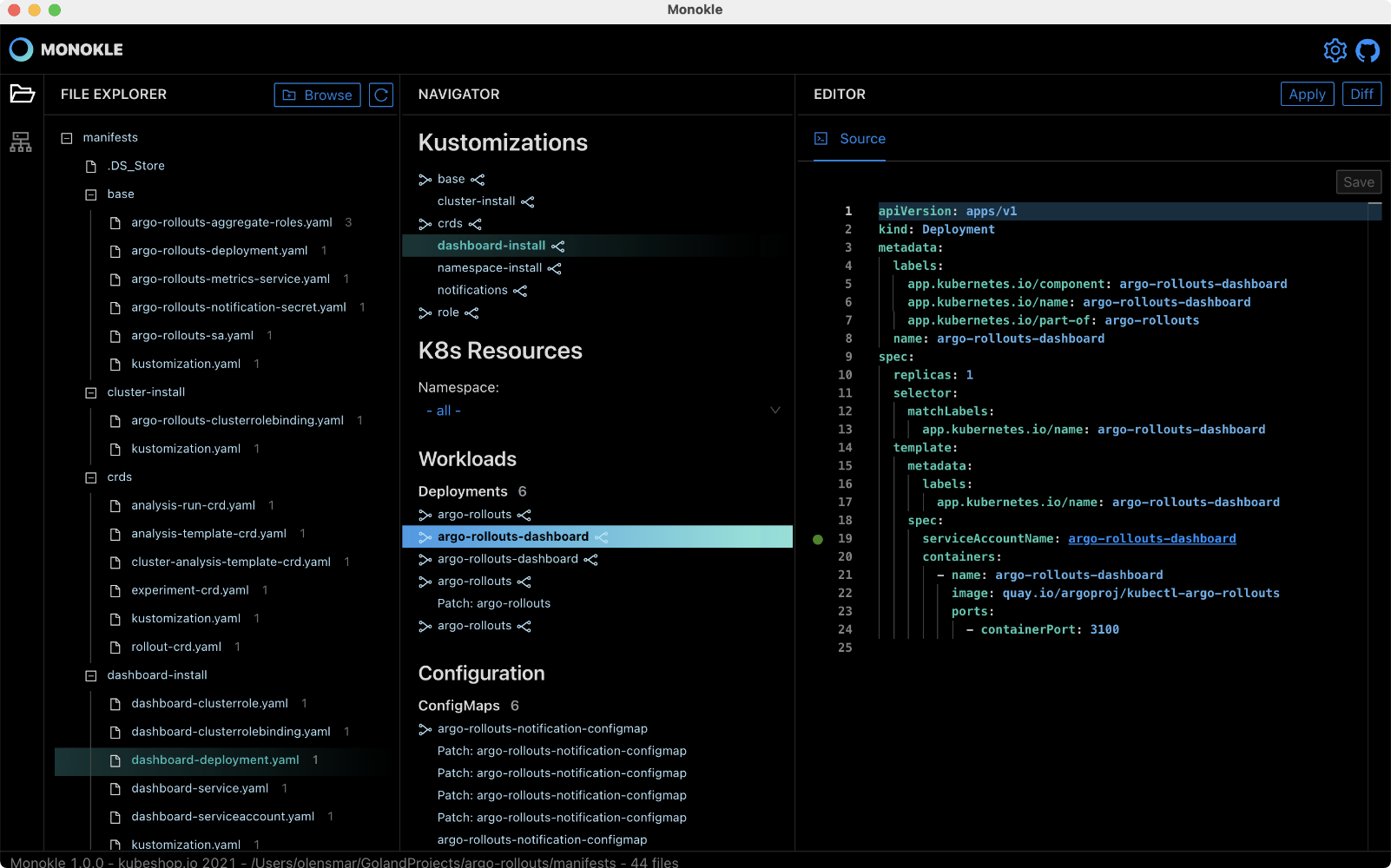 In terms of how Kubeshop’s projects get off the ground in the first place, Fonarev said he and CTO cofounder Ole Lensmar have “many years of experience” in the developer, testing, and DevOps space and so have good ideas themselves, although they also look externally. Moreover, while some of their projects may ultimately flounder, Kubeshop is not putting all its eggs in one Kubernetes basket.

“We generate ideas internally, some ourselves and some by hiring creative and innovative SMEs, then we build autonomous teams around each one of these,” Fonarev explained. “When — or if — those projects prove to be successful [and] have enough of the community and traction, we may spin them off as standalone commercial companies.”

Each Kubeshop project has its own individual team and leader, though Kubeshop does share some resources across projects, such as developer relations, infrastructure, and general expertise. Looking to the future, Fonarev said the team is aiming to have as many as 10 projects running by the end of 2022, and perhaps double that the following year. And while there could be scope to extend coverage in the future, the current focus is firmly on Kubernetes.

“We believe that Kubernetes represents a strategic evolution in the software industry,” Fonarev said. “At the same time, it is complex, and overall it’s not used by many developers. Most of the tooling in the space has been built for DevOPS and for the ‘experts.’ We are focusing on developers and testers — and most importantly, making it easier for people to get started.”

It’s still very early days for Kubeshop and its triumvirate of open source projects, but Fonarev said they are in discussions with several enterprise companies, including a bank. However, he’s adamant that Kubeshop isn’t really focused on “selling” at the moment — that will come later. “Our focus is around getting people to adapt, use, validate, and provide feedback to inform the projects’ evolution,” he said.

How To Find, Download And Install Half-Life: Alyx Mods And Custom Maps
News

Games Inbox: What is the best N64 game?