A video of leaked alpha gameplay for Cyberpunk 2077 has been spotted on ResetEra, showing the game early in development and in third-person.

The footage, which can be seen here, shows V waking up at Sandra’s apartment. He starts talking to a character called Pat, who seems like a possible early version of Vic, about a man named Ronnie, before exploring the apartment and showing us how interactive Cyberpunk was supposed to be. 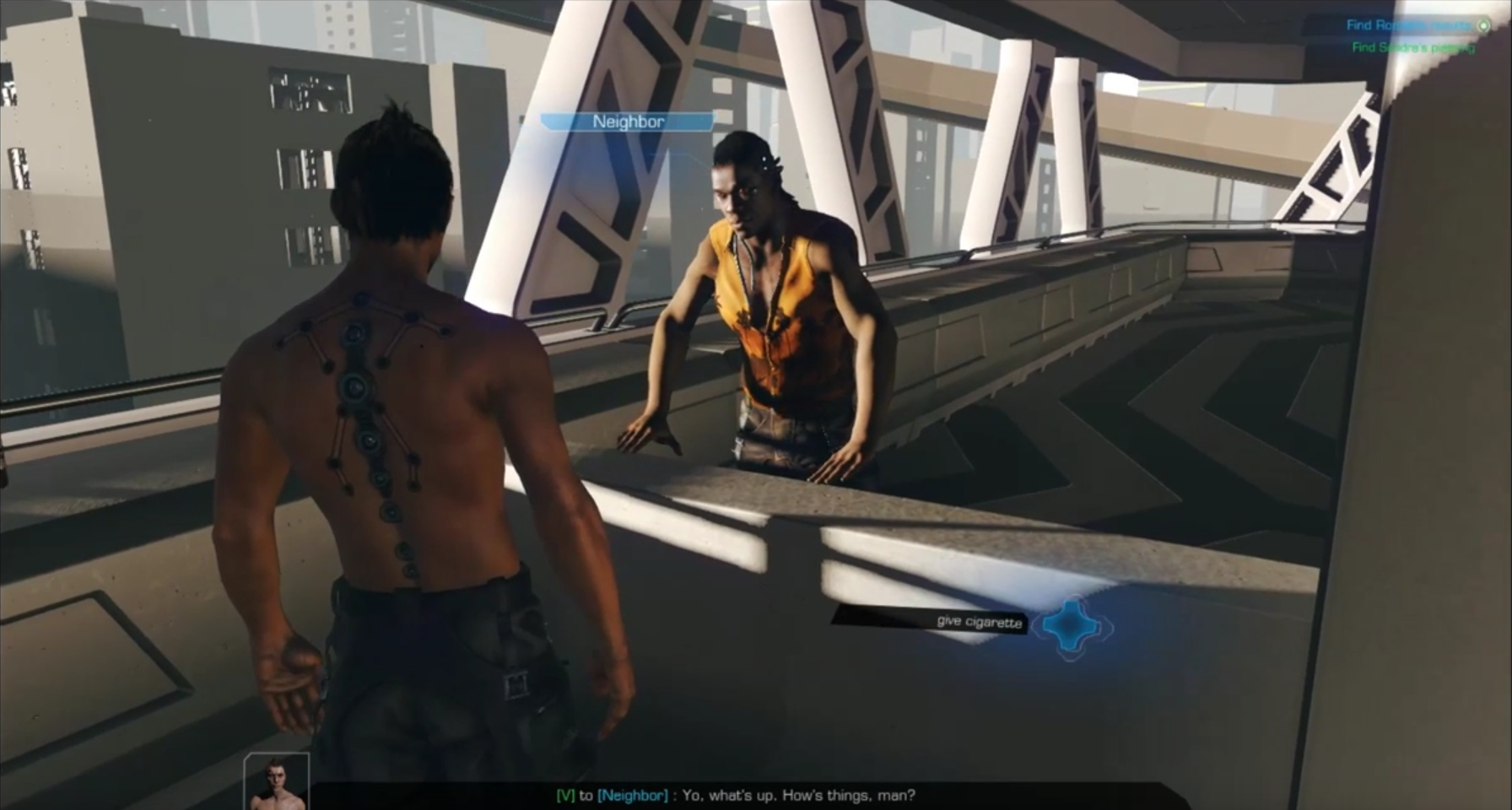 V walks around the apartment in third-person whilst talking to Pat, and is able to interact with a variety of items, including cigarettes, beer, and a machine that cooks him a sausage. The player is also able to use the d-pad to choose V’s responses to Pat. The apartment itself is full of items and things to interact with, even if it’s still clearly early in development.

The footage continues and shows V talking to Sandra in the shower, where she asks him to get her a piercing that the player interacted with earlier in the footage. He asks her about Ronnie, before leaving the bathroom to look around the area some more.

The player then walks back into the apartment and sits down on a chair, before heading outside to look at a very early version of Night City. The footage ends but does show some vehicles flying around the high-rise building.

Considering this footage is from 2013 and shows the game in a third-person viewpoint, it does paint a picture of how much Cyberpunk 2077 has changed over its lengthy and rough development. It was previously said that Cyberpunk was meant to be in third-person and feature flying cars until 2016, where it’s development changed to what we know now.

It’s likely that this footage has been taken from Cyberpunk 2077’s source code, which was recently stolen from CD Projekt Red.