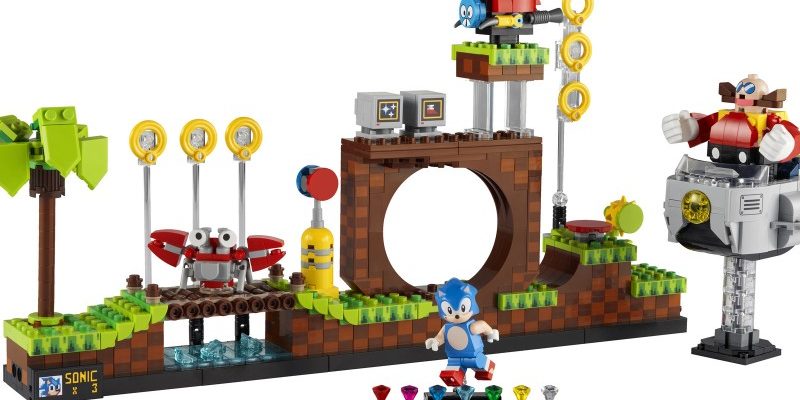 LEGO and Sega are teaming up for a New Year’s release of the LEGO Ideas Sonic the Hedgehog Green Hill Zone set. The build is a take on some iconic stage pieces from the speedster’s first outing, complete with a Sonic minifig and a devious Dr. Eggman.

You’ll be able to build this 2D-inspired set early next year that features modular elements, which looks to allow the level to be rearranged or connected to other LEGO sets for fun mashups.

Here’s the full rundown of features as told by LEGO:

Those gem rewards are colorful Chaos Emeralds you can collect and store on a special pedestal as you find them.

LEGO fans design these LEGO Ideas sets and this Sonic-themed kit was submitted by Viv Granell, described as a LEGO superfan based out of the UK. After submission, Ideas are voted on by the public, and those who get a total of 10,000 votes are considered by LEGO to be released as a real set. Fortunately for Sonic fans and Granell, this one made the grade just in time for the blue blur’s 30th anniversary.

This LEGO Ideas Sonic the Hedgehog Green Hill Zone set will be available for purchase through LEGO’s website on January 1, 2022, and will cost $69.99.

What do you think of this Sonic LEGO set? Does it do justice to Green Hill Zone? What other levels would you like to see in brick form? Let us know in the comments!