Deck-building roguelike Loop Hero is a game that puts emphasis on experimentation, patience, and a bit of ingenuity when it comes to picking and placing cards.

One subset of these cards is the Roadside cards. These cards can only be placed adjacent to the road. Which one is the best? Are there any unique combinations or play styles for the different cards? We’ll cover all the roadside cards here, ranked from worst to best in the game’s current state.

8 Chrono Crystals – Tricky To Use 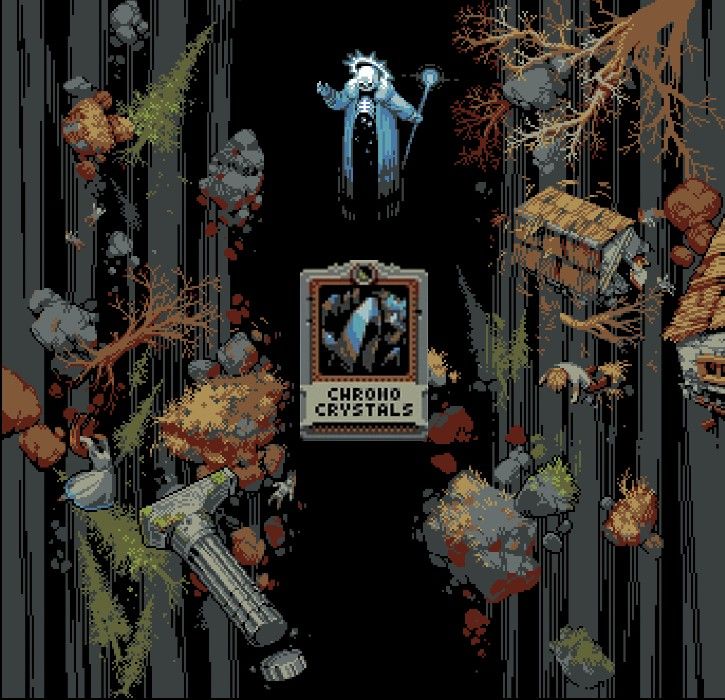 Chrono Crystals can be super fun and quite useful, but they’re a bit tricky to use. The card doubles the passing of time, which means any nearby tile that has a day-by-day effect basically happens twice as often.

You can use this to increase adjacent Blooming Meadows healing per day, increase the spawns of your spiders from their Cocoons, and even get more Harpies spawning from Mountain Tops (if you would ever want this to happen…) Chrono Crystals are low on this list because they’re difficult to use.

The Smith’s Forge is an interesting card: it will eat up items in your inventory and provide your hero with a damage reduction buff, up to 30 percent if three items are exchanged. Seems fine, right? Smith’s Forge does work well with the Rogue because of all the junk gear you collect each run. But for the other classes? Hm.

Well, every six times you pass the Forge, a Living Armor will spawn in the adjacent tile. These guys are tough — seriously tough. They’re one of the hardest monsters to kill, and by the time you actually spawn one, you’re at least six loops into your run. They can be literally run-ending.

6 Bookery – Only Useful For Certain Playstyles 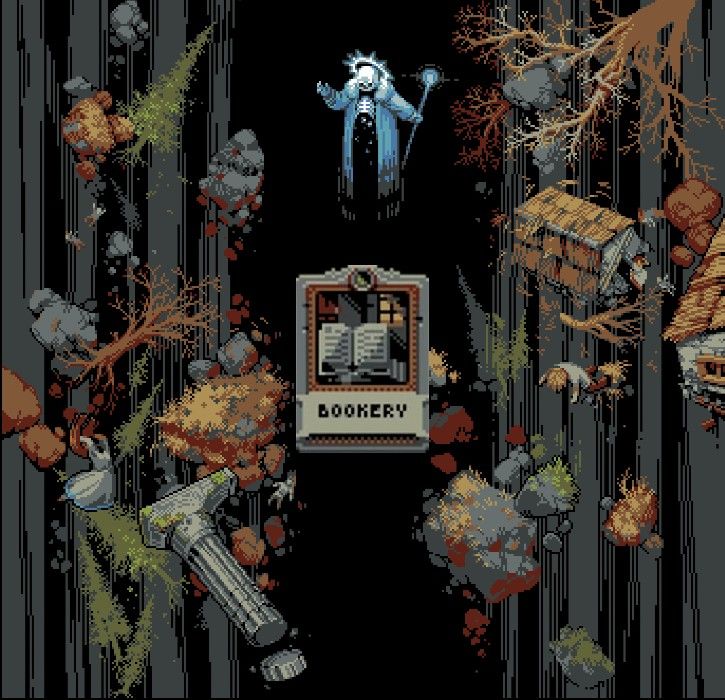 Don’t get us wrong: the Bookery is a great card for very specific playstyles, but on your average run, the Bookery is a bit useless and ends up spawning either a Watcher Mage or Vampire Mage (if the Abandoned Bookery is next to a Vampire Mansion) when it’s depleted.

So, when is this card actually useful? Well, it cycles through your cards, which is ideal if you’re going for a speedy run. You can get the cards you need out much quicker while ignoring all those Forest and Desert tiles — it works well for a Rogue that relies on getting those packed-out Rivers up quickly.

5 Outpost – Be Careful With This One

The Outpost is extremely useful…if you’re playing as the Rogue. Either the Warrior or Necromancer can still make use of this class, but your best loot will end up being pinched by the soldiers that come to help you.

Ideally, you want to set up your Outpost on tiles that are densely populated with strong enemies. Because the Rogue doesn’t collect loot from fights anyway, it doesn’t matter where you put them. However, if you Outpost next to your Chest tiles (or take down a Flesh Golem) on any other class you won’t get the top-tier loot. 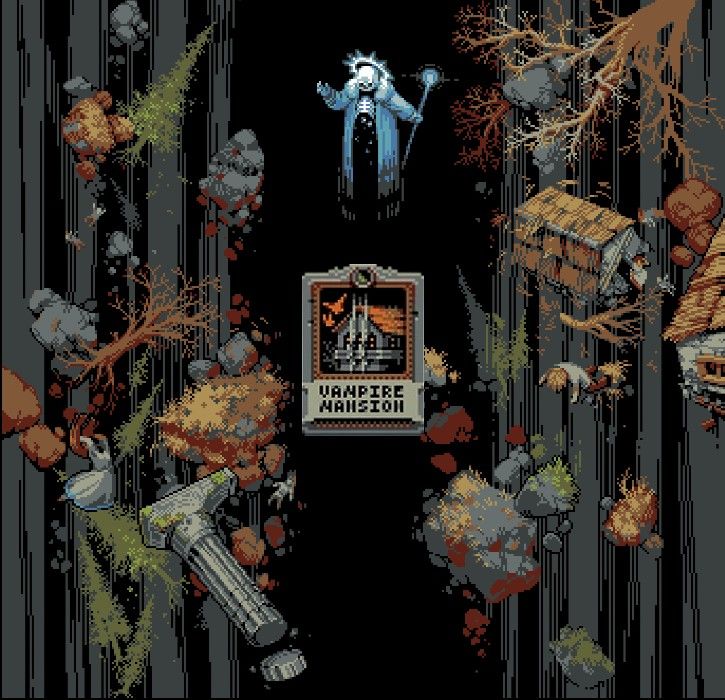 Here’s where things get a bit trickier to rank: the following four cards each have their uses, in this case, Vampire Mansions. This card is ideal for stacking up some Ransacked Villages early in the run in the hopes you can transform them into Count’s Lands.

You’ll get great quests from the cleared village and it will provide you with substantial healing each time you pass. However, this does mean you have to deal with a couple of loops of Ghouls and Vampires attacking in each adjacent tile. This card definitely falls into the category of must-know card combinations.

3 Battlefield – Get Your Chests 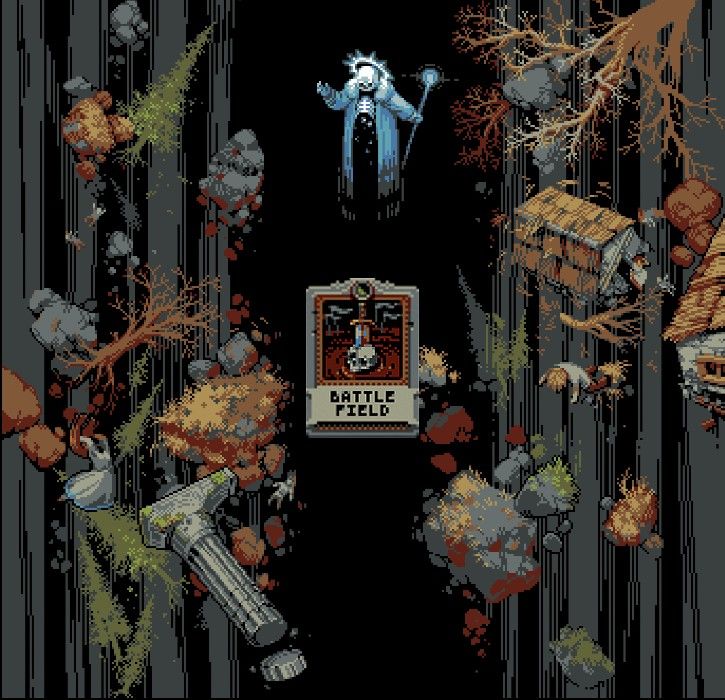 The Battlefield card is one of the best cards for getting loot throughout your Loops. Every loop spawns a single chest, usually with an item that is equal to or higher than your current loop level. To balance it out, enemies on either side of the tile have the chance to become ghosts after you kill them.

You want to get these tiles down early and close to your campfire so you can stock up for the next loop. There are some interesting synergies with this card, as well: placed next to a River and the card will become a Shipwreck tile, and if you place multiple, overlapping Battlefields, you’ll create Blood Path which spawns Blood Clots (which sometimes have decent loot, but can be hard to kill.)

2 Blood Grove, Make It Easier To Kill The Bosses 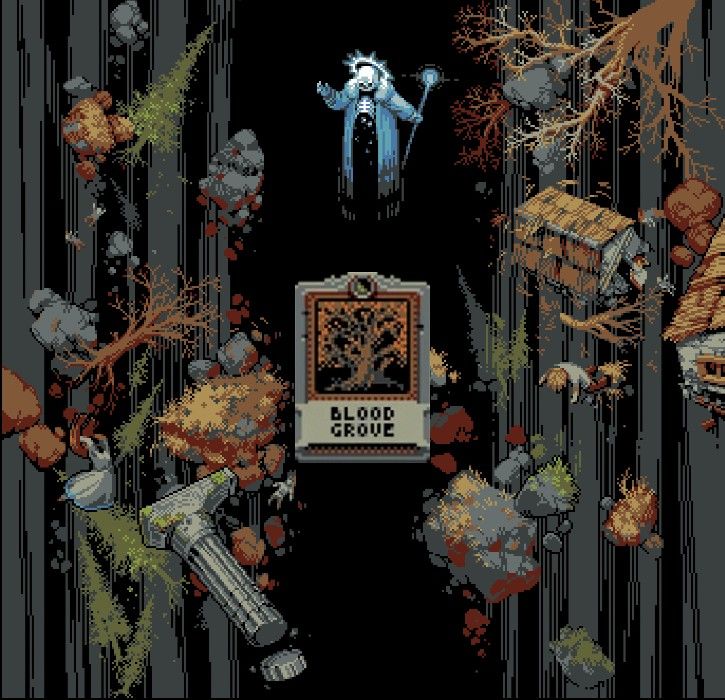 The Blood Grove needs to be placed next to Forest. It will create a hungry forest that devours enemies that fall below a certain health threshold. This is great across your loop but is particularly powerful if you place it next to your campfire tile, the area where the boss spawns.

This means any boss will be eaten immediately by the grove once they fall below a certain level of health. I’ve been saved by this so many times, especially while trying to beat Chapter 2. To make the grove even more effective, Oblivion an adjacent forest and create a Hungry Grove, which will kill enemies even sooner. Watch out though, because Flesh Golems can spawn: these guys are super tough but do drop good loot.

1 Spider Cocoon – Probably The Best Card In The Game 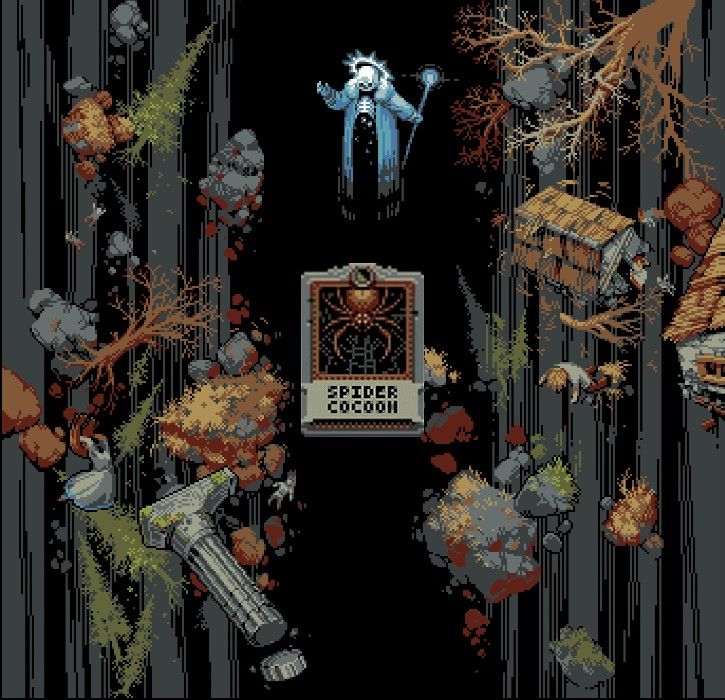 Oh, the wonderful, wonderful Spider Cocoon. I hated this card when I first started playing Loop Hero, but after so many loops, I realized that it’s probably the best card in the game. Spiders spawn regularly, aren’t too difficult to kill, and give you so many cards in return.

This means you can start placing down crucial cards for your run, like Treasuries, Rivers, Forests, and whatever else you need. Spider Cocoons are basically essential to beat Chapter Four of Loop Hero.

NEXT: 10 Things We Wish We Knew Before Starting Loop Hero