In Lost Ark, collecting to complete your Adventurer’s Tome is a key source of unique items and bonuses. Tortoyk is the home of mokoko seeds, so you don’t have any to collect here. But instead, some items for your tome seem to be particularly tough to complete.

There are seven hidden stories on the continent of Tortoyk. But, unusually, only three of them are obtained with a single clue. On the other hand, all four of the multi-clue hidden stories will see you having to travel to at least two different areas to complete them within the time limit. So, it is advised to gather all your triport locations first. Once you’ve done that, you can use our guide below to find all the locations you need. 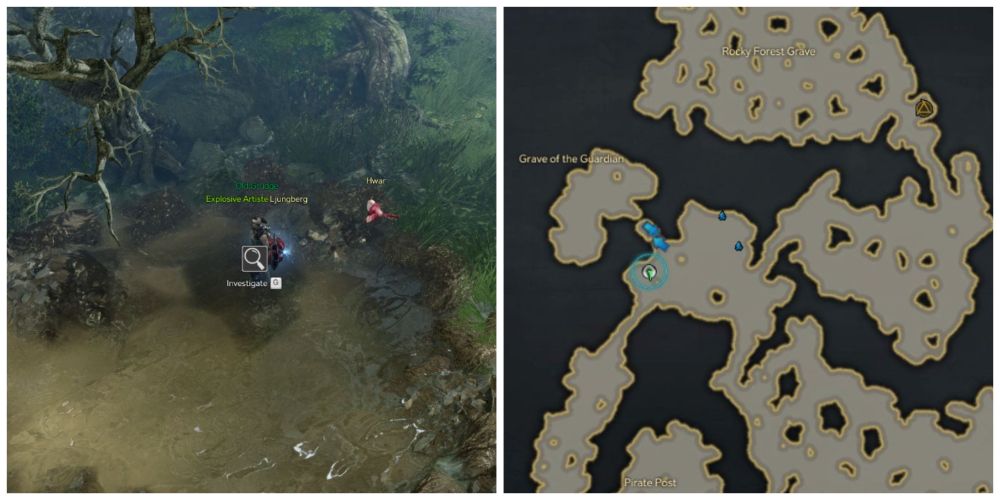 Head northwest from the Rocky Forest Hill Triport and along the north-facing path. In the next area, again head northwest to the point where you climb up the vines to the Grave of the Guardian. Before you climb up, to the left of the vines, there is a muddy-looking pond. Search in the water and you’ll find out all about The Adventurer’s Soul. 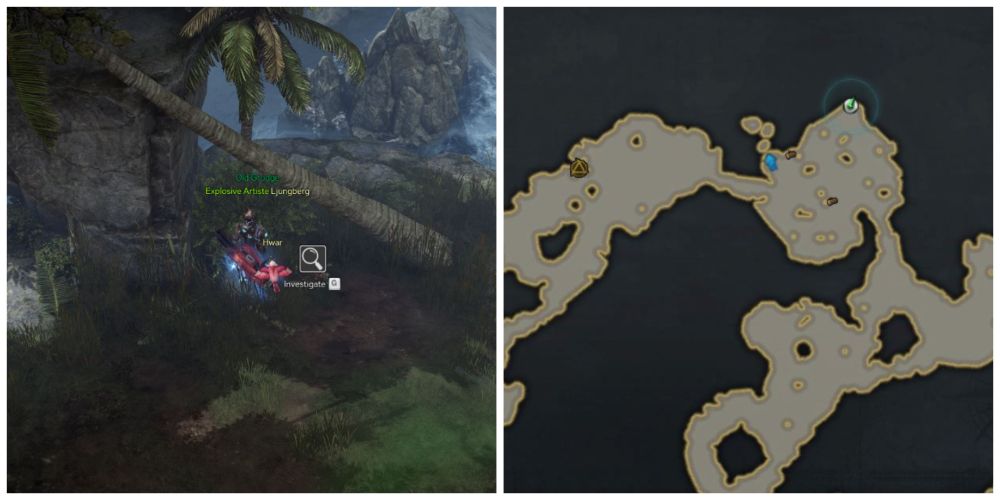 This two-part hidden story sees you having to move from the first location in Seaswept Woods to the second, in Skyreach Steppe, within a generous 20-minute window.

Starting at the Ancient Grindstone Vestige Triport in Seaswept Woods, head eastwards. Go across the area and down the east path.

In the next area, hug the northern edge of the map until you get to the most northerly tip. By the water, you’ll see a palm tree that has fallen to the left and is leaning against the rocks. Part one of the story is under the tree. 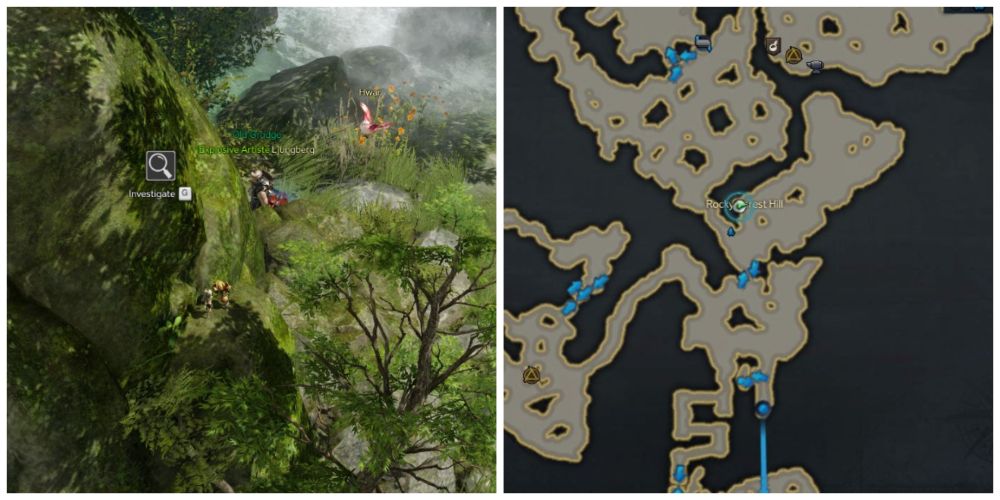 Now, transport yourself to the Thumbs Shore Triport in Skyreach Steppe. Leave the area you arrive in by the long path that heads northeast. At the end, go a little north and climb up the vines to Rocky Forest Hill. Go directly north, to the right of the path that heads northwest, and you should see some suitcases in the water at the base of a waterfall. Directly to the right of them, behind the rocks, you’ll find the final Cowl’s Moving Locarok hidden story location. 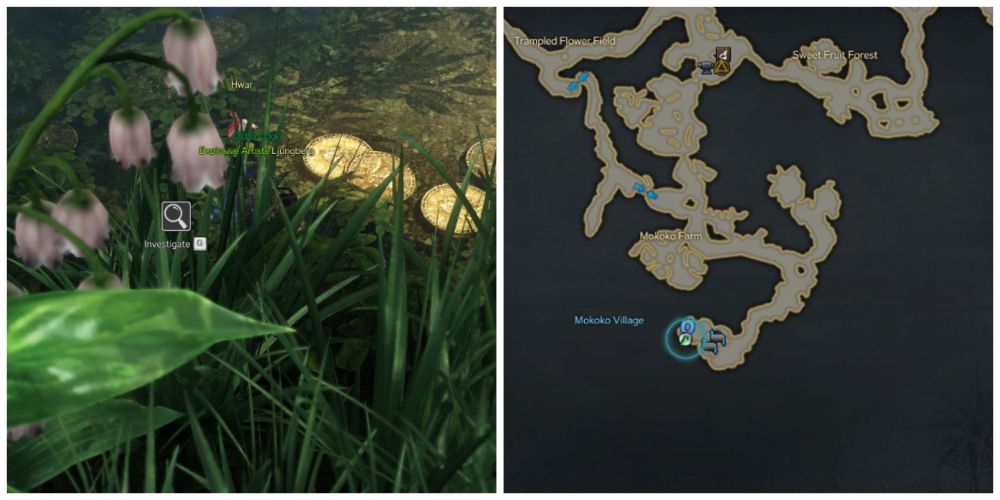 Portal into Sweetwater Forest from Mokoko Village. There are some gold coins on the floor just where you arrive in this area. The Great Cipher of Mokokos story location is just to the right of the coins. 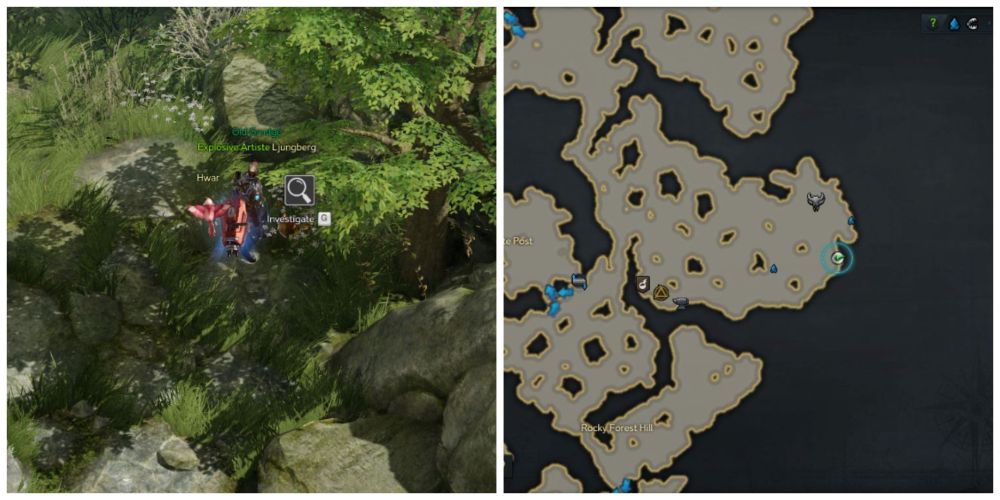 From the Rocky Forest Hill Triport, head directly east. When you get to the eastern edge of the area, work your way north along the rocks and you should see a small dog beneath a tree. Investigate it to discover the Horrifying Monster story. 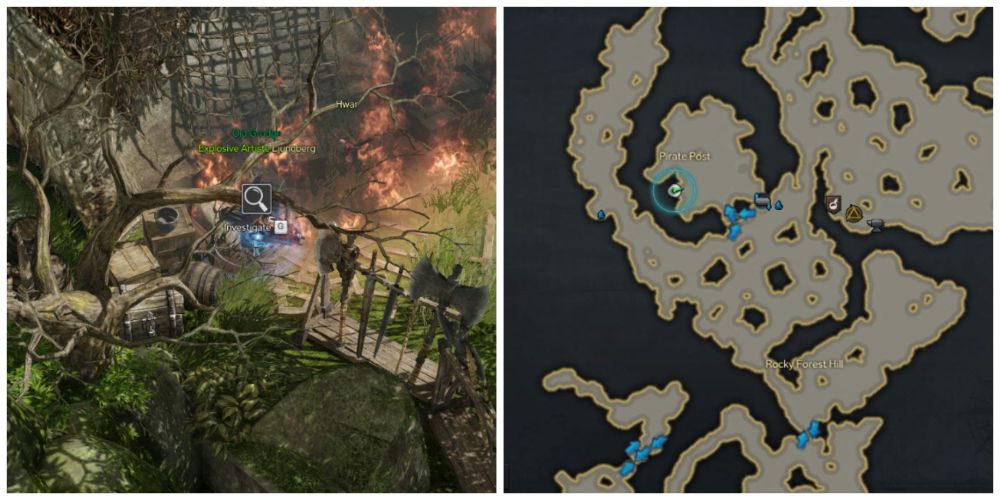 This is a three-part story quest, starting in Skyreach Steppe and moving to Mokoko Village before concluding in the Pirate Den Dungeon.

Firstly, you’ll have ten minutes to get to Mokoko Village once you’ve started part one. Then 30 minutes to complete the story in Pirates Den. Be sure you have progressed far enough through the story to access Pirate’s Den. And that you’re quick enough to get through the dungeon in the time required.

Start at the Rocky Forest Hill Triport in Skyreach Steppe. Leave the area by the southern exit and go up the lift to Pirate Post. There’s a building on fire on the west of the area. And in front of it, between the crates and the weapon rack, is the first part of the story. 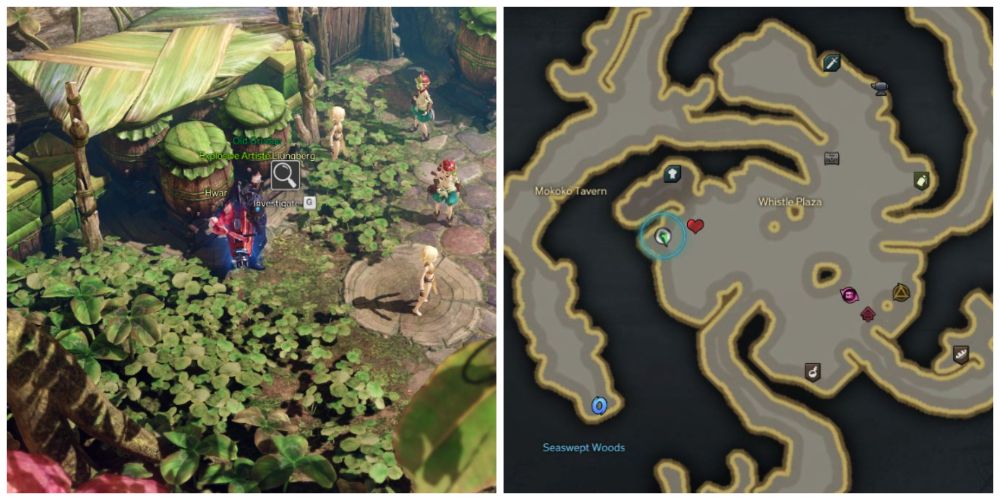 Now head to Mokoko Village. From the triport, go west across Whistle Plaza and look for some barrels outside Cook Supiso’s building just to the right of Dakudaku. Here you’ll find part two of the story. 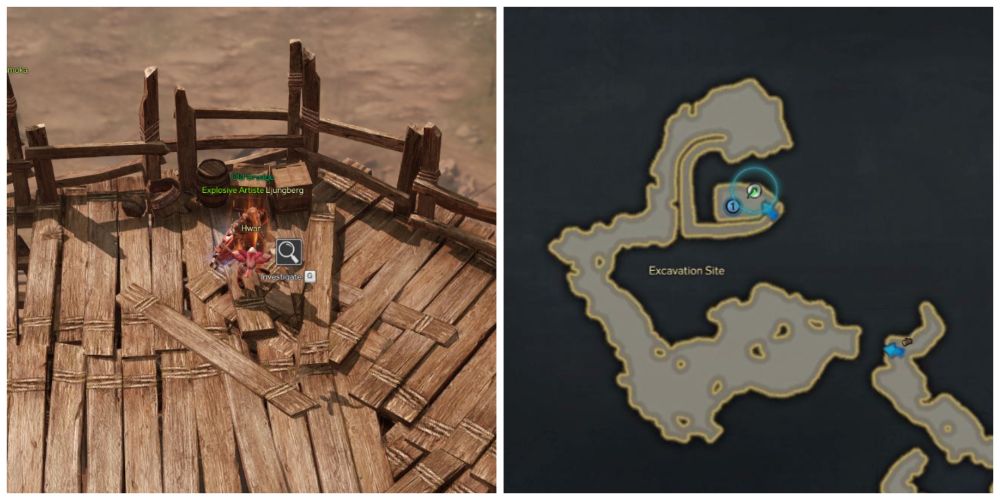 Portal to the Woodland Path Triport in Sweetwater Forest and head north, into the Pirate Den dungeon. You need to fight your way out of Setino Tent, right through Pirate Den, and into the Excavation Site. Once there, work through all the pirates and up onto the wooden platform, defeating everything there.

The quest text should chance to ‘Go deeper to find the ancient statue’. At this point, look at the northern part of this wooden platform. There’s some paper on the floor, in front of some crates. Investigate it to complete the Pirate King In Waiting hidden story. 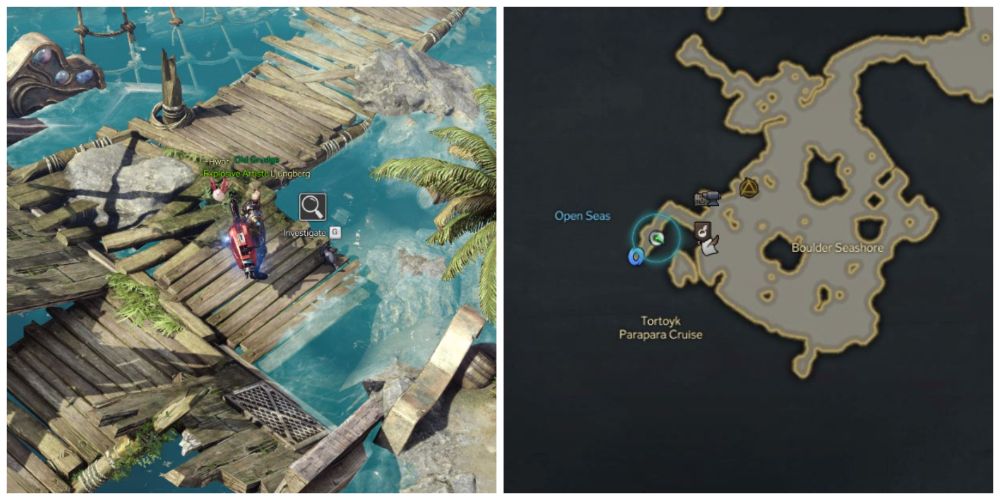 This is a four-part story quest that will see you travel to four of Tortoyk’s areas: Seaswept Woods, Sweetwater Forest, Skyreach Steppe, and Forest of Giants. After getting the first part of the story, you’ll have 20 minutes to get to each subsequent part – otherwise, you’ll need to begin the story again.

The story begins in Seaswept Woods, on the jetty that leads out to your boat. Just before you get to the end, you’ll spot a ‘super cute’ grey creature (naruni). Investigate it to get part one. 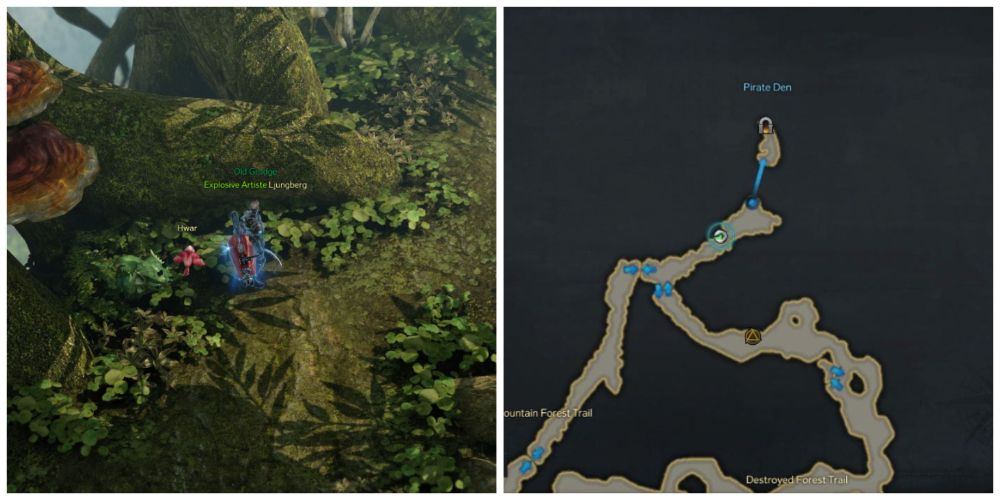 Make your way to the Woodland Path Triport in Sweetwater Forest. Then head west towards Pirate Den and up the vines. At the top, go east. You should see another naruni along the north edge of the path before you get to the rope slide. It’s green, so quite well camouflaged in the leaves. Click it to get the story moving on to part three. 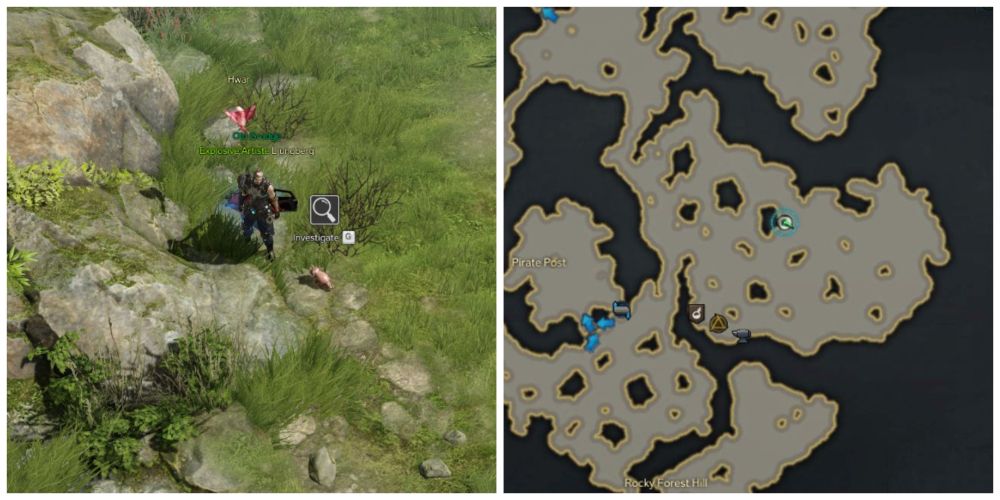 Now go to Skyreach Steppe’s Rocky Forest Hill Triport. From it, head directly northeast into the middle of the area. You should easily spot the third naruni, just to the right of some rocks and a large tree. 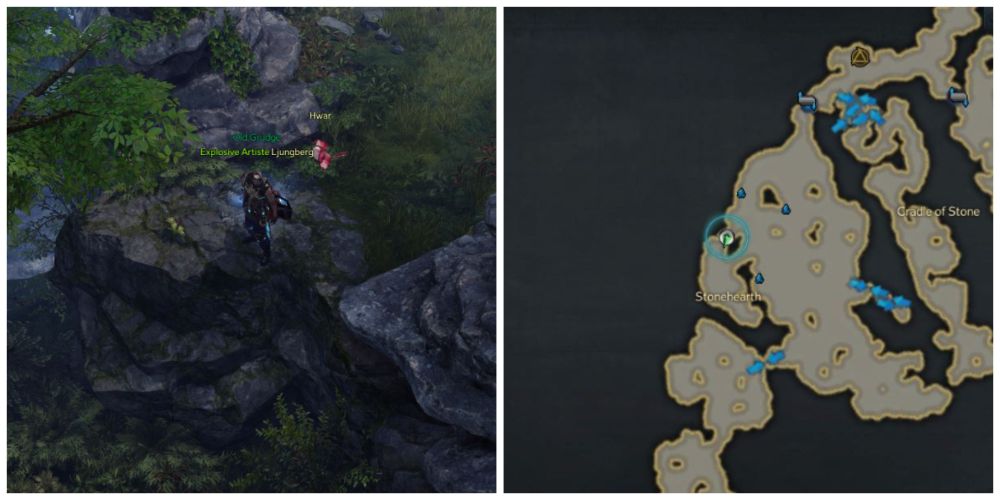 Finally, head to the Forest of Giants. From the Tortoyk’s Arm Triport, head west and down the lift. Keeping to the west edge of the map, go south through the area. There’s a small nook, just before a short path heads southwest. The final naruni is here, concluding this hidden story. 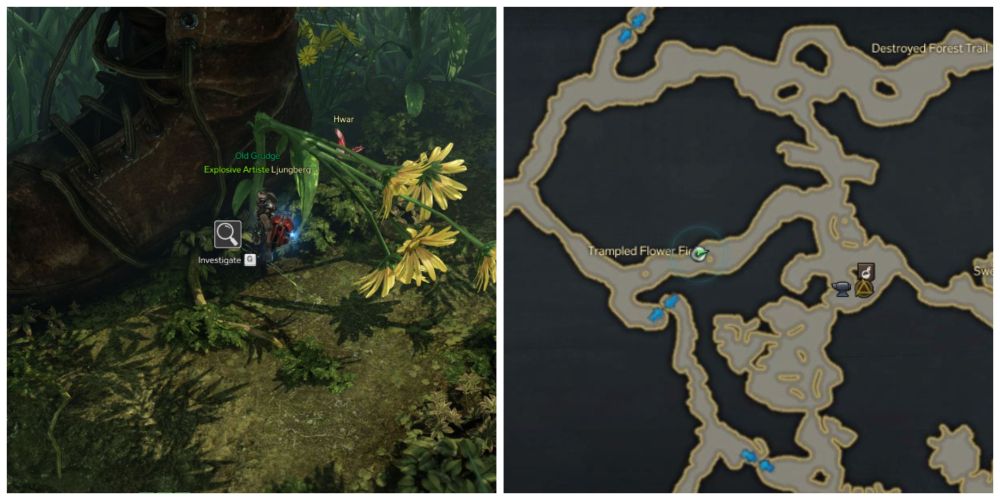 This is a three-part story, giving you ten minutes to get to the next part each time – otherwise you’ll have to start again. The first two parts are in Sweetwater Forest and the third in Skyreach Steppe.

For the first part, go to the Sweetwater Farm Triport and follow the path west towards the Skyreach Steppe portal. As you pass through the Trampled Flower Field, look out for a discarded boot along the north edge of the path. Investigate it to gain part one of the story. 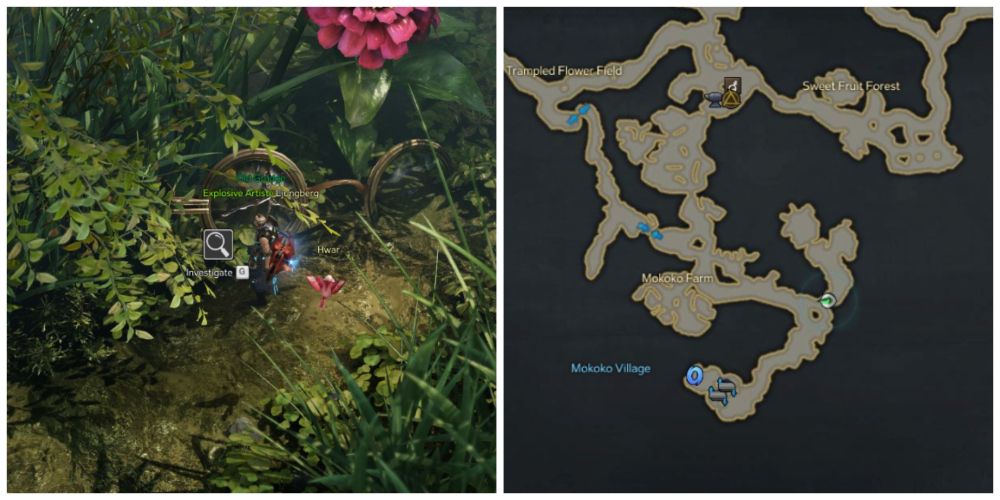 Staying in Sweetwater Forest, head back the way you came to Sweetwater Farm. From there, head south to Mokoko Farm and out by the east exit, towards the Mokoko Village portal. As you travel east, you’ll come to a T-junction. At the exit that heads north hear, you’ll see a pair of glasses. And by them part two of Shape of Love. 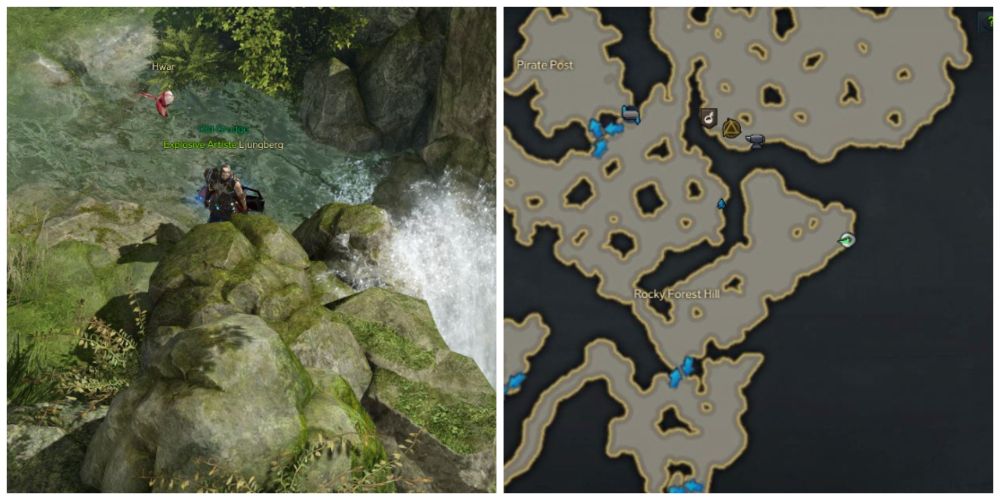 Immediately port to the Thumb Shores Triport in Skyreach Steppe. Leave by the long path that goes northeast and at the top, climb the vines up to Rocky Forest Hill. At the top, head northeast to the corner of this area. There are several waterfalls. One has a Mysterious Tree Monster (that you also need for your Adventurer’s Tome) standing in front of it. The last Shape of Love hidden story location is in the water by the rock to the right of the monster.