Setting out to complete your Lost Ark Adventurer's Tome? You might want to make your first stop at Tortoyk, home of the World Boss Caspiel. This lumbering stone giant is a terror to those just entering the Tortoyk main story quests, but as far as World Boss fights go, this strikes the perfect balance between difficulty and big rewards.

Although Caspiel is level 38 and with well over a million points in health, this giant's moves are so slow that while it might still be a slog for any lower-leveled players, overall defeating this World Boss should be a cinch.

Where To Find Caspiel 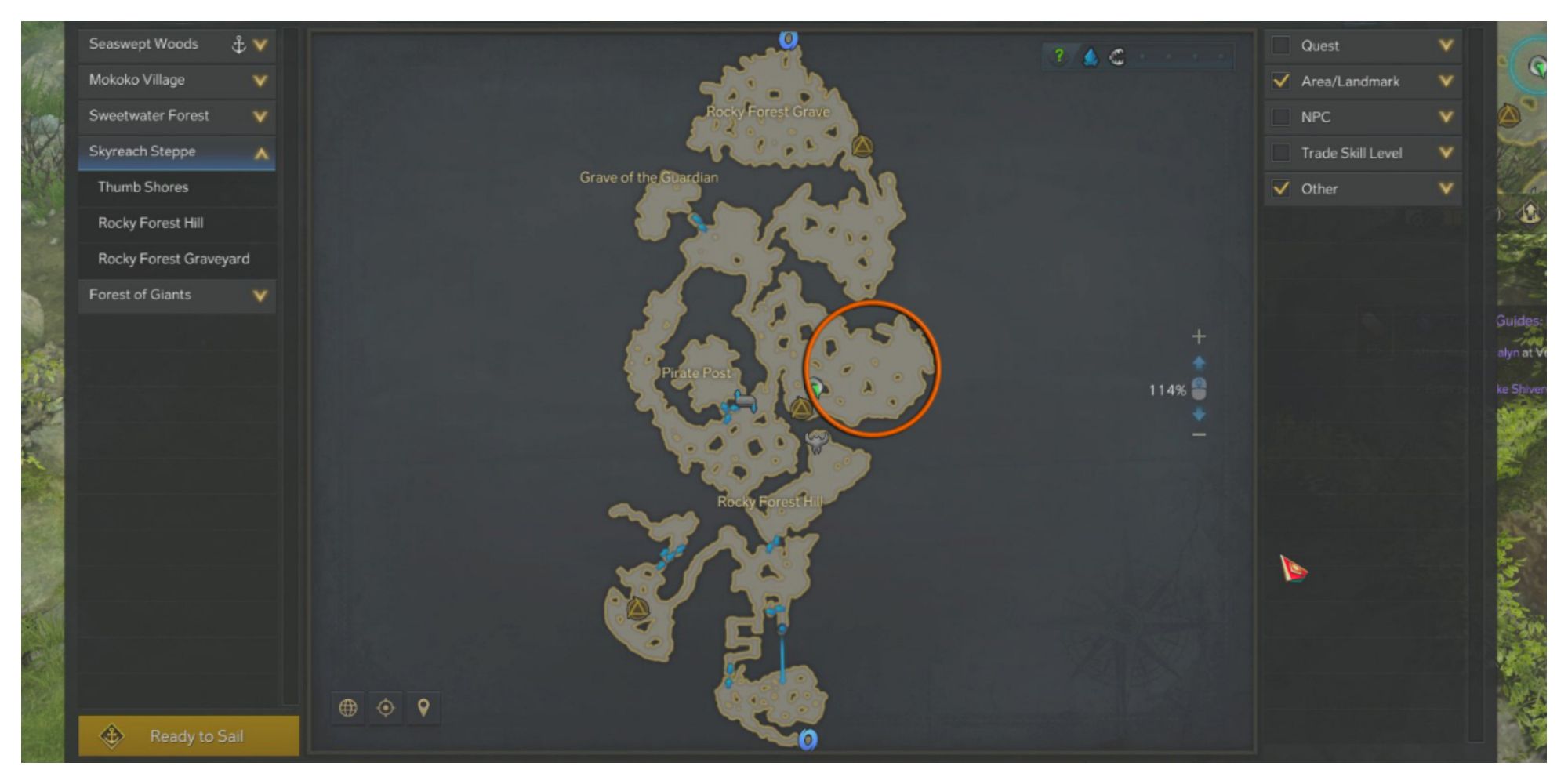 Caspiel dwells in the Skyreach Steppe area of the Tortoyk continent. You can find him wandering the giant field to the east of the Rocky Forest Hill Triport. He tends to spawn dead center of this area. 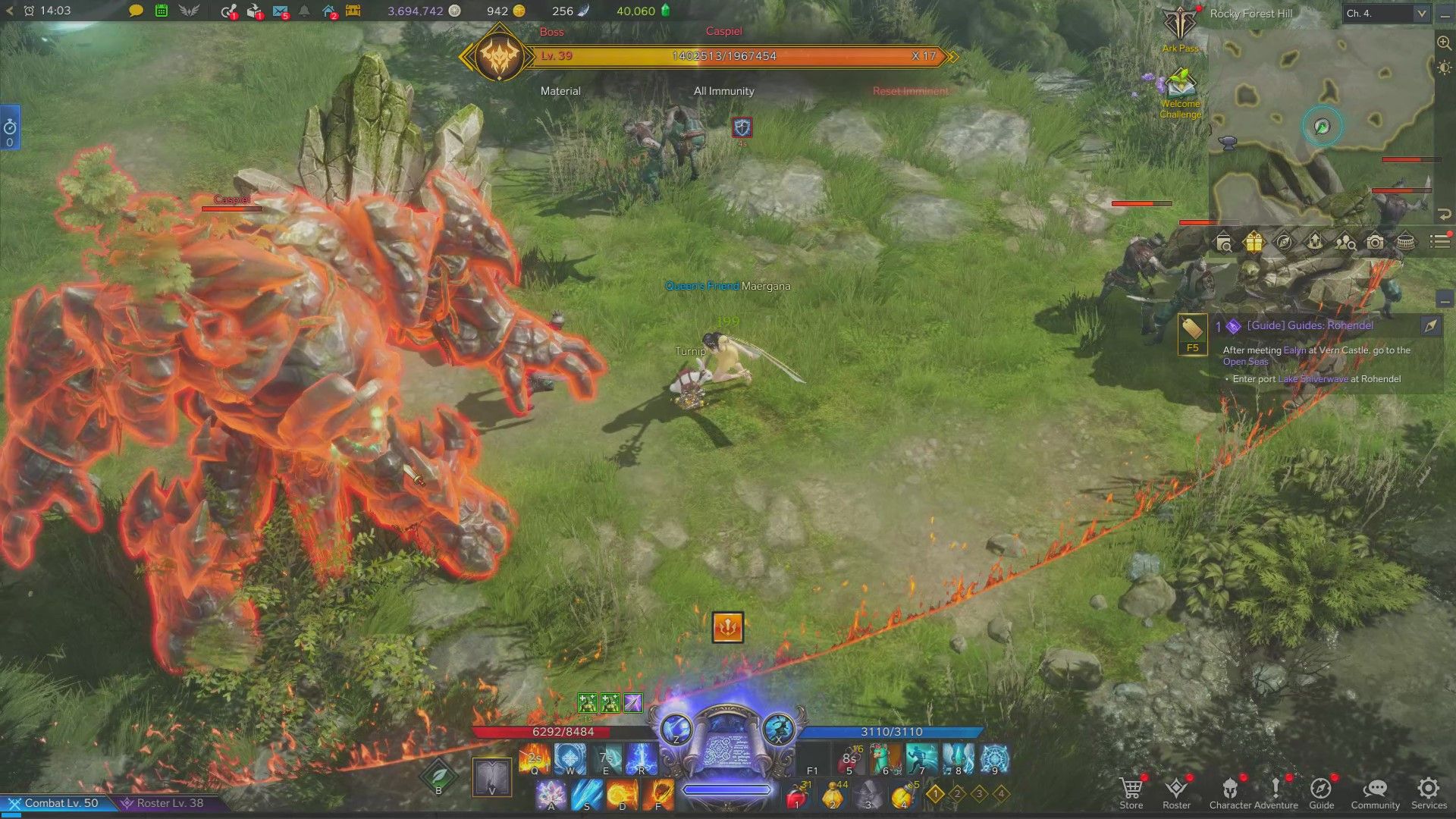 Unlike some other World Bosses, blissfully, Caspiel has a limited roster of attacks. While these hit hard and deal stun or knockback damage, each is fairly slow, making them easy to evade.

Stomp and Trust Fall are the two moves Caspiel relies upon most frequently, so once you begin to learn the animations for these attacks, avoiding them is incredibly simple.

What Gear To Bring 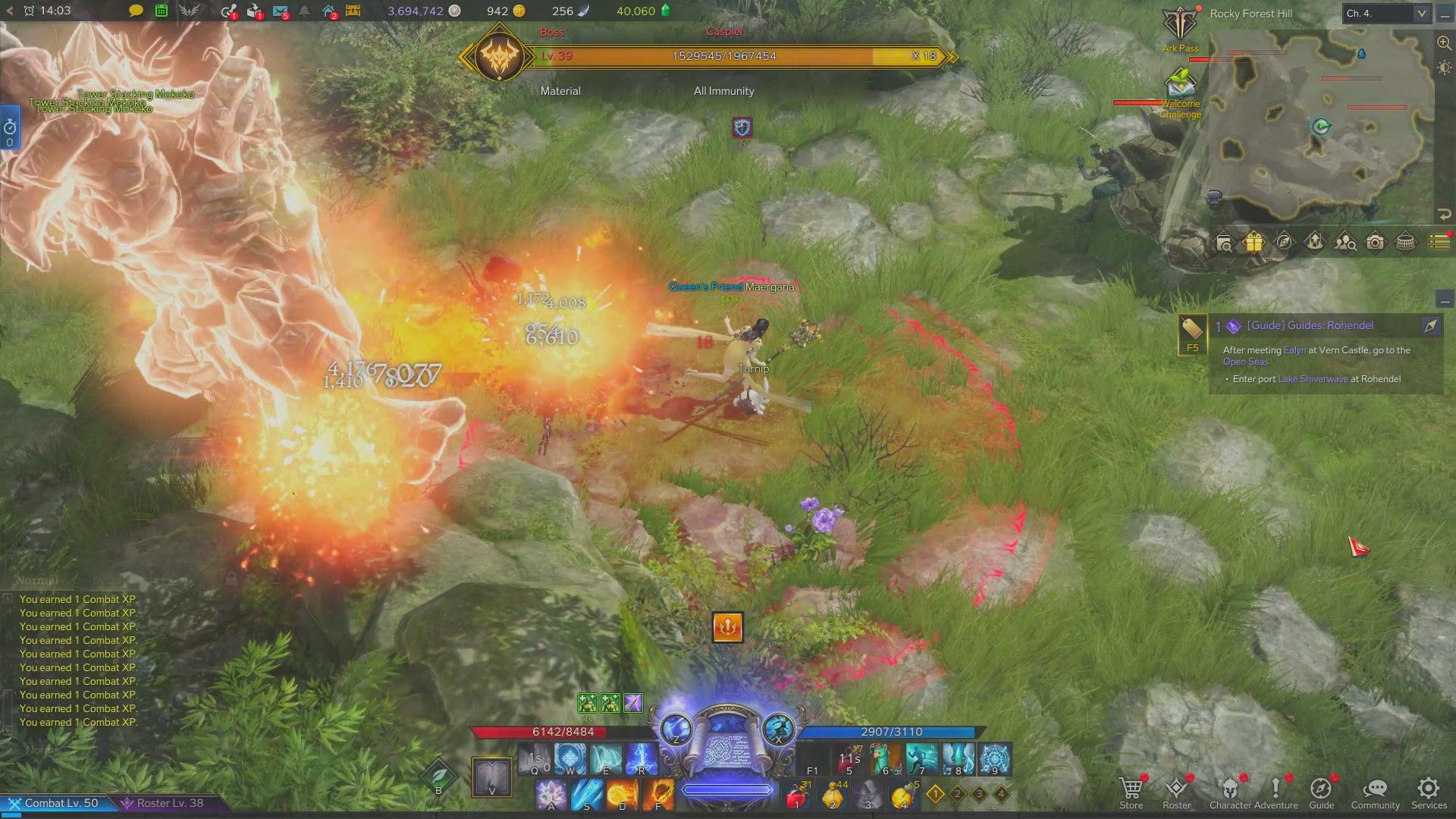 Caspiel is not weak to any particular type of damage, making grenades not very useful in this fight. However, if you are struggling, you might consider equipping the following:

Swiftness Robes will always be your best friend in World Boss fights. While Caspiel is not the quickest, his AOE attacks cover a large distance. If you do not have an additional movement ability at hand, these can help evade those moves. In general, it is usually advised to save your HP potions until end-game activities such as the Tower. Should you find yourself taking too much of a wallop, packing some small HP potions might be in order.

How To Defeat Caspiel 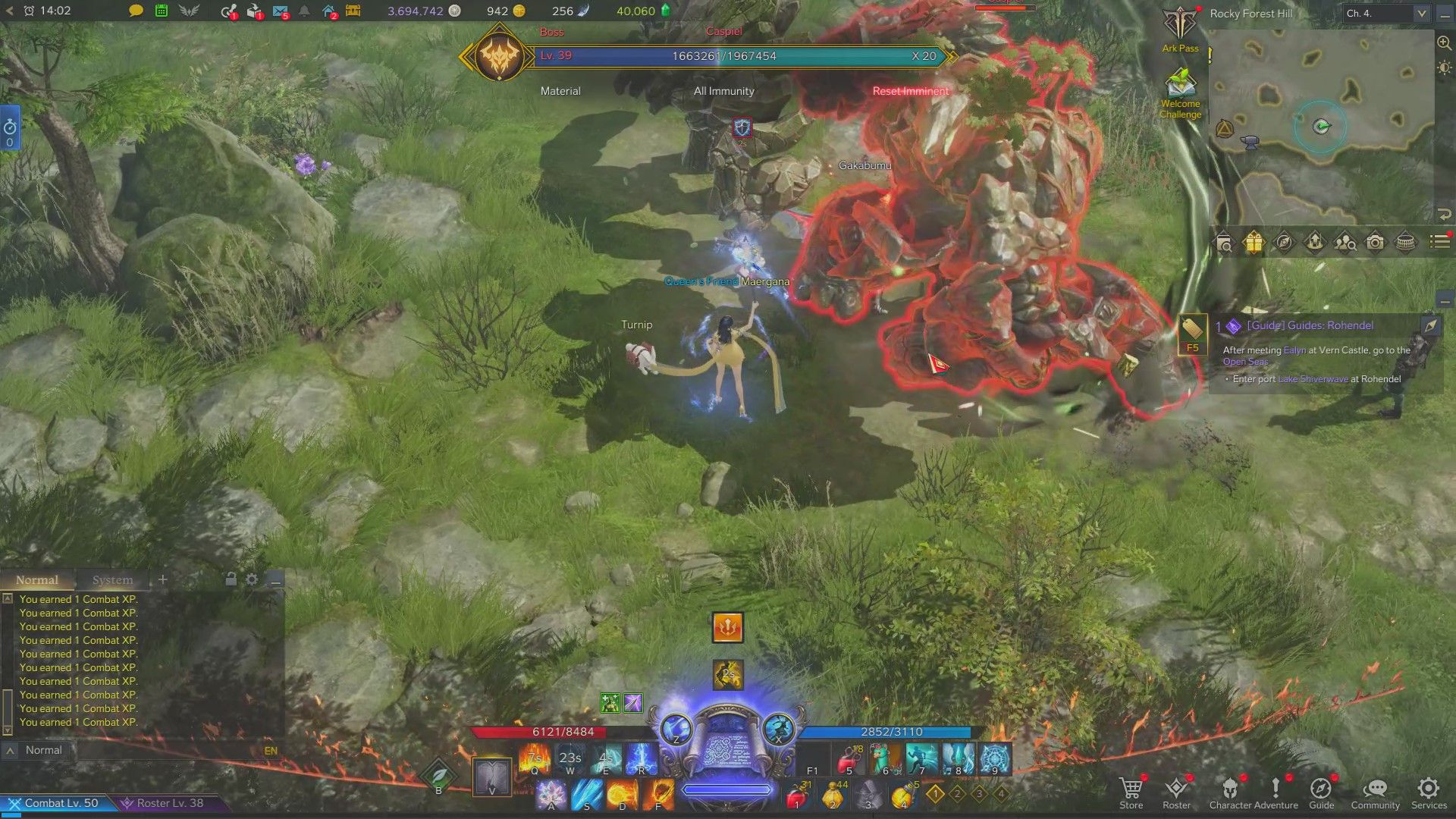 This fight could prove tougher for a melee class character, but luckily for you, Caspiel's aggro is incredibly random. Not only will he aggro onto other players in the area, but he might also ignore you to start wailing on the poor Giant Locarocks clobbering the Brawler mobs. You can use this to your advantage, so try kiting him towards clusters of these NPCs.

Be wary of leading Caspiel too close to the edge of the World Boss circle. He tends to charge blindly ahead, and stepping outside the ring of fire might force him to reset.

In general, fluctuating between front and back attacks consistently is the best way to tackle Caspiel. When he begins his Stomp attack, move to attack from behind. When he rotates or opens an AOE attack behind him, switch back to the front until he stands again. Repeat these actions and deal damage whenever you can to be victorious. 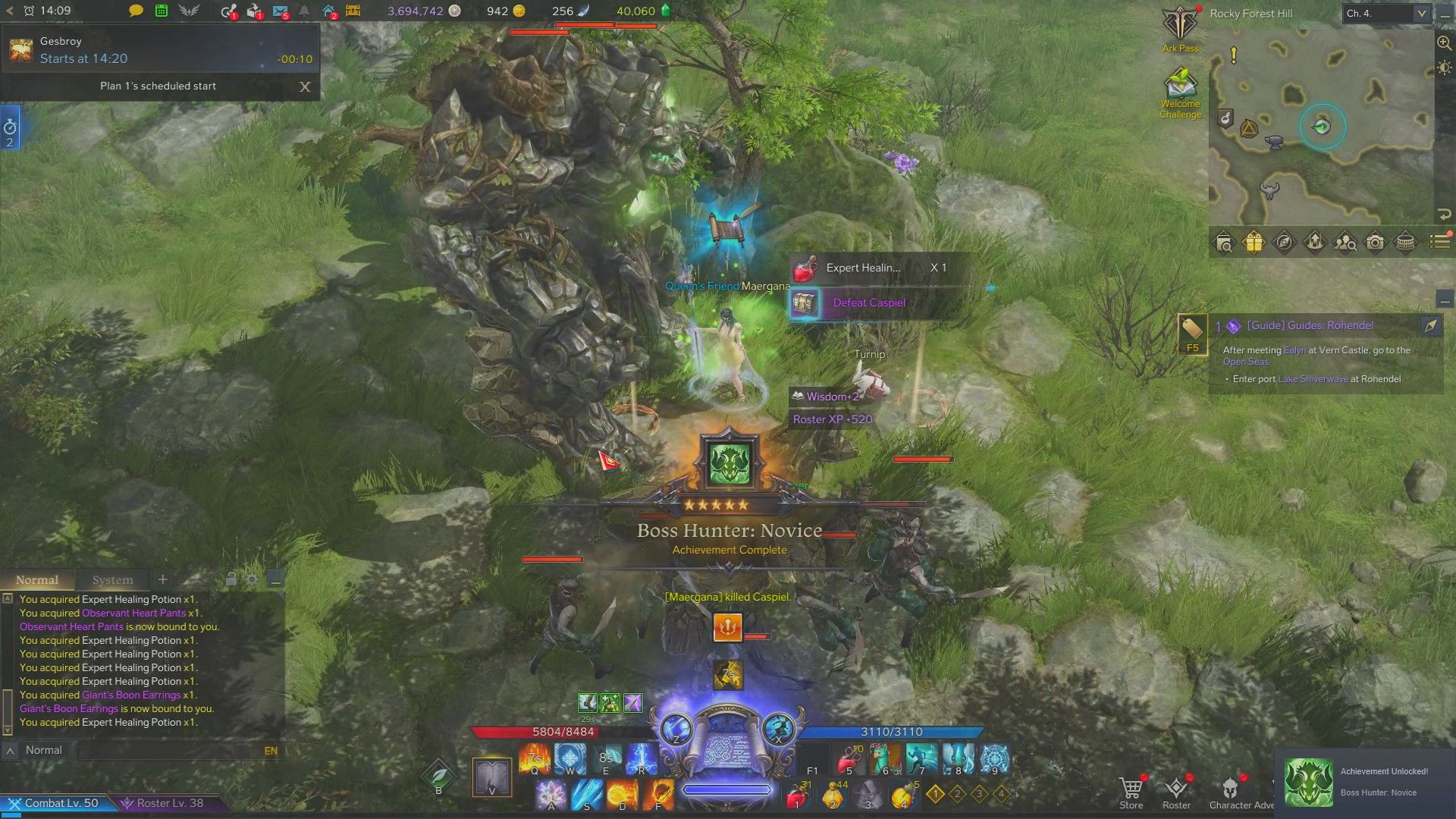 The rewards for winning the fight against Caspiel are great for those just entering endgame content especially. This fight rewards fantastic beginner's Engraving items, much like the Wili-Wili World Boss, but with far less trouble to obtain them.

You can also open the "Defeat Caspiel Chest" in your inventory to loot all the following items: