You’ve arrived at Mount Zagoras, the gateway to the third continent of Lost Ark, West Luterra. It’s a lush but snow-covered zone filled with wonder. But of course, what you want to know is – where are the mokoko seeds?

Well, mokoko hunters are in luck. Mount Zagoras has 12 mokoko seeds, the most of any area to this point. And even better, six of them are clustered in two easy groups. But if you can’t find them all, you’ll find details of exactly where they all are below. Good hunting! 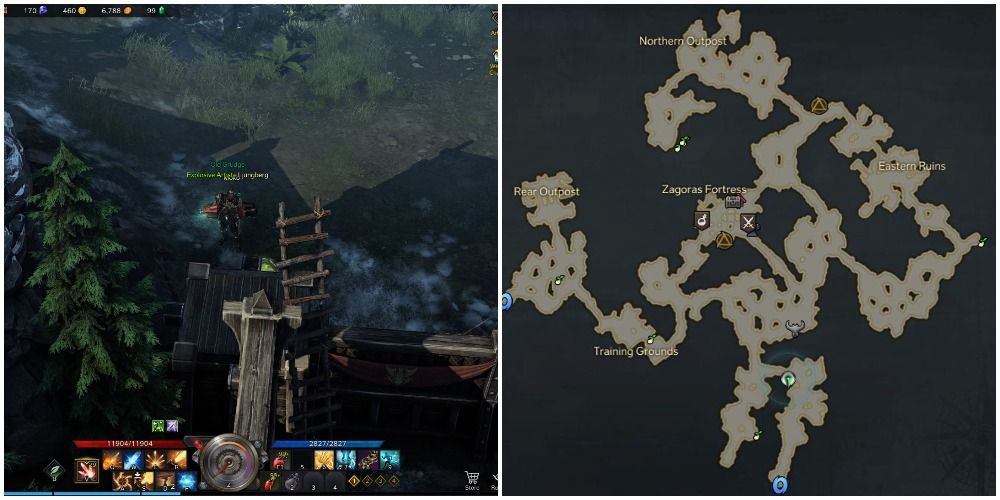 Mokoko Seed One – North Of The Entrance From Yudia

Head directly north from the entrance to the area until your path starts to fork to the left. Hug the left-hand side as you start to head west. You’ll see the seed hidden behind the corner of the fortifications, just before you start moving up the hill. It’s a safe spot, giving you plenty of time to hunt around. 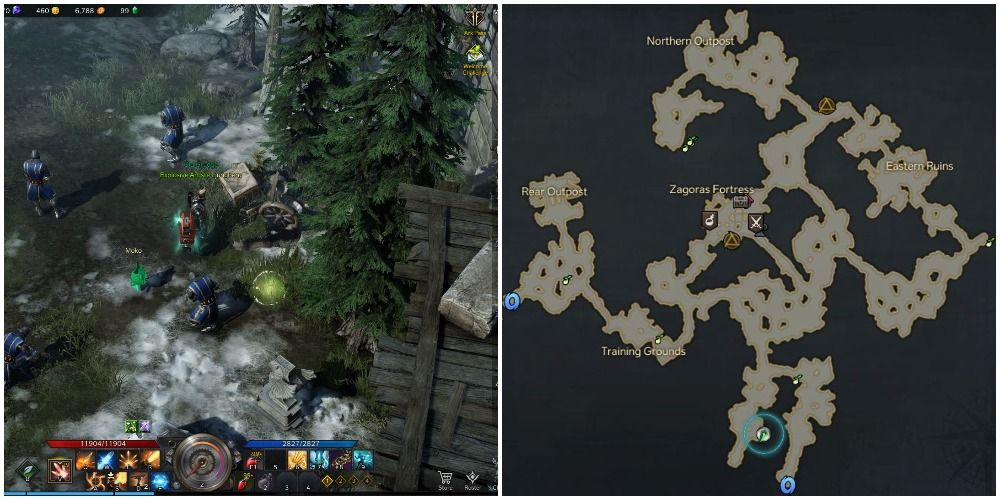 The area’s second mokoko seed is in an even safer spot, right in the heart of the guard camp at the far south of the map. Follow the eastern edge and you’ll see it in plain sight, between a cartwheel and a statue. 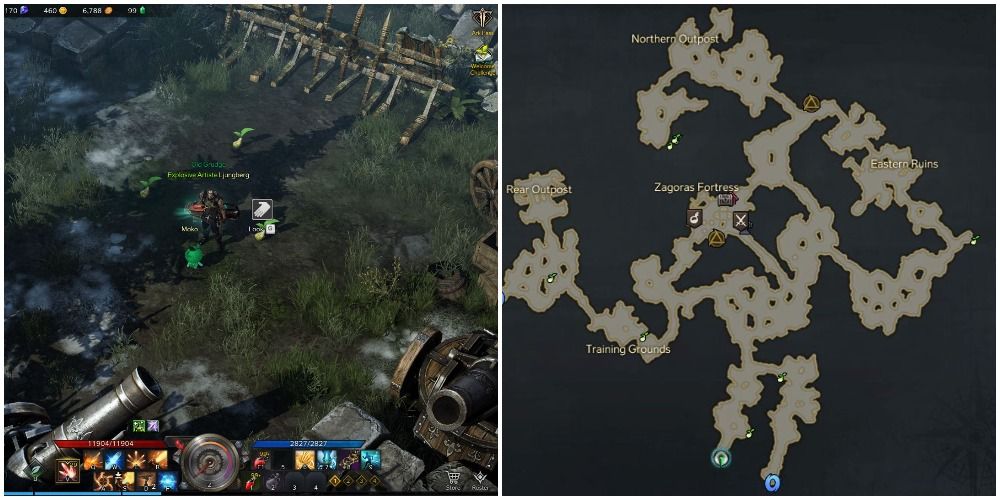 Mokoko Seeds Three to Five – Behind The Guard Camp Barricade

At the south end of the guard camp, you’ll see a wooden barrier that highlights as attackable. You need to attack the barrier – a lot – to get to three mokoko seeds. And I mean a lot. It's best to bring a friend, or a group, if possible, as it takes a lot of damage. You can do it solo. But if you’re lucky, someone will come along and give you a hand anyway.

If you make sure to activate the Zagoras Fortress Triport before you go, you can also ‘song of escape’ out to a convenient spot to avoid having to shoot your way out again. Or better still the Eastern Ruins Triport, if you’re doing these seeds in this order. 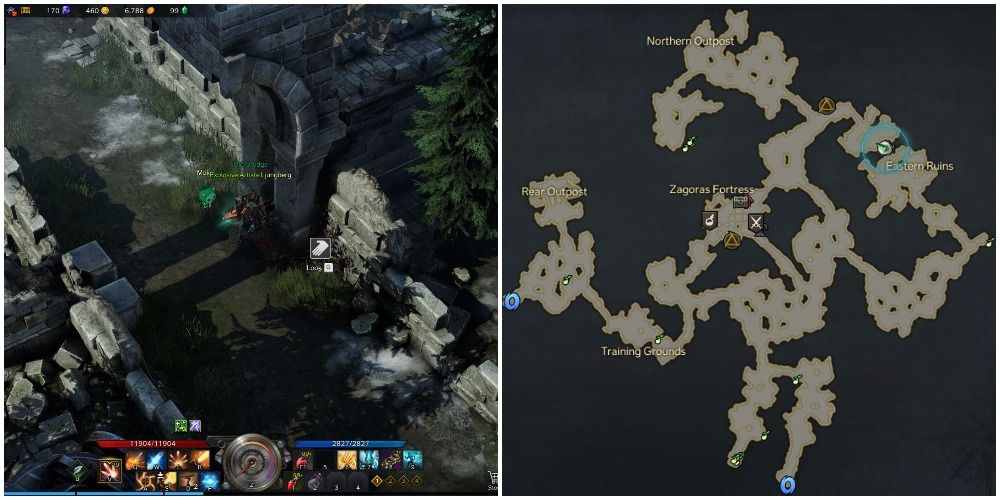 This seed is easy to miss. Head southeast from the Eastern Ruins Triport and through the first group of spirit knights. As you go through the thin gateway into the next section, the mokoko seed is on the east side of the archway next to the wall in the grass. 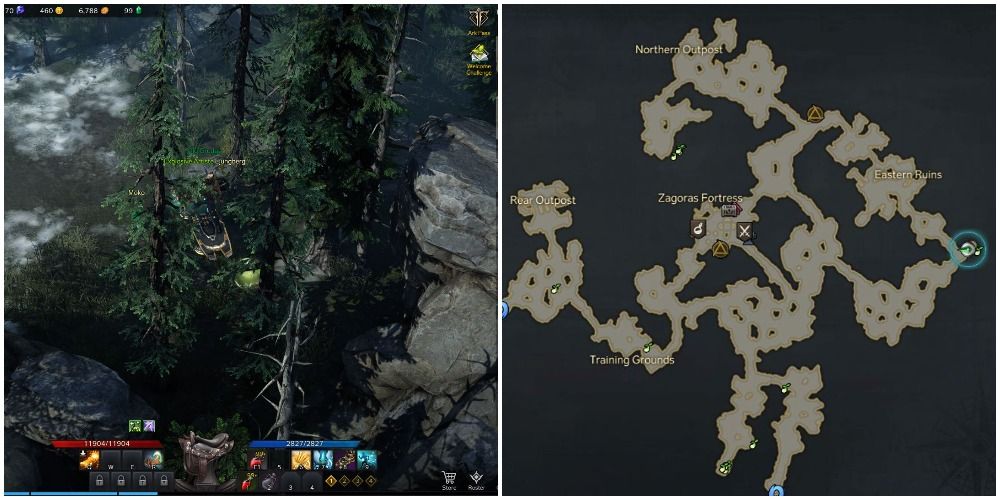 From the Eastern Ruins, head directly southeast to the most easterly point of the map. At the end of the long south-easterly path, turn left into the corner. You’ll find the seed to the right of the path, hidden in a copse of trees. 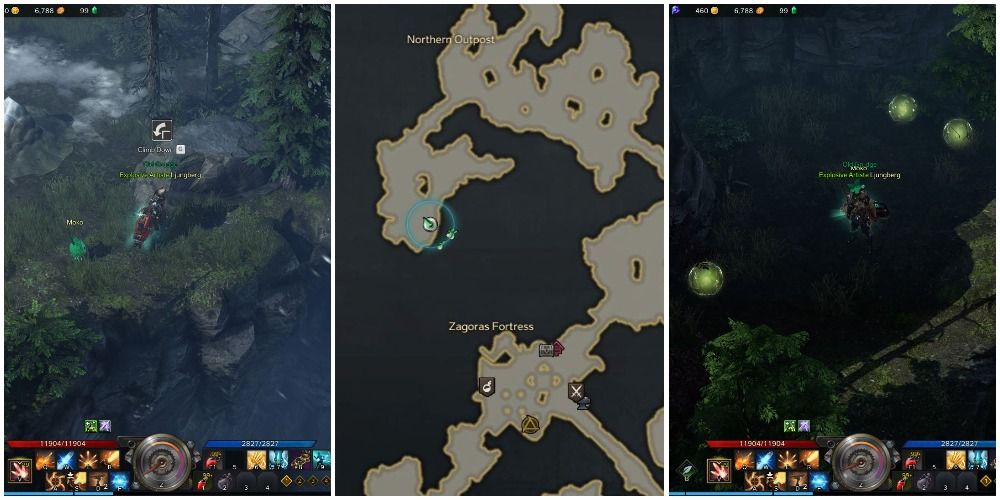 You get three seeds for the price of one here, once you’ve found the secret ‘climb down’ spot. Follow the path southwest from the Northern Outpost and head for the southeast corner of the area it leads to. Walk along the eastern cliff edge and the climb action will appear when you’re in the right spot. Once at the bottom, all three seeds are visible in the grass on the small platform. 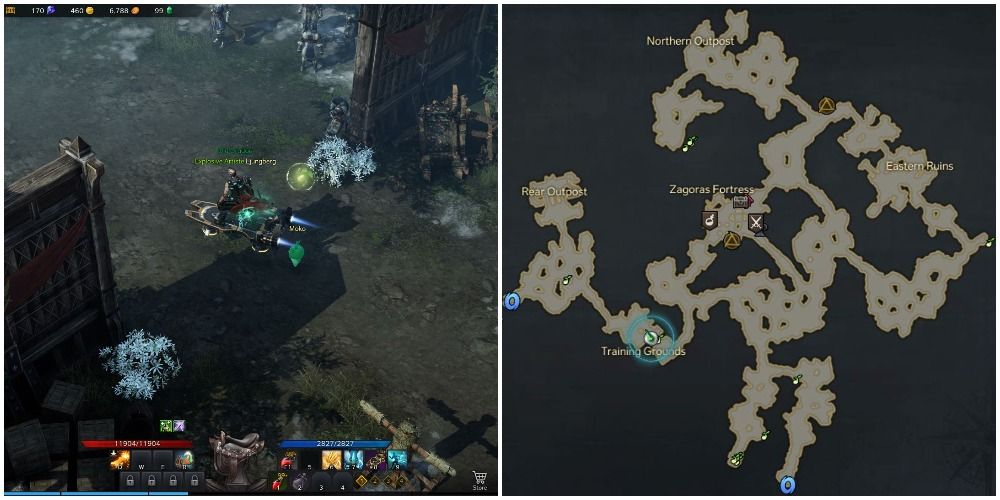 Another easy mokoko seed, once again in plain site in a mob-free area. This one is right in the gateway between the two sections of the Training Grounds, next to a white plant. 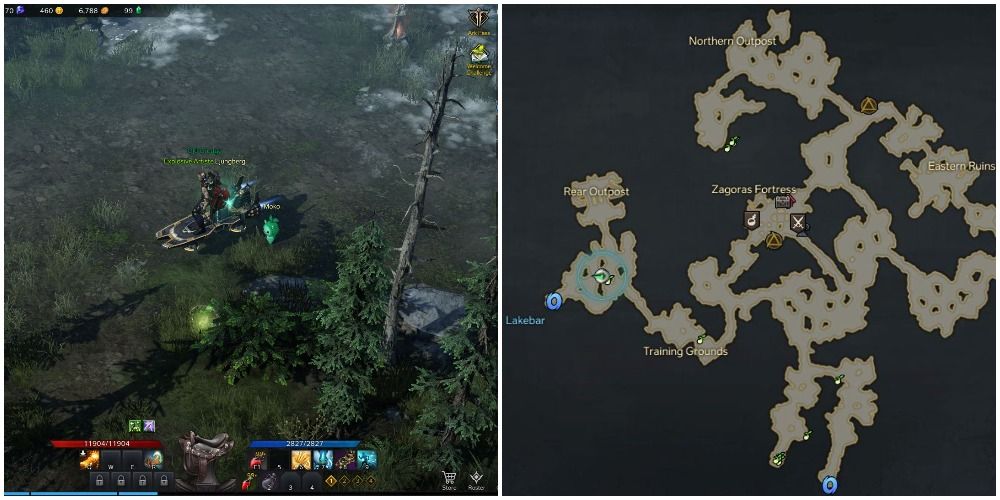 Mokoko Seed Twelve – Near The Exit To Lakebar

Your final seed of the area is slightly concealed behind a bush, to the left of a small group of trees. As you head northwest from the Training Grounds, simply keep heading directly forwards as the area opens out. The mokoko is to the left of the first trees you come across. And is also in a safe spot.