The North Vern continent of Lost Ark packs a lot of stories into its early zones. This means you have a lot of areas that end up being relatively peaceful, which is great if you’re more of a collector than a fighter. Rania Village is just that sort of area.

Be warned that two of the mokoko seeds in Rania Village need you to have learned the Song of Resonance sheet music before you’ll be able to get to them. While several of the other seeds are very difficult to spot, or in buildings, all are easily assessable if you know where to look. And if you read on below, you will.

Mokoko Seeds One And Two – The Refuge 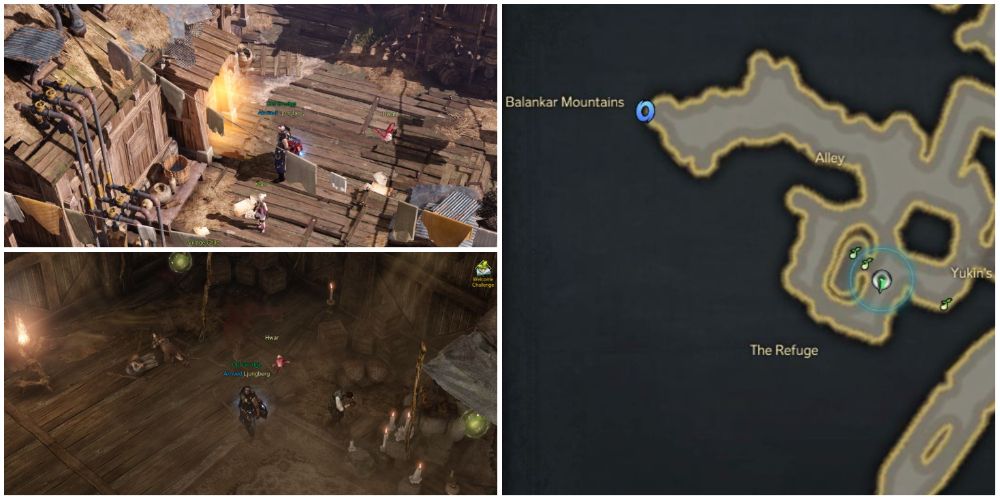 Head east from the portal coming in from Balankar Mountains. Go south at your first opportunity, into a small slum with a building in the middle, which is what you’re aiming for – The Refuge. The entrance to it is on the east side of the building. Once inside, both seeds are on your right. The first is under the makeshift gray canopy on the rug, while the second is up in the top corner under the brown canopy (to the left of the crates). 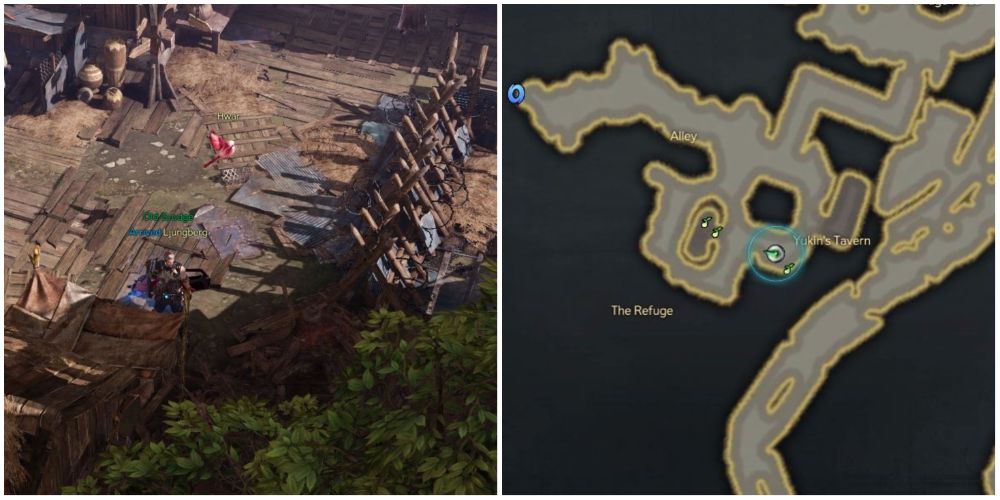 Leave the refuge and head east, between the two buildings. Go right into the corner, between the wooden house to your east and a ramshackle, brown-roofed building to your south. Your third seed is tucked right in the corner, completely hidden from view, a little south of Yukin’s Tavern. 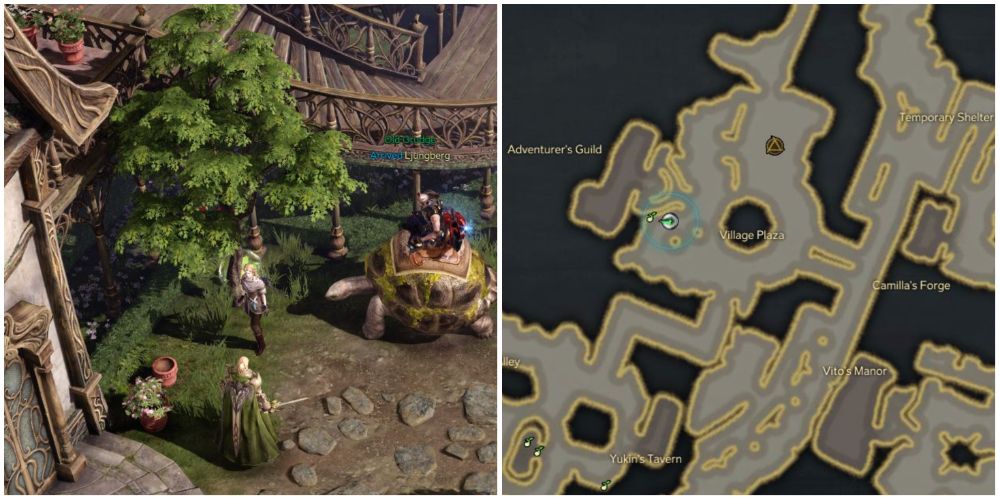 From the Rania Village Triport, walk southwest towards the entrance to the Adventurer’s Guild. Instead of going in, walk around to the left of the stairs that go up to the main entrance. Two adventurers are having a conversation between an ornate door and a tree. There’s a mokoko just behind the elven-looking adventurer, at the base of the tree. 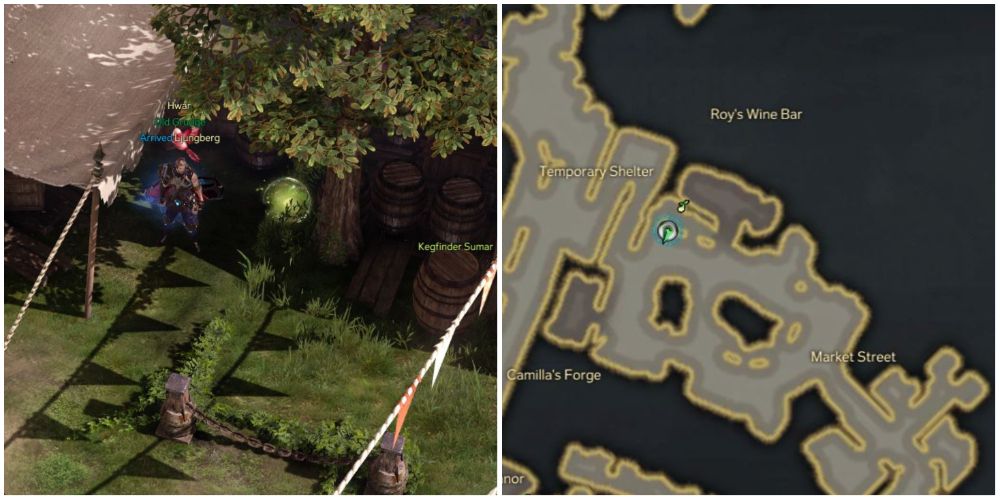 Make your way out of the Village Plaza east and down the steps heading north towards the Temporary Shelter. But head east down more steps before you get there, turning left past the Mail Carrier NPC at the bottom. Just behind her is a canopy covering some crates with a tree just to the right, surrounded by barrels. And to the left of the tree on the grass, partially hidden by leaves, is mokoko seed number five. 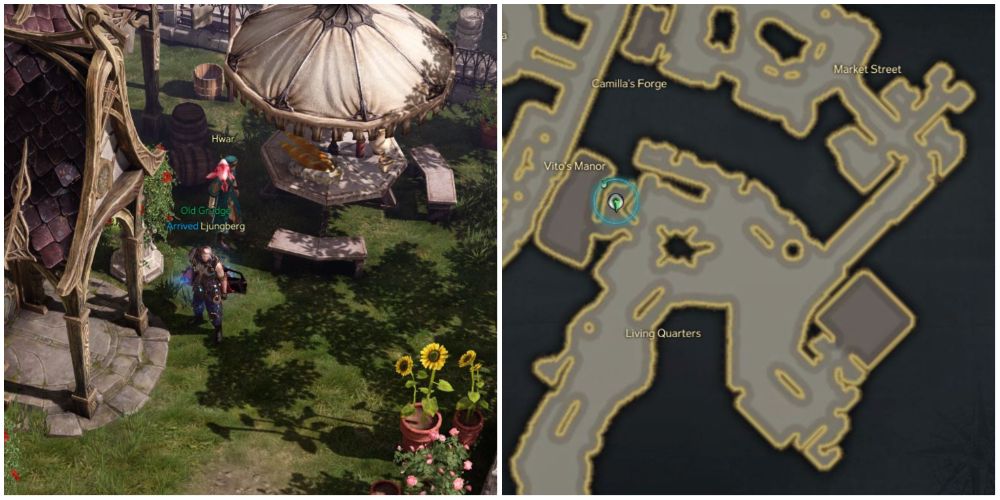 Head east from Roy’s Wine Bar and along Market Street, heading southwest towards the Living Quarters. Head across to Vito’s Manor, going up the steps into the manor’s garden but not into the building itself. Turn right past the sunflowers towards the covered bench. Just to the left of the table, next to the red-flowering plant, you’ll find the next seed.

Mokoko Seeds Seven And Eight – South Of The Living Quarters 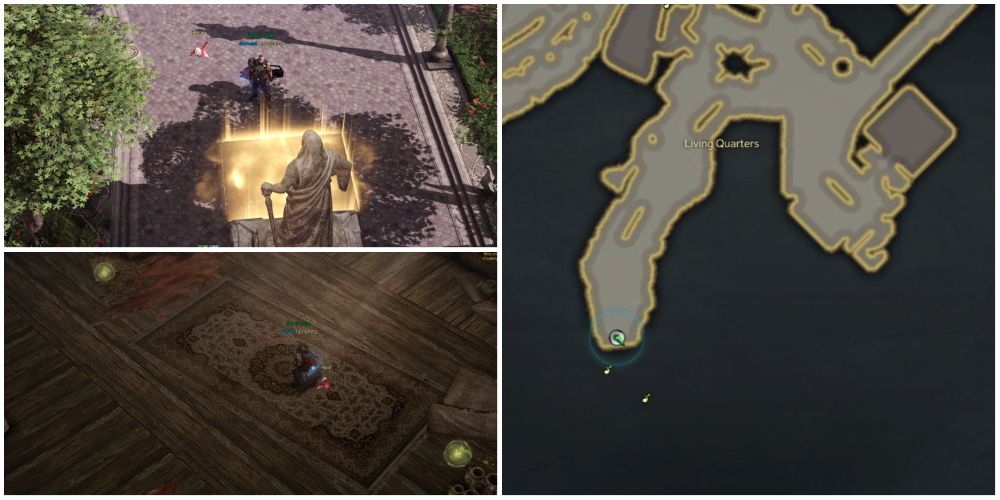 You’ll need to have learned the Song of Resonance before you can claim the final two mokoko seeds. Thankfully it is an easy one to acquire, just needing you to make a trip to Treasure Hunter Igran on Peyto Island – who will sell it to you for 16,500 pirate coins.

Once you have the song, head to the southern end of the Living Quarters area. Stand in front of the statue there and play the song, which will move the statue and open up a secret area. Walk into the yellow light to be transported to a secret room. Inside, you’ll easily find the two seeds in plain sight on the ground at either end of the large central rug.