You can spend a surprising amount of time in Lovecraft’s Untold Stories 2 with just the starting characters. From the word go, you have multiple paths you can take, and they are all worth doing in their own right – even if some are substantially more difficult than others. Tread the beaten path, however, and you’ll quickly stumble upon the Veteran.

The Veteran is all about dealing damage with powerful firearms, but this comes at the expense of his mobility. The Veteran is one of the slowest characters in the game. This is particularly interesting since he also has a mobility option that simply doesn’t elevate him above the status of snail. Let's check him out.

How To Unlock The Veteran 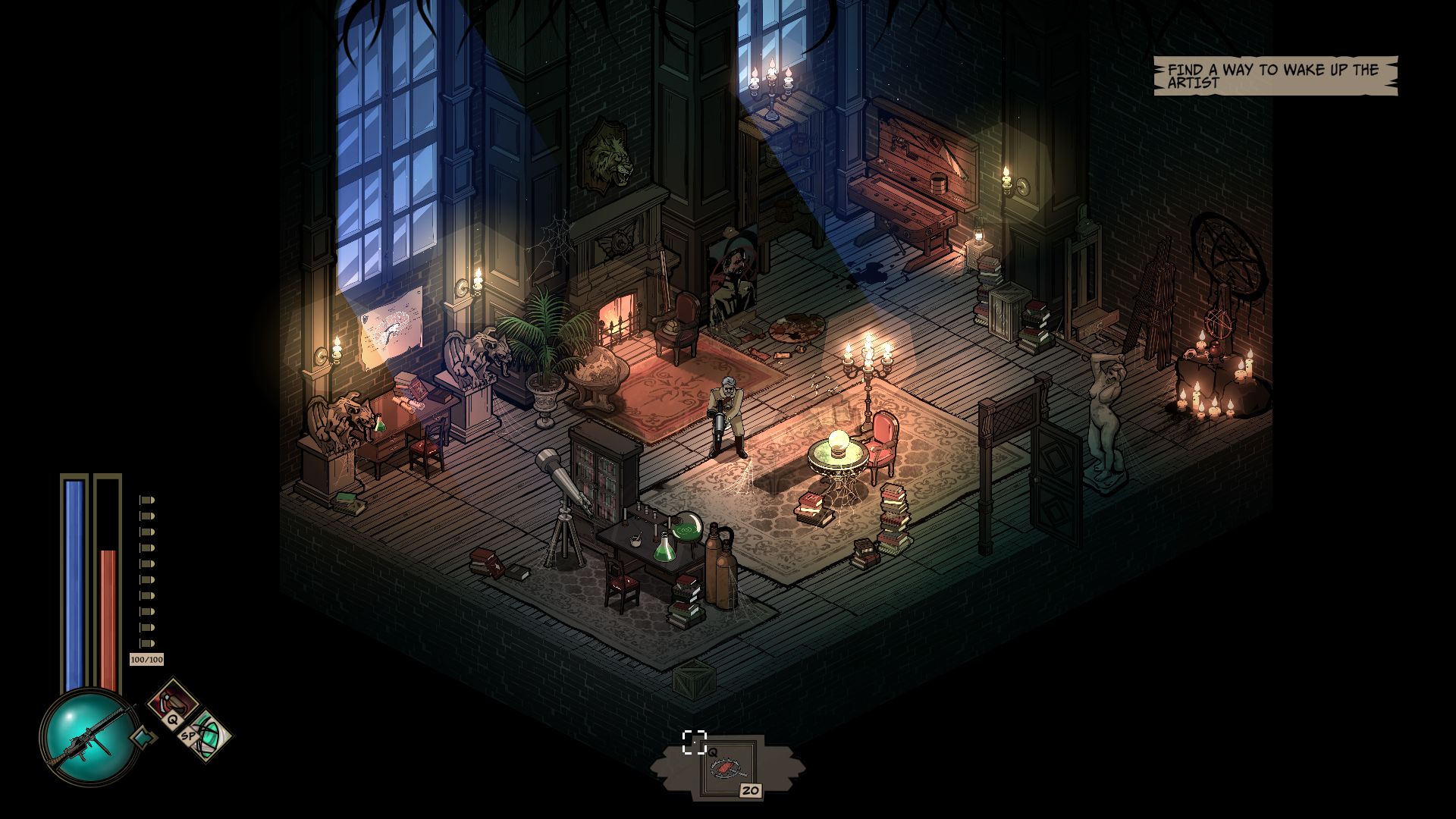 The Veteran is a jungle-exploring military expert who likes to shoot things with big guns. He is straight to the point, very simple to grasp, and in the right situation, he’s pretty decent. Unlocking him is fairly simple too. He can be found outside the Possessed Nurse boss arena in the Asylum.

You will need to travel to the Asylum on foot as you cannot unlock the Veteran by visiting the Asylum via the Professor’s unique dungeon. 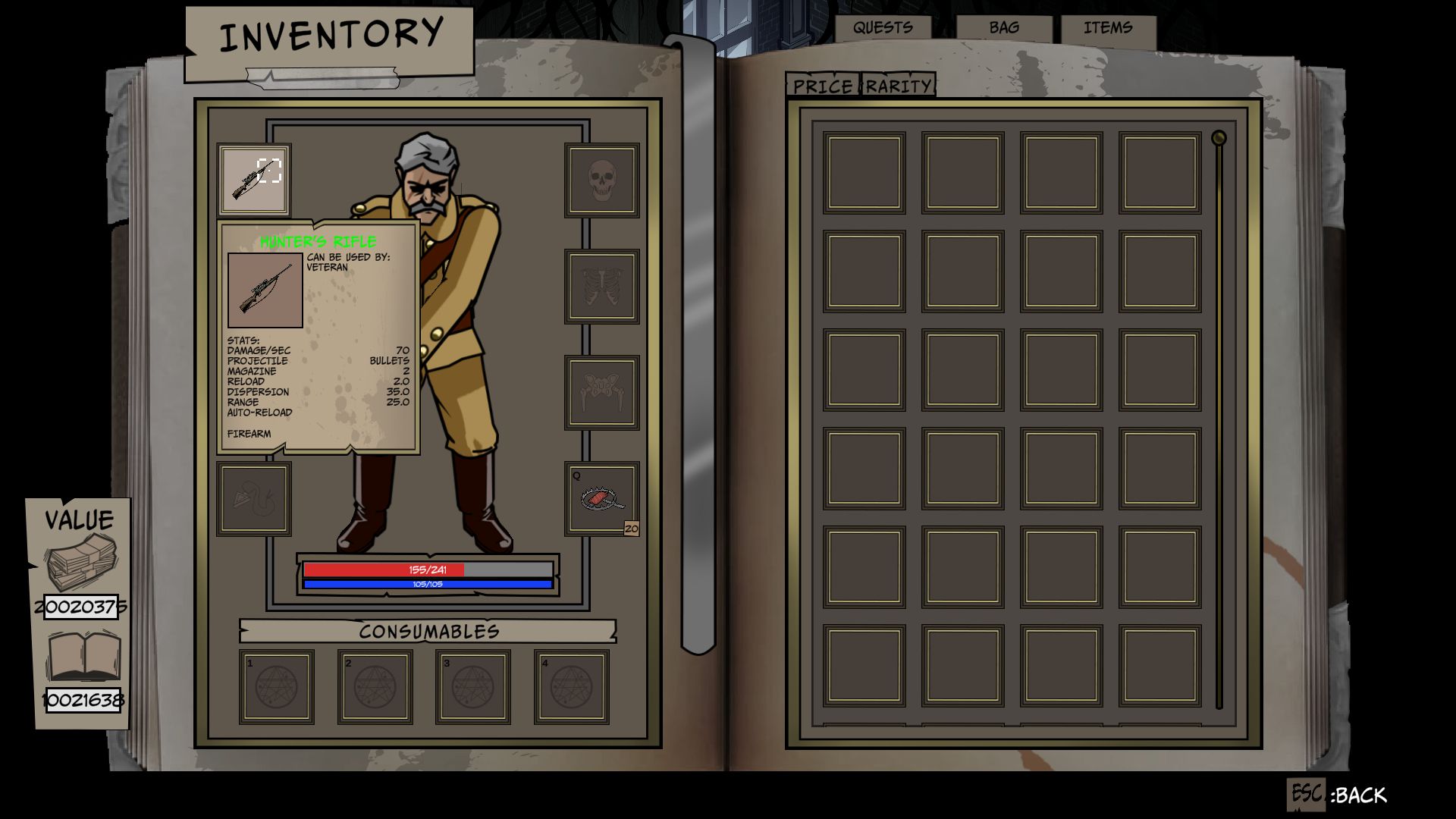 The Veteran starts with a shockingly bad Hunter’s Rifle. Its stats are:

Looking at the stats, you can see it’s not that great. Its damage is decent, but with only two shots and a lengthy reload, you are going to struggle to take down large groups of enemies with it. Not only that, but each shot has a long aiming animation that slowly reduces the gun's Dispersion, making it awkward to boot.

The only redeeming quality of this gun is the range, but Lovecraft’s Untold Stories 2 is often uninterested in Range since the vast majority of enemies want to fight you in melee. This gun is basically a terrible shotgun up close, and a very temporary ranged answer at the start of combat. 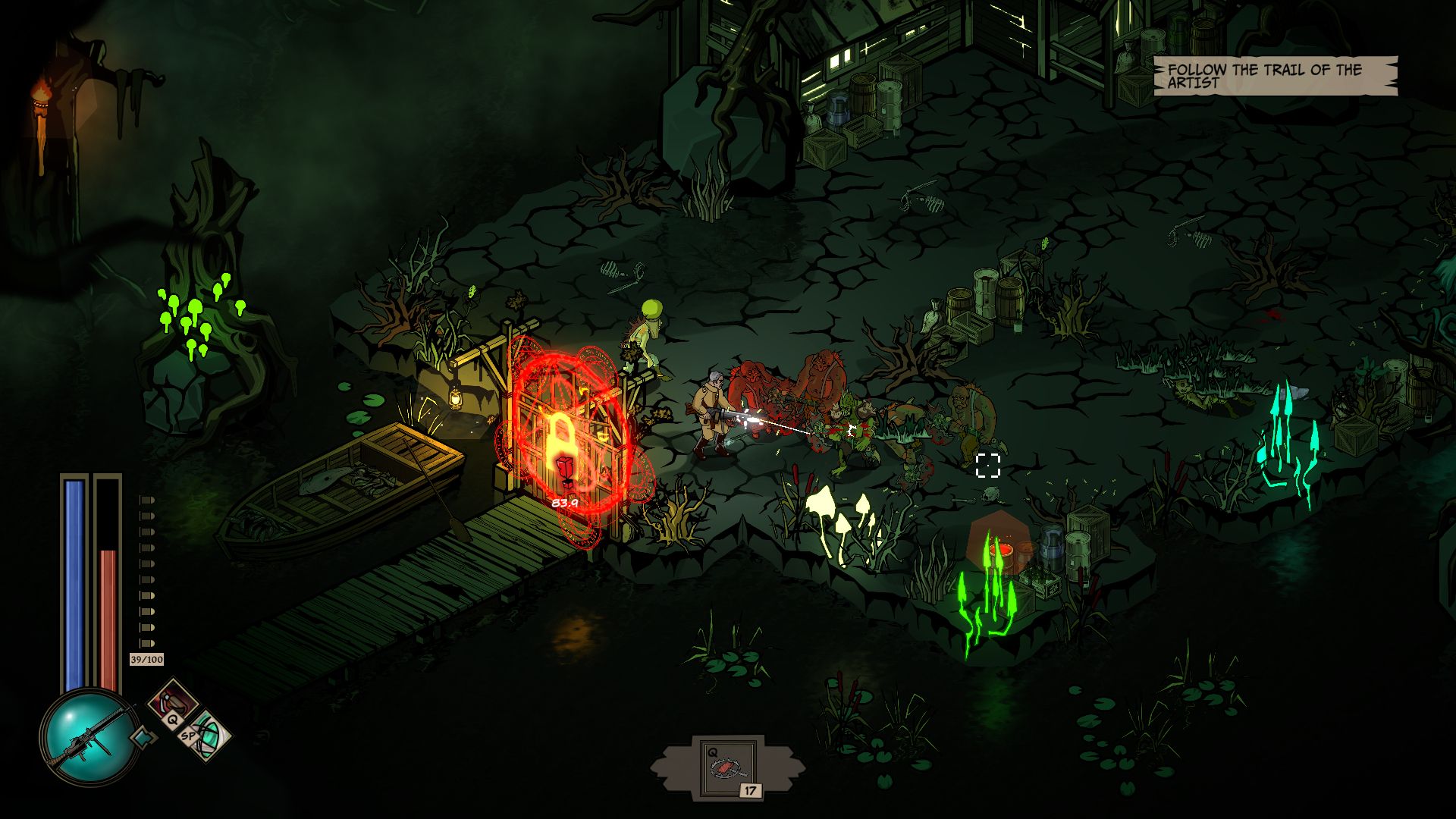 If you have read any of our other Character Guides, you may be slightly confused as to why we are only listing two abilities for the Veteran. The reason for that is that he only has two. Trap is his best ability, although like with the Witch and Detective, it is entirely dependent on a consumable – in this case, traps.

This ability deals massive damage to any enemy who steps on it, and it can be used to kill tough enemies in a single hit. You can use it at point black range to deal damage in a pinch too, although it is harder to plan which enemy will get hit by it in these situations.

His second ability, Backstep, is awful. We failed to find any situation where we used this ability and we were happy with the result. The Veteran literally hops backwards a short distance. This distance is way too short, and in most scenarios, we found enemies (since the lunge) hitting us even after use.

Battle Strategy When Using The Veteran 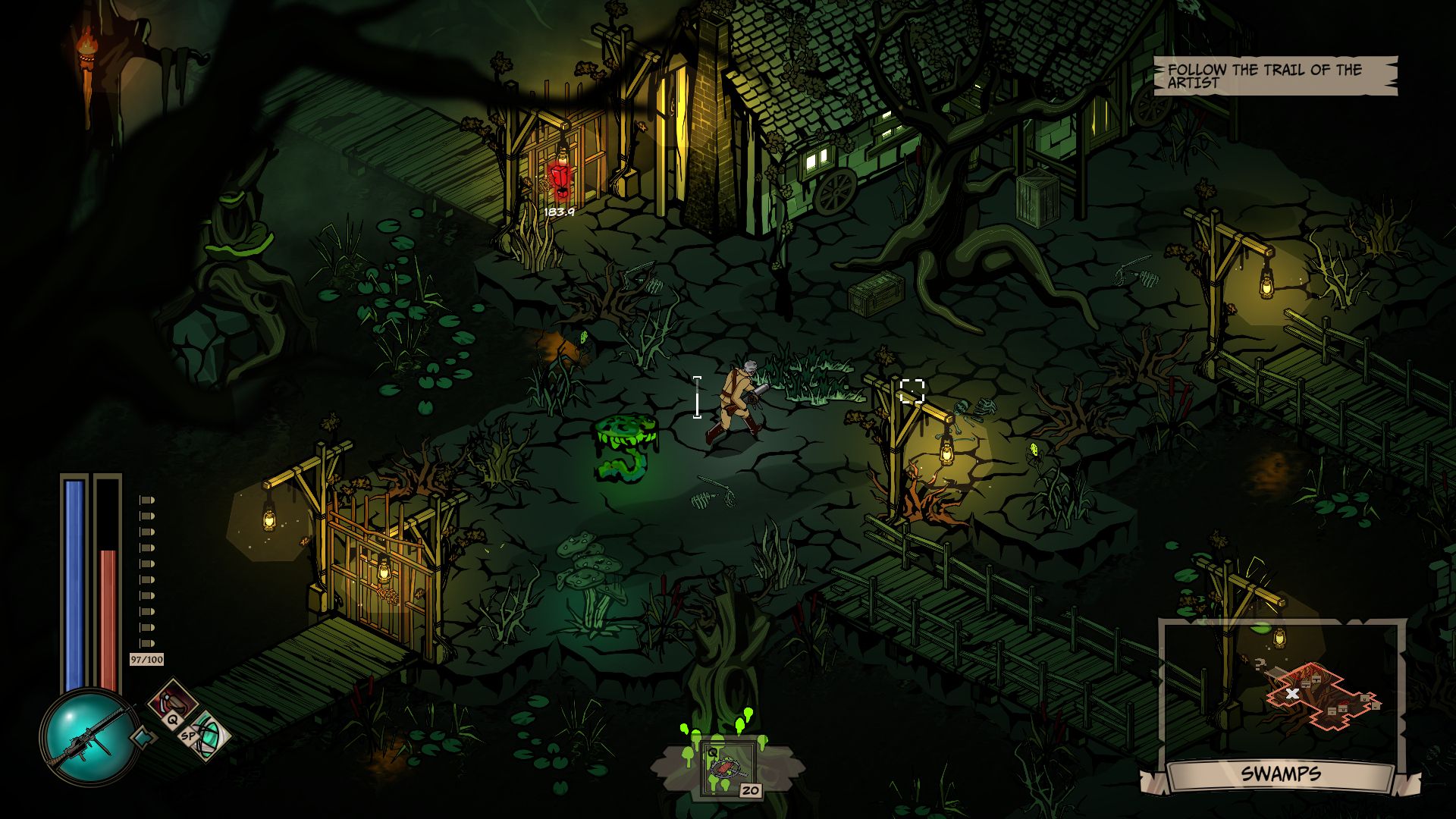 The Veteran is easily the hardest character to use so far. He has more HP than most, which is a nice touch, but in every other way, the Veteran is massively underwhelming. He is too slow to avoid damage, his mobility tool is a joke, and whilst he has an amazing powerful trap, it’s locked to fairly expensive consumables that you need to craft (mostly).

We would avoid using the Veteran until you’ve managed to find better equipment, as his starting gun is not good enough to tackle the challenges the game puts before you. A better gun would be a good start. From here, try and pick up Artefacts that boost your mobility to try and overcome his crippling movement speed. Then, find some armour. You will need to increase your defences, resistances and immunities if you want to come out alive.

You will want to try and gain immunity to Bleed and Acid as these two ailments are fairly common in the early game.

Finally, you will need to have plenty of traps, so find the required materials and visit every vendor you can to stock up. This will let you drop a staggering amount of burst when you need to, and it also plays into his general gameplay style.

The Veteran should be setting himself up in an advantageous position wherever possible, and he should use his range and powerful guns (when you find them…) to draw enemies in small numbers. You can then focus them down with concentrated fire before moving on. Laying some traps is also a great plan, as is throwing them up close to kill problematic enemies.