Few resources are as important as Land in Magic: The Gathering. The primary source of mana, in the vast majority of cases, Lands are required in order for players to cast their spells.

In addition to providing mana, many of the most potent land cards in the game can offer additional utility to a player comparable to that of a spell. While White cards often have a somewhat mixed reputation, especially within the Commander format, White decks have access to several potent land options that shouldn't be undervalued. So we're going to examine the best white-related lands in Magic: The Gathering. 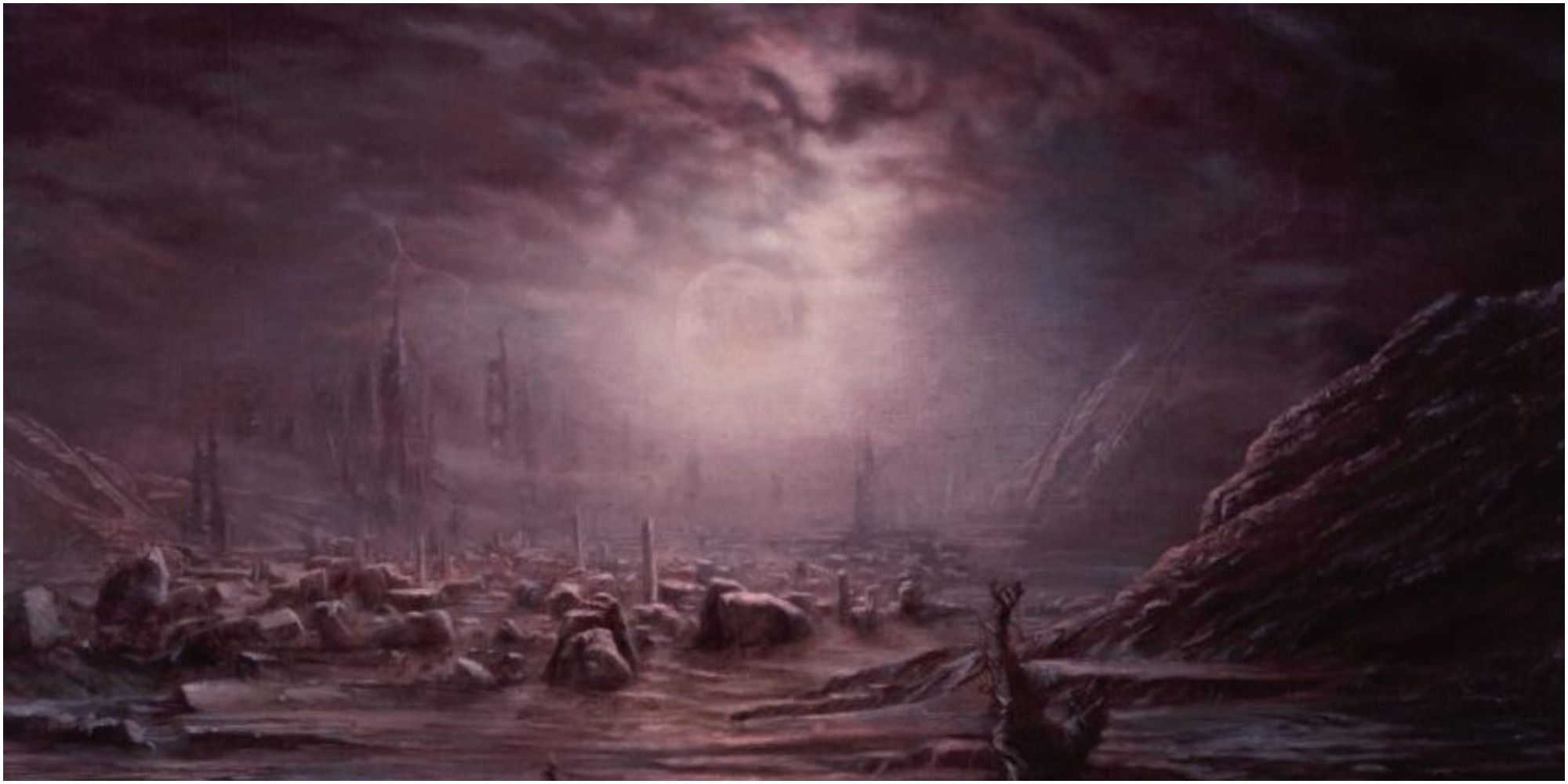 First printed in Time Spiral, while Flagstones of Trokair may not seem like much at first glance, it can be a potent asset in the right deck. As a legendary land that enters the battlefield untapped and is capable of being tapped to produce one white mana, in many games, Flagstones Of Trokair offers nearly identical value to that of a basic Plains.

However, this land has an ability that states that if it's ever put into its controller's graveyard from the battlefield, that player can tutor for a Plains, putting that card into play. This means that when paired with spells such as Crop Rotation, Harrow, and Springbloom Druid that provide value at the cost of a sacrificed land, Flagstones of Trokair can be sacrificed to allow a player to net additional value. 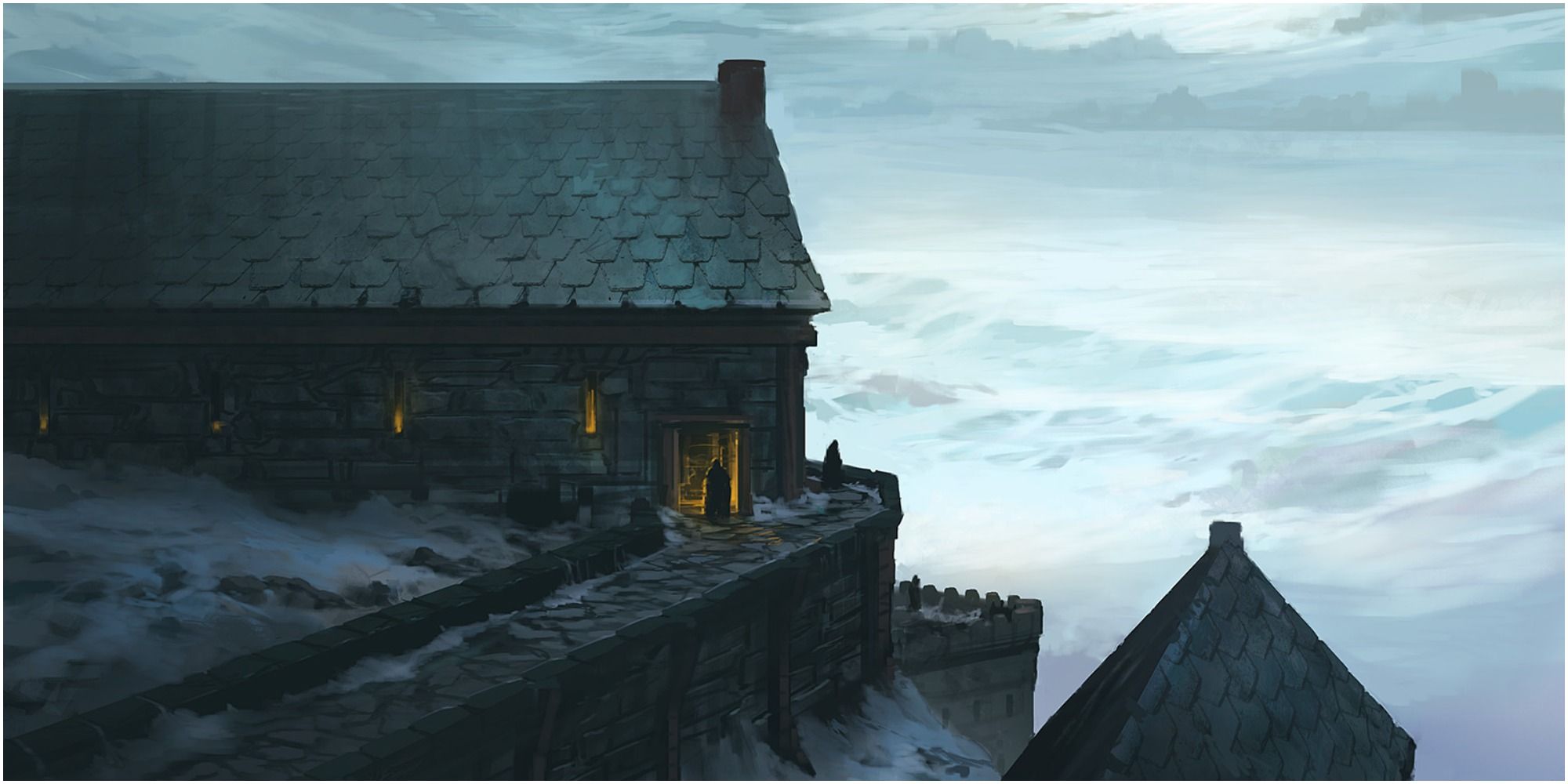 Kjeldoran Outpost was first printed in Alliances and is a solid option for token-based decks with access to White mana. While Kjeldoran Outpost must be sacrificed when it enters the battlefield unless its controller sacrifices a Plains, it can offer reliable value over the course of a game. Capable of being tapped to produce one White mana, its value comes in its two-mana activated ability that can be used to create a 1/1 White Soldier token.

Flexibly able to activate at instant speed, Kjeldoran Outpost can be used to ensure its controller is constantly capable of populating their board and generating tokens.

6 Eiganjo, Seat of the Empire

White's representative from Kamigawa's cycle of Channel Lands, like Flagstones of Trokair, Eiganjo, Seat of the Empire is an excellent land that can often offer comparable value to that of a Plains. While once in play, Eiganjo is simply a land that can be tapped to provide one White mana, when in a player's hand, this land offers additional flexibility to a player.

When in a player's hand, Eiganjo has a Channel ability that may be used for three mana, with this cost reduced by one mana for each legendary creature under its owner's control. This ability causes Eiganjo to be discarded, dealing four damage to an attacking or blocking creature, allowing it to offer the utility of either a land or an instant based on what would better serve a player at the time. 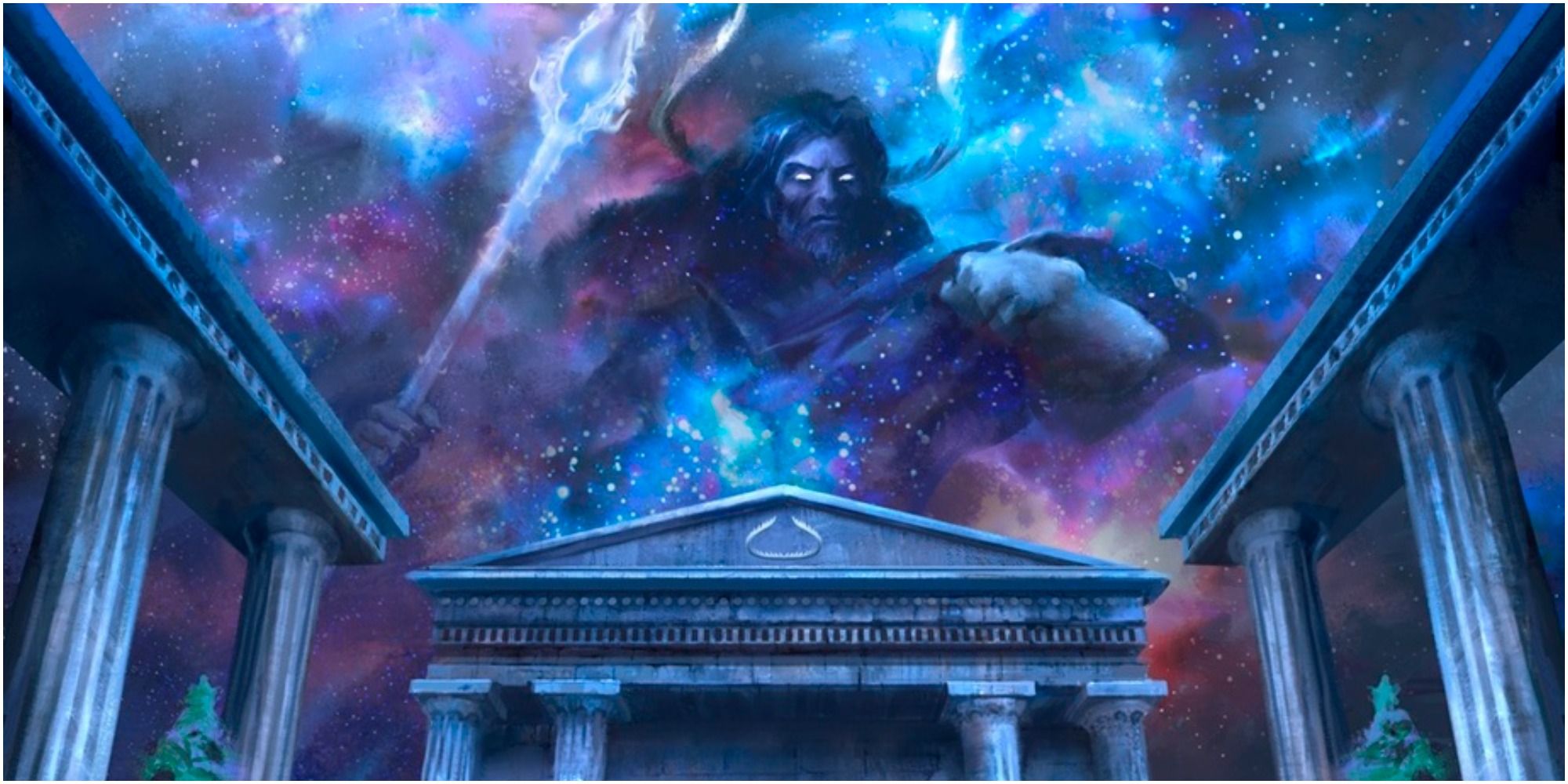 Over the years, White has received many great cards that synergize with enchantments, and the Hal of Heliod's Generosity is a perfect inclusion for any white enchantment deck. Though only capable of producing colorless mana, using its two-mana activated ability, Hall Of Heliod's Generosity can be tapped to put an enchantment from its owner's graveyard on top of that player's library.

This provides an extra layer of insurance in case a key enchantment is destroyed without requiring the use of a spell. Additionally, as this ability can be hypothetically used each turn rotation, it can make any enchantment incredibly difficult to permanently deal with. 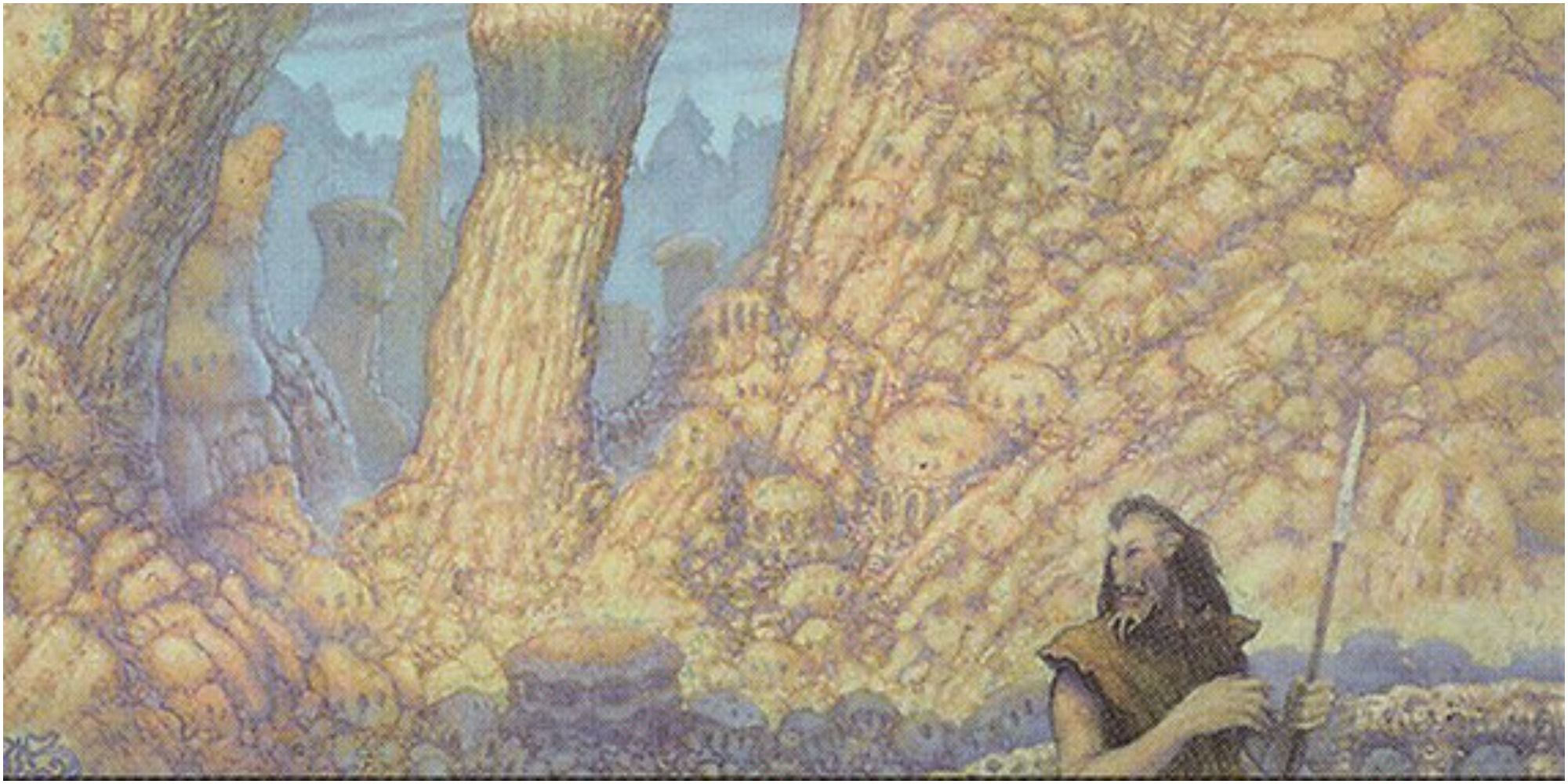 Kor Haven is a Legendary Land first printed in Nemesis that can flexibly help defend its controller. Entering the battlefield untapped and capable of tapping for one colorless mana, Kor Haven's real value is within its activated ability.

For two mana, Kor Haven can be tapped to prevent all combat damage target creature would deal this turn. As this land can be used each turn rotation, Kor Haven can reliably shut down an opponent's massive singular threat such as a Voltron commander.

Emeria, the Sky Ruin is perhaps among the strongest lands that can be included in any Mono-White Commander deck. Though Emeria enters the battlefield tapped and only taps for a single white mana, the additional value it can provide in the late game is incredible. 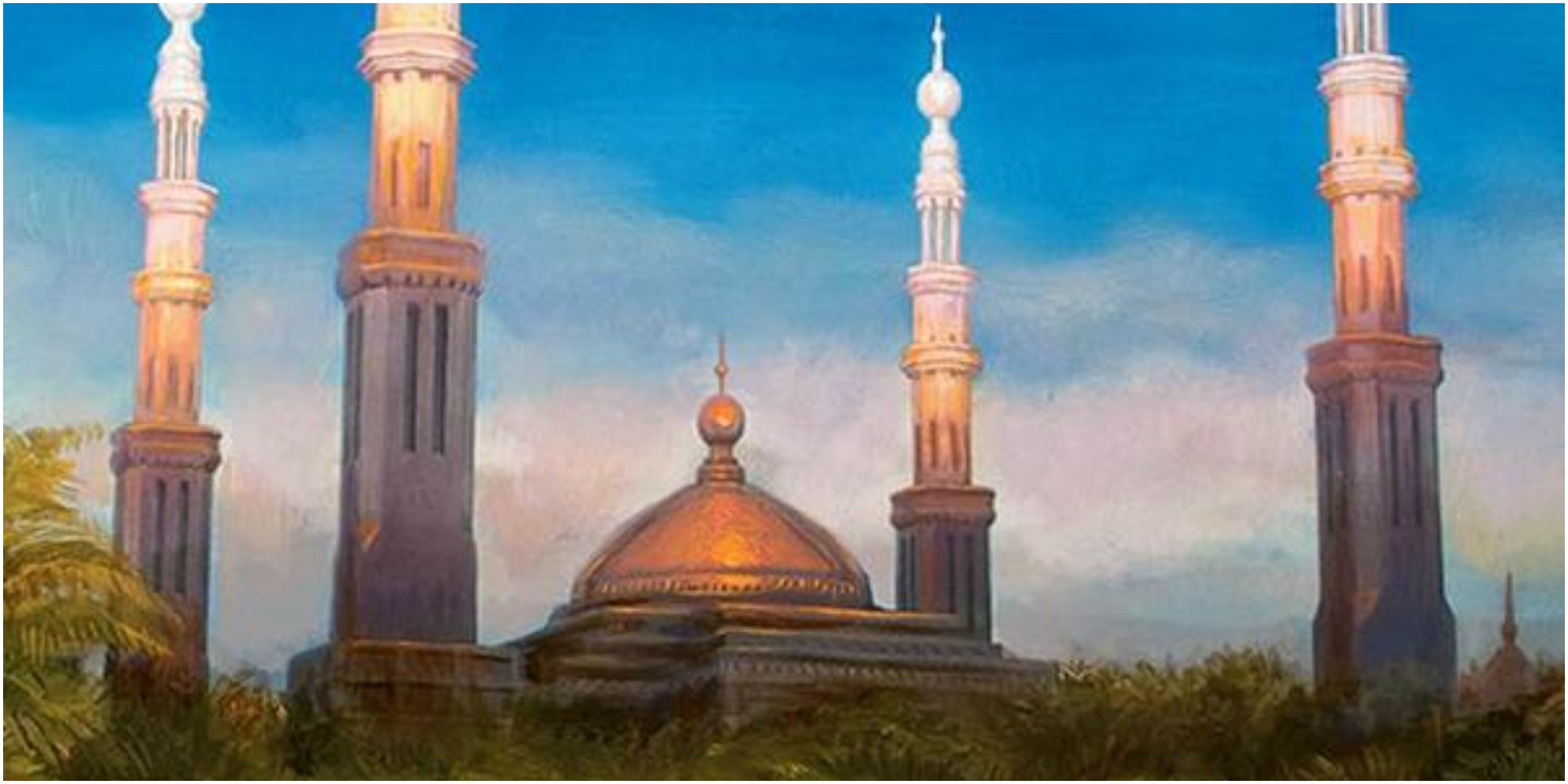 Though banned in Commander, Karakas is an excellent legendary land first printed in Legends that sees play in Vintage and Legacy. Entering the battlefield untapped and capable of producing White mana, in many cases, Karakas is strictly better than a Plains. This is because, in addition to being able to produce mana, for the cost of one White mana, Karakas may be tapped to return target Legendary creature to its owner's hand. 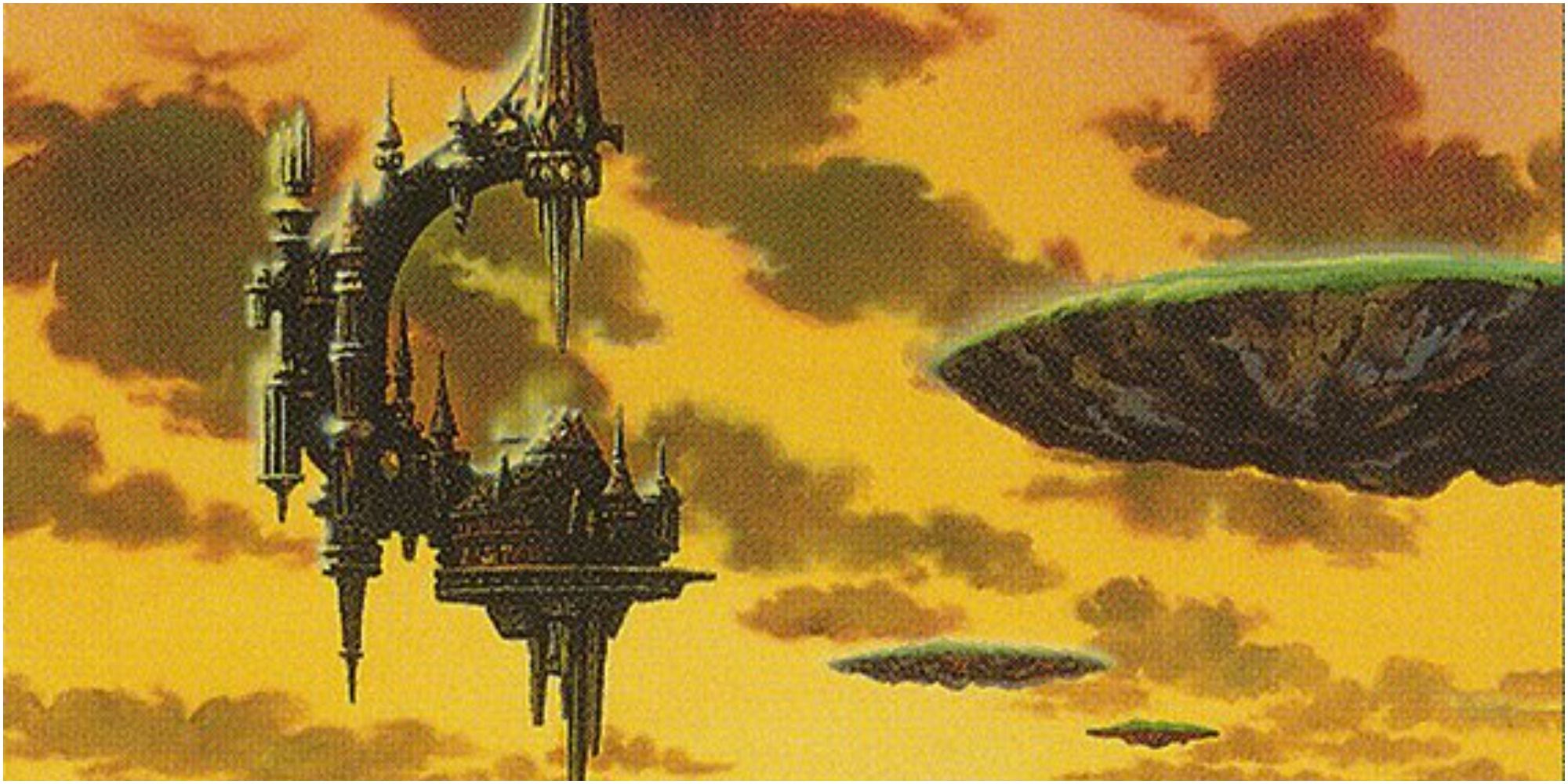 Serra's Sanctum is without question the strongest White-mana producing land in all of Magic. Simple yet incredibly powerful, Serra's Sanctum can be tapped to produce an amount of White mana equal to the number of enchantments its owner controls.

Within an enchantment-themed deck, this card is absurdly strong, capable of providing stellar mana ramp in a color known for its mana-ramping issues. Even within the early stages of a game, Serra's Sanctum can allow a white deck to produce twice as much mana as they would be able to otherwise, while in the late game, its value is yet even greater.