In Magic The Gathering's world of New Capenna, the Obscura are a crime family of magical spies who use information to gain the upper hand. Whether it's using psychics to predict crimes before they happen to muscle in on the profits, or blackmailing other families with magically-acquired bargaining chips, the Obscura see, know, and are probably involved in everything. 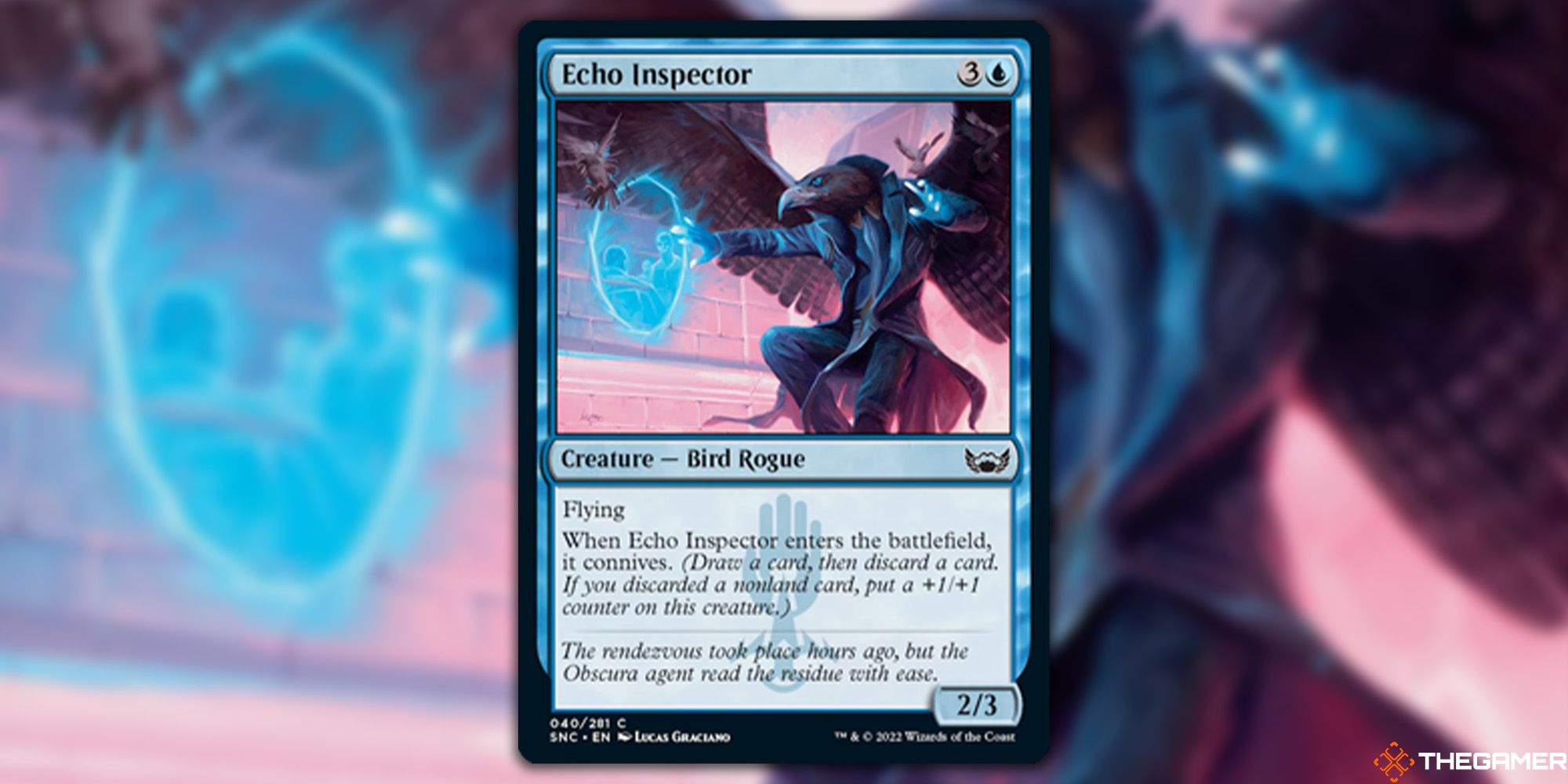 Connive is a keyword action found on creatures.

Whenever you connive, you look draw a card, and then discard a card (known in Magic slang as 'looting'). What happens next depends on the card you discard: if you discard a land, nothing happens. If you discard anything else, the creature that connived gets a +1/+1 counter.

In a handful of cases (such as on Raffine, Scheming Seer), you may be asked to connive X. This means you draw X cards, and then discard the same amount. You then put a +1/+1 counter on the creature

One point of confusion for lots of new players with this kind of effect is that you don't have to discard the same card you just drew. Anything in your hand is fair game, so you're able to get rid of those cards that aren't immediately useful.

As connive is a keyword action, it can be found in a number of different places on a creature. It may be the triggered ability, as is seen on cards like Ledger Shredder or Echo Inspector, or it may be an activated ability, such as on Hypnotic Grifter.

The one important thing to remember with connive is that it happens regardless of if the creature who connived stays on the battlefield until the end of it resolving. For example, if someone destroys your Revel Ruiner in response to the connive enter-the-battlefield trigger, you'll still draw and discard a card. However, you want put a +1/+1 counter on anything, as the only valid target is the source of the connive.

How To Use Connive

Out of the five new mechanics in Streets of New Capenna, connive is probably the least complex. It's just looting, which we've seen a few times recently (most notably being an alternative mode for learning in Strixhaven). That doesn't mean it isn't powerful in the right circumstances, though.

The good thing about connive is that it does three things many decks want all in one go: it gives you a card draw, lets you put cards into your graveyard, and it buffs your creatures. In Standard it's a handy way of getting disturb creatures into your graveyard to pull them back out, while in eternal formats it also helps with things like madness and encore.

A minor bonus to connive is that lets you play creatures ahead of their usual curve. For example, Echo Inspector would normally be a 2/3 flier for four mana, which isn't fantastic. But when it enters the battlefield, it connives, giving you the chance to turn it into a 3/4 flier that also lets you draw a card. It might not break into eternal formats, but in formats like Standard and limited it'll be a worthwhile tool to have on your side.

What Colour Is Connive? 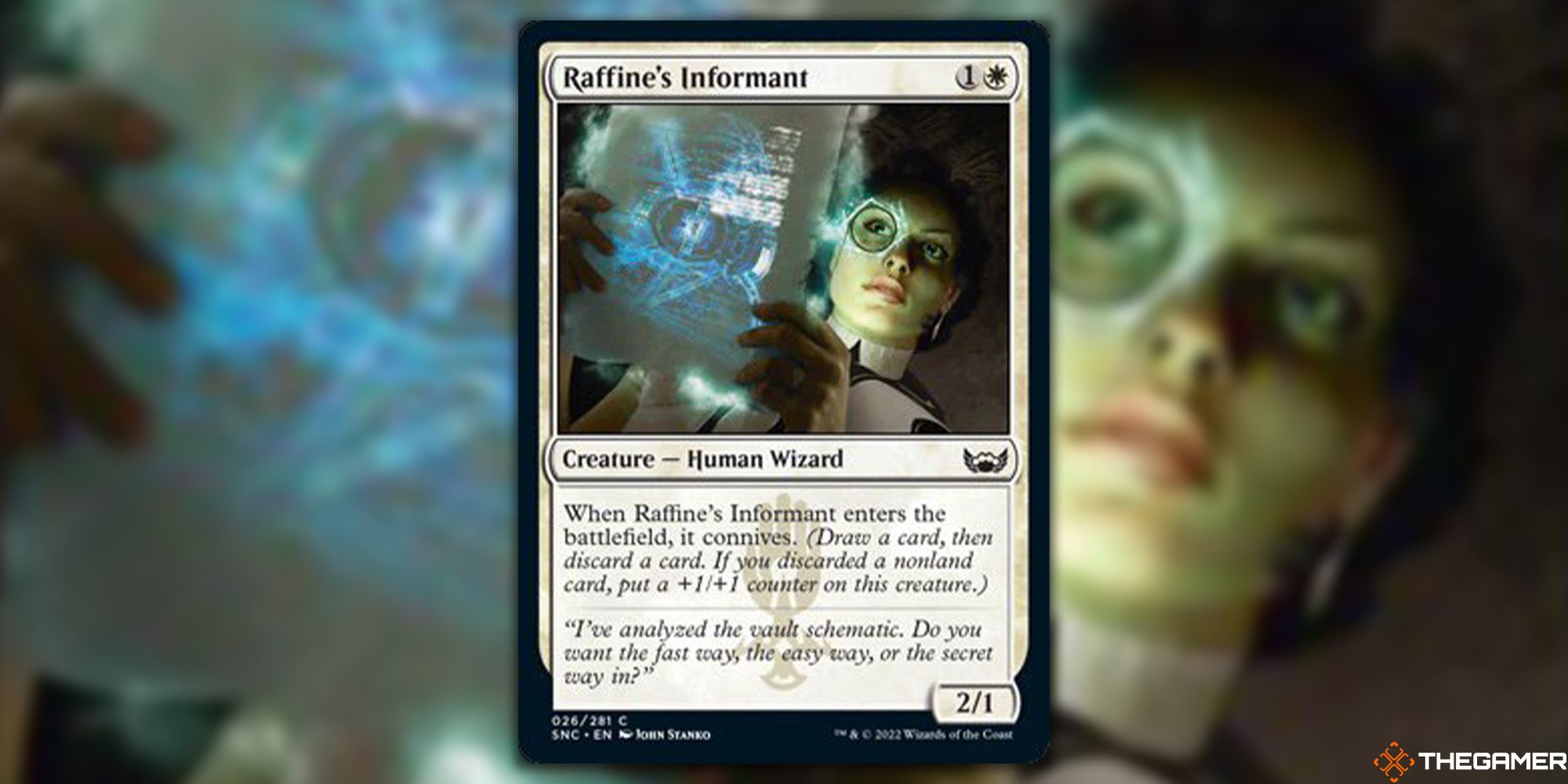 As one of New Capenna's family mechanics, connive is generally found in the three colours of the Obscura family it represents: white, blue, and black.

We are still currently in the Streets of New Capenna preview season, and more connive cards are likely to be announced. However, there are currently 14 cards with connive: six blue, two white, two black, and four Esper (blue/black/white). There are no red, green, or colourless connive cards.