Next year is going to see a major launch for Wizards of the Coast as Magic: The Gathering will cross over with J.R.R. Tolkien's signature creation. Lord of the Rings: Tales of Middle-earth will be the first time a Universes Beyond crossover has been a full-blown draftable set, and one of the most impressive aspects of the forthcoming set will be the introduction of "Borderless Scene" cards, while the WotC boss has predicted big things for the set.

Wizards of the Coast president Cynthia Williams said the Universes Beyond crossovers are vital to Magic: The Gathering's growth, and could lead to the brand becoming a one billion-dollar concern, as she addressed Hasbro stakeholders this week. Meanwhile, Williams predicted that the Lord of the Rings set could sell better than many other sets in 2023 (via Wargamer).

"We expect this to be one of our biggest sets ever, with even greater revenue and profitability potential than our other tentpole sets," she said during the presentation. 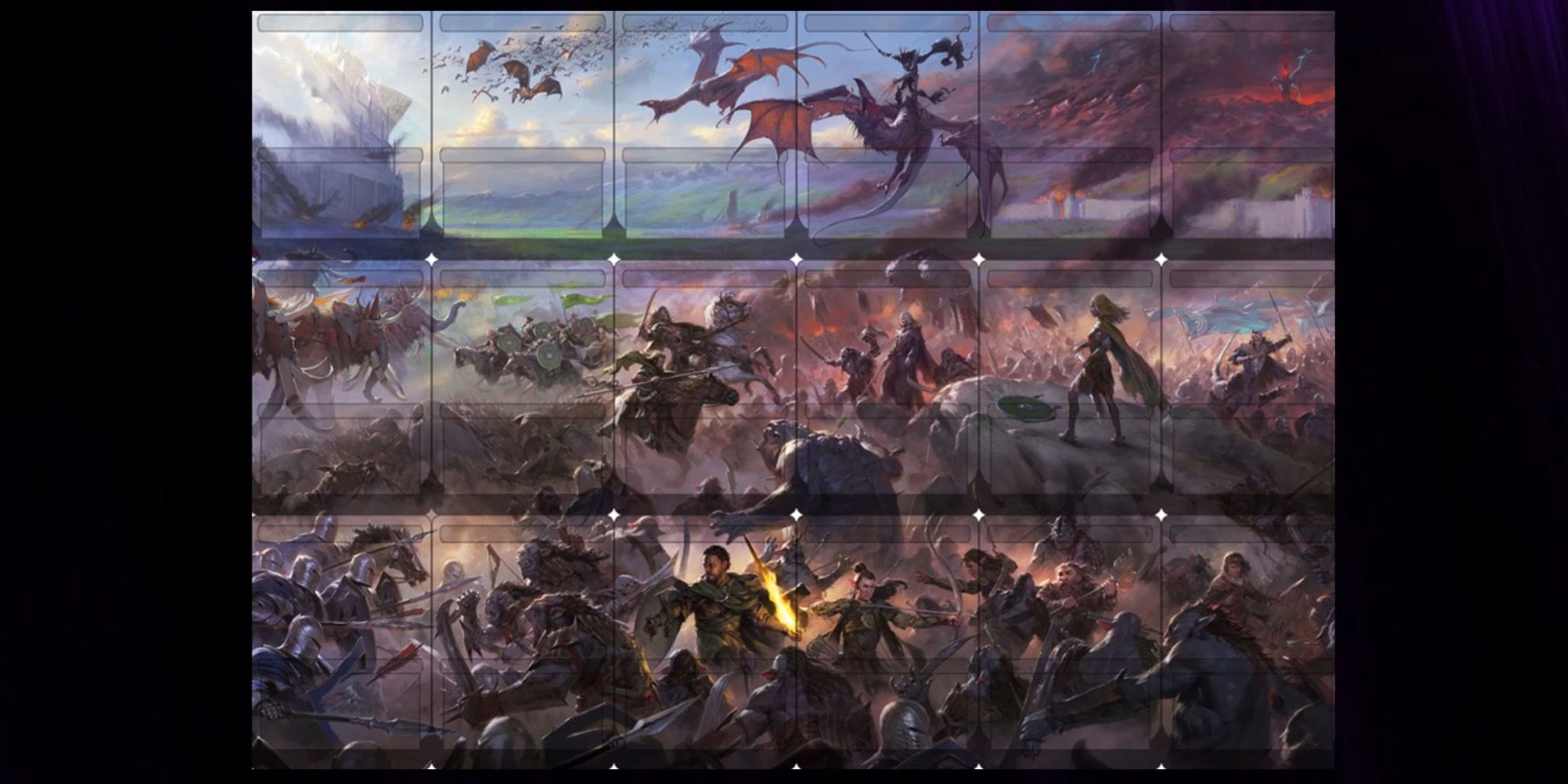 Williams noted that Magic's other "tentpole releases" have earned over $100 million in 2022, setting it on a course to potentially break $1 billion in revenue, and mentioned the outstanding successes of the Fortnite and Warhammer 40K crossover sets.

There's more to come, with crossovers with Assassin's Creed and Final Fantasy to be included in the Universe Beyond initiative sometime in 2024. "We have plans to continue this growth of Magic by partnering with some of the biggest names in entertainment to reach hundreds of millions of new fans through our Universes Beyond product," Williams said.

What makes the Lord of the Rings: Tales of Middle-earth set special is that it'll take the borderless concept further. These borderless scene cards work both as individual art pieces, but can also be pieced together to depict a much larger scene. For example, one scene that was shown off was a detailed rendering of The Battle of Pelennor Fields across 18 full art, borderless cards.

Meanwhile, you can expect Magic: The Gathering's Lord of the Rings: Tales of Middle-earth to come out for tabletop and on MTG Arena in Q3, 2023.