Hasbro has recently released its first-quarter 2022 earnings report with a rosy outlook on Magic: The Gathering. Not only has the most recent set broken into the top three highest-selling Magic sets of all time, but the upcoming Un-set has finally received a release window.

Unfinity marks the triumphant return of the hilarious Un-sets–Magic expansions that have historically been illegal to play outside their own specific formats due to game-breaking abilities. However, Unfinity marks a dramatic shift in Un-sets as it will allow certain cards to be played in tournament-legal formats for the very first time.

First scheduled to release on April 1 to coincide with April Fools' Day, Wizards of the Coast delayed it to the second half of 2022 thanks to pandemic-related supply chain issues. It seems whatever was holding things up has finally resolved itself as Unfinity will now arrive in September, according to Hasbro’s recent earnings call. 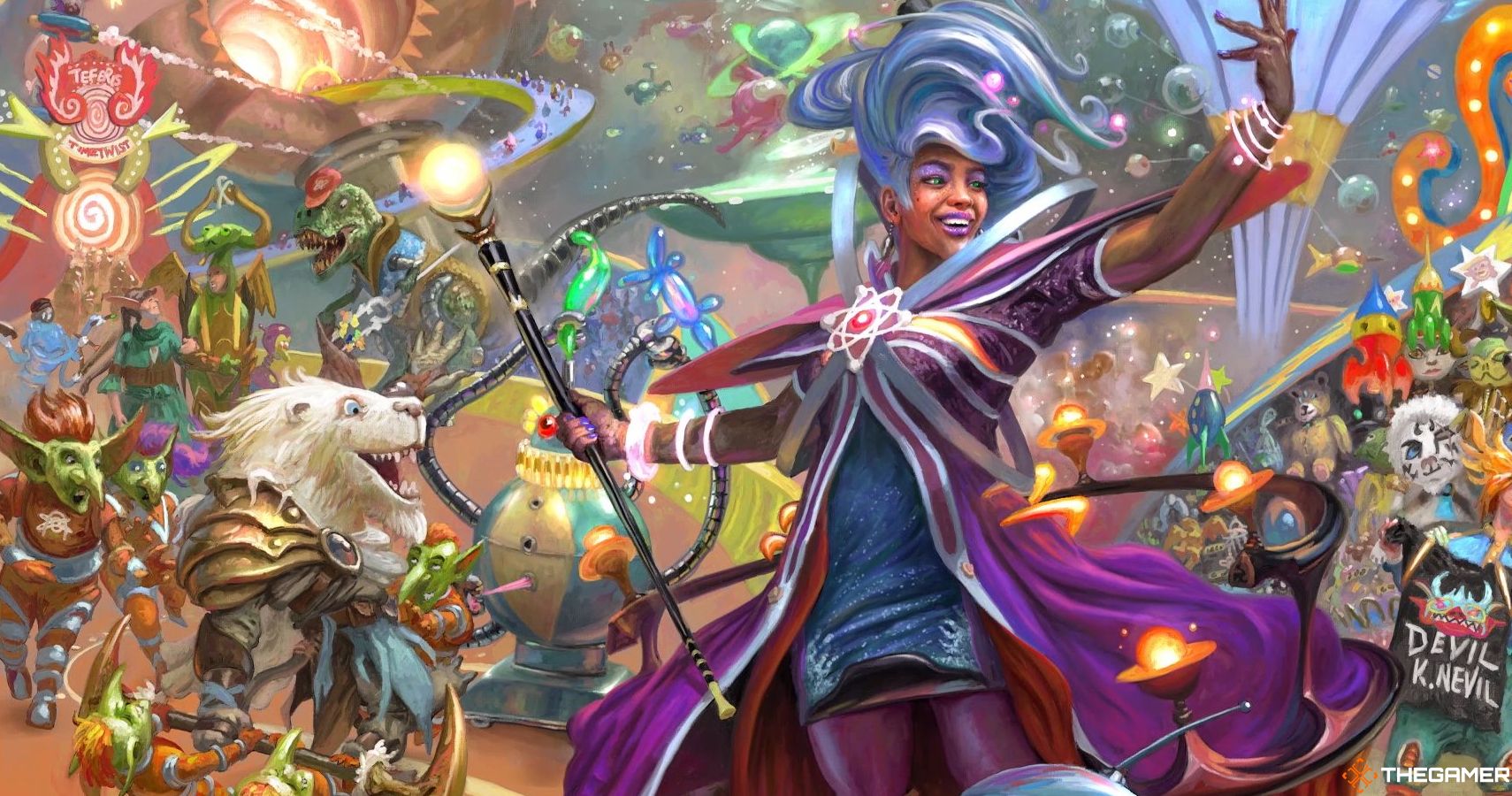 Set in the retro sci-fi-themed Myra the Magnificent's Intergalactic Astrotorium of Fun, Unfinity brings back time-honored Un-set staples such as full-art basic lands. In previous Un-sets, the lands were basically all you could play in tournament-legal formats, but Unfinity will allow players to use black-bordered cards in Legacy, Commander, and Vintage for the very first time. Alongside all-new cards, Unfinity will also reprint the Shock lands too, providing players with more than enough reason to spend a bundle on the latest Un-set.

Unfortunately, Magic players will have to spend a little more than they might have expected. Supply chain and inflation have forced Hasbro to raise prices by 11% on all Draft, Set, Collector's boosters as well as bundles, Commander pre-constructed decks, and Jumpstart packs starting with the next set. Streets of New Capenna, Magic’s next expansion, is set to arrive later this month.