Since 1985, Bowser has dedicated each waking moment to conquering the Mushroom Kingdom and defeating Mario. He’s tried everything to accomplish his mission, like transforming inhabitants of the kingdom into random objects to scouring the galaxy for powerful items. No matter the cost or method, Bowser has remained dedicated to one day calling himself the ruler of the Mushroom Kingdom.

Bowser’s design through the early games of the Super Mario Bros. series changed frequently. It finally settled on a main appearance that was inspired by the Chinese softshell turtle and the Ox Demon King from the anime film adaptation of Journey to the West. His powers and motives have largely remained the same throughout the games, as have his loyal subjects, the Koopas. We take a look at the history of Bowser and the Koopas and how they’ve made an impact throughout the Super Mario Bros. series.

The Birth Of Bowser 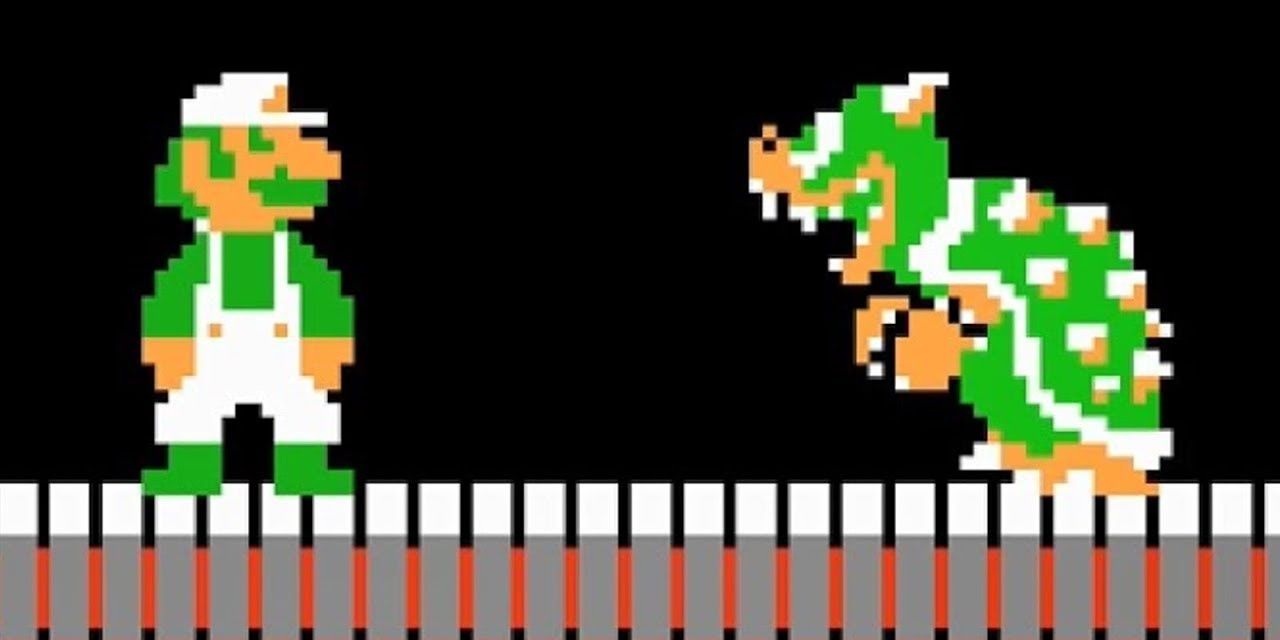 Also known as King Koopa, Bowser is a fire-breathing Koopa who leads the evil kingdom of turtle-like creatures called the Koopa Troop. Bowser is portrayed as a larger Koopa with a spiked shell on his back and spiked bracelets around his wrists and neck. The overall design of Bowser and the Koopas were originally inspired by creatures from Japanese folklore called Kappa, green reptiloids that resemble humans with webbed appendages. Bowser’s first concept art showed the Koopa king standing upright with large fangs, but without his horns.

While Bowser made his first appearance in the original Super Mario Bros., his first chronological appearance occurred in Super Mario World 2: Yoshi’s Island. This was Bowser’s first encounter with Mario, and he tried to attack him because he was jealous of Yoshi. Since Super Mario Bros., Bowser and his army have kidnapped Princess Peach numerous times in their attempts to conquer the Mushroom Kingdom. Although Bowser’s plans have been thwarted by Mario every single time, his army remains loyal to him.

Bowser’s main abilities are his fire-breathing and significant physical strength. He can either summon continuous flames or individual fireballs, and his fire is so powerful it can be used even underwater. Bowser’s also capable of withdrawing inside his spiked shell and performing a spin attack. In a few cases, King Koopa has also displayed skill in the usage of dark magic. 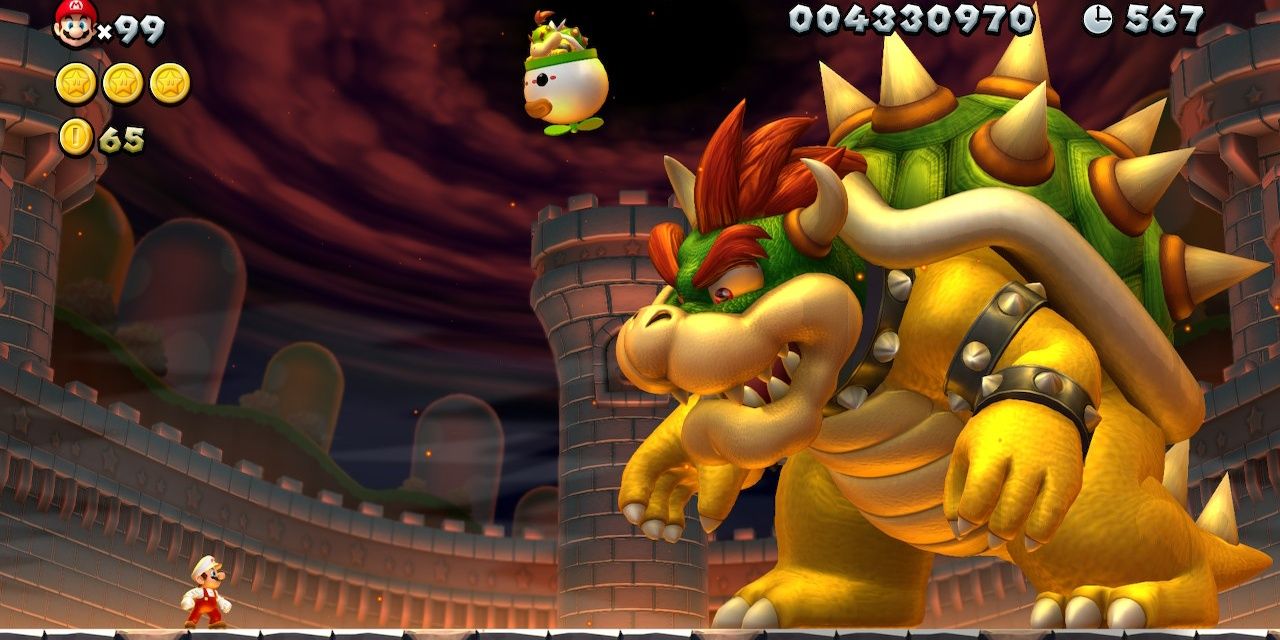 For quite some time, Bowser’s main ambitions were simple: conquer everything. He and his Koopa army would constantly attack the Mushroom Kingdom to force the kingdom to submit to him. There are certain lines that Bowser won’t cross in his quest for domination, but he’s still viewed highly as a danger.

It wasn’t until Super Mario Galaxy that Bowser began to exhibit romantic feelings toward Peach and sought to rule the universe with her as his queen. However, Bowser started expressing these feelings in the Japanese-exclusive animated film Super Mario Bros: Peach-hime Kyushutsu Dai Sakusen. This film follows the premise of the original Super Mario Bros., with Bowser invading the Mushroom Kingdom and transforming the inhabitants into objects, but in the film, he also tries to marry Peach.

Bowser’s desire to conquer was passed down to his children, though the number of children he had changed throughout the series. Initially, the Koopalings were identified as being Bowser’s children in Super Mario Bros. 3, but after Hotel Mario (a puzzle game for the Philips CD-i), the Koopalings were shelved for nine years.

They returned in New Super Mario Bros. Wii, and were relabeled as simply Bowser’s minions. Before their return, Bowser’s son, Bowser Jr., was introduced in Super Mario Sunshine and he has a striking resemblance to his father (unlike the Koopalings). Although Bowser is portrayed as being a selfish, arrogant ruler, he’s also shown as being a loving father to Bowser Jr. 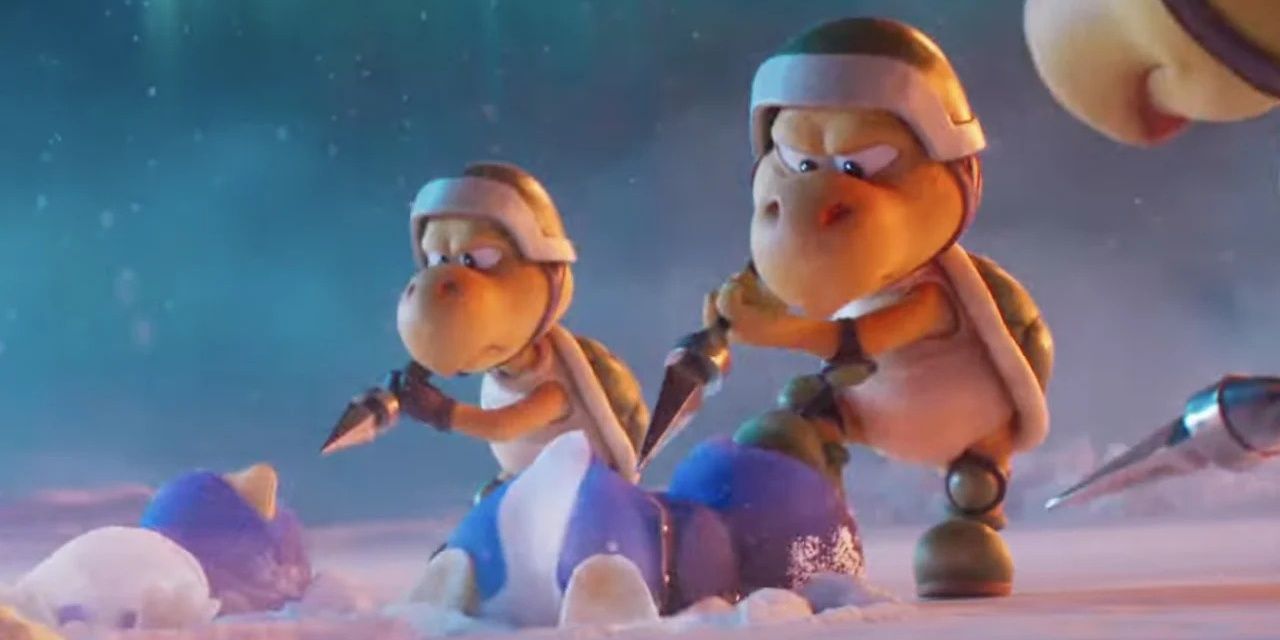 Bowser’s loyal subjects are Koopas from the Koopa clan or Turtle Tribe. There are 12 different Koopa species, all of which are united in Bowser’s scheme to take over the Mushroom Kingdom. Koopa Troopas are the most common and they are typically the foot soldiers in his army with the Goombas. Magikoopas were seen more in an advisory role due to their magical powers.

Although the majority of Koopas are allied with Bowser, that doesn’t mean there aren’t outliers. A small collection of Koopas resides peacefully in Koopa Village, located just within the borders of the Mushroom Kingdom. The ones who are loyal to Bowser operate in a hierarchy system with Bowser as their king. The Koopas follow Bowser out of respect, not fear of what he may do to them.