Mario Kart 64 speedrunner Dossey shocked the game’s community by breaking two world records at once, both the single-lap and three-lap records on Kalimari Desert, hitting a trick with one in 90 thousand odds after around five thousand attempts, live on Twitch.

With a game as old as Mario Kart 64, you’d think that top players would have uncovered and perfected every little trick and timesave possible across the game’s 16 maps, but you’d be wrong. In the past week alone, there have been 14 world records set in Mario Kart 64.

The two most impressive of those 14 world records came from Australian speedrunner Dossey, who set the single-lap record of 26.6 seconds and the three-lap record of 1:55.76 on Kalimari Desert, using a trick so precise that it has a 1/90000 chance of working. The trick in question is the clip through the fence, at the 26-second mark of the video:

So what makes this trick so precise, and how does it save time? The latter is simple: this trick skips a huge portion of the map. The red line in the image below shows the path that this trick takes, versus the blue line, which shows the path of previous world records. The previous path used a bump in the terrain plus a speed boost to jump over the train track in the bottom right of the map, while the new path clips through the fence on the train track, much sooner in the lap: 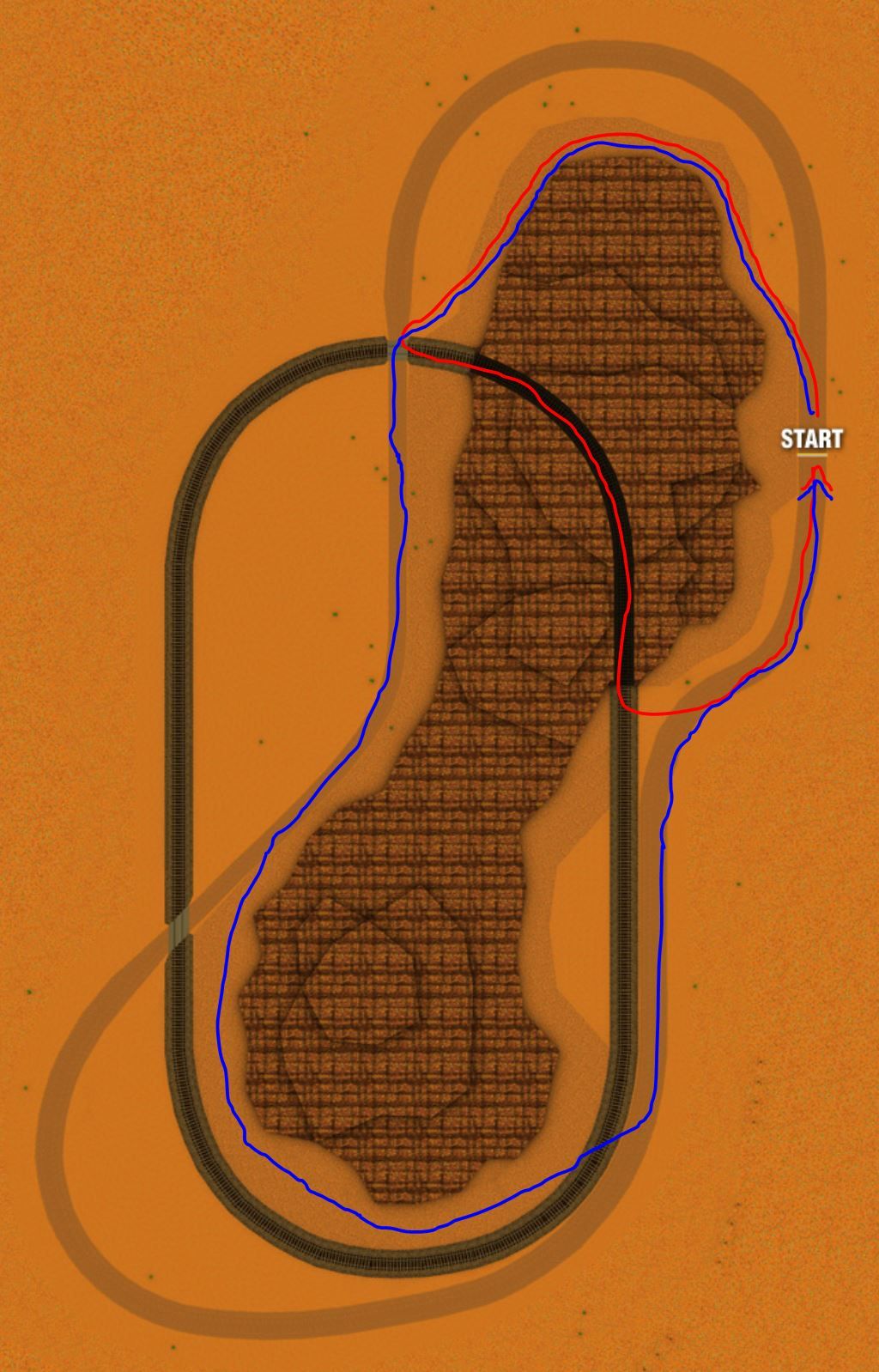 As for what makes this a 1/90000 trick: when you are moving forward at some velocity in Mario Kart 64, it isn’t truly a smooth movement. You are instead teleporting forward X pixels/frame. Thus, if you are right next to a barrier on one frame, moving toward it at a high enough velocity, your next teleportation will put you inside the barrier, so a collision will be detected and you will be pushed backward. The reason that Dossey is able to bypass this collision is by having the exact velocity and angle required to teleport onto the exact center plane of the fence. The game is not be able to distinguish what side of the fence he is on, so both sides of the fence apply collision bumps that cancel out, and on the next frame he is free to continue on his merry way.

The smallest difference between two points that the kart can be at is 0.000061 units. Using a shroom boost at that distance from the fence will get your kart to a speed of around 5.5 units/frame, and 0.000061/5.5 ~ 1/90000. The odds are unlikely, but far from impossible, and if speedrunners can work out a consistent setup, maybe we’ll even see a triple fence clip three-lap record in the future. It should be noted that Dossey is technically the second to hit this trick on console, but the first, mrpittjr,  instinctively paused after hitting the trick successfully, due to the muscle memory from his many failed attempts, so his attempt was not eligible for leaderboards.