After a long day of beating up Hydra thugs and banishing Lilith's demons in Marvel's Midnight Suns, The Hunter is free to explore the grounds surrounding the Abbey. Exploring the grounds is completely optional, and you can finish Midnight Sun's main campaign without ever stepping foot outside the Abbey. However, ignoring this optional area will prevent you from earning a significant number of rewards, like crafting materials, cosmetics, arcane knowledge, and reagents.

Once you've met Agatha, completed the first Blood Gate, and obtained the first Word of Power, you'll be able to access Agatha's Altar. You won't be able to explore much further into the grounds until you find four Elemental Rods and insert them into the Altar, which unlocks the next blood gate and the second Word of Power. Fortunately, all four rods can be found right away, as soon as you receive the "Open" Word of Power.

Fire Rod In The Chapel 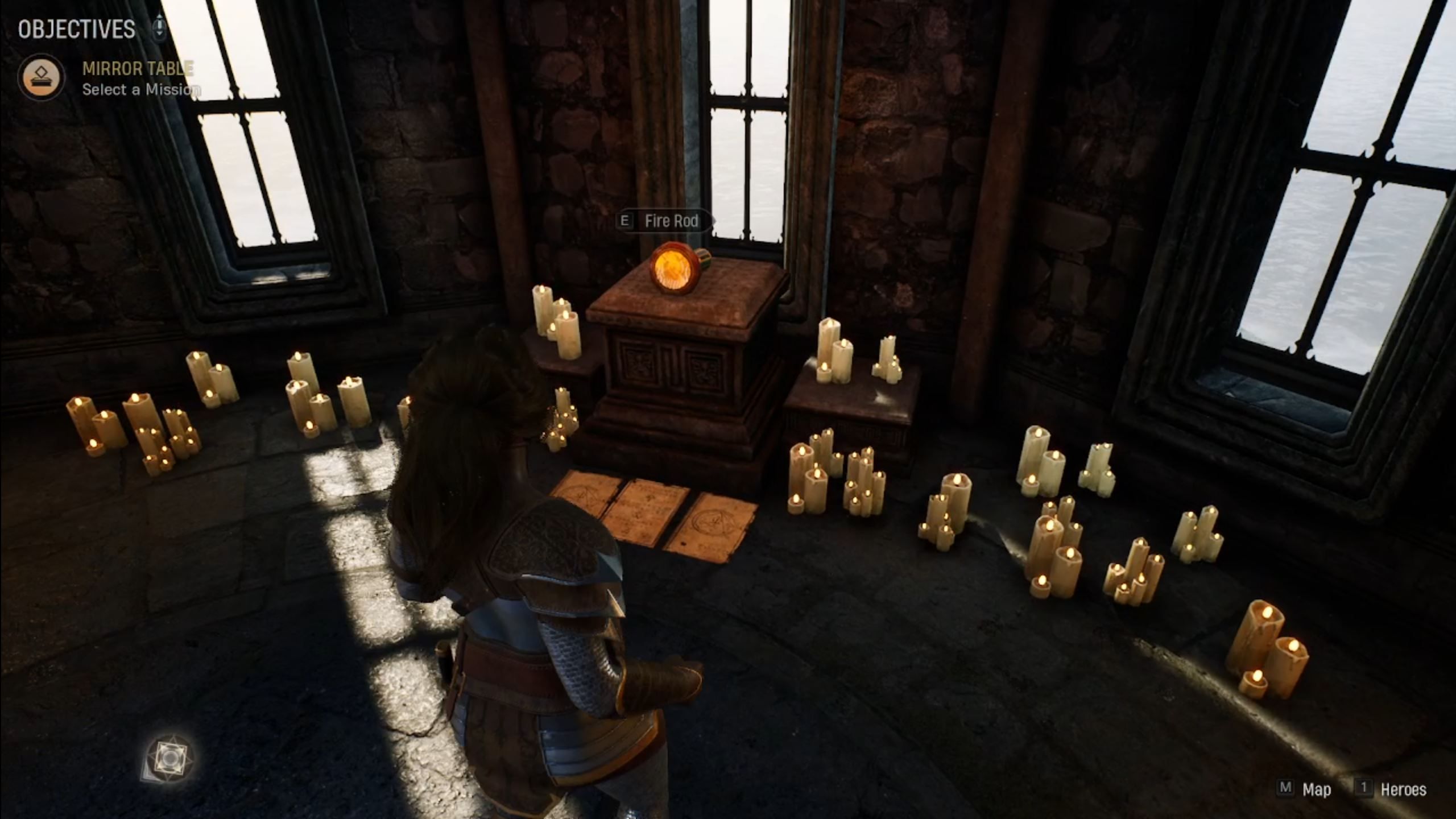 You'll likely encounter the Fire Rod on your own before you even realize what it's for. As soon as the first night in the Abbey, you can head to the Chapel – the room at the opposite end of the barracks from the common room – and you'll find the Fire Rod sitting neatly on a pedestal.

This rod goes in the far right column at Agatha's Altar.

Air Rod Near The Elemental Altar 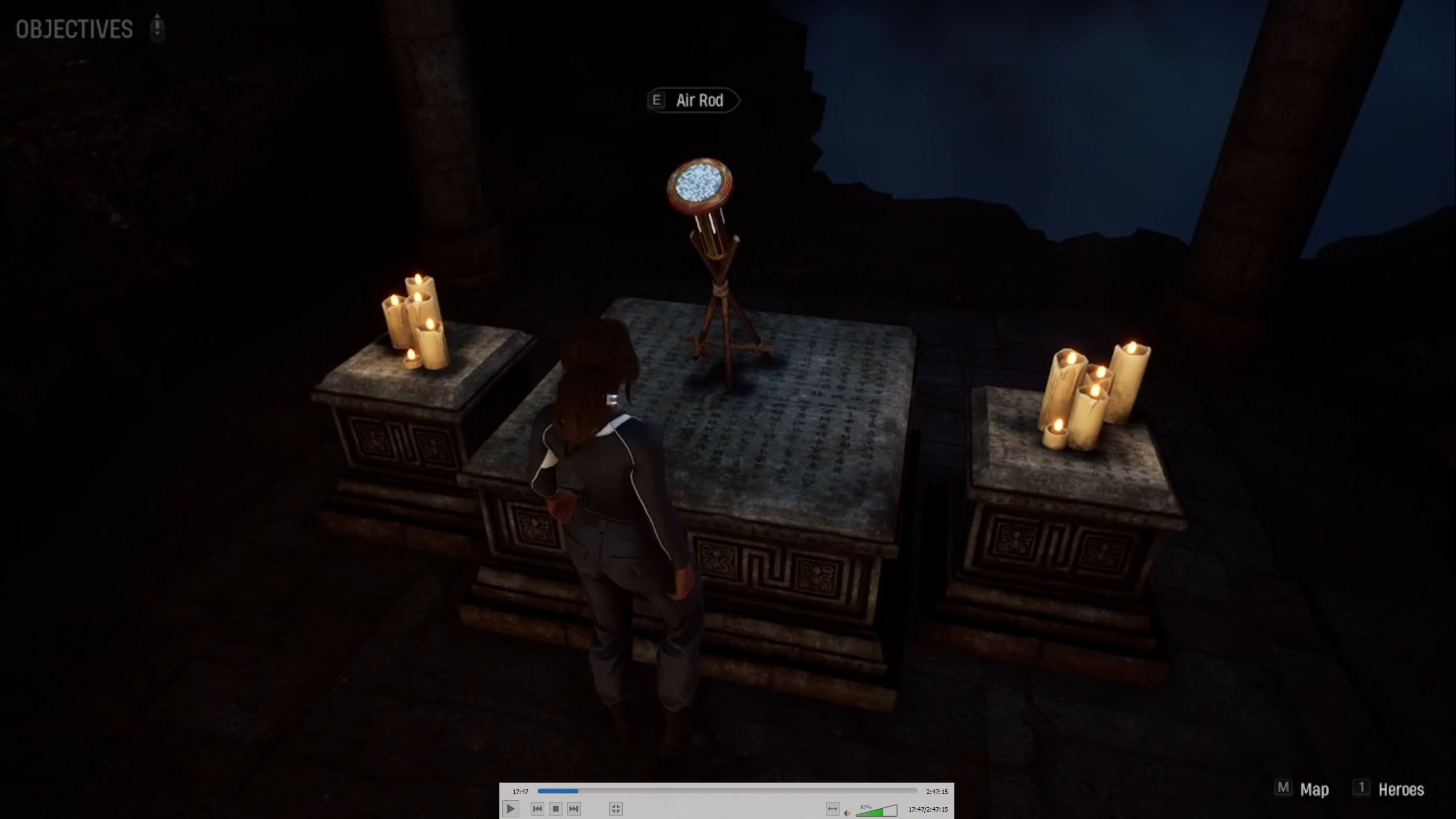 If you're looking at the altar, there's a closed door just behind you to your right. In other words, the door will be at your five o'clock if you're standing in front of the altar.

Use the "Open" Word of Power on the door and head down the hill. At the bottom, turn left, and you'll see the Air Rod sitting on a pedestal, overlooking the water. This rod goes in the second column from the left at Agatha's Altar.

Earth Rod In The Hunter's Folley 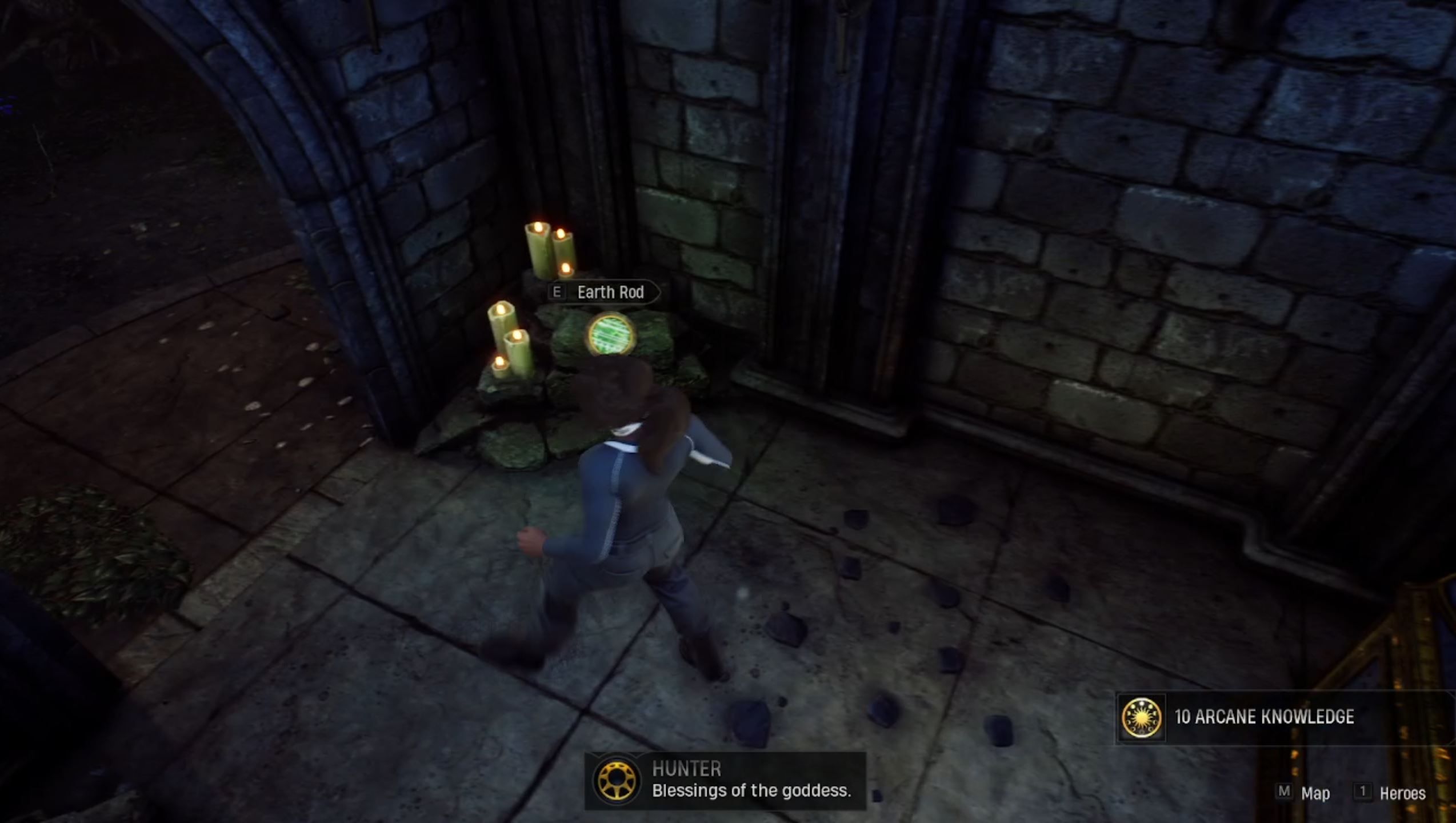 The "Open" Word of Power can also be used to re-open The Hunter's tomb at the top of the Hunter's Folley. Fast travel there or climb the hill just to the left of the Wild Cliffs (where you enter Magik's portal before each mission) and use the Word of Power to open the tomb.

The Earth Rod is on the floor in the front-right corner of the small room. It goes in the column that's second from the right at Agatha's Altar.

Water Rod At The Grotto 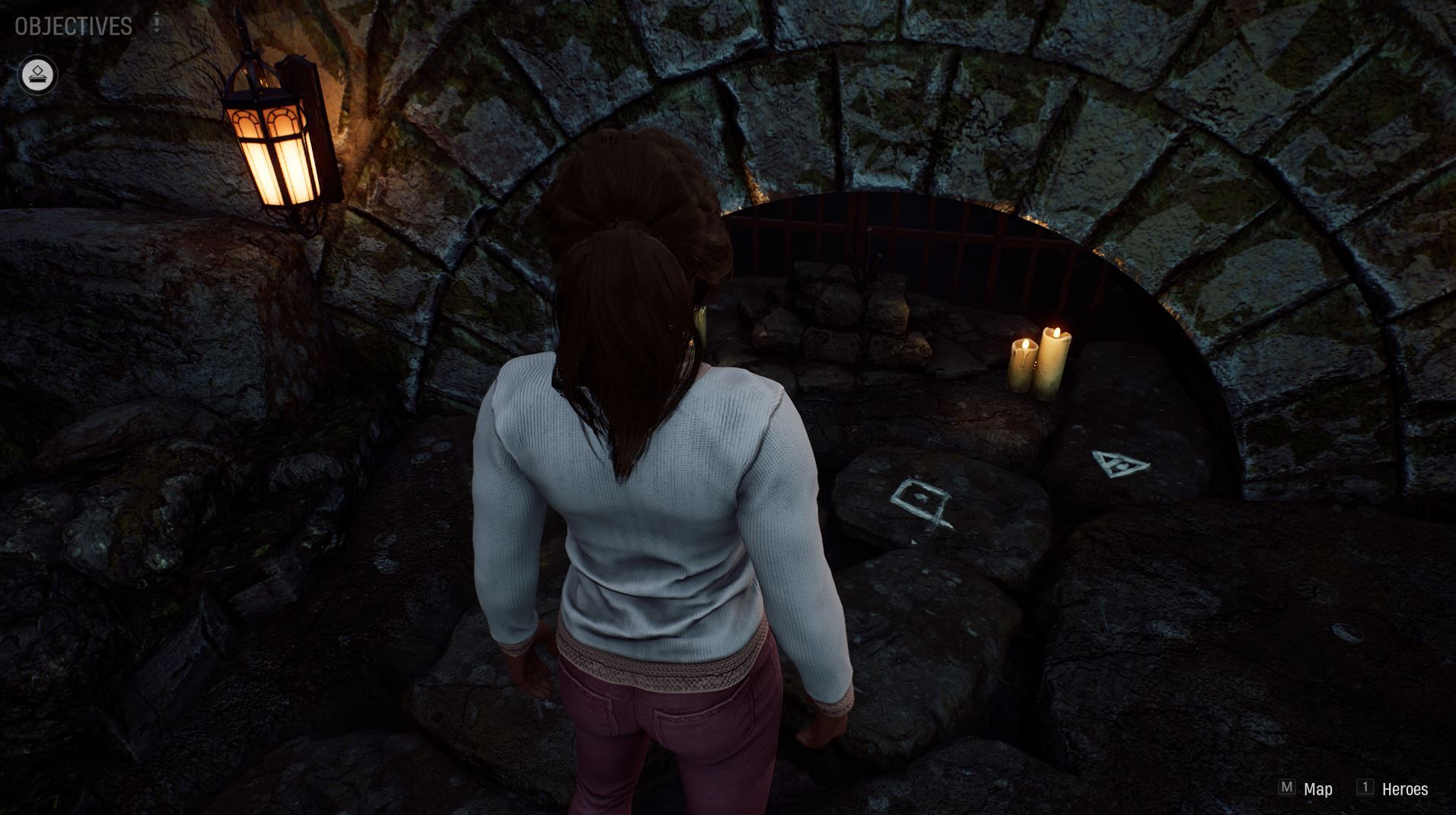 The Grotto is the small swimming hole next to The Yard where you'll sometimes find the heroes hanging out. There's a small bridge right behind the pool and the Water Rod can be found underneath it.

Insert this rod in the far left column at Agatha's Altar to complete the collection and unlock the next blood gate.