In the Mass Effect universe, ancient devices called Mass Relays are used to travel between the stars. That sounds fancy to us, but for the people who live there it's probably about as exciting as taking the bus. But then there's the dreaded Omega Relay, which glows a sinister red rather than the familiar blue of the others. Anyone who ventures inside this cosmic Bermuda Triangle has no hope of returning, because the corner of the galaxy it leads to is where the feared Collectors—a race of villainous, insect-like space bastards—like to hang out.

The Collectors have been invading planetary colonies throughout the Milky Way and kidnapping the hapless humans who live there. This leads to the worryingly powerful and wealthy Illusive Man—the chain-smoking leader of the pro-human Cerberus organisation—hiring Commander Shepard to investigate. But first our hero has to recruit a crew for the Normandy that's tough, brave, and let's be honest, foolish enough to risk a trip into the Omega Relay. The game refers to this dangerous task, for obvious reasons, as the Suicide Mission. 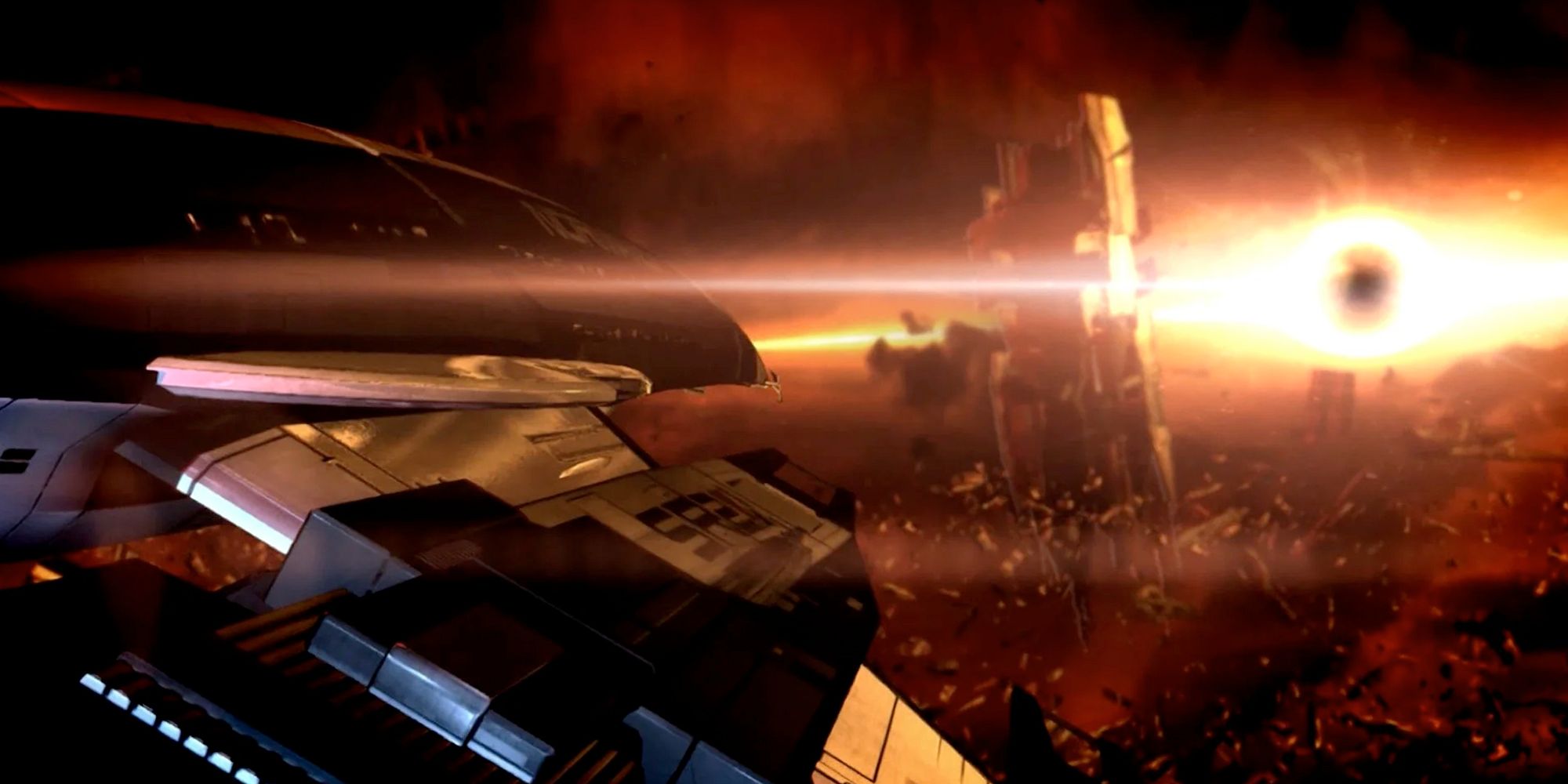 You spend a lot of time in ME2 building and getting to know your crew. It's one of the most varied, interesting ensembles in RPG history, and by the end you'll know all their hopes, dreams, fears, and darkest secrets. Some of them are paranoid, hesitant, or combative at first, but they'll warm to you over time—especially if you take time out to complete their loyalty missions. You won't love them all, but some of these imaginary people will almost start to feel like actual friends as you shoot the breeze with them in the calm moments between missions.

BioWare knows it too. After 40 hours of making you fall in love with these weirdos, all of their lives are suddenly put in jeopardy. The Suicide Mission begins and if you make a bad decision, a character you love might die horribly—even ones that seem like they've been protected by plot armour up until this point. They're properly dead too. If you import your save into Mass Effect 3, they simply won't be there. In fact, one of your beloved crew can end up lasered to death moments after entering the relay if you didn't take the time to upgrade the Normandy's hull.

There's no ceremony to it either. A Collector laser tears through the Normandy's hull and just straight up murders whoever the game decides will stumble into its path. This is your first clue that BioWare means business. It hasn't been calling this a Suicide Mission just to make it sound scary and climactic: people will die as a direct result of you screwing up or doing a half-arsed job. The pressure mounts even further when you make it to the Collectors' freaky hidden base and Shepard is forced to assign roles to the remaining members of the squad. 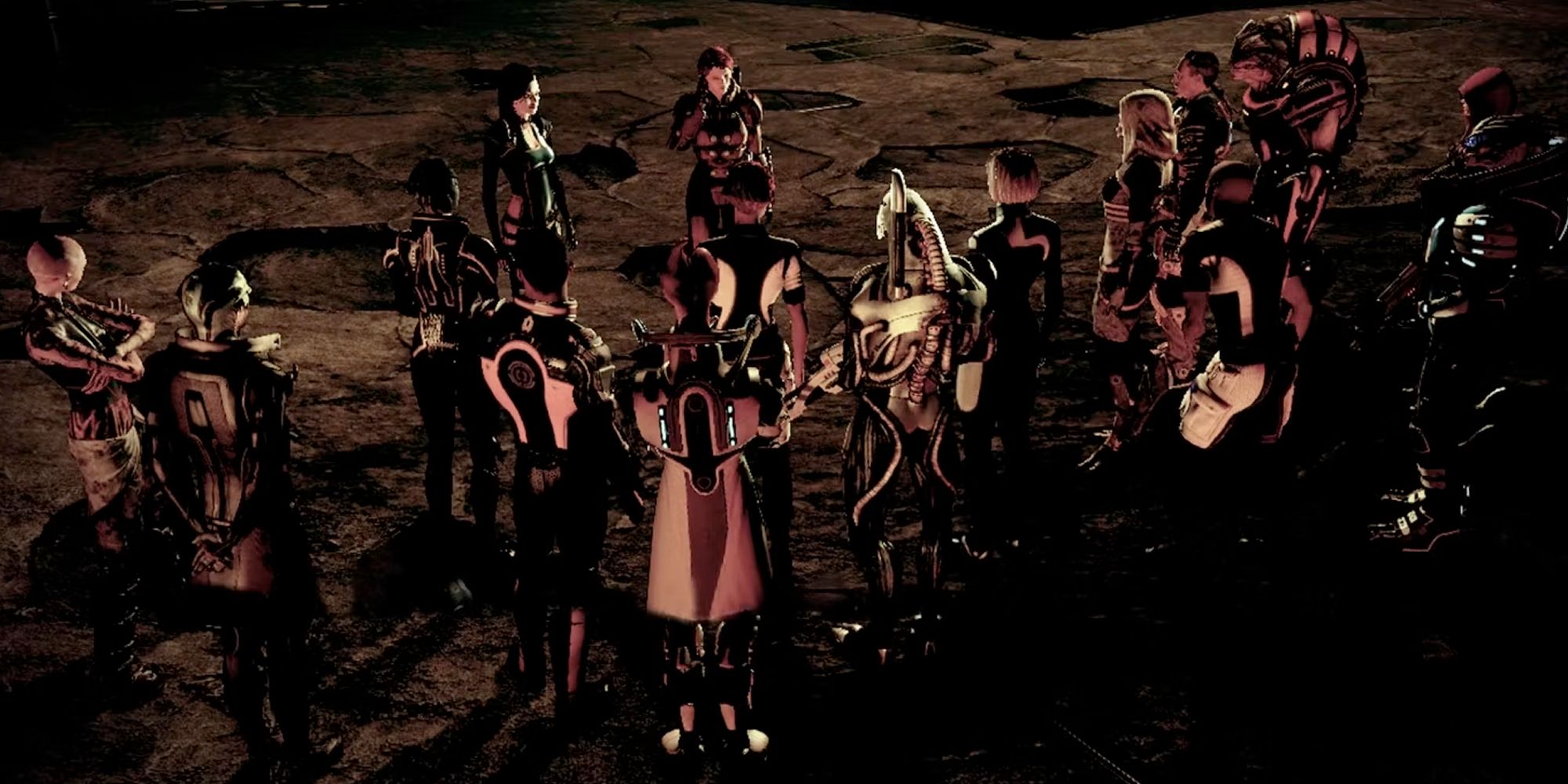 A series of objectives are decided, and you have to assign each one to a specific team member—preferably one whose skills are suited to it. Your choices here will determine whether a character lives or dies, which immediately puts you on edge. But that’s not the only factor. If you didn’t take the time to complete a character’s loyalty mission, which gives them closure for something in their lives that was troubling them, their chances of dying increases. Their lives are in your hands, which would test anyone: even a war veteran like Shepard.

Then it's time for possibly the most stressful hour in video game history. The Suicide Mission plays out according to your choices, and all you can do is pray that your favourites make it. If they don't, huge chunks of story in Mass Effect 3 will be missing—which, in hindsight, was extremely bold of BioWare. This all gives Mass Effect 2's final chapter an almost unbearable feeling of danger. But it's undeniably thrilling too. Not many games feel comfortable killing off multiple main characters, but BioWare seems to get a kick out of it here, the sickos.