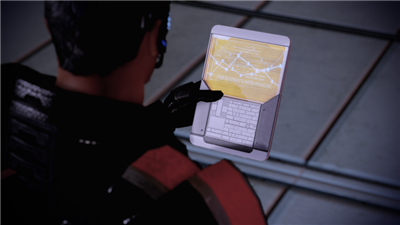 Modders hit the ground running to rebuild the extensive options available for the original Mass Effect trilogy, including the return of console commands. For those looking for Mass Effect Legendary Edition console commands (which has been a lot, my inbox is weeping), NexusMods has you covered.

There are two notable mods to choose from when re-activating Mass Effect’s console commands. There is the Easy Console Commands mod from Seeker Erebus, found here, and the Enable In-Game Console one here from Mgamerz.

Keep in mind that newer versions of the mod will be needed with game updates, according to Mgamerz. “This mod edits a game file to patch out the checks used for preventing the in-game console from working. This differs from the .dll version by d00telemental because it modifies the functions on disk, rather than patching them in memory which may not occur in time due to the DRM. This makes it 100% reliable. However, it may be incompatible with newer game builds.”

They added that this mod was uploaded due to console access being vital for the setup of modding tools. They’ve uploaded the console commands early while Mod Manager continues to be tweaked.

The original trilogy had some incredible mods. From changing how characters look completely to giving the story an entirely new conclusion, the community has been dedicated for years. Unfortunately, those mods have been largely rendered obsolete when looking at the Legendary Edition remaster due to the inability to utilize the popular ME3Explorer toolset. We’ve previously talked to the BioWare team about mods and have been working with the community to learn more about the road ahead, but despite all of that, there are quite a few new Mass Effect Legendary mods to use.

Interested in learning more about Mass Effect Legendary Edition? Check out our game hub here to read exclusive BioWare interviews, helpful tips and tricks for newcomers, and a ton of other space-faring goodness.

Did you have any mods for the trilogy that were your absolute go-to? Which mods are you hoping to see over on Nexus in the near future? Sound off with your thoughts in the comment section below!