Fans are begging for more Mass Effect 5 news, but it turns out we may have already been given more clues than we originally thought. BioWare's studio general manager, Gary McKay, has claimed that the poster revealed back in November 2021 contains "a handful of hidden treats", including "at least five surprises" that hint towards the direction of the game.

Ever since he revealed this, fans have desperately been trying to decipher all of the teaser's secrets. The guesses range from safer bets such as Liara playing a key role – all the way to Shepard somehow being alive. Many also think they spot Grunt on the poster, which makes sense given the long lifespan of Krogans.

If we're going to jump down the rabbit hole, let's try and form our own list. The most obvious surprises here are that the geth are back – there's one in the crater, and the crater itself is shaped like one. Then there's an asari leading the search party, which must be Liara given her appearance in the teaser trailer.

Those are the two obvious ones out of the way. What's less clear is that the Krogan could be a familiar face – either Wrex or Grunt. The angry baby Krogan is much more likely, given how he doesn't even hit double digits by the end of Mass Effect 3. This might be a bit of a stretch though as, much like Wrex, he can die during the events of the trilogy, or not even be recruited at all (like seriously, you can just leave him in the pod the whole time). 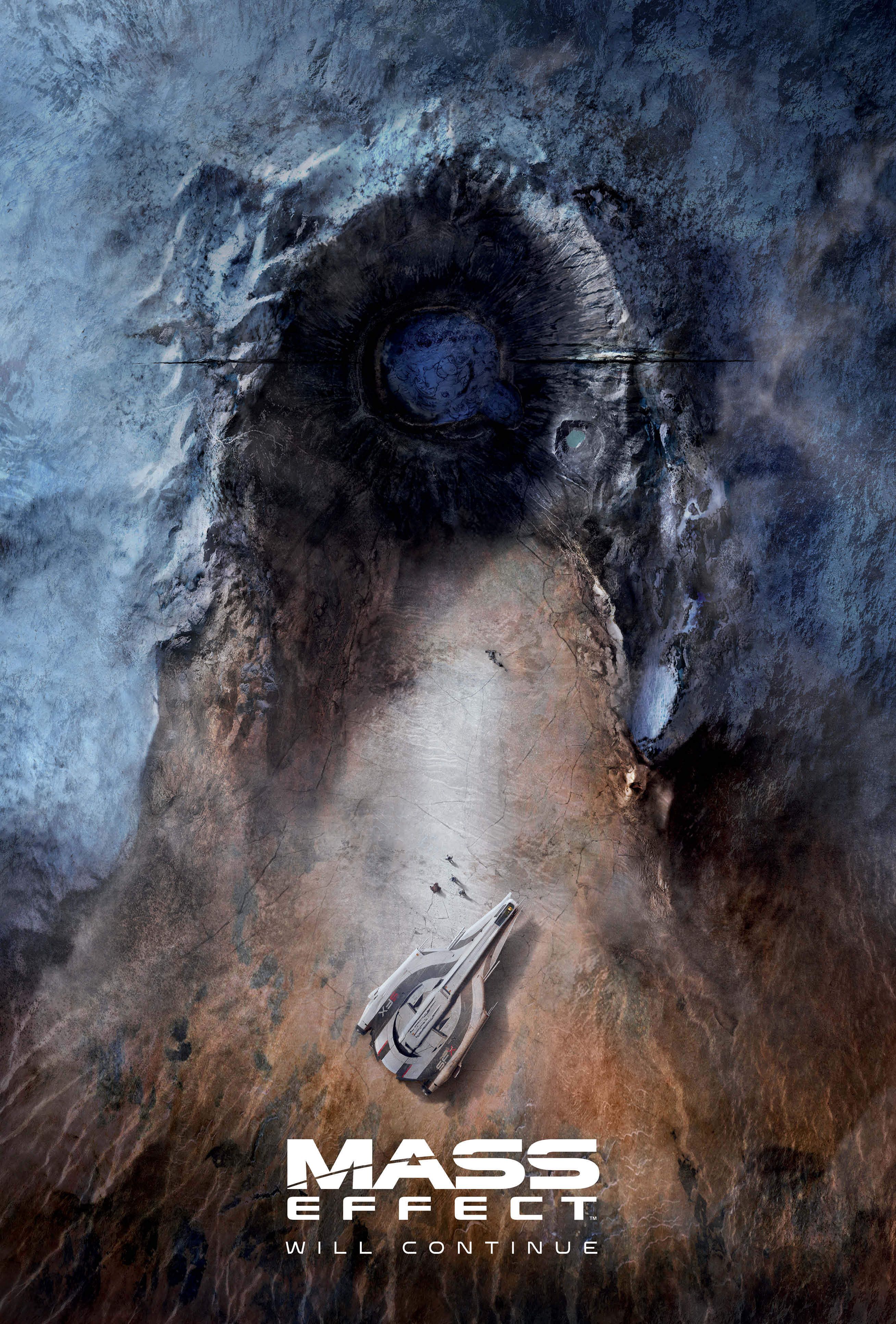 So, that's three down. The last one I managed to spot is that the final figure in the party might be wearing N7 armour. Some people seem to think this is Shepard, but it could actually be our new protagonist, with the N7 initiative still existing in this post-Reaper world. As for the fifth, that's a lot harder to spot. Incredibly eagle-eyed members of the Mass Effect subreddit think they're seeing the outlines of dead bodies around the crater – which they think are salarian and quarian – so this could be our hint as to who the big bad of the game will be.

In any case, BioWare has us grasping at straws, which is probably exactly what it wanted. However, the studio did recently re-commit itself to providing single-player Mass Effect and Dragon Age experiences, so with any luck, 2022 will bring us some more definitive answers.