I’m a sucker for a final boss fight that isn’t really a boss fight. That's the kind you get at the end of Max Payne. Remedy's 2001 third-person shooter isn't really a boss fight kind of game. Though there are (very occasionally) moments that pit Max against an enemy with significantly higher health than the average stooge, you never find yourself in an arena, staring down a huge opponent with a massive health bar over their head. Instead, Max Payne finds ways to up the stakes while keeping consistency with the rest of its gameplay.

The last level, in which Max finally reaches Nicole Horne, is that kind of boss fight. After rampaging through a skyscraper full of goons, dodging helicopter fire, and spending substantial time in slo-mo, Max finally reaches the top of Aesir Headquarters, where Horne is attempting to escape. But not if Max has anything to say about it.

Instead of taking the route that many games would take — like having Horne unveil her secret fighting ability or whip out a syringe full of supersoldier serum — Max Payne turns this final battle into a set-piece puzzle. Once you reach the rooftop, a cutscene plays showing Horne evading Max's gunfire as she runs toward a helicopter that is struggling to land in the windy conditions. The camera then cuts to a god's eye view where we can see that there's a radio tower mounted on top of the skyscraper. It's swaying dangerously in the wind, but four cables are holding it in place. As the cutscene ends, one of those cables snaps. It's your job to shoot the remaining wires out and send the tower toppling over onto Horne. 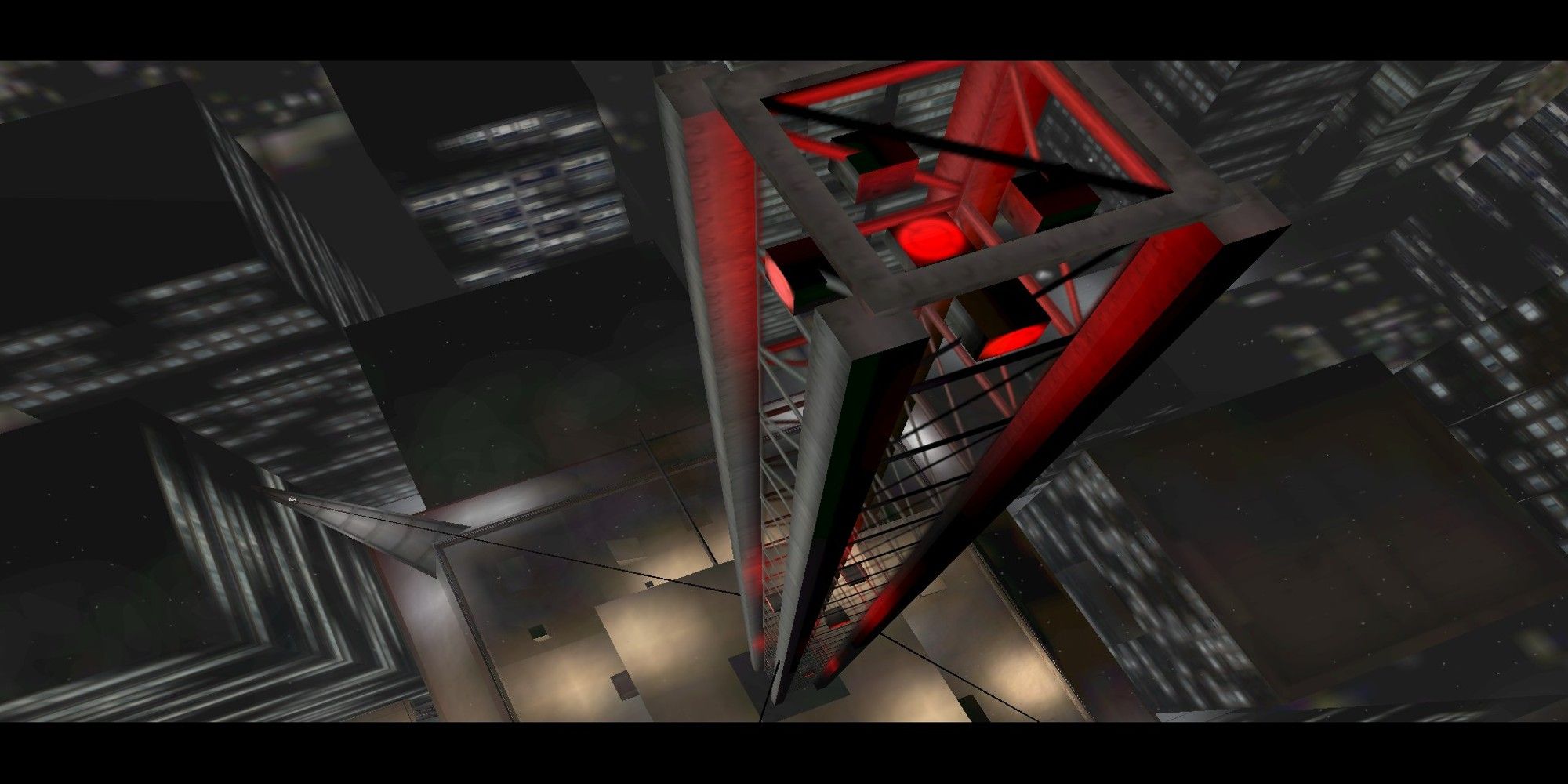 Once you shoot the first cable, Horne reaches the now-landed helicopter and goons rush out to attack Max. This battle is tense because these stooges hit hard and you likely don't have much health left at this point. Once you take these opponents down, you have a short window of time to shoot the remaining wire, then blast the tower to knock it over.

If you manage it, you get a slo-mo cutscene as the tower snaps free from its foundation, and the chopper's blades slow to a wup-wup-wup. As the tower begins to topple, the camera stays steady with it, as if it was mounted to the antenna. Then, the perspective switches to underneath the helicopter as it struggles to gain altitude. The metal beams come swinging down, cracking the whirlybird in two. With the action slowed way down, the camera rotates rapidly around the resulting fiery explosion.

The platform beneath the helicopter crumbles under the impact, sending mortar, concrete, and the bent metal chopper plummeting toward the ground below. In a long shot from directly beneath the wreck, we see the debris fall slowly toward us as the wind whistles. When it reaches our position, the camera swaps to a high angle showing us a glorious fireworks display as the chopper and debris land with a loud crash. Of course, the NYPD shows up right after that to take Max in, but he can be proud that he accomplished a full day's work with just a few bullets. 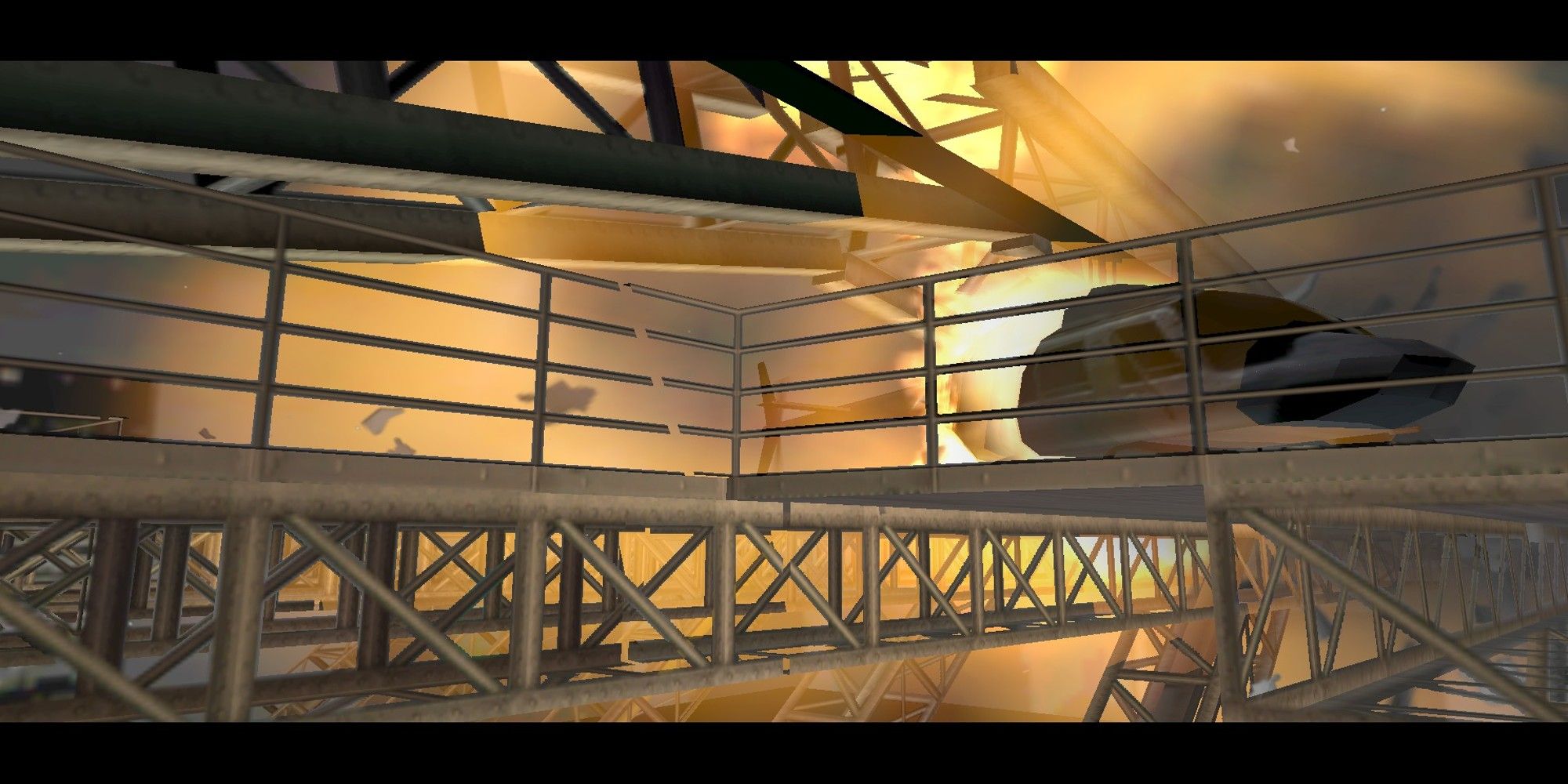 This cutscene highlights something important about video games and, really, any art form. Though Max Payne looks dated now, 21 years after its release, this blocky cinematic is still exhilarating. Remedy uses the camera expertly to showcase the impact of the wreck, giving us the best possible view to make the sequence feel exciting. Though Rockstar's upcoming Max Payne remake will undoubtedly bring the graphics into the 2020s, technology is no replacement for craft. Max Payne has that to spare.