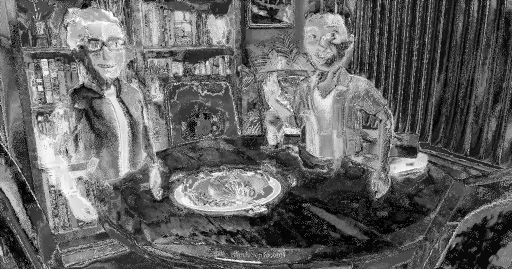 A demo video of Nazare showed some familiar AR experiences, like communicating with friends in virtual windows and even playing multiplayer with avatars appearing in the user’s living room. There was no actual picture of the hardware itself, but expect more information in the future.

Speaking about Project Nazare, Meta CEO Mark Zuckerberg described the glasses as the company’s “first full augmented reality glasses,” but also indicated that they are still a work-in-progress:

“There’s a lot of technical work to get this form factor and experience right. We have to fit hologram displays, projectors, batteries, radios, custom silicon chips, cameras, speakers, sensors to map the world around you and more into glasses that are about 5mm thick. So we still have a ways to go with Nazare, but we are making good progress.”

A Connect blog post says the Project Nazare glasses are “are still a few years out.”

To watch the full segment from today’s keynote, check out the video embedded above — if it doesn’t start in the right place automatically, skip to 1:07:40.

Last month Facebook also released a pair of glasses in partnership with Ray-Ban named Ray-Ban Stories. However, these are not real AR glasses, and don’t even feature simplistic overlays. The Ray-Ban Stories’ main feature is its built-in camera and microphone for point-of-view photo and video recording.

True AR is shaping up to be a competitive market – Microsoft and Magic Leap already have full but compromised AR devices like HoloLens, which are bulky and have limited field of view. We also know that other companies like Apple are working on AR devices as well.