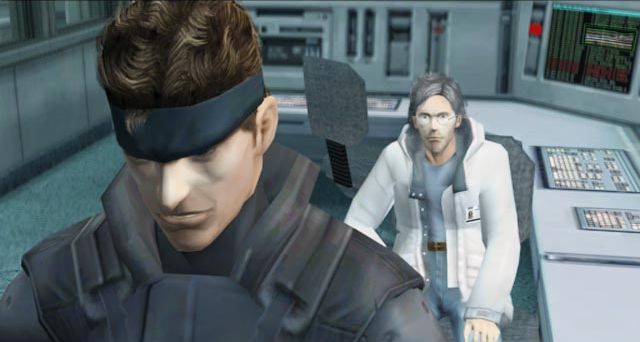 Despite the lack of updates, Oscar Isaac tells fans to stay excited for his upcoming Metal Gear Solid movie.

Video game movies have seen something of a renaissance the last few years. Admittedly, none of them are critically acclaimed, but the likes of Sonic The Hedgehog, Mortal Kombat, and Uncharted have proven popular enough with fans of the original games to turn a profit.

As such, the idea of a movie adaptation of Metal Gear Solid feels a bit more reasonable than it did a few years ago when the idea was first mooted. The concept art that director Jordan Vogt-Roberts shared in 2020 certainly painted a positive picture and would-be star Oscar Isaac still seems interested.

Despite Isaac being a diehard fan of the games there have been no meaningful updates on the project in two years. Fortunately, he still sounds eager to make sure it happens.

Talk of a Metal Gear Solid movie actually began all the way back in 2006. There have been only sparse updates over the years, to the point where it looked to be just one of many video game movie projects to never go anywhere.

It wasn’t until 2020 when the project started to gain some real momentum. While it’s clearly being kept tightly under wraps, Isaac wants to assure fans that work is being done and they should be excited for it.

‘We want it to happen,’ he told ComicBook when asked for an update on the movie.

‘Be excited. What’s the script? What’s the story? What’s the take? … But hopeful that comes to fruition because there’s so much potential for that. It’s an incredible game. It’s my favourite.’

A year before his casting was announced, Isaac even publicly expressed his interest in starring in it. So, having someone as passionate about the source material and project on board can be considered a good sign.

Metal Gear fans are starved for new content at the moment, given Konami hasn’t done anything with the series since 2018’s Metal Gear Survive, the first and, so far, only Metal Gear game to be made without creator Hideo Kojima’s involvement.

It was a flop both critically and commercially, seemingly cementing that the series can’t continue without Kojima at the helm.

While a brand new entry seems very unlikely, there have been frequent rumours of Konami remastering or remaking older entries and they have claimed they have other games in development beyond just the new Silent Hill titles.