A new hell brings a new boss for you to destroy while listening to some of the best metal music you can find in a video game. On this opportunity, Gehenna presents its own Red Judge Aspect in Metal: Hellsinger.

This boss fight changes the equation a bit by heavily restricting your movement and space in certain moments. It turns out that the fifth aspect can use some gravity gimmick and make you use the center of the stage. Is this especially complicated? Keep reading this article and we’ll tell you what to expect from this boss battle. 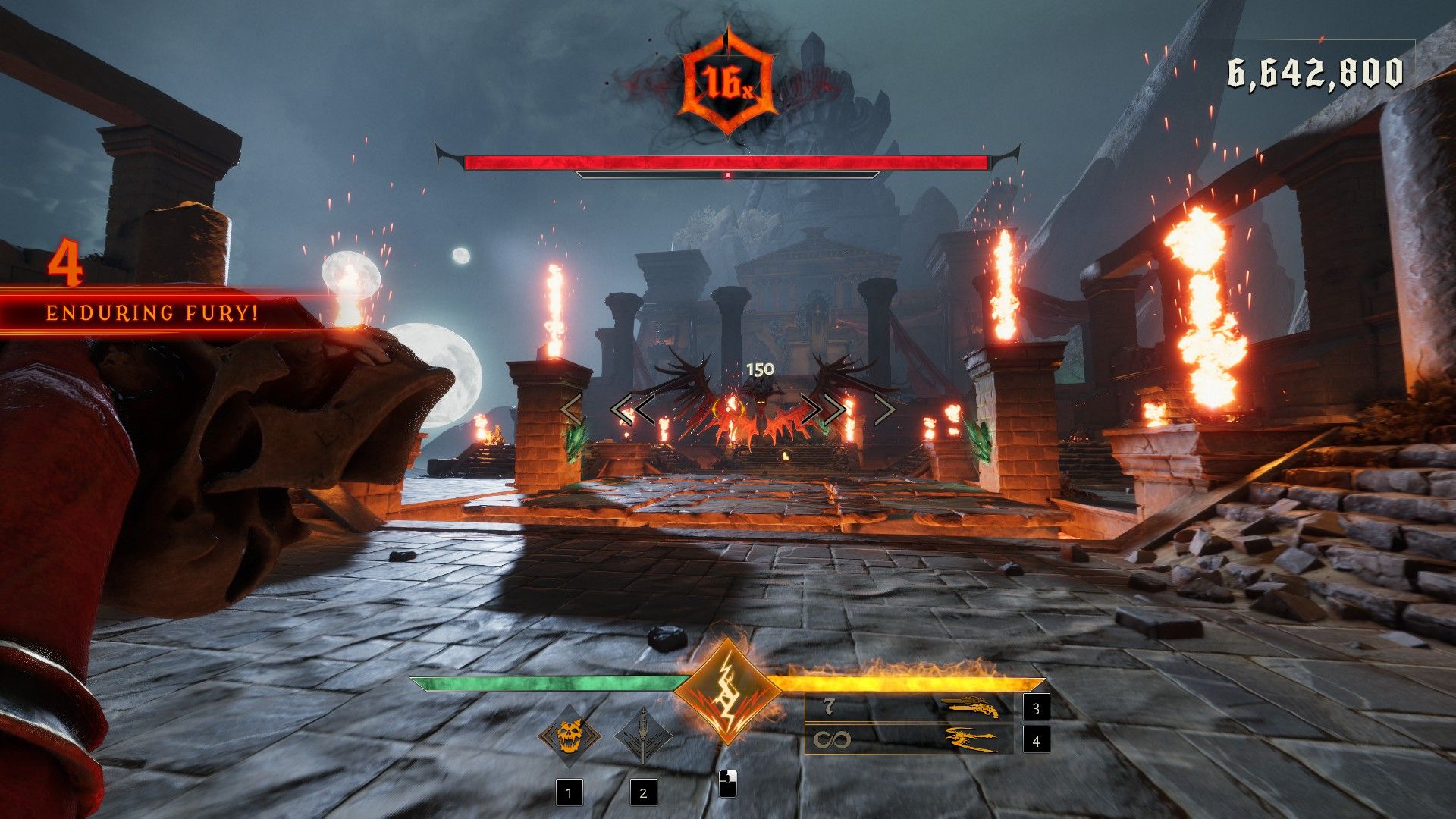 This arena in Gehenna looks similar to others you’ve already visited, but it has a key change: the center has a series of nine squares that create one big platform. From time to time, the boss will drag you to this platform, and you won’t be able to move away from here until you’ve made some damage.

The interesting part about this feature is that some squares will disappear from time to time, leaving a nice spot full of unhealthy lava for you to fall in. The number of squares you can use will change, so you’ll always need to pay attention to where you can stand. 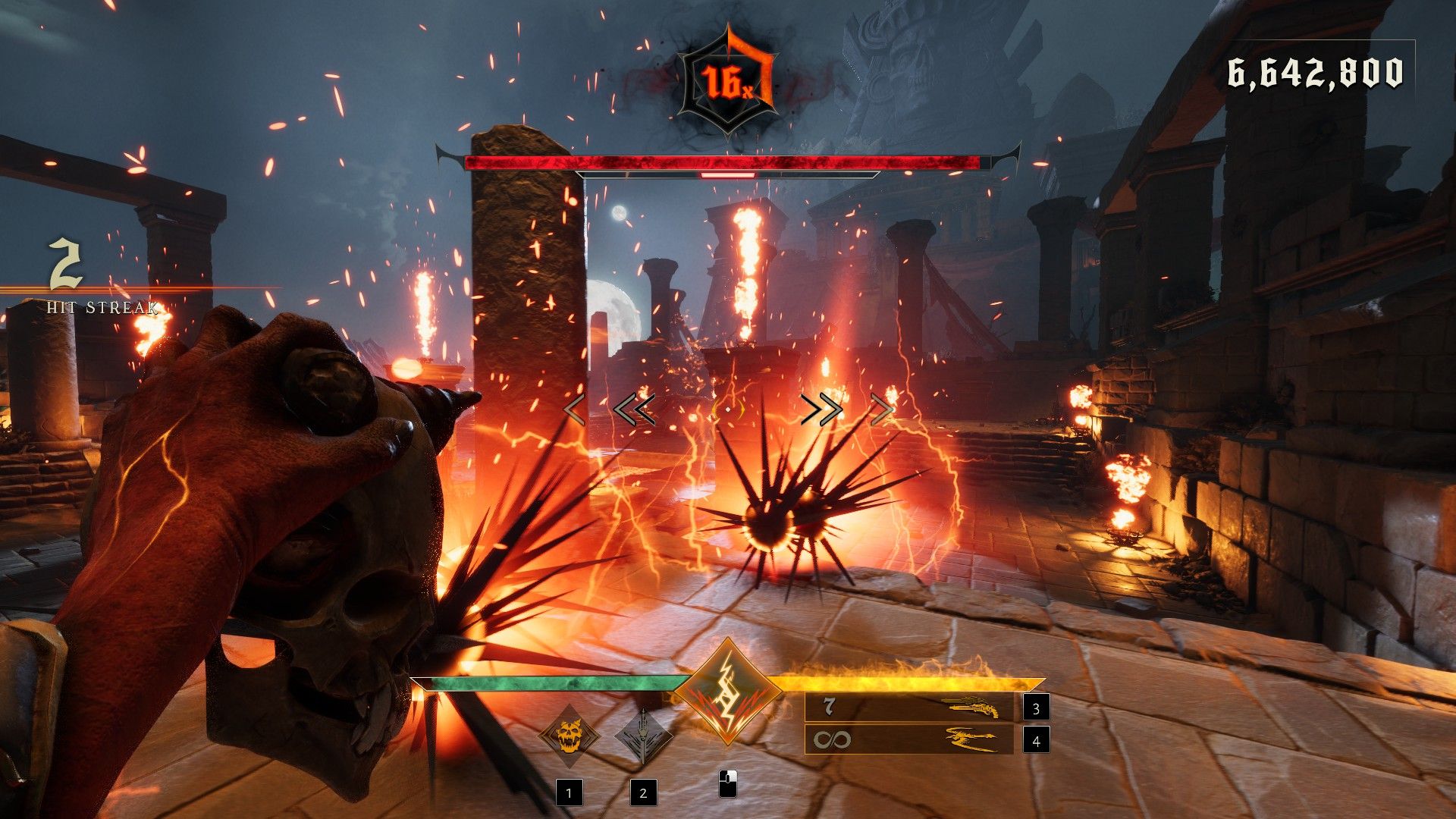 Gehenna’s aspect seems to like throwing projectiles, because it will try to kill you with plenty of variations: triangles of fireballs, three lines of projectiles from one side, then three from the other, some balls at two different attitudes, and the return of the “mine projectile” — the one that sticks to the ground and explodes after a few seconds.

The boss even raises the bet with the special attack that it does before being stunned. This basically consists of a series of burning balls that will reach the sky in a straight line before falling where you’re standing in a pretty fast and extreme manner. 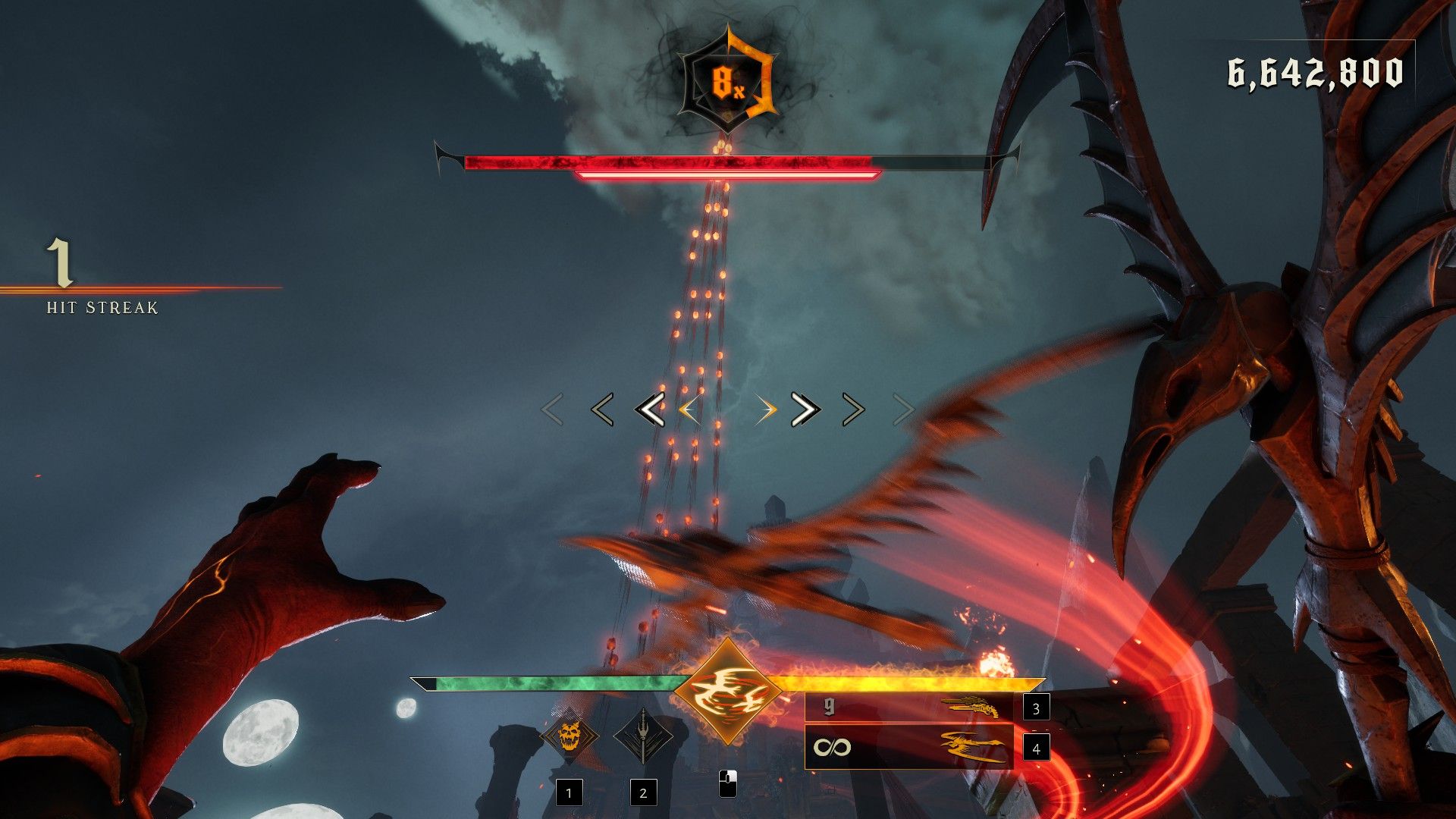 As usual, you’ll have to deal with some extra enemies while fighting the aspect. The first wave of minions will have Marionettes, one Behemoth, and one Hierophant, while the next one will introduce one Seraph, a shielded Cambion, and other creatures.

A Seraph is the angel-like enemy that you faced at the beginning of this hell. It basically has only two moves: a beam from its mouth and an explosion. However, these attacks, especially the latter one, come out quickly, and they don’t leave you much time to react.

How To Defeat The Boss In Gehenna 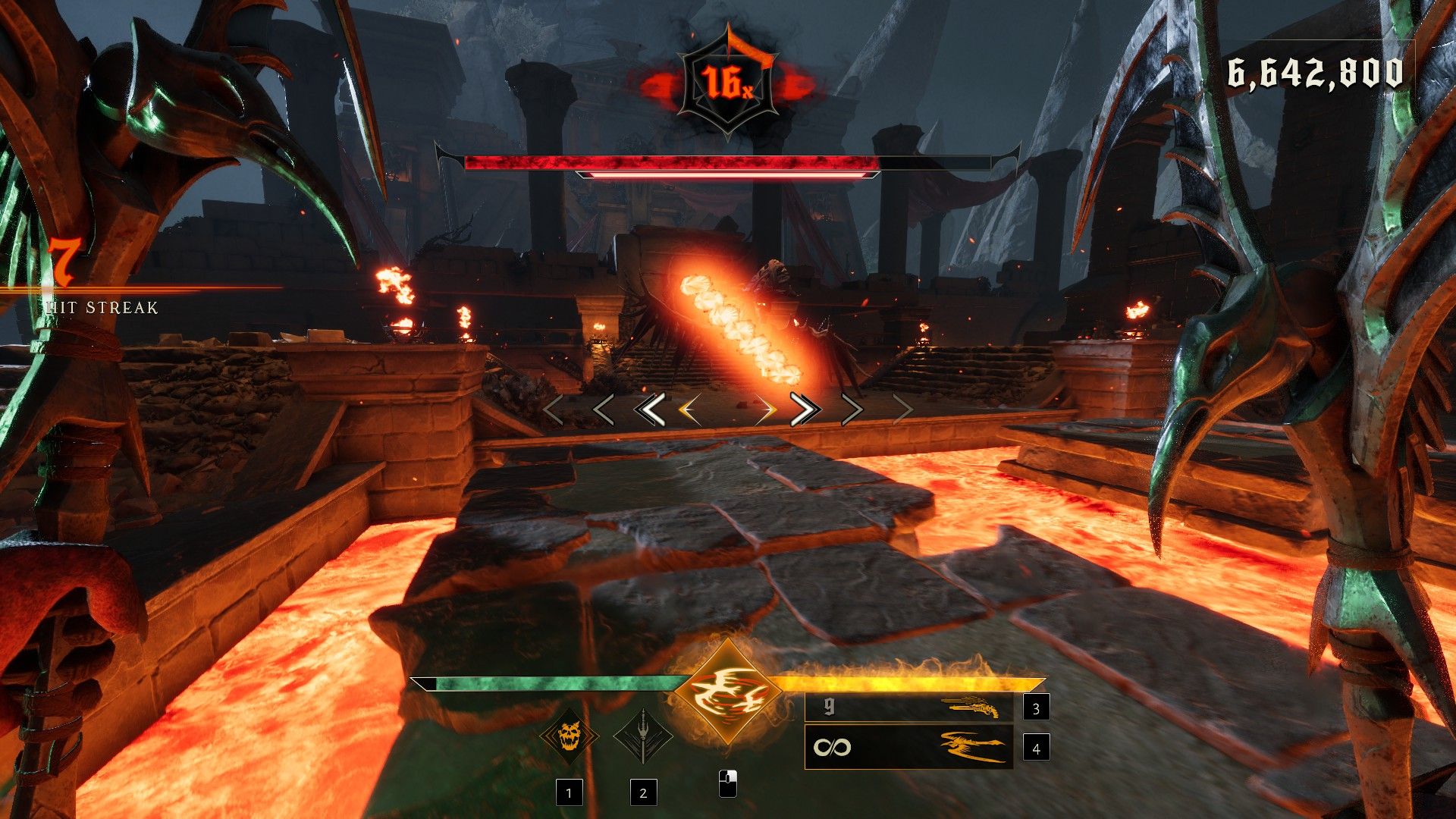 For this fight, the best weapon choices are The Hounds and Hellcrow. The former will let you perform long-distance shots when necessary (which will be needed quite often here), and the second one will let you get rid of the most troublesome regular enemies, like the shielded Cambion and the Hierophant.

While the battle takes place at the center of the stage, you need to calculate your dashes and jumps in this reduced area. The boss will be throwing its projectiles while also changing where it’s standing. Think of it as a square: there are four faces that you might need to aim at when the aspect moves. 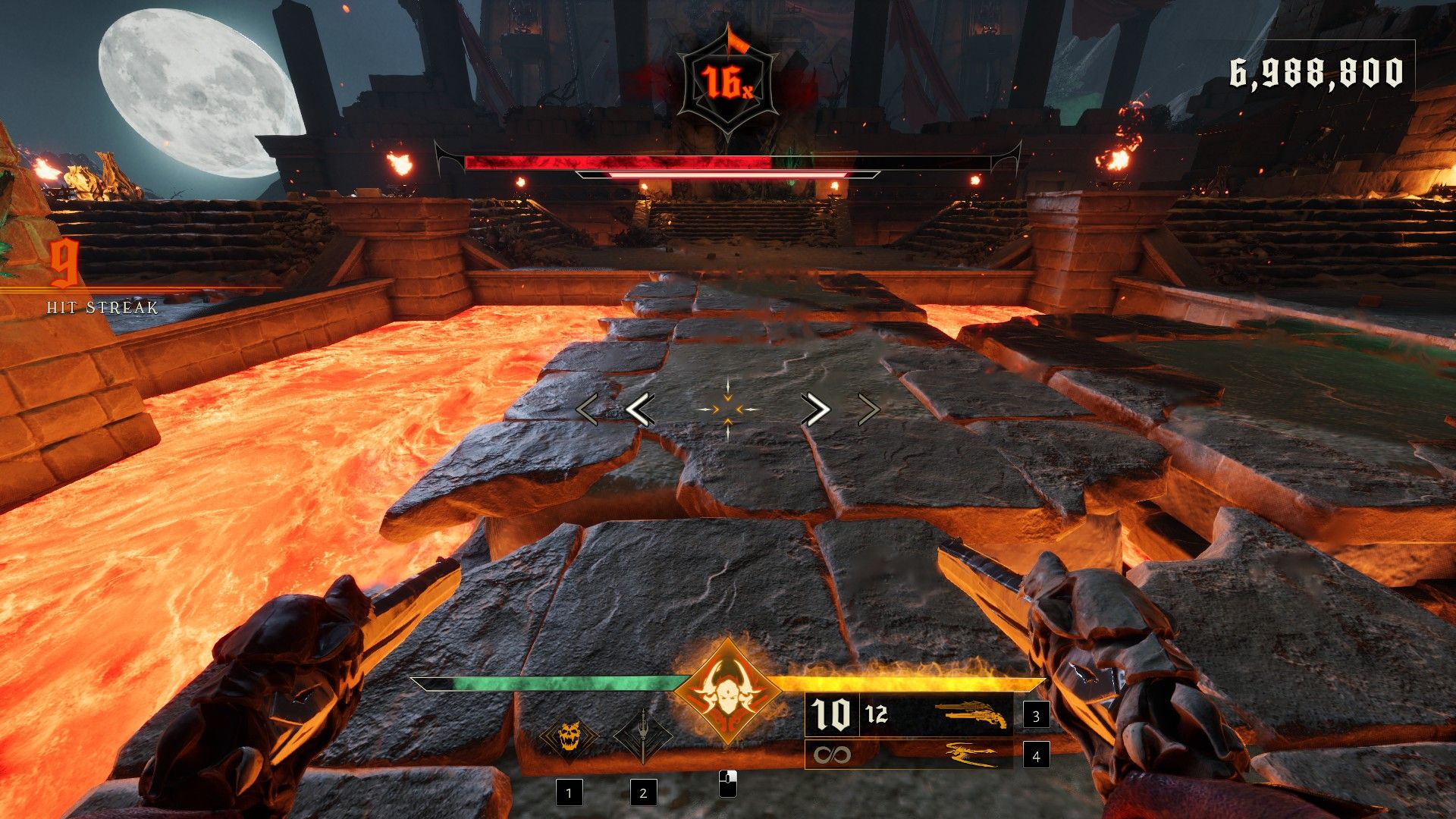 After dealing enough damage and being able to stun the boss, beware of its special attack. To avoid it completely, you should stop looking at the enemy itself and just check that you don’t have any obstacles blocking your way. You’ll need to dash as many times as possible without stopping or looking back. This way, no projectile will touch you.

A final tip for this Red Judge Aspect is to beware when the floor starts moving at the center. The floor is literally lava, so you have to avoid it and use the rest of the platforms so your Fury gauge and your health bar aren’t affected. 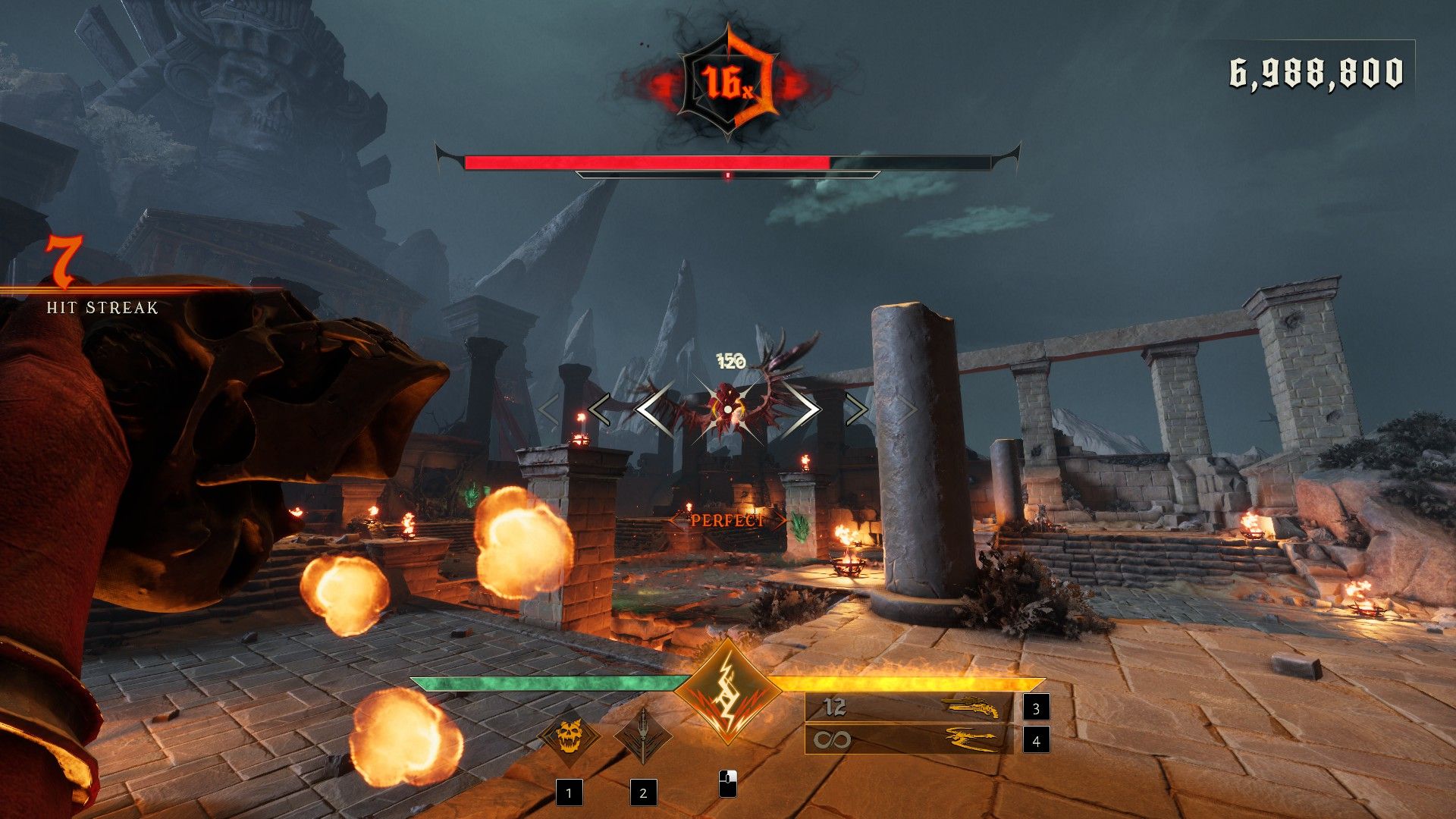 Defeating this boss will only reward you access to the next level, Nihil, and the usual three Torments. The challenges here will be Death’s Edge: II, Killing With Rythym: II, and Weapon Trickery: III.