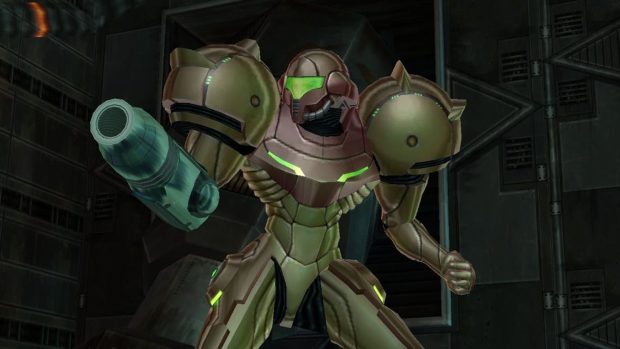 Or at least that’s what the rumours claim. Nintendo has never confirmed it exists and even if it does could easily just cancel it or leave it to be released just prior to Metroid Prime 4, which is still not expected for at least a year or two.

There is a new Nintendo Direct livestream tonight though, and reliable Nintendo insider Emily Rogers has suggested that instead of the whole trilogy Nintendo is actually planning to release only the first game.

The first Metroid Prime was easily the best of the three, which would’ve been reason enough to release it on its own, excpet there was already a trilogy collection for the Wii in 2009 – which it’s been assumed Nintendo is using as the basis for the new remaster.

Whether that’s true or not is unknown but rumours have certainly suggested that the remaster collection for the Switch has been finished for some time and is just waiting for the right moment.

Whether any of this will be cleared up at the Nintendo Direct tonight remains to be seen but certainly Metroid Dread is all but guaranteed to be mentioned, as it’s out in just a few weeks.

It was also the 35th anniversary of the franchise in August, and Rogers suggests that Nintendo are keen to acknowledge that.

Something else that’s likely to turn up tonight, even though it’s a multiformat release, is the much rumoured Castlevania Advance Collection.

This is believed to include Game Boy Advance games Circle Of The Moon, Harmony Of Dissonance, and Aria Of Sorrow, with a listing by the Taiwanese age rating board suggesting that SNES game Dracula X, a revamped version of PC Engine title Rondo Of Blood, will also be included as a bonus.

The listing suggests that the collection will be released for Xbox One, PlayStation 4, Nintendo Switch, and PC but Nintendo Directs are often used to announce multiformat releases, so its inclusion tonight is still likely.

The only problem is the Nintendo Direct doesn’t start till 11pm, so it may be almost midnight till you find out for sure.