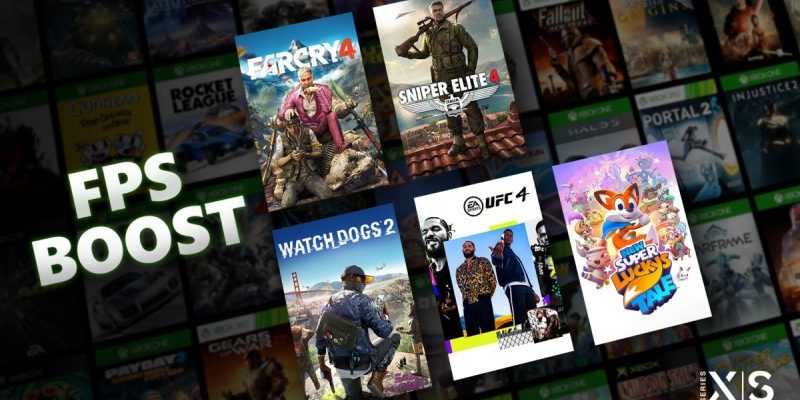 Backwards compatibility is a feature that Xbox fans enjoyed with the previous generation and that play on nostalgia carried beautifully into the current-gen with the Xbox Series X/S. To make this perk even better (beyond never having to leave old favorites behind), Microsoft has revealed a new feature with FPS Boost.

Xbox senior program manager Paul Eng took to the Xbox Wire blog to talk about recent improvements made to the team’s backwards compatibility program. When designing the Xbox Series X and S, backwards compatibility played a key role, including virtually all titles benefiting from faster load times and the Quick Resume feature when playing on the latest console. Now a new update aims to make this aspect of the Xbox experience even better with the reveal of the FPS Boost, which aims to add a variety of new methods of doubling (even quadrupling, according to the blog post) the original framerates of earlier titles.

This feature is not yet available for all titles but it has begun its implementation of improvements with the following games:

Lucky’s Tale will see an FPS bump up to 120 FPS, with more games being added at a later time to reach (and exceed) 60 FPS. Another feature that FPS Boost adds are new indicators that will alert Xbox players as to whether or not they have Auto HDR or the new FPS Boost activated.

New announcements regarding FPS Boost will be dropping over the coming months, including the new titles impacted. A new rollout of menu icons and settings will also continue to be delivered, including compatibility options that will allow players to toggle the Auto HDR on and off and the FPS Boost features noted above.

What do you think about the evolution of Xbox’s Backwards Compatibility program, especially when looking at how it has inspired Sony to do the same with the PlayStation 5? Sound off with your thoughts in the comment section below!