After four years, are we finally going to see the Minecraft in augmented reality that Microsoft originally promised?

Microsoft CEO Satya Nadella ended his Microsoft Build keynote address on Monday with a “one more thing” reveal: what looked very much like an augmented reality version of Minecraft, powered by a phone. A teaser promises more details on the Minecraft website on May 17, the game’s 10th anniversary, as you can see in the image above.

What makes this tease potentially so special is that we’ve seen a form of it in 2016, at the reveal of the original HoloLens device. There, Microsoft invited reporters inside to test out tethered prototype HoloLens hardware, in a series of demos that included walking on the surface of Mars as well as an augmented reality version of Minecraft. Unfortunately, Microsoft didn’t allow reporters to snap images of what they saw using the HoloLens augmented reality camera. 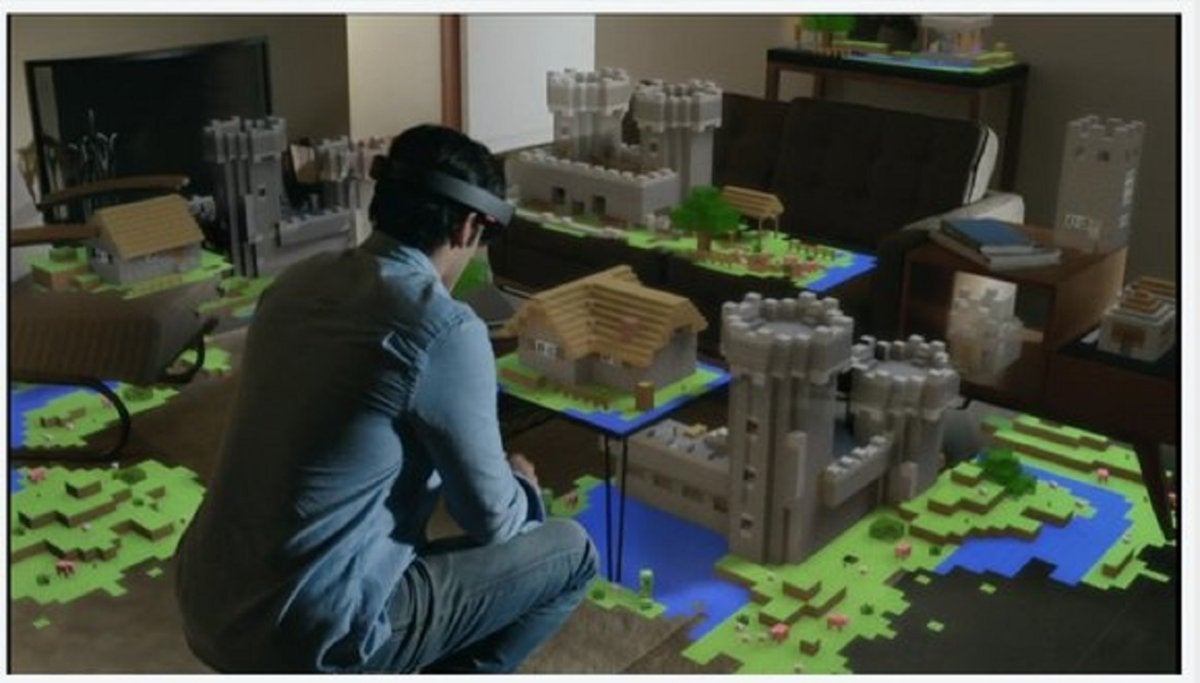 A concept image of what is like to play the original Minecraft using the Microsoft HoloLens.

What I can tell you, though, is that the experience was downright magical. Microsoft simply took an ordinary living room and layered Minecraft on top of it. As you might expect, you were able to walk around  the scene, looking down on virtual Minecraft creations. (Subsequent virtual-reality Minecraft experiences put you inside the scene with VR hardware, playing as the character—immersive, but also a bit nausea-inducing.)

But it went beyond that. Yes, you were looking down at the HoloLens-enhanced world, but Microsoft’s implementation allowed you to look inside objects as well. It was truly remarkable. Imagine a bench doubling as the surface of a Minecraft world, then being able to dig down inside of it to reveal the lava-filled underworld of the game.

If the HoloLens demo is any indication, an augmented reality version of Minecraft could essentially be a third-person experience. It’s fair to say that we don’t know how the demo would play as a game; the magic was merely in the interface. Still, we’ve already seen games like Angry Birds translated into AR, so it appears that it’s Minecraft’s turn.

We have absolutely no idea if Microsoft’s AR Minecraft experience for phones has any resemblance to what the company showed several years ago, in what was obviously a concept demo for HoloLens. But what the teaser video shows is a Minecraft pig wallowing on a mud puddle on a Seattle sidewalk. Everyone knows that in Minecraft, there’s far, far more than just the surface world. Fingers crossed that we can finally get the Minecraft experience just a lucky few of us have been able to see.