Beacons are a powerful endgame item in Minecraft. They have the benefit of not only acting as location markers which can be spotted from extremely far away, but they also provide a powerful status effect in a specific area. Due to this, beacons are one of the most popular rare blocks in the game, despite how time consuming it is to get one.

However, the game doesn’t actually explain how beacons are best used and activated. Even after a beacon block has been crafted, creating a foundation for them is quite resource-heavy and expensive. That’s why it’s even more important to know how beacons work, where they should ideally be placed and what shape and size the foundation for a maximum power beacon should be. 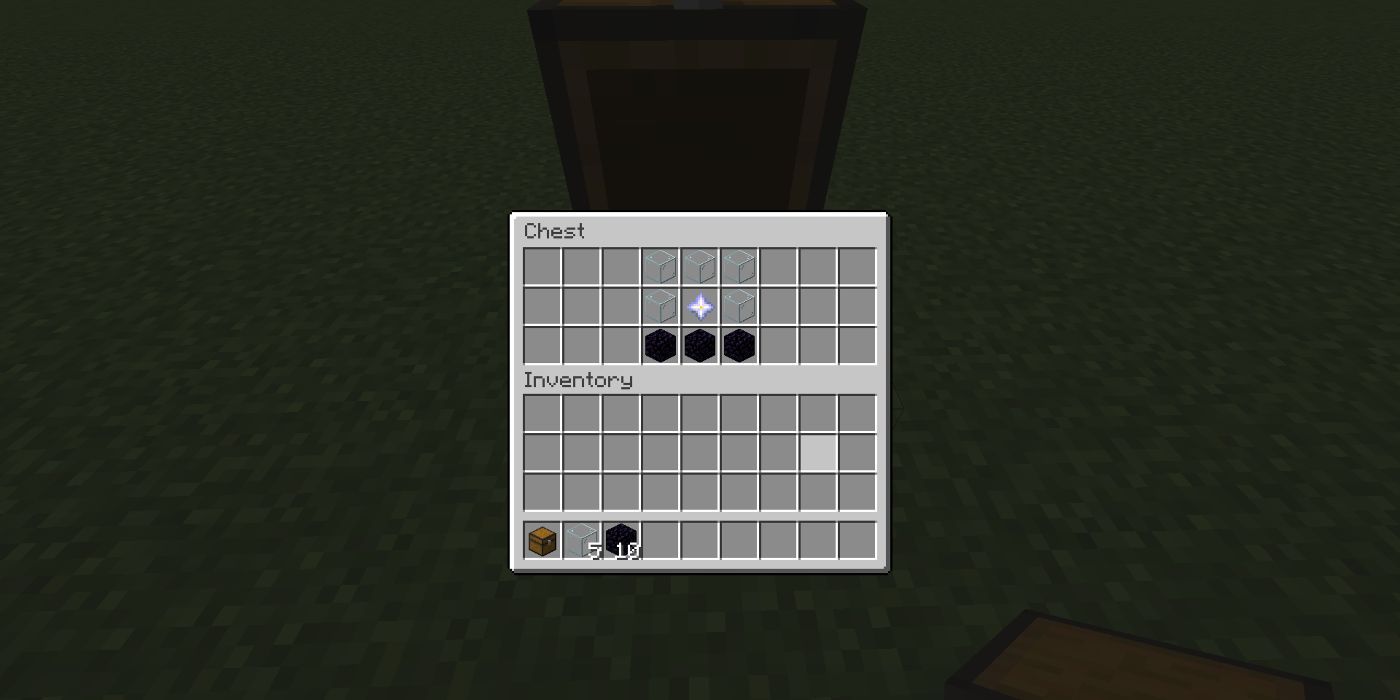 The first step is to actually craft the beacon block itself. The player can craft as many as they like in their survival world, so long as they have the materials for it. Here’s what you’ll need exactly for a single beacon block: 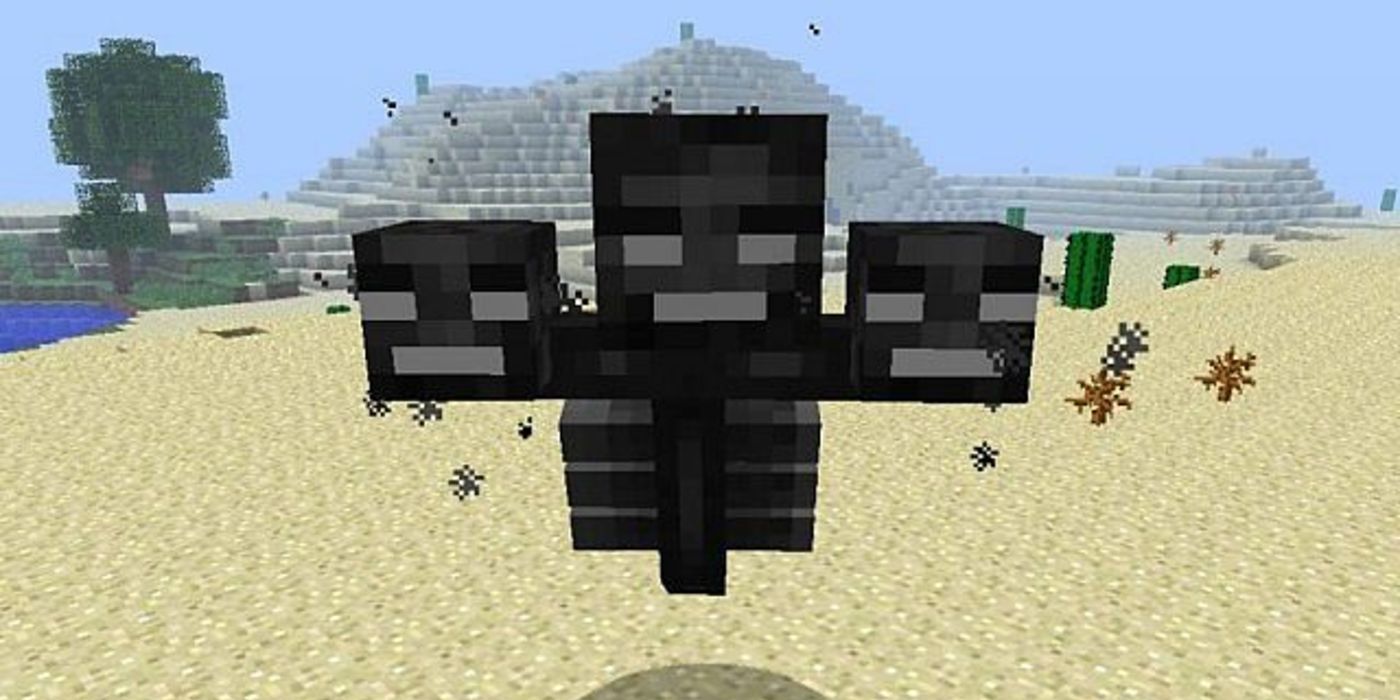 Glass can be easily acquired by smelting sand in a furnace. Obsidian is mined with a diamond pickaxe from a still lava surface that has come into contact with water. Both of these are fairly easy to get, but the Nether star is a different story.

In order to get the Nether star, you must defeat the Wither, which is a boss mob in the game. Summoning him requires you to first have three Wither Skeleton heads, which are a random and rare drop from Wither Skeletons, most commonly found in Nether fortresses. Using a Looting III sword makes the drop chance slightly higher. 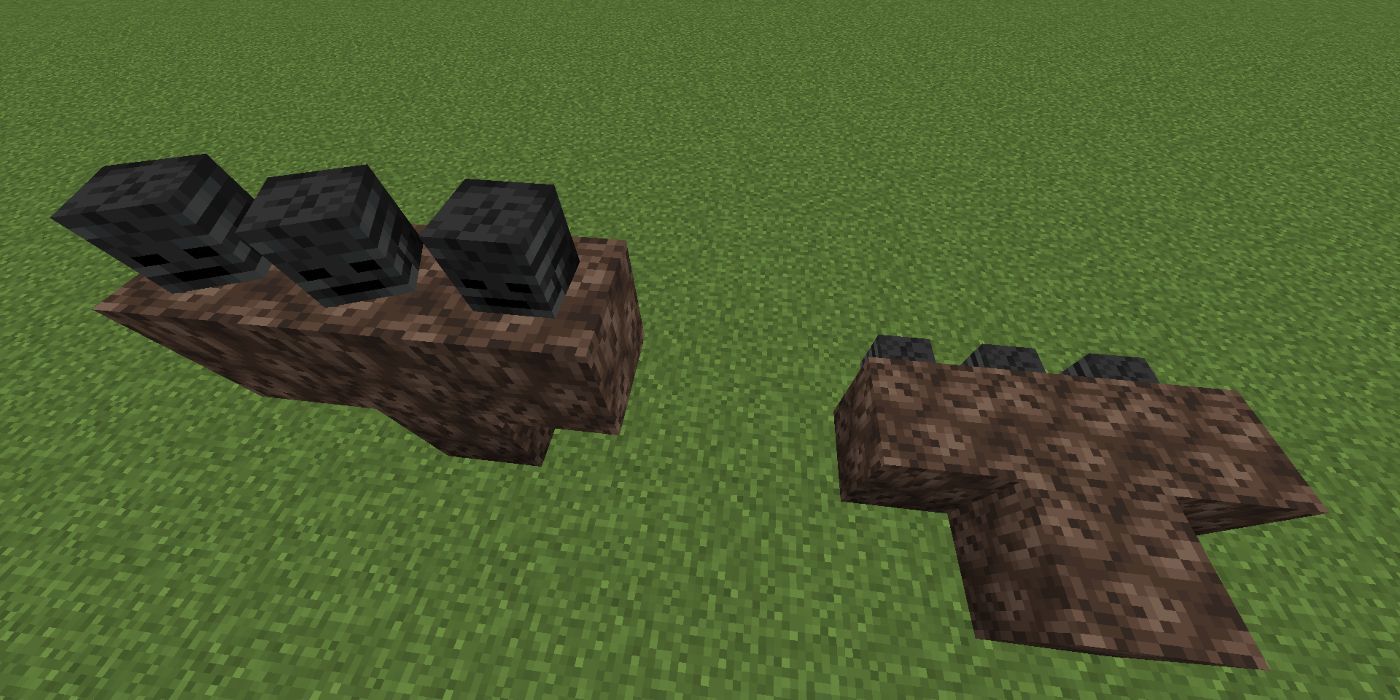 After you have three Wither Skeleton heads, gather four pieces of soul sand, typically found in the Soul Sand Valley biome in the Nether. Place the soul sand in a T-shape, either on the ground or upright, and put down the skeleton heads on the horizontal, top part of the T-shape to summon the Wither.

Fighting the Wither is not an easy task, and will require quite a bit of preparation. The bottom line is, you shouldn’t summon him just anywhere and certainly not near your house or any other structure you’re particularly fond of. After defeating him, he will drop a Nether star. 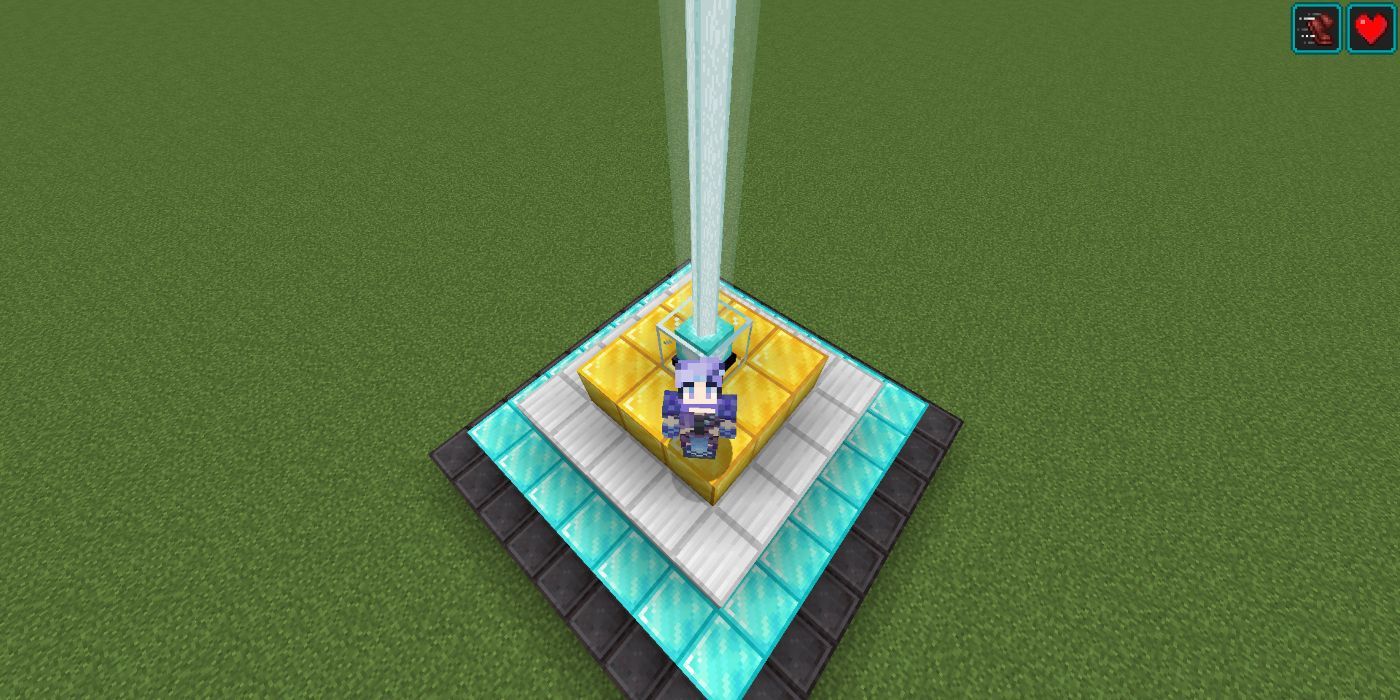 The beacon block itself isn’t enough to function on its own. In order to work, the beacon must be placed on top of a pyramid-shaped foundation or base, made entirely of full blocks of ores. The beacon block must also have access to the sky, no matter how deep it is placed.

To reach the maximum power of the beacon, the player should ideally have four levels built, with the beacon placed on top, in the center block of a 3×3 area, which is the top layer of the beacon base. 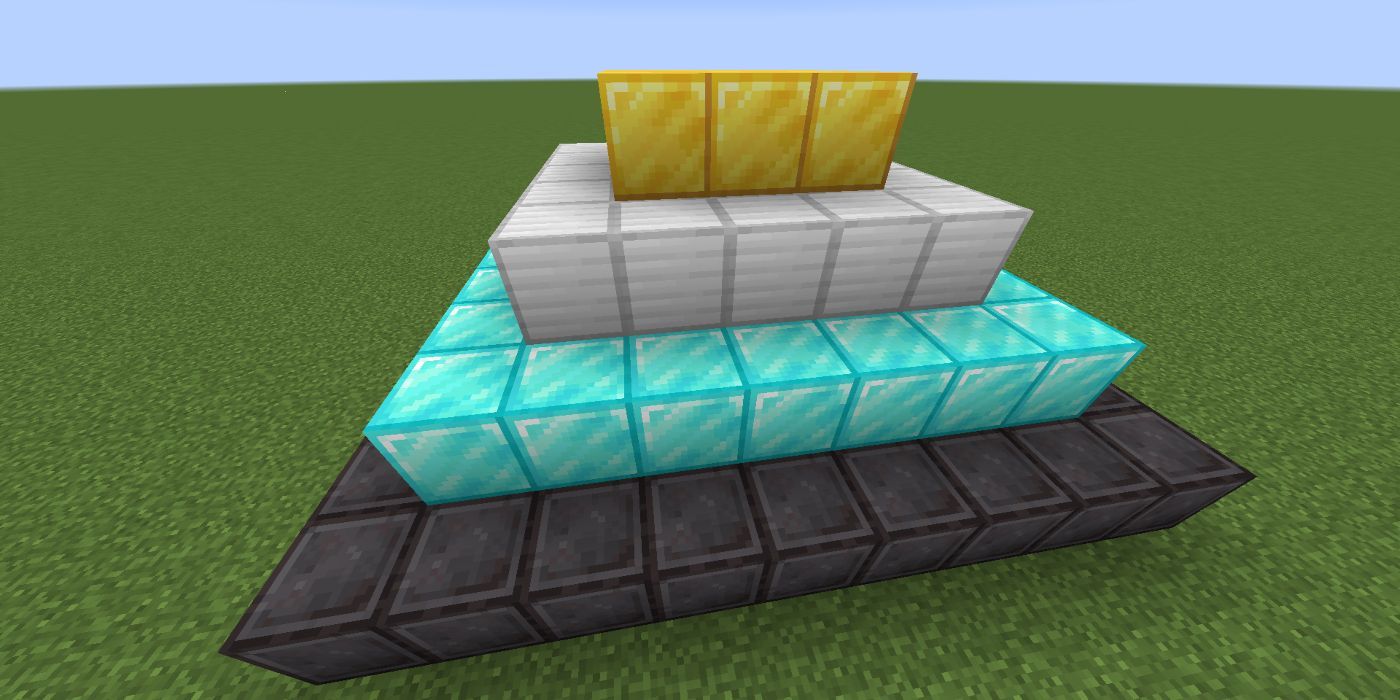 Any ore will function just fine for the base, with the exception of redstone and quartz. Diamonds, gold, iron and emeralds, when turned into full blocks, are all valid options and can be mixed as well. However, given how useful diamonds, gold and emeralds are in trading and crafting gear, it’s advised to simply use iron blocks, which are the cheapest investment.

Since the 1.16 update, Netherite blocks also work as base blocks for the pyramid, although this would be a horrible waste of a rare resource. Iron remains the best option in all cases, and the choice of blocks has no effect on the actual strength of the beacon. 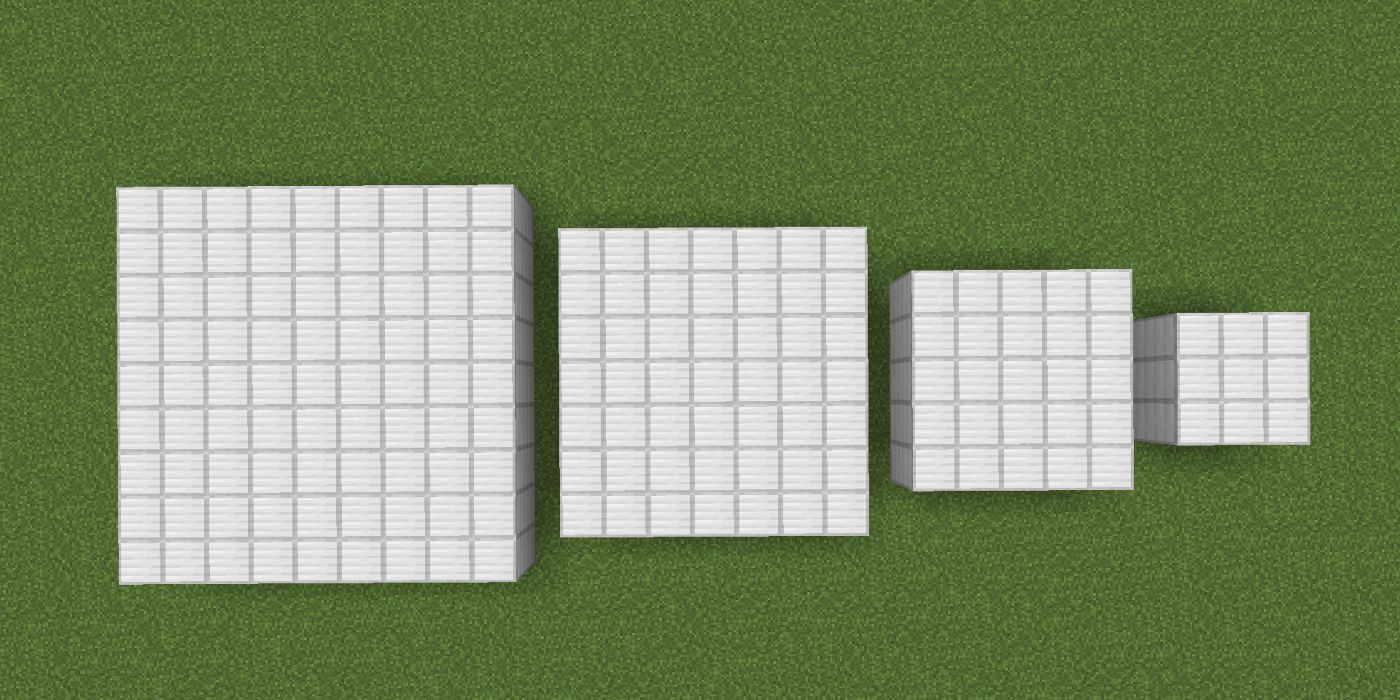 For a full pyramid with four layers, here’s how big every layer should be, what powers are available and what the block range for each variant is. 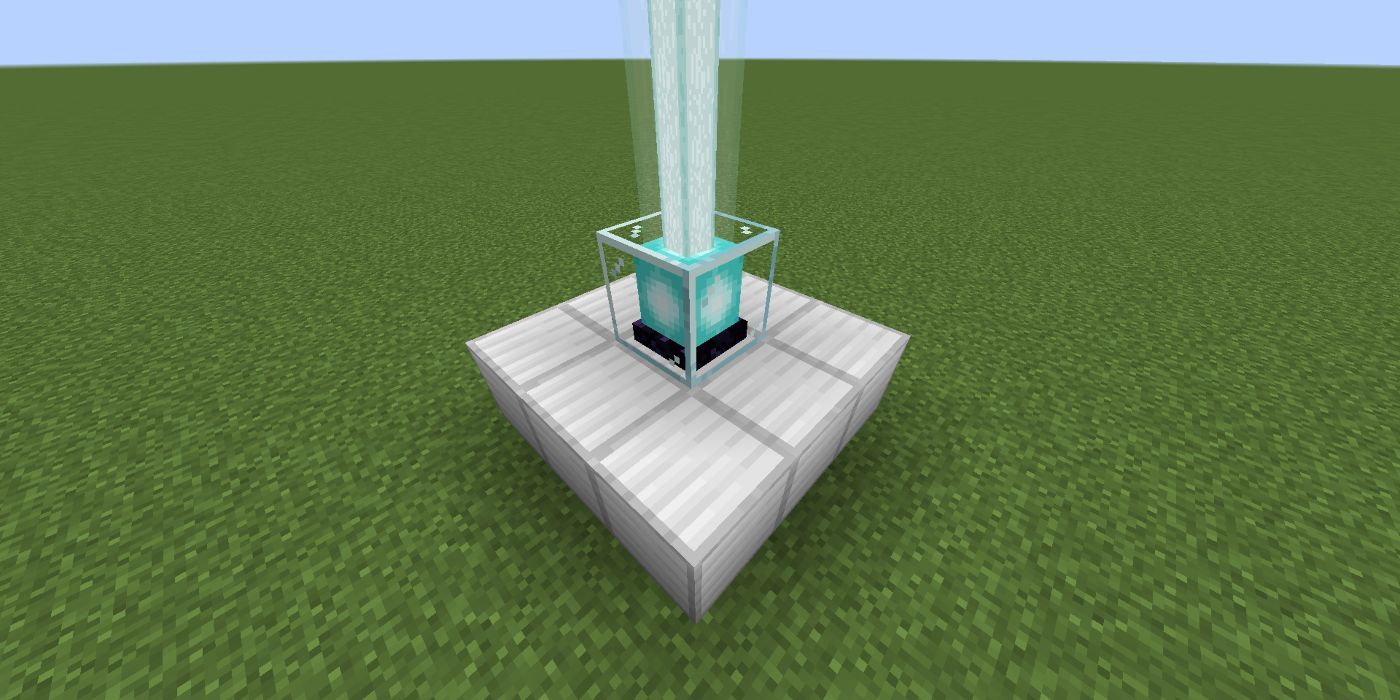 Remember, the beacon block is placed on top of the 1st layer, above the center block of the 3×3 area. You should now have a fully functioning beacon. While a beacon will also function with just a 3×3 layer, in order to get a secondary status effect, it’s recommended to invest in and build a quadruple layered pyramid for maximum benefits. 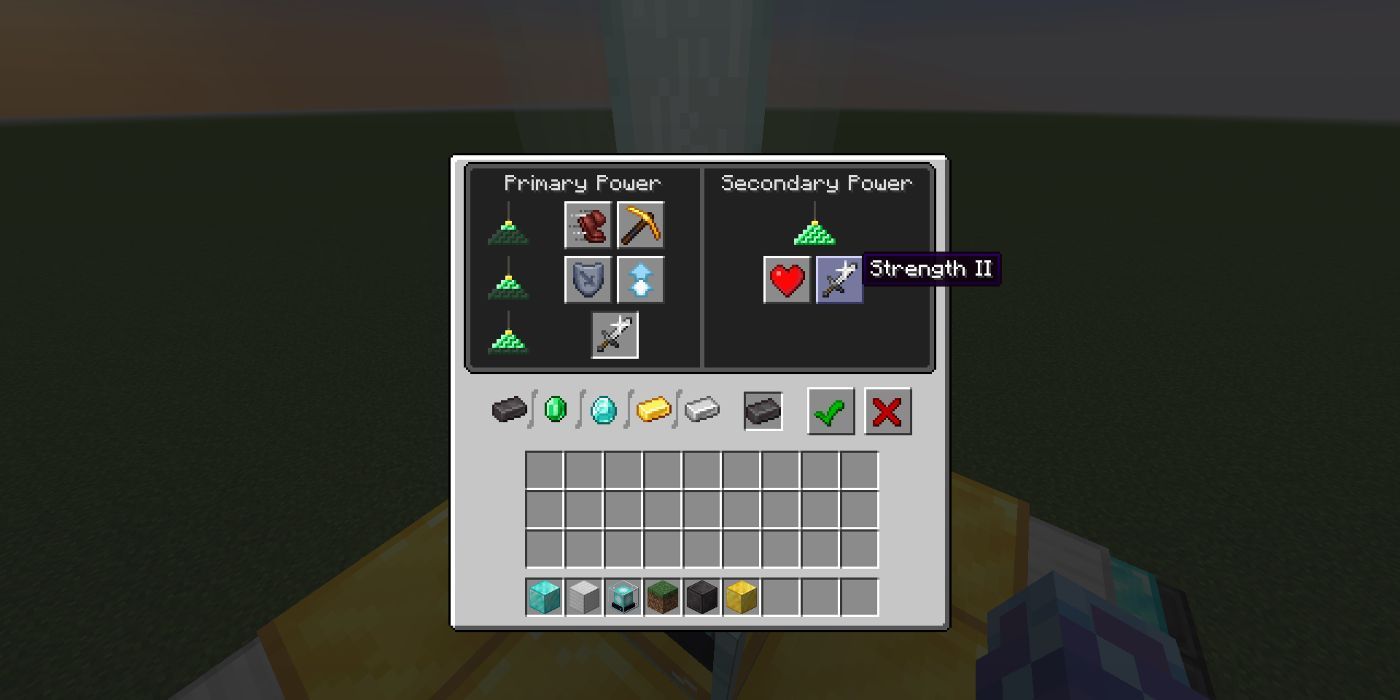 Beacons that have three layers or less will only come with primary status effects, meaning they only introduce one specific power while the player is in their range. If you’ve built a fourth layer, you’ll get to also pick a secondary status effect, making the beacon even more powerful.

To set the beacons powers, right click on it to bring up the interface. In order to start using it, it must be given either one Netherite ingot, an emerald, diamond, gold ingot or iron ingot. This also needs to be done everytime the status effects are altered. 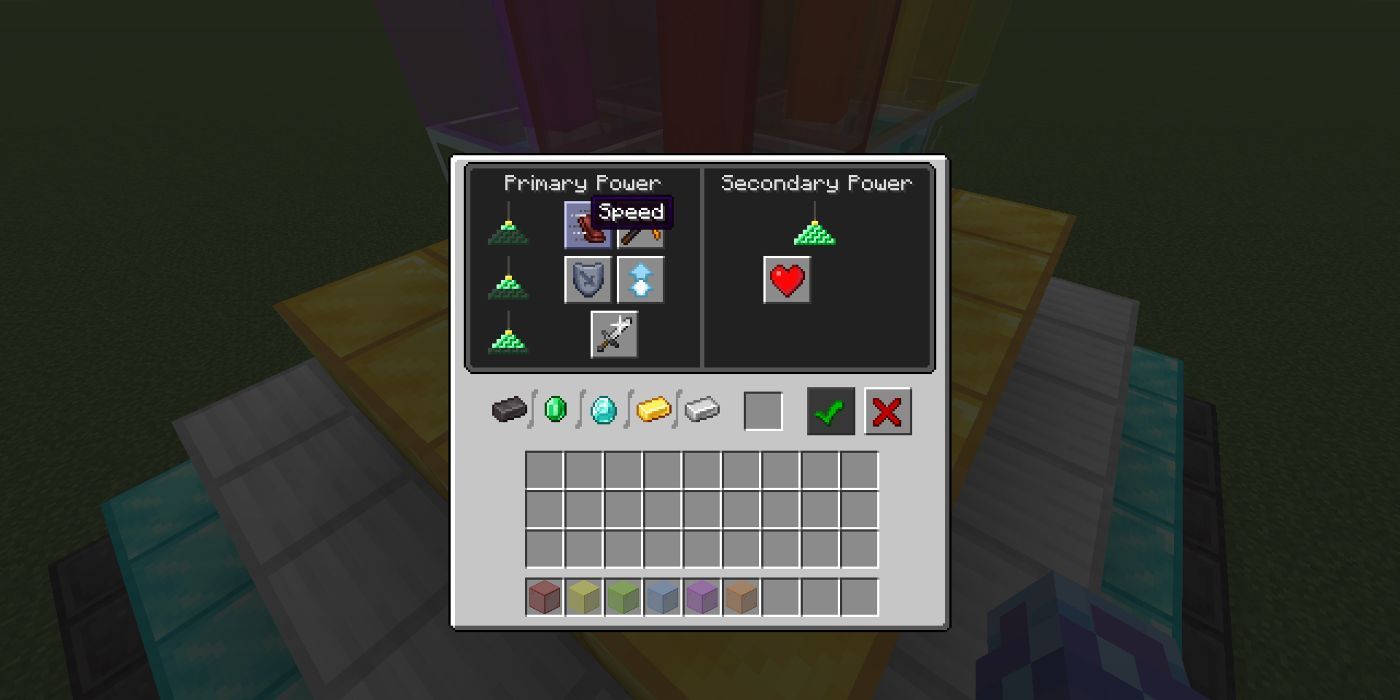 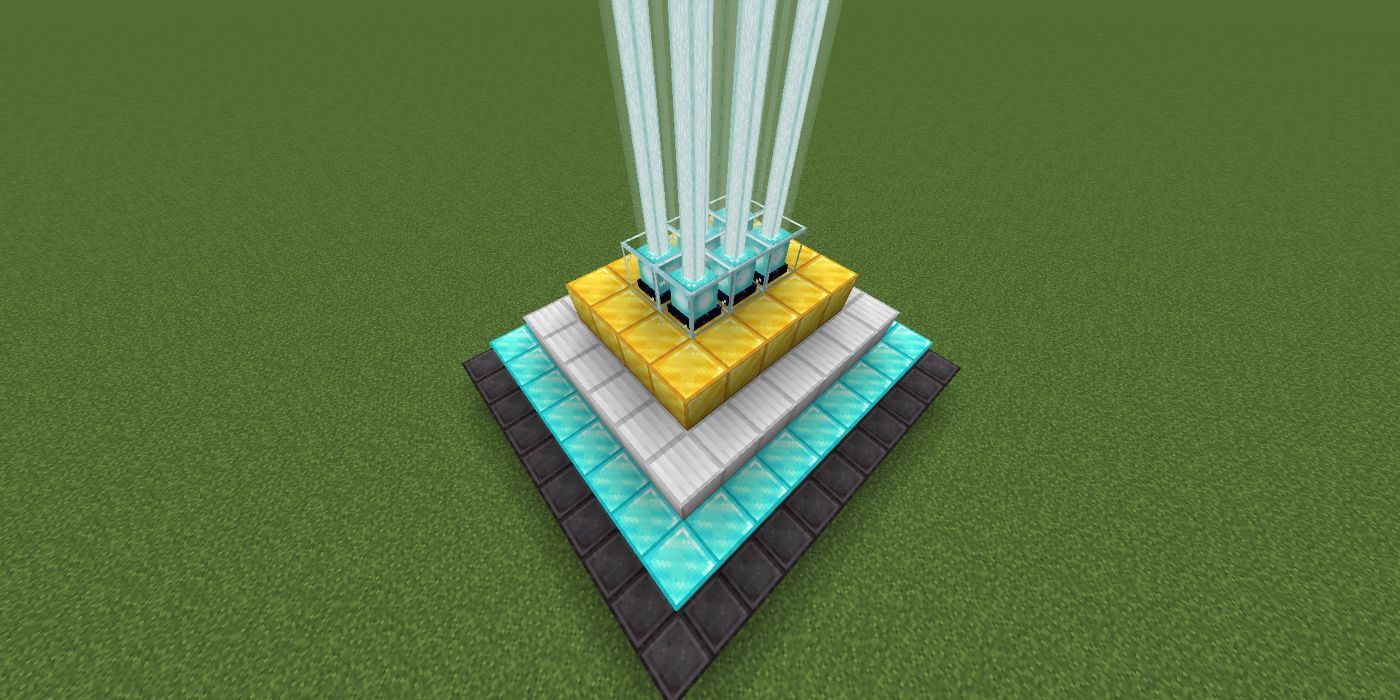 Beacons also come in variants. If you’d like to build multiple beacons for instance, it’s possible to place them all on top of the same foundation with some minor shape and size adjustments. In the case of the classic six-beacon construction, the size for each layer would be altered in the following way: 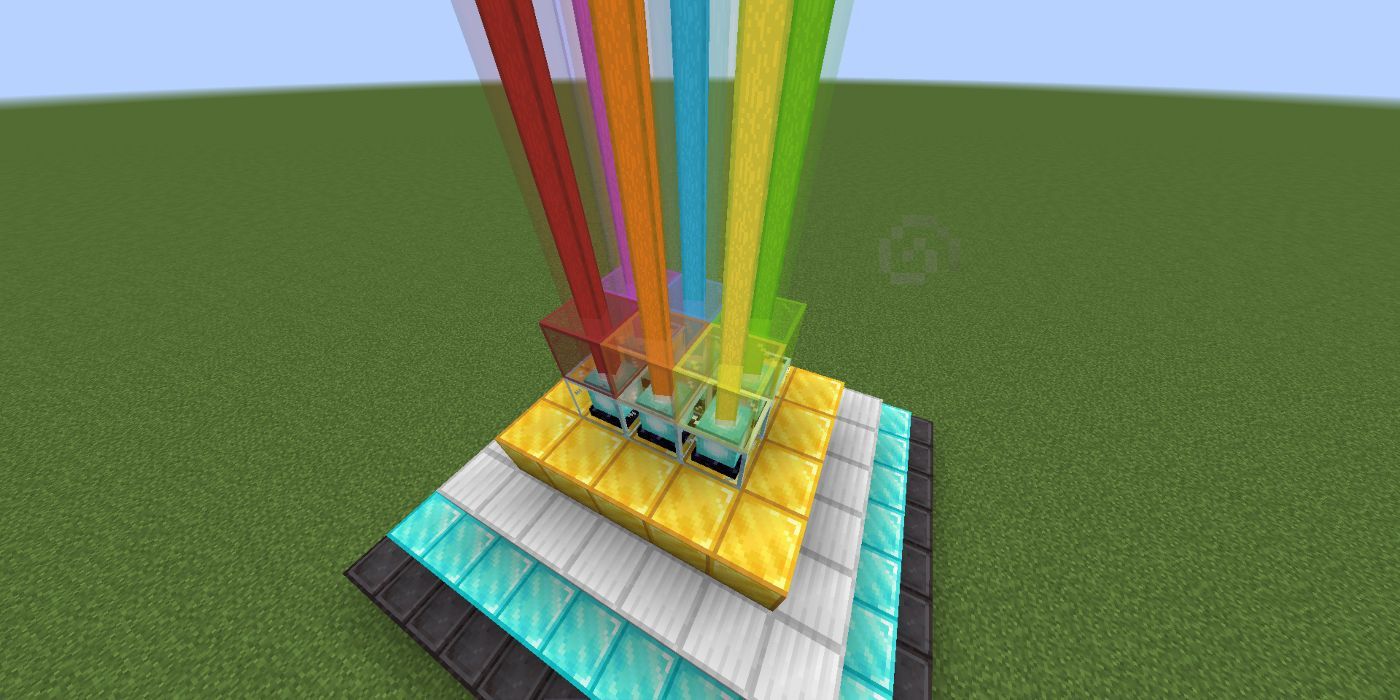 This allows players to have multiple powers selected at any time, while also using as few blocks as possible to build the foundation. Moreover, the beacon ray can also be colored by placing a dyed glass block on top of the beacon block, which adds a nice element of customization.

NEXT: Minecraft Complete Guide And Walkthrough 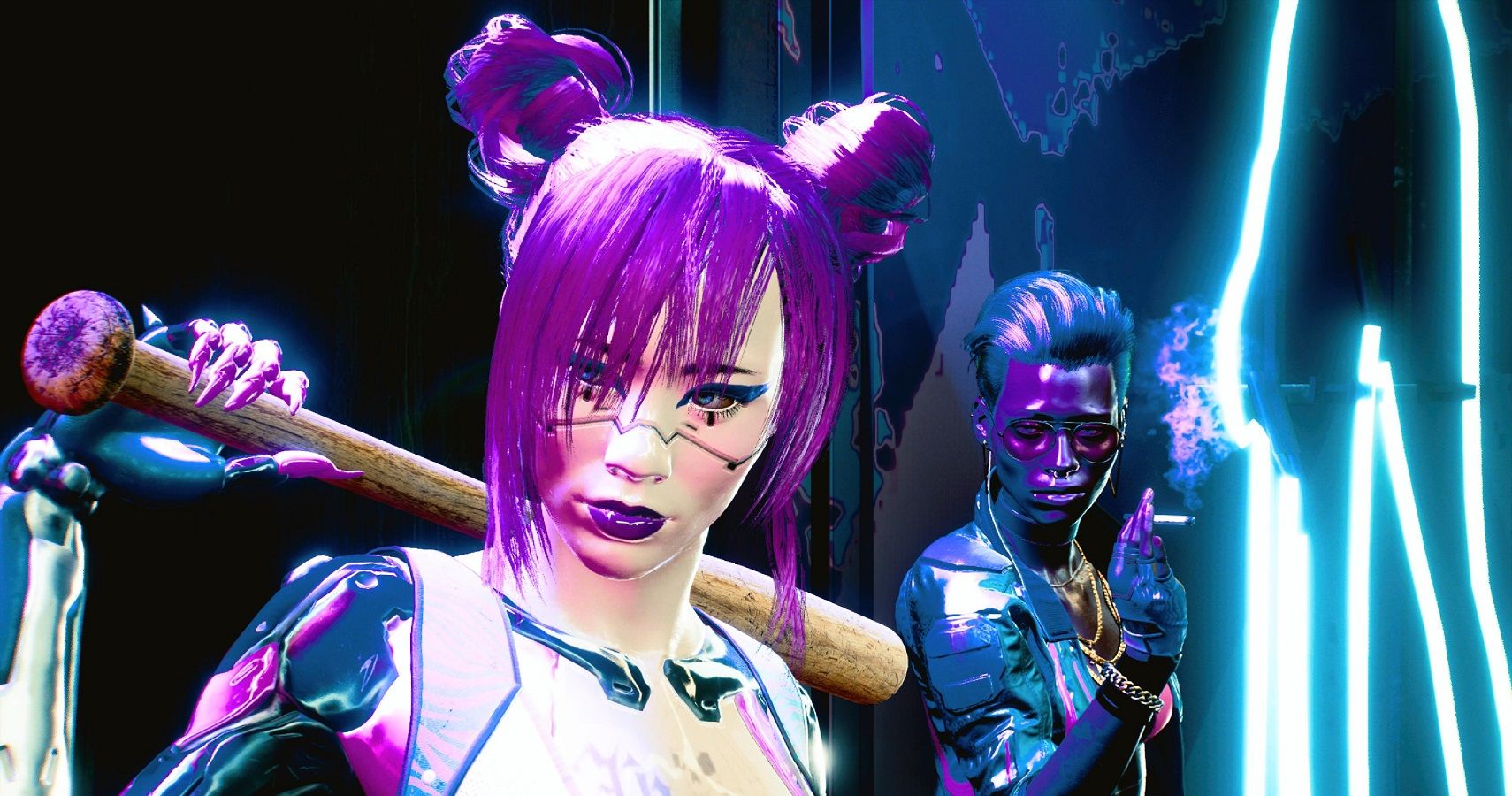