Following Mojang’s decision to release the Caves and Cliffs update in two different parts, many of the major update’s big features were cut in half or only partially included in the 1.17 update. This means that some of the blocks, features, and mechanics will only be finalized by the time the 1.18 update of Minecraft rolls around the end of 2021.

One example of an incomplete feature is the Glow Berry. This new food type is something brand-new, an item that can be grown in dark caves. It’s rare to find actual food inside caves, which is why Glow Berries are revolutionary for the world of Minecraft. However, currently, although they are included in the game, they have some limitations to them until the next update is introduced. 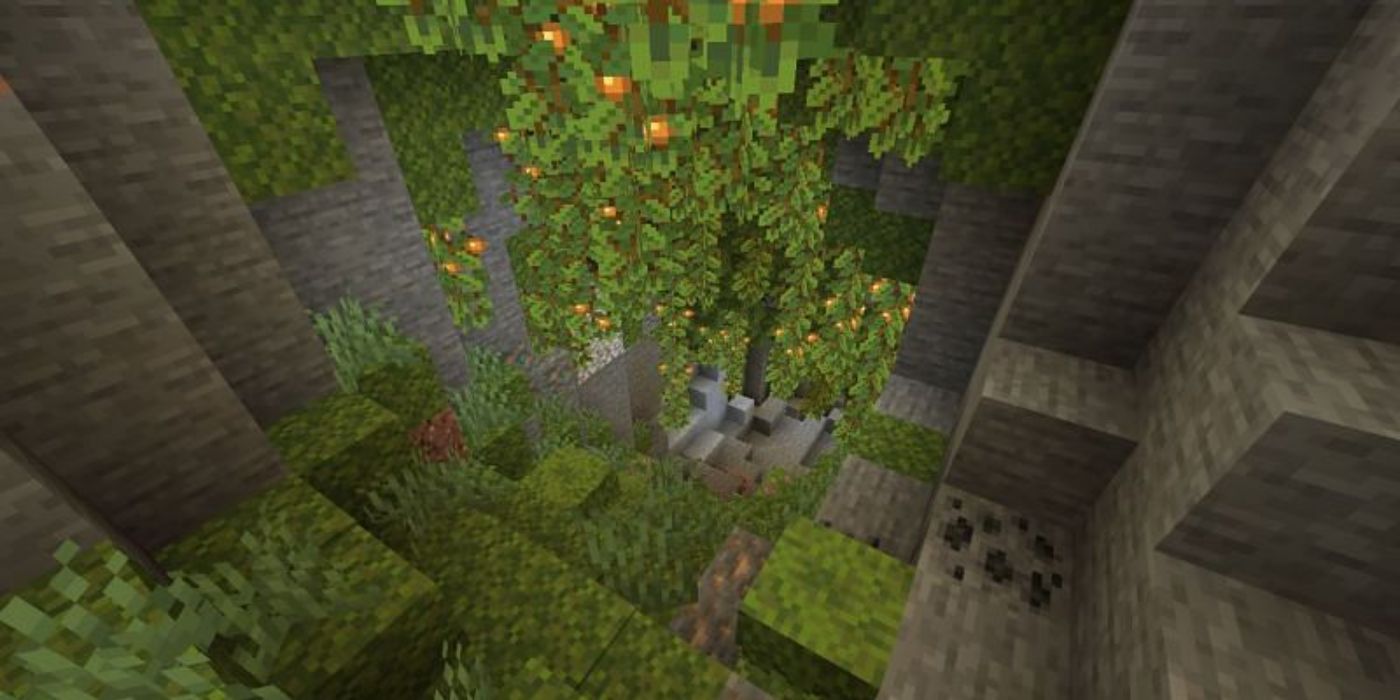 Glow Berries were designed to spawn underground, in a cave biome that has been widely advertised already. Lush caves will have tons of moss, vines, and greenery growing in them, and it’s likely that these caves can be spotted even from above ground. It’s also where drip leaves and azalea are designed to grow in the future.

Glow Berries are going to grow in these lush caves, in long vines that can be broken off and harvested. They’ll act as a type of unique food source while you go spelunking in caves, an emergency ration if you will. 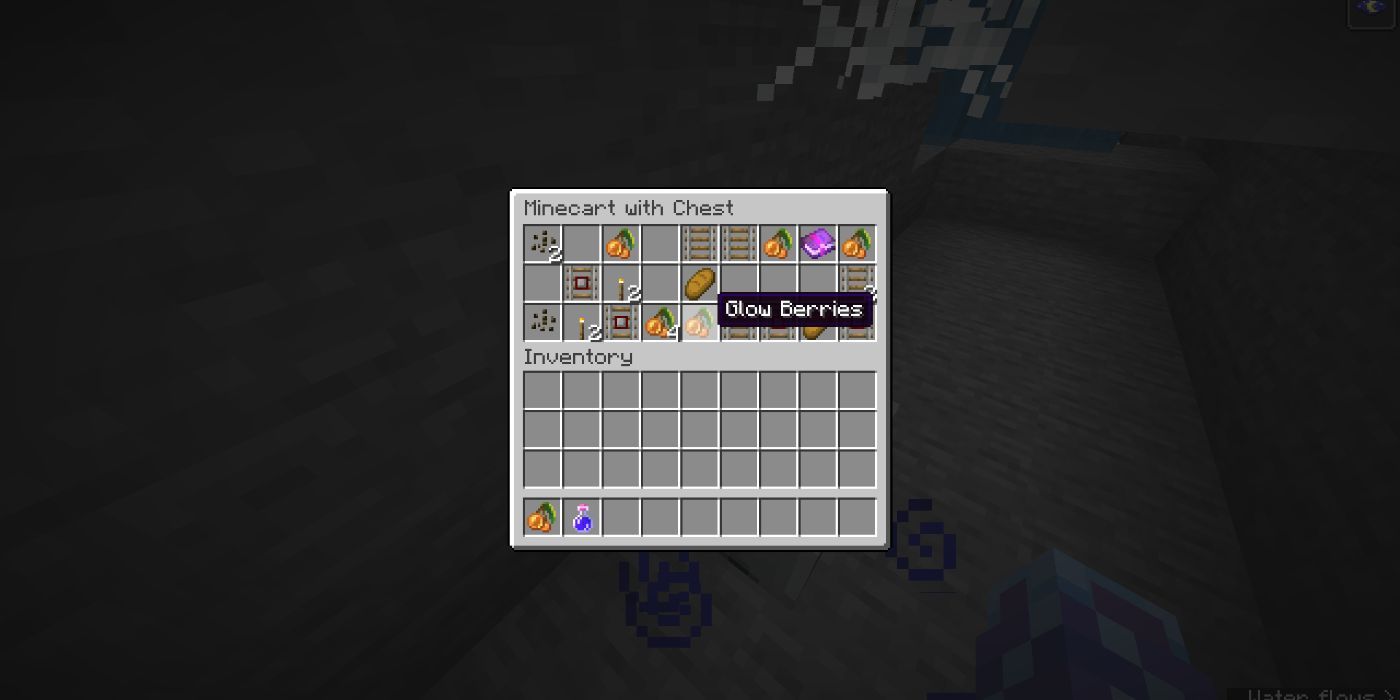 Despite the fact that lush caves were not introduced in the first half of the Caves and Cliffs update, Glow Berries were still added into the game in the 1.17 update. However, they have some major limitations. Since they can’t spawn naturally due to terrain generation not being currently updated, Mojang had to come up with another solution.

If you venture out into an abandoned mineshaft, there’s a decent chance you can find Glow Berries inside the treasure chests. It’s a roughly one in three chance that a chest will contain Glow Berries, so keep an eye out for this rare food type as you wait for the 1.18 update.

Glow Berries Are A Weak Source Of Hunger 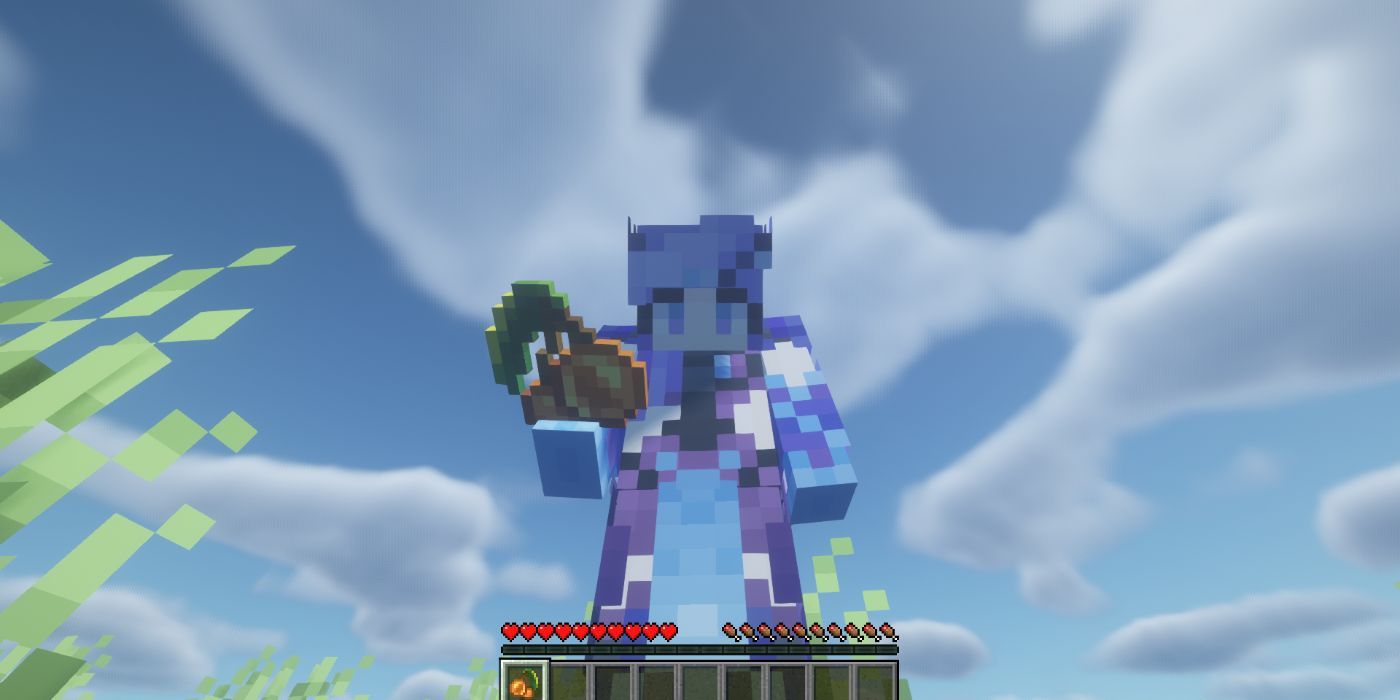 Glow Berries look cool and interesting due to their unique appearance, but the fact is that they’re actually not that useful at all. They have extremely niche uses that will be discussed further below, but all in all, Glow Berries are more of a cool aesthetic feature that was included in the lush cave biome.

Glow Berries have a poor hunger saturation, and they only restore one hunger point. This means that they’re only really useful as emergency sources of food, or when used to breed certain animals. The best use for them, however, is to just regrow them for aesthetics.

They Have Unique Growing Requirements 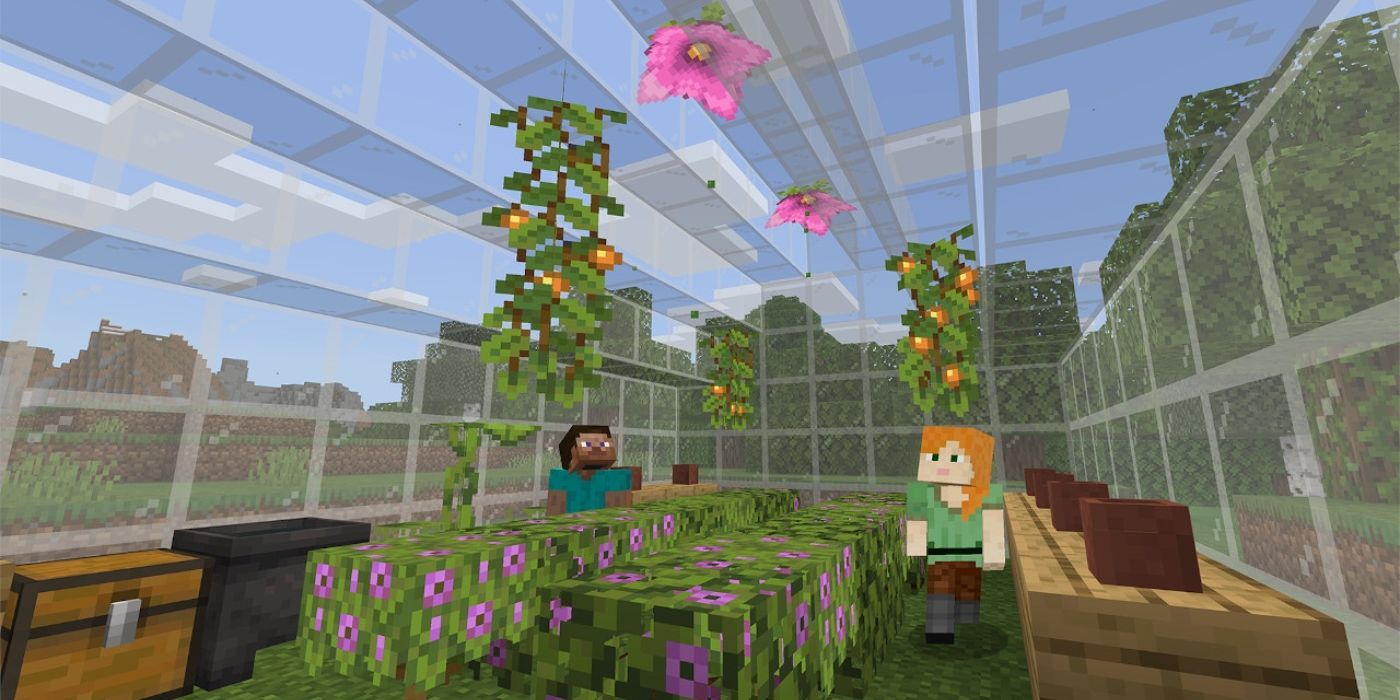 Although you won’t be able to step foot in lush cave biomes for another few months, it’s perfectly possible to grow your own vines easily if you do find some Glow Berries in abandoned mineshaft chests. Glow Berries are very low maintenance when it comes to growing them since they can actually grow in complete darkness and have no water requirements.

With a Glow Berry selected, place it on the bottom side of a block, literally any block, to turn it into the beginning of a vine. Make sure to have enough space underneath the vine’s base for it to grow and bear Glow Berries. You can now start your own little lush cave biome or even a Glow Berry garden. Bone meal can also be used to make them grow faster.

Glow Berries Act As A Source Of Light 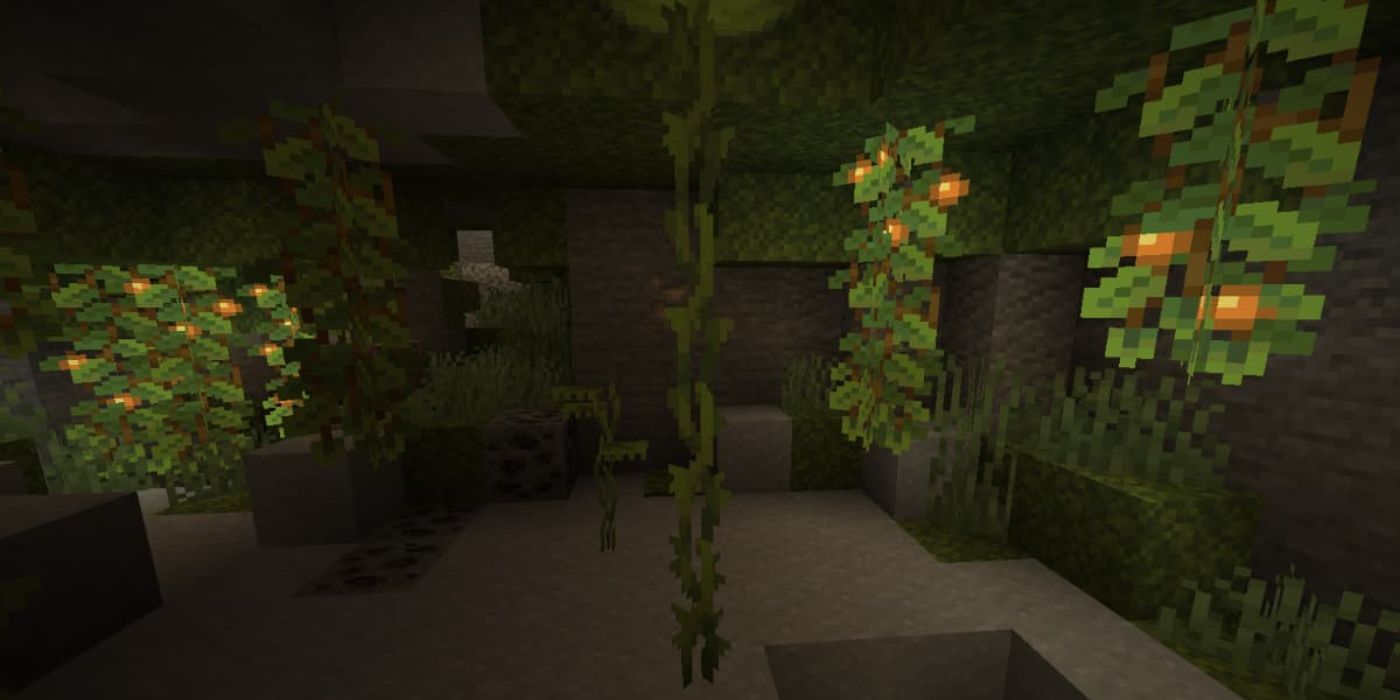 While Glow Berries don’t actually need any light to grow, they do produce some light on their own. Once a vine has been growing for some time, it can start generating some Glow Berries. The vine will then light up the area around it.

The light levels aren’t insignificant either: Glow Berries emit a light level of 14 when growing on a vine. On the bright side, you won’t ever have to worry about monsters spawning into a Glow Berry farm so long as you make sure there are always enough berries to light up the place.

Glow Berries Can Be Used To Breed Foxes 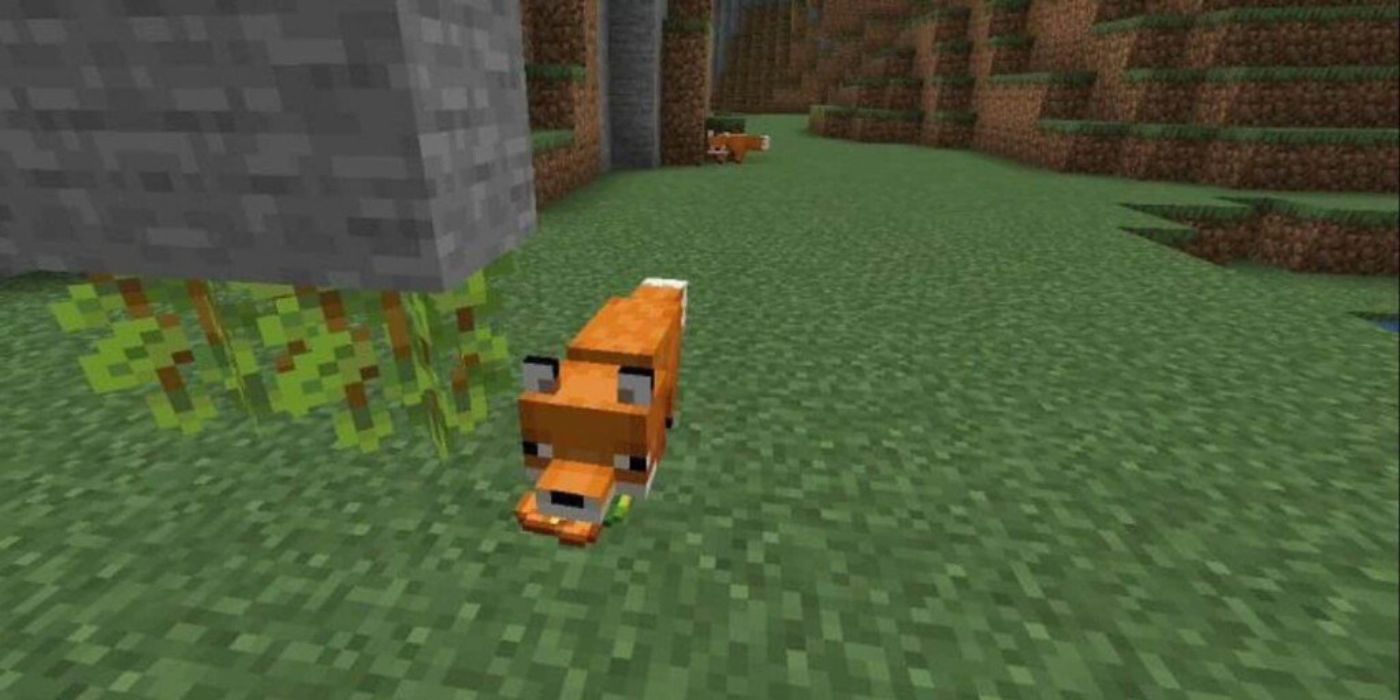 Aside from looking nice, lighting up a place, and acting as an emergency food source, Glow Berries can be used to breed foxes. In essence, they work the exact same way as Sweet Berries do, and their hunger points are almost identical.

For a full guide on how to breed every type of animal, including the highly elusive and difficult-to-catch fox, check out our animal guide here.