Chaotic Gore Magala is created by the failed ascension of its original form into Shagaru Magala, devolving into chaos and becoming highly unstable. This fiercely aggressive monster can be difficult to beat, but the odds are not insurmountable. Let's take a look at Chaotic Gore Magala's strengths and weaknesses, the best equipment to use to fight it, and some tips and tricks for beating it. 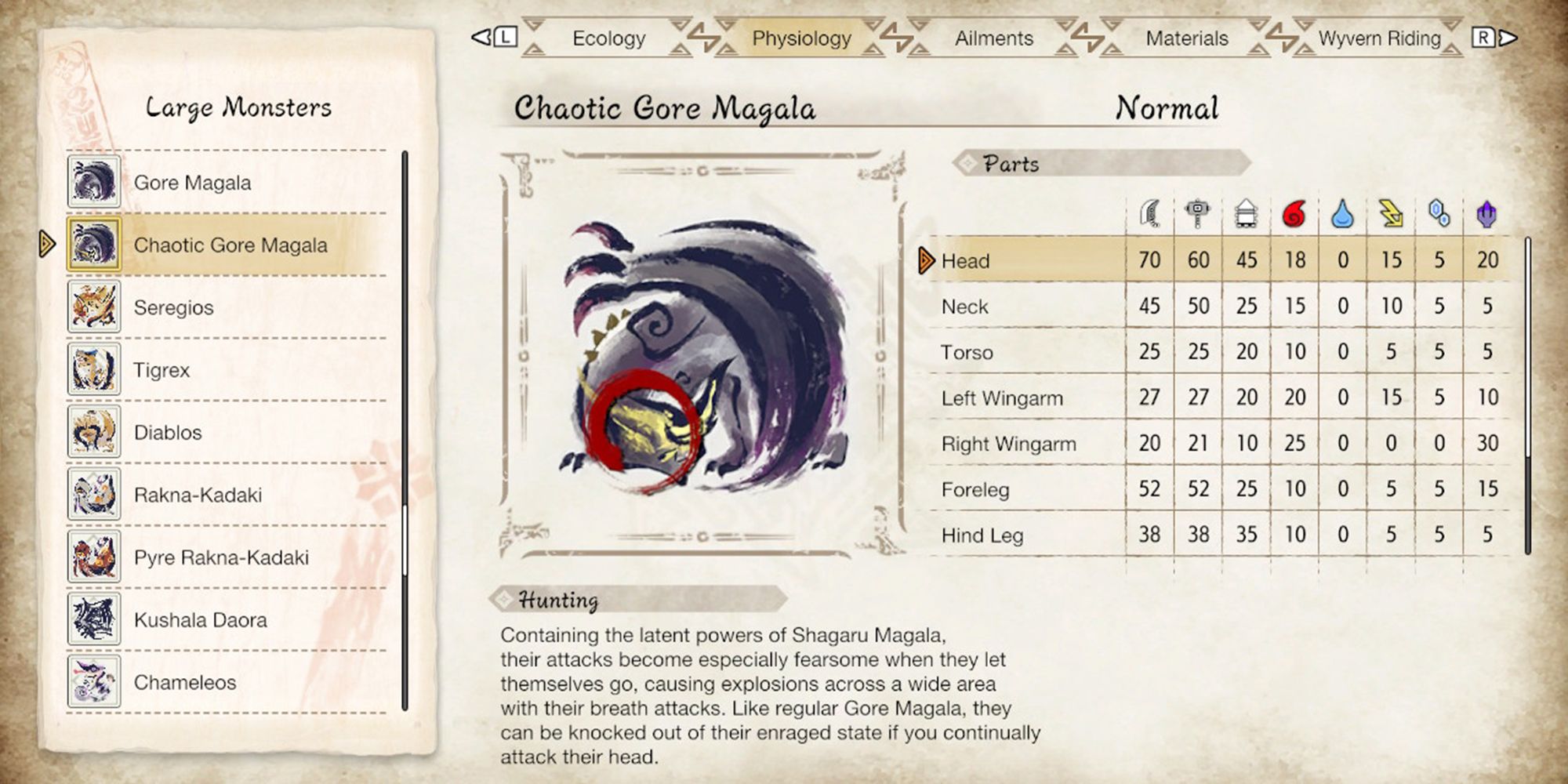 Chaotic Gore Magala, much like its normal version, is weakest to the Fire element. It is weak on its head and antenna horn when it appears, but more resistant to attacks on the rest of its body. Slash and Blunt weapons deal the most damage, but ammo-type weapons may find it easier to target the monster's weak spot. 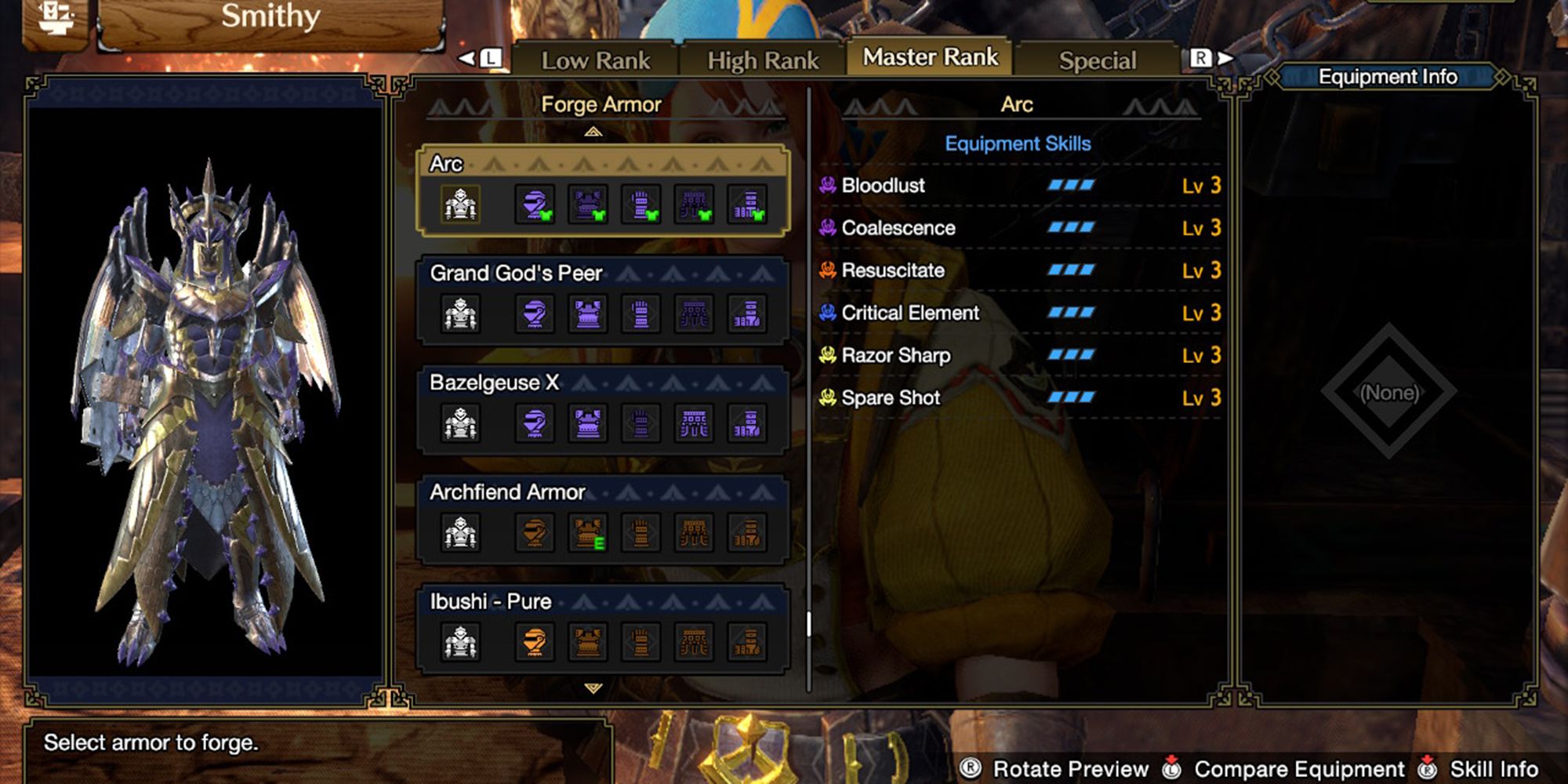 Chaotic Gore Magala doesn't utilize any elemental attacks of its own, making armor with high overall defense the best. However, even with fully upgraded armor, Chaotic Gore Magala's attacks can still deal staggeringly high damage, so be sure to bring defense boosters like Mega Armorskin, eat for defensive boosts, and scour the map for health and defense-boosting Spiribugs.

The monster will use the special Frenzy status effect, which can be lessened using Nulberries. Bring some of these items to help reduce the build-up of Frenzy.

Alternatively, you can equip the Arc/Storge armor sets to use the Bloodlust skill, which grants added bonuses when suffering the effects of Frenzy. Using this armor set, Frenzy will work to your advantage, giving you several benefits that you can use against Chaotic Gore Magala. 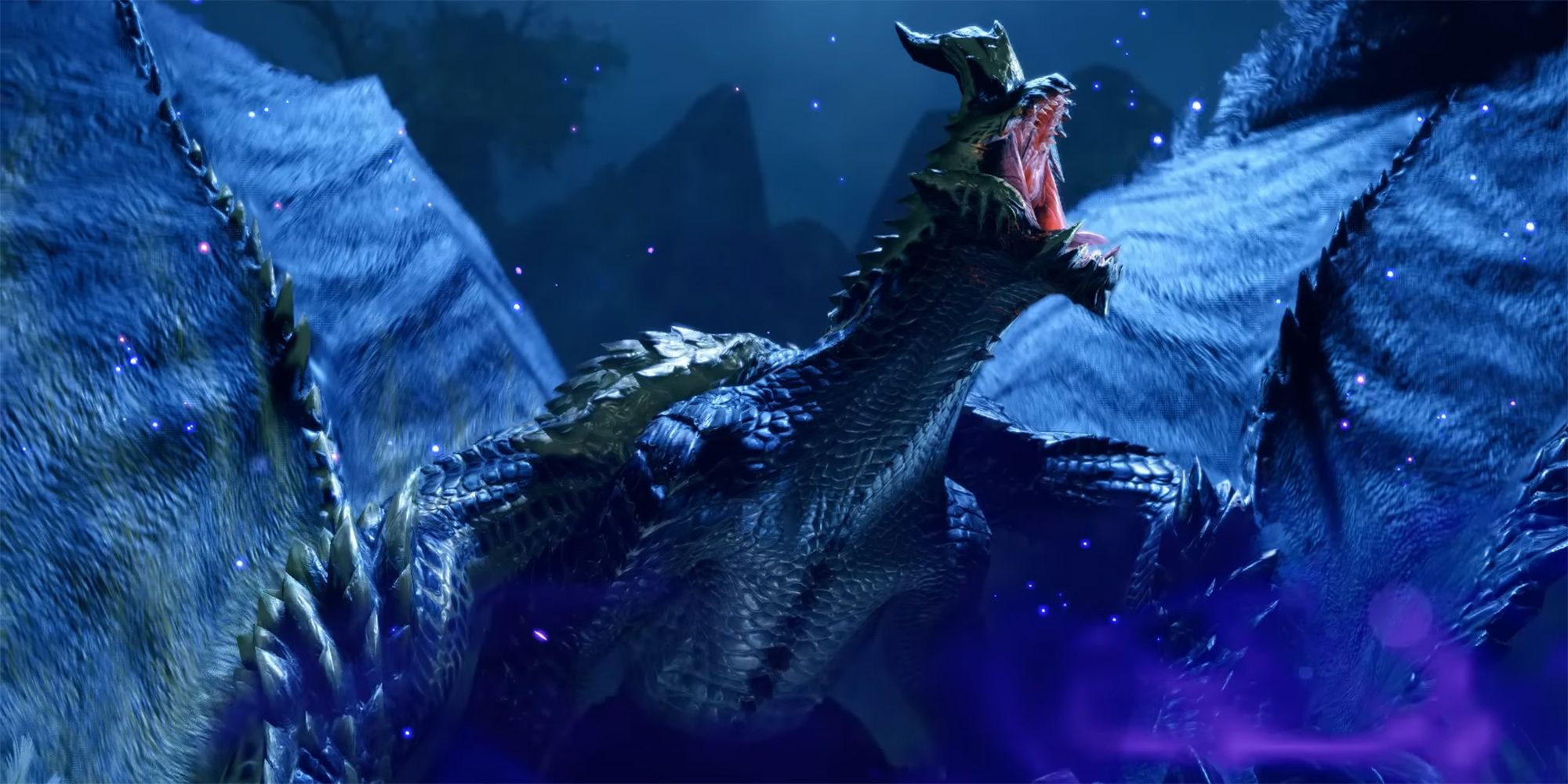 Chaotic Gore Magala is an aggressive monster with fast, high-power attacks. The main moves to watch out for during this fight are its Frenzy energy blasts, which can deal extremely high damage and inflict the Frenzy status effect.

When afflicted with the Frenzy status effect, a gauge will begin to fill. If the gauge completely fills, the effects of the status will activate; you can no longer naturally recover health and attacks will deal more damage. However, by attacking the monster before the gauge fills up, you can overcome the effects of Frenzy, instead granting you additional affinity for a short duration. Additionally, you will be immune to Frenzy during this time.

Frenzy energy blasts are one of the monster's most dangerous attacks, but they can be avoided by Wirebug evading through the air above them. Most of the energy blasts travel along the ground toward you, making them easy to jump over using a Wirebug maneuver.

To avoid Chaotic Gore Magala's frontal attacks, try to remain close to its head and dodge behind or to the side of the monster when it attacks. Most of its higher-damage attacks have long wind-up animations, which let you know that it's about to attack. Keep an eye on how the monster moves to determine where it will attack, and where you need to move.

Chaotic Gore Magala's most dangerous attack is its large Frenzy energy burst. It will start by covering an area in purple Frenzy energy clouds that will explode in a large area after a short delay. Use a Wirebug to quickly move away from the Frenzy clouds, but be ready to return to the monster as it has a long animation after where it is vulnerable. 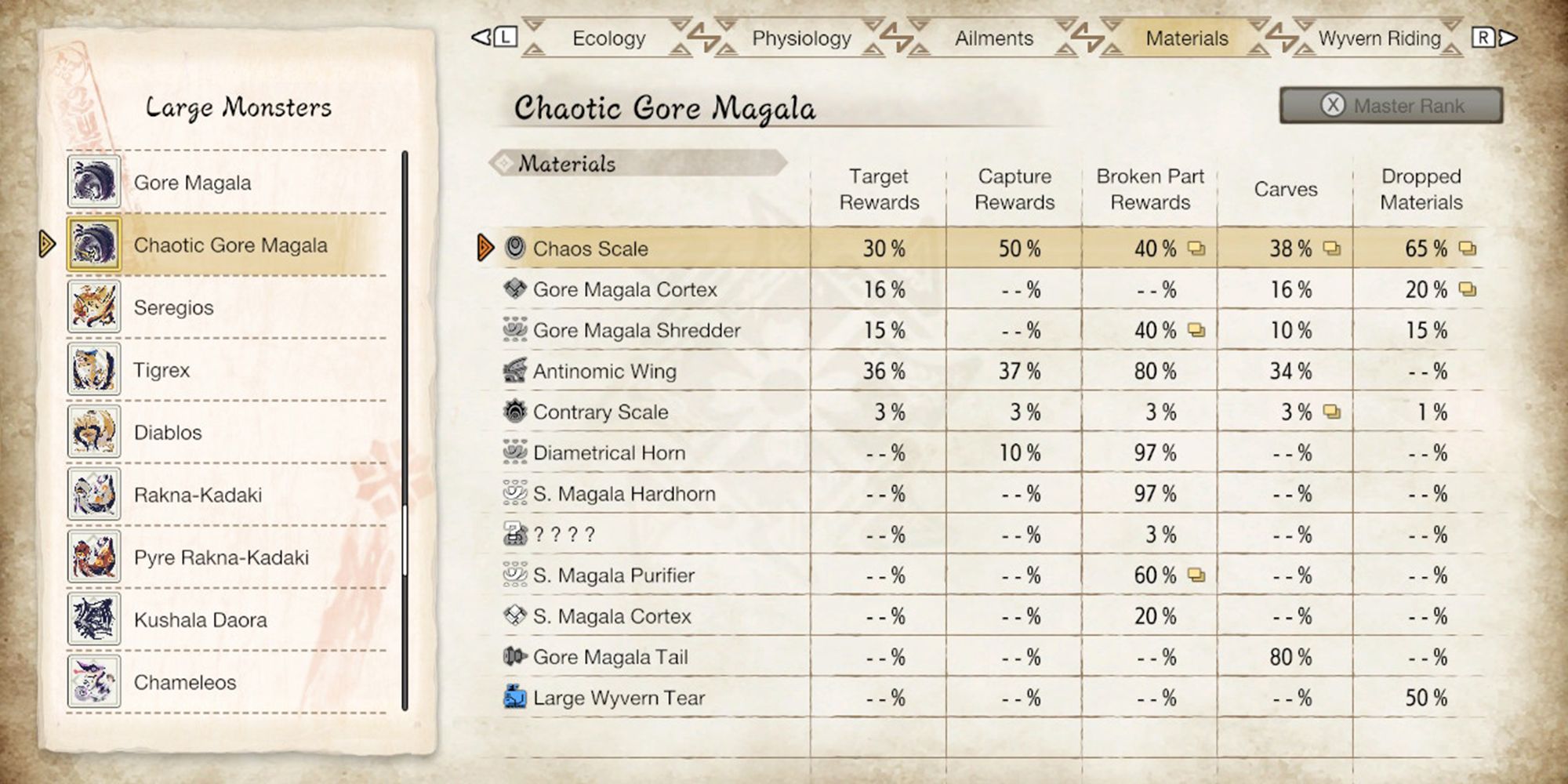 Chaotic Gore Magala can drop the following materials after hunting it, including drops from its normal version and Shagaru Magala.