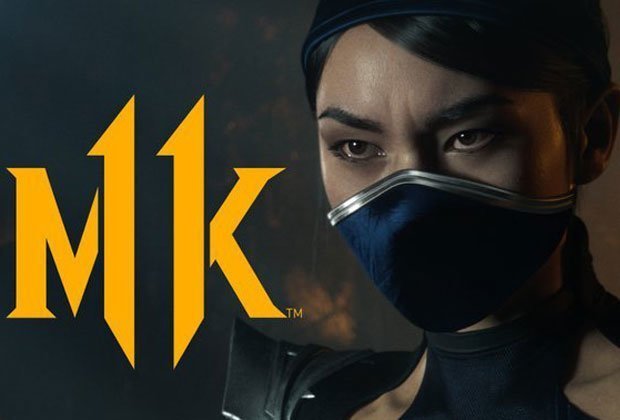 The developers at NetherRealm Studios may be close to launch, but they still have some new characters and some interesting new gameplay to show off.

The next Kombat Kast will stream today and feature Kitana and – probably – some more new announcements and treats besides.

Thanks to the Mortal Kombat 11 release date closing in on us (it’s now super close: set for April 23!), this stream could be one of the last we see before release.

If you want to know more about Kitana, here’s what you need to know:

The 10,000-year-old princess of Edenia grew up believing she was Shao Kahn’s biological daughter and served as one of his deadliest warriors. When Kitana learned the truth, she fought against Shao Kahn’s attempted conquest of Earthrealm, eventually dying in battle. After being resurrected as an evil revenant version of her former self, Kitana now rules the Netherrealm alongside revenant Liu Kang, dedicated to the destruction of all the realms.

That means we could be in for some interesting surprises… to that end, here’s everything you need to know about where and how to watch the Mortal Kombat 11 April 12 Kombat Kast.

You can see the stream embedded above and, as usual, the official Mortal Kombat YouTube channel will have an upload of the whole stream available to watch back once the show is over.

Via the Twitch or Youtube app on your console of choice, you’ll be able to watch the stream live. Don’t try on Switch, though – its streaming services leave a lot to be desired.

Kitana joins an ever-growing rost of playable characters in Mortal Kombat 11, which so far includes:

That said, NetherRealm Studios are still promising “more exciting reveals coming in the weeks ahead” so we can’t wait to see who’s next.

Some players may have already had the chance to try the game some weeks back with the games closed-beta, which was just for those who pre-ordered the game.

But one of our guys was able to jump into it and very much enjoyed his early look at the game.

Want to know more, we’ve pulled out one of his glowing impressions just below, but (spoiler) you’ll find plenty more on the link.

If you’re curious about the game, here’s a preview of the game we’ve thrown together based on beta impressions:

Mortal Kombat 11 Is A Beautiful game

It seems strange to say, given the series grisly art-style that hasn’t really evolved since its debut in the early nineties, but Mortal Kombat feels like the purest form of Ed Boon’s twisted imagination.

The game looks gorgeous, particularly on the PlayStation 4 Pro, and while there are some kinks to be ironed out of the framerate, it feels like a true showcase of the console’s power.One map features an audience baying for blood, each animated and impressively detailed.

Combined with the most detailed character models in the series’ history, as well as various elemental hazards, and Mortal Kombat 11 feels like a martial arts movie has come to life.

While there were only five characters available in the beta, each features their own array of fighting styles to be chosen before a match. With three each, this essentially allows for fifteen character options to choose from.

The customization doesn’t end there, however. Mortal Kombat 11 has inherited some of Injustice 2’s gear system, allowing for the changing of fighters’ outfits. Unlike Injustice 2, this is solely cosmetic but works in tandem with the story mode’s time-traveling plot to offer dream matchups.

Seeing Scorpion in his retro garb battling against Baraka makes this feel like a Mortal Kombat toybox, filled with action figures from every era. Fans will find a lot to love here.