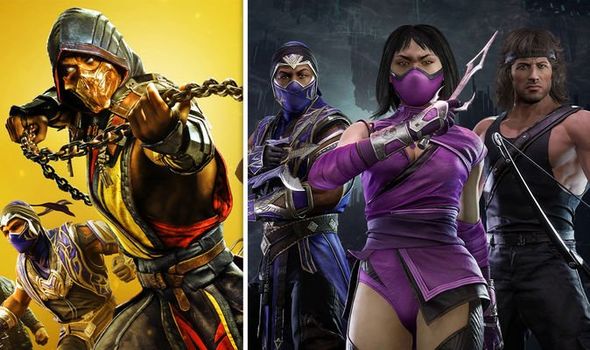 Mortal Kombat 11 fans are counting down to the release of Kombat Pack 2, which adds new characters to the fighting game.

The next Mortal Kombat 11 DLC pack has a November 17 release date on PS4, Xbox One, Nintendo Switch and PC.

It launches alongside Mortal Kombat 11 Ultimate Edition, which contains the core game and all DLC.

Even more exciting is that the Ultimate Edition is available for PS5 and Xbox Series X/S, complete with enhanced 4K visuals, improved loading times and cross-platform play.

Unfortunately, however, you won’t be able to play the Kombat Pack 2 DLC at the moment the clock strikes midnight on November 17.

According to the Warner Bros support page on Twitter, the Kombat Pack 2 update will be available from 4pm GMT UK time.

On the plus side, Ultimate Edition pre-order customers can download the core game and Aftermath DLC now. The 4pm GMT launch time is purely for the Kombat Pack 2 content, which includes Rambo, Rain and Mileena.

“Once you purchase Mortal Kombat 11 Ultimate, you will be able to download the base game, the Kombat Pack 1, and the Aftermath Expansion,” reads a Warner tweet. “The Kombat Pack 2 and the Time Warriors Skin Pack (pre-order bonus) will be made available for download on November 17.”

With the release of Kombat Pack 2, the Mortal Kombat 11 roster expands to a whopping 37 characters.

This includes fan favourites like Scorpion, Baraka, Sub-Zero and Shang Tsung, as well as guest fighters such as The Terminator, Joker, Robocop and Spawn.

“A former Special Forces soldier haunted by his time in Vietnam, Rambo is rough, aggressive & famous for taking on perilous missions alone,” reads the official description. “Now, he brings his brutal skills in Mortal Kombat.”

The addition of Rambo gives fans the chance to pit Arnold Schwarzenegger against Sylvester Stallone in a battle to the death.

Kombat Pack 2 also re-introduces the character of Rain into the mix, complete with a handy ability to dodge attacks by transforming into water.

“Rain joined Edenia’s army to improve his future. Thanks to his strategic genius, he was quickly given command. Rain used his rank to find his birth father & was shocked to learn that he was a god. Rain battles for his rightful place in Edenia’s pantheon.”

But it’s the return of Mileena that will excite fans the most, especially judging by some of her brutal special moves and Fatalities.

“Mileena is the perfect blend of Baraka’s ferocity & Kitana’s grace. Brought forward in time, this clone now knows of her reign as Empress and death at Kotal Kahn’s hands. She is set on retaking her throne.”

If you want to pick up the Mortal Kombat 11 Ultimate Edition, you can purchase it digitally from the PlayStation and Xbox stores for £49.99. The Kombat Pack 2 DLC costs £19.99.

The physical edition is much cheaper, costing just £38.85 from ShopTo.