One of the most standard features in games since their earliest days has been maps. Sometimes they're there to give us guidance and to make sure we don't get lost. At other times, they're like a treasure map, letting us take note of the various things we might want to return to. They're an invaluable tool.

But while most games will feature maps as a standard tool, some will go out of their way to make maps a more prevalent tool, or just that extra bit of time into making actually using the map a unique experience. Not every game can pull it off or even needs to, but for the ones that tried, it's always a rewarding experience. 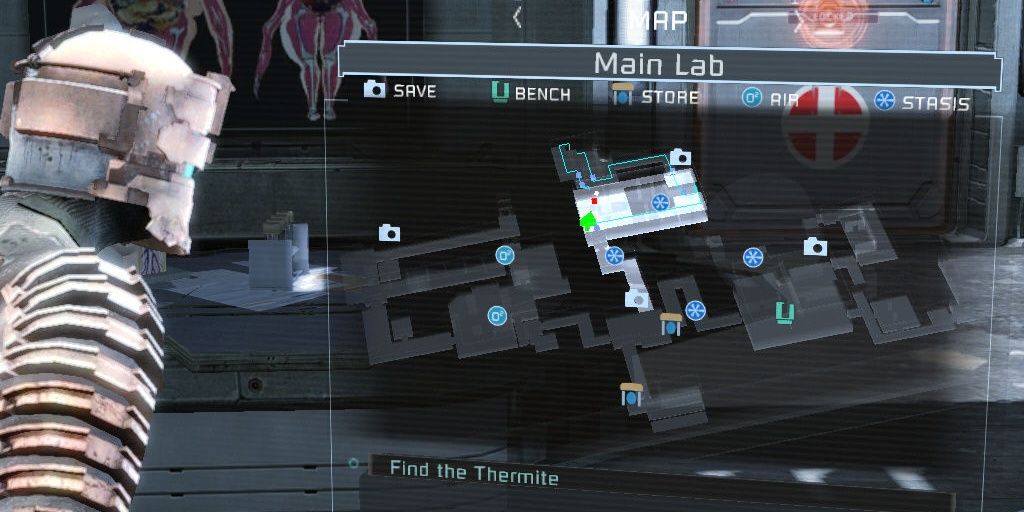 Dead Space was a big game for the industry, coming during the renaissance of zombie games in the 2000s. Initially envisioned as a new System Shock, it was reconfigured after the success of Resident Evil 4 to take that same brand of tense horror to a sci-fi setting, a place where no one can hear you scream.

The game's UI is a standout feature. It's all around you, your health, ammo, and of course, your map. Rather than pausing the game and opening in a separate window, the map instead displays in 3D in front of you, and you're able to rotate it around you to orientate yourself. It can be a bit clunky to navigate, but it also adds to the tension in tight areas. 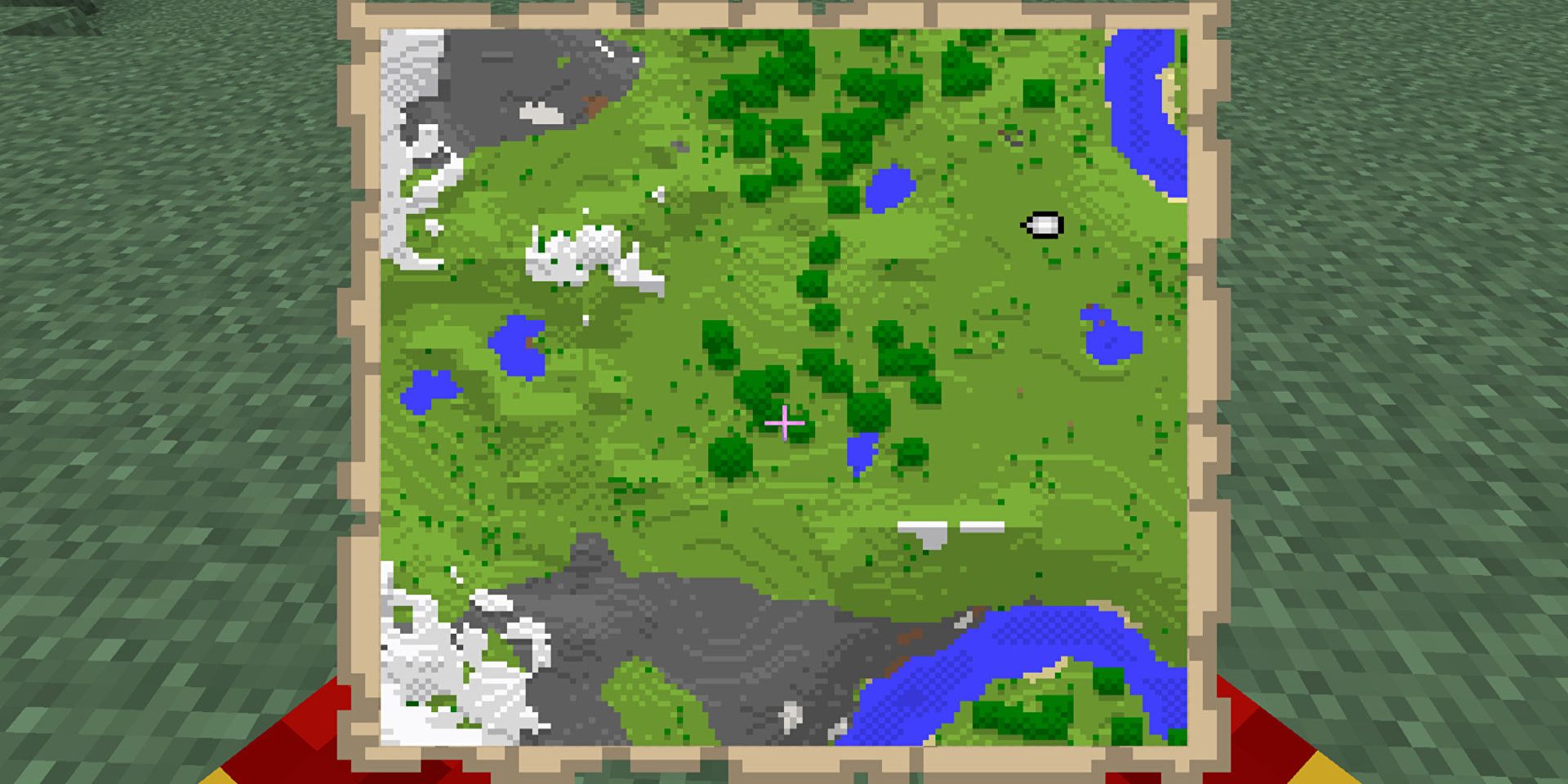 Minecraft is a phenomenon that has fully subsumed itself in culture at this point, your own digital world of creation. You know what Minecraft is. One of the initial promises of Minecraft though was a nigh-on infinite world, all procedurally generated. So of course, how do you chart a seemingly endless world? Maps, of course!

Minecraft's crafted maps are simply held in your hand, filling in chunks of the area as you explore. Once that map is filled, you make another and fill that one in too. There's a real sense of exploration to it, having to genuinely chart the world around you and keep referring back to maps to orient yourself.

8 A Link To The Past 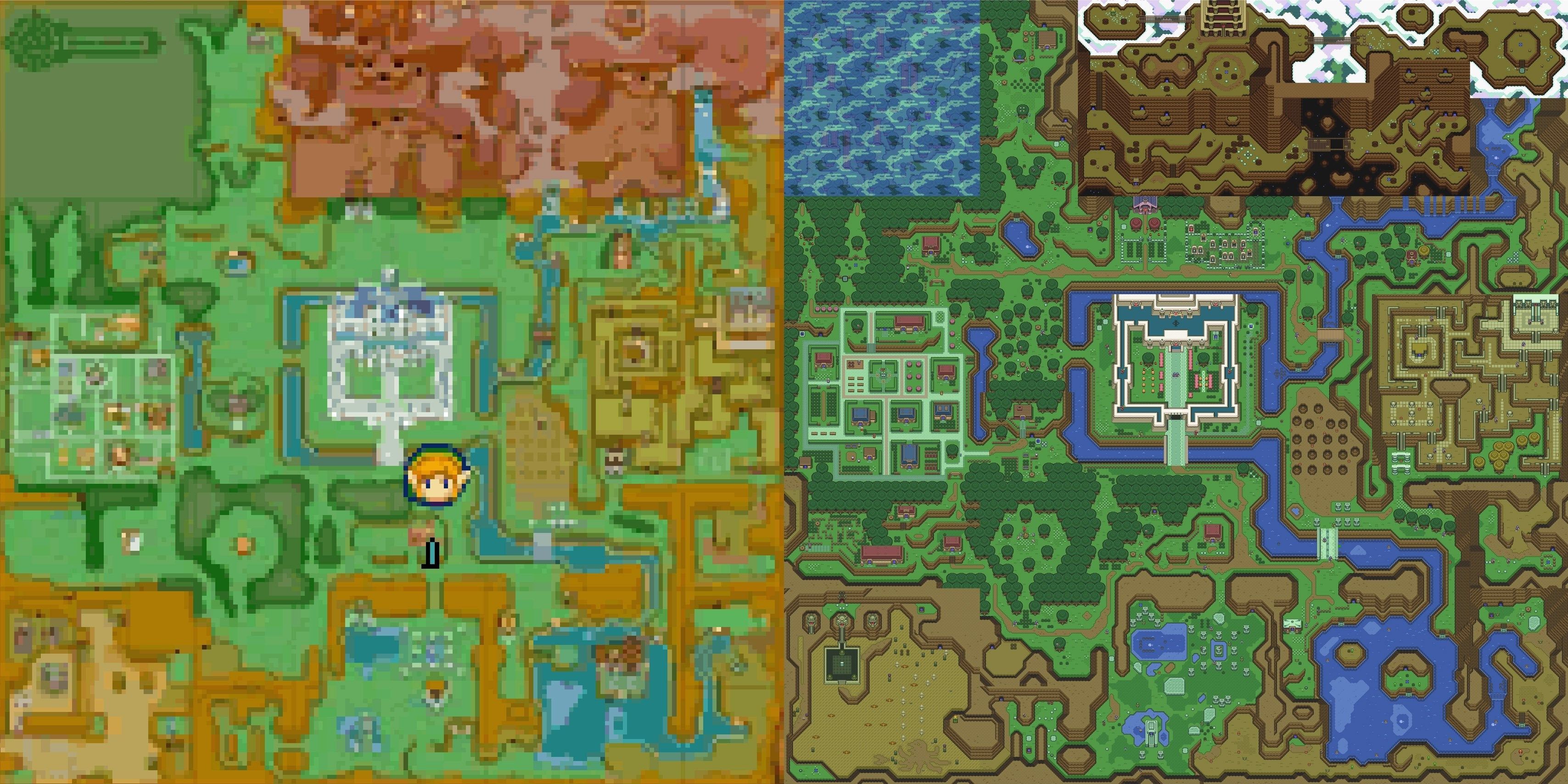 A Link to the Past is a little different with its usage of maps, being almost more traditional by today's standards. The game gets paused, a map comes above the screen and displays the entire world, depending on whether you're in Hyrule or the Dark World (Lorule in A Link Between Worlds). But this was a relatively new design for the time and plays into the core loop of the game.

Central to Zelda games are usually a central area that branches out to the various temples. But in a Link to the Past, the game lets you properly visualize this, and progress at your own pace and plan, rather than stumbling onto them. And in a Link Between Worlds, this is expanded to let you mark the map too, and offers more freedom in your exploration and tracking. 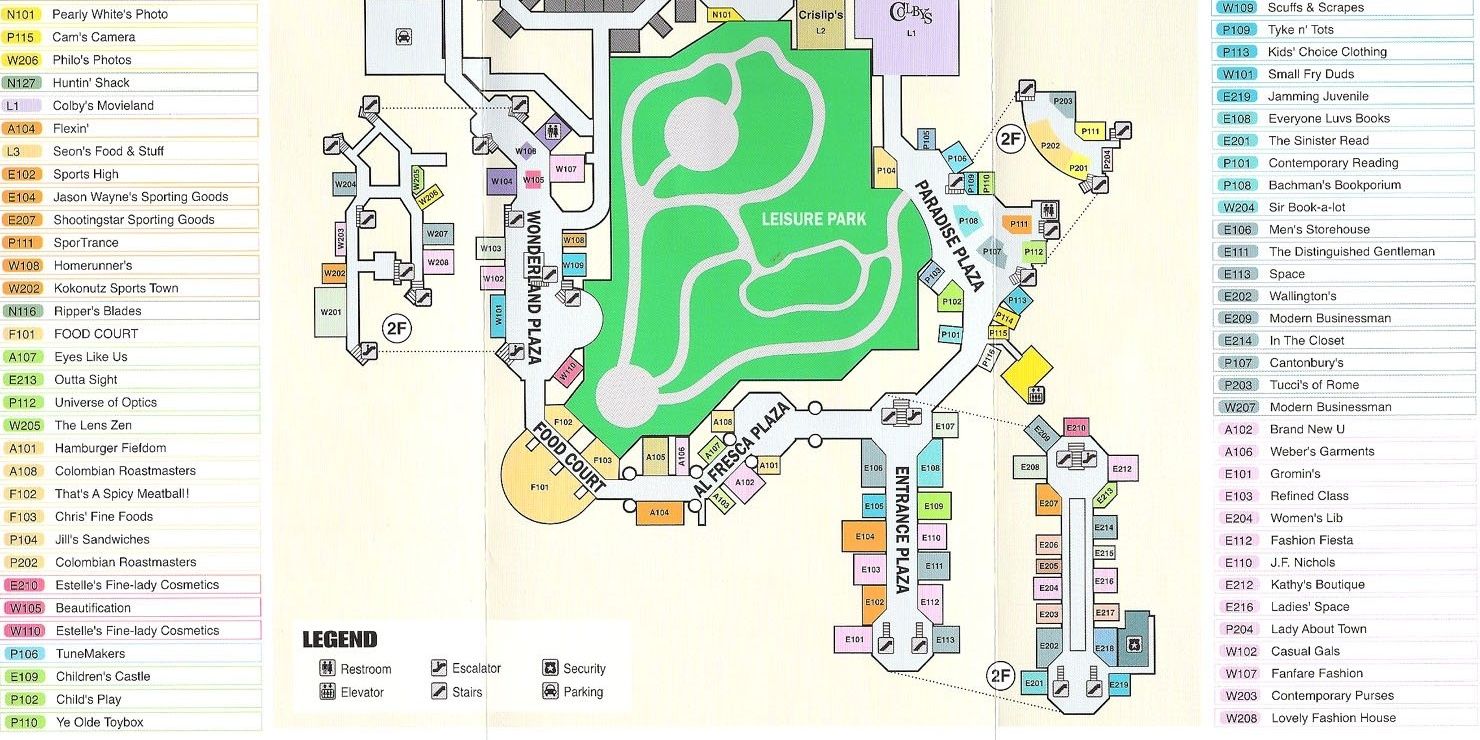 Another of the major horror games arriving during the zombie boom, Dead Rising chose to take a more over-the-top approach, having you run around a shopping mall making weapons out of whatever you could find. It's an inventive system, one that can be seen in newer games like Dying Light.

But its use of maps was a fun twist too. Everything you pick up and use is part of the shopping mall, the map too. Rather than having a strict map, you instead have to refer to the various mall maps around the area to guide you. They're well-designed maps with good clarity, but it's a fun use of its setting to push its gameplay too. 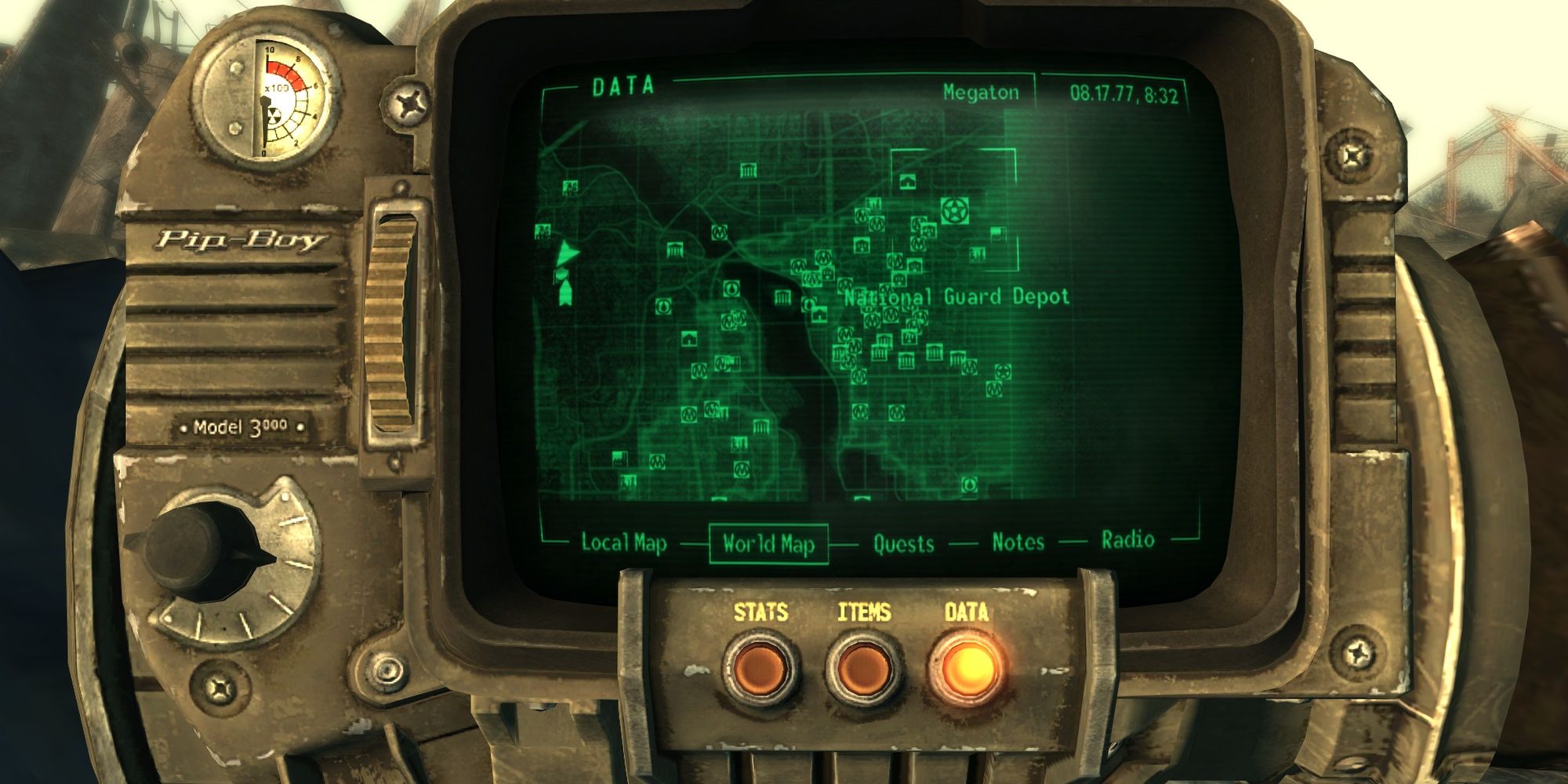 Though Bethesda may not have been the creators of Fallout (that honor goes to Black Isle studio, since succeeded by Obsidian), they had their own vision for the games on how to shift them from Isometric games to 3D first-person open-world games. Immersion was key to the games, and the use of UI through the Pip-boy showcases this excellently.

Most of the game's menus are physically navigated through the Pip-Boy, from your inventory and status down to the map. The map itself isn't functionally incredibly outstanding, but rather it's how they use the Pip-Boy to display it, needing to be navigated from the small screen. There are limitations to the design, but they force you to feel like you're using the actual tech. 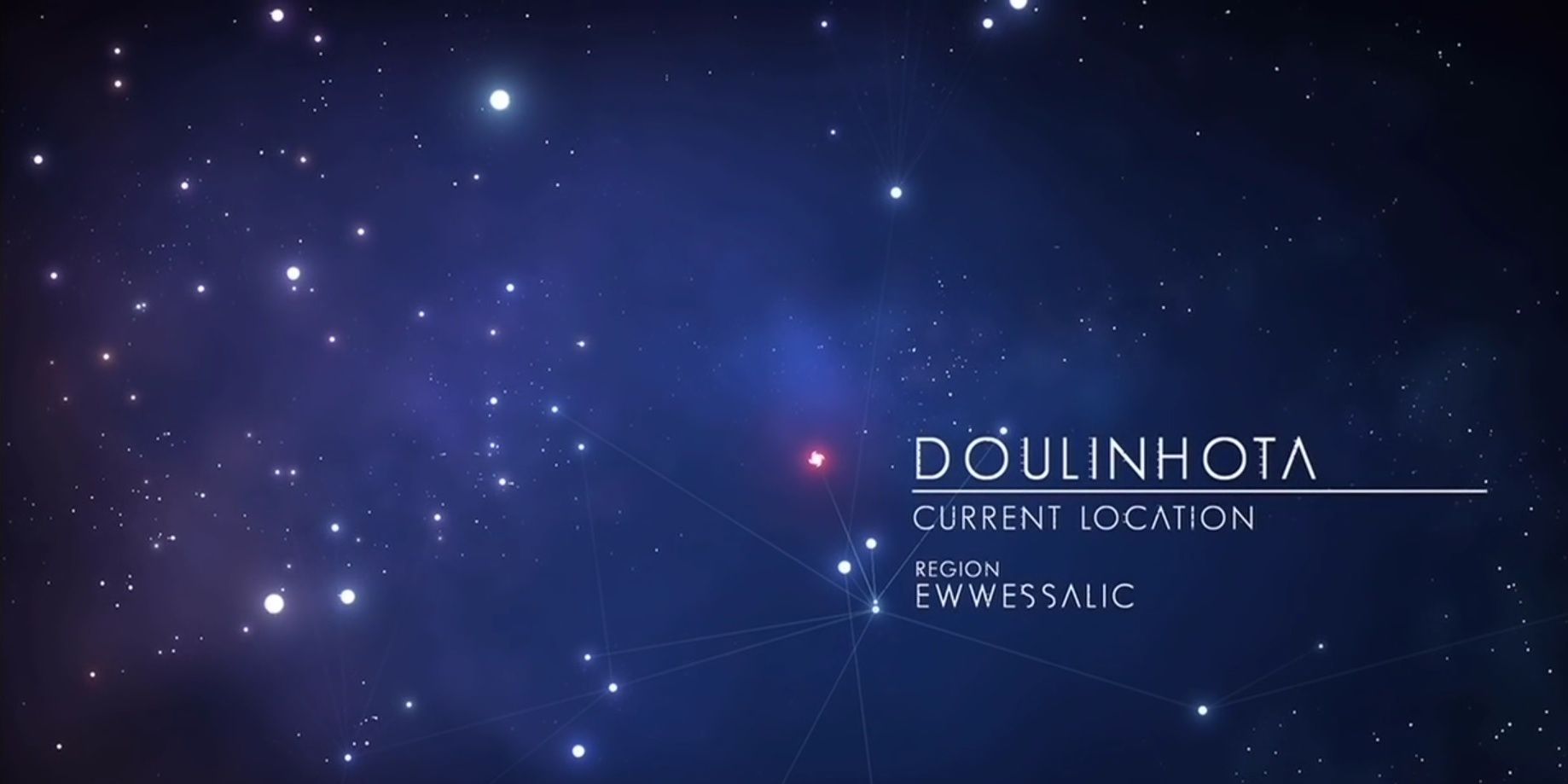 No Man's Sky has generated a whole lot of attention since its release, both positive and negative. That said, the game has made an incredible turnaround in the years since, and has far exceeded any such promises made to create a wonderful universe packed with things to endlessly discover.

In the game from the beginning, however, is the galaxy map. Now, it's not quite your average map. You can't chart a course on planets, or even inside a start system. Instead, it's the entire galaxy you navigate. It's an entirely open 3D space for you to explore, forever. Any star you see is a system you can travel to. 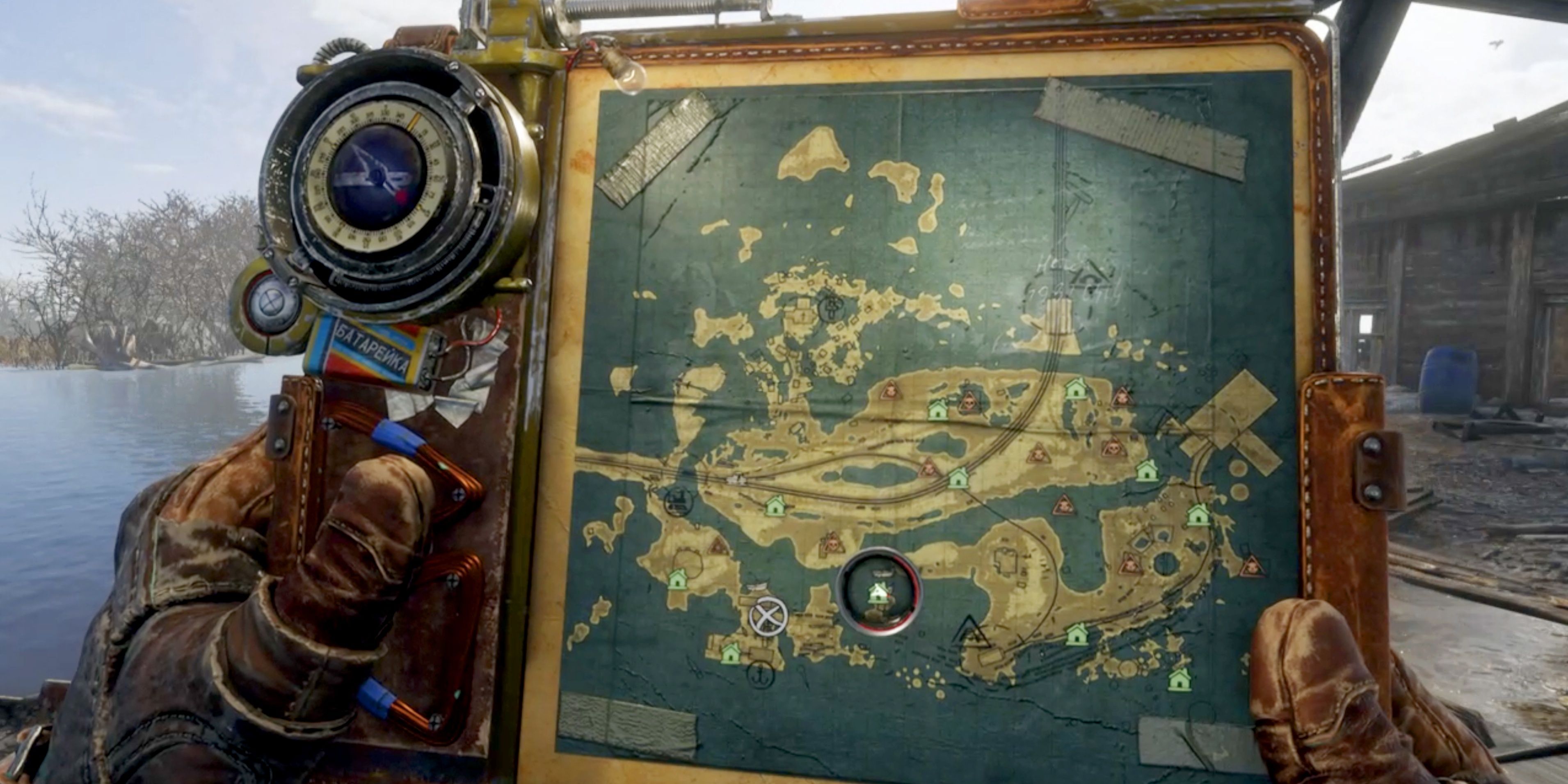 4A Games have made a reputation for themselves at this point for incredibly immersive games. Even in the original Metro games, though they feature no map used to navigate yourself, loading screens would show actual maps of the Russian metro and where you were in them. For Exodus, being set mainly above ground, this approach had to be changed.

Now, Artyom uses an actual physical map held in his hands. However, every part of it is made to feel physical. Objects are marked by finding them with your binoculars and updated when you arrive at them. There's a little light in the corner to illuminate the map at night, and a compass embedded in the corner, Flip it over, and it has your journal. It feels like a cobbled-together map. 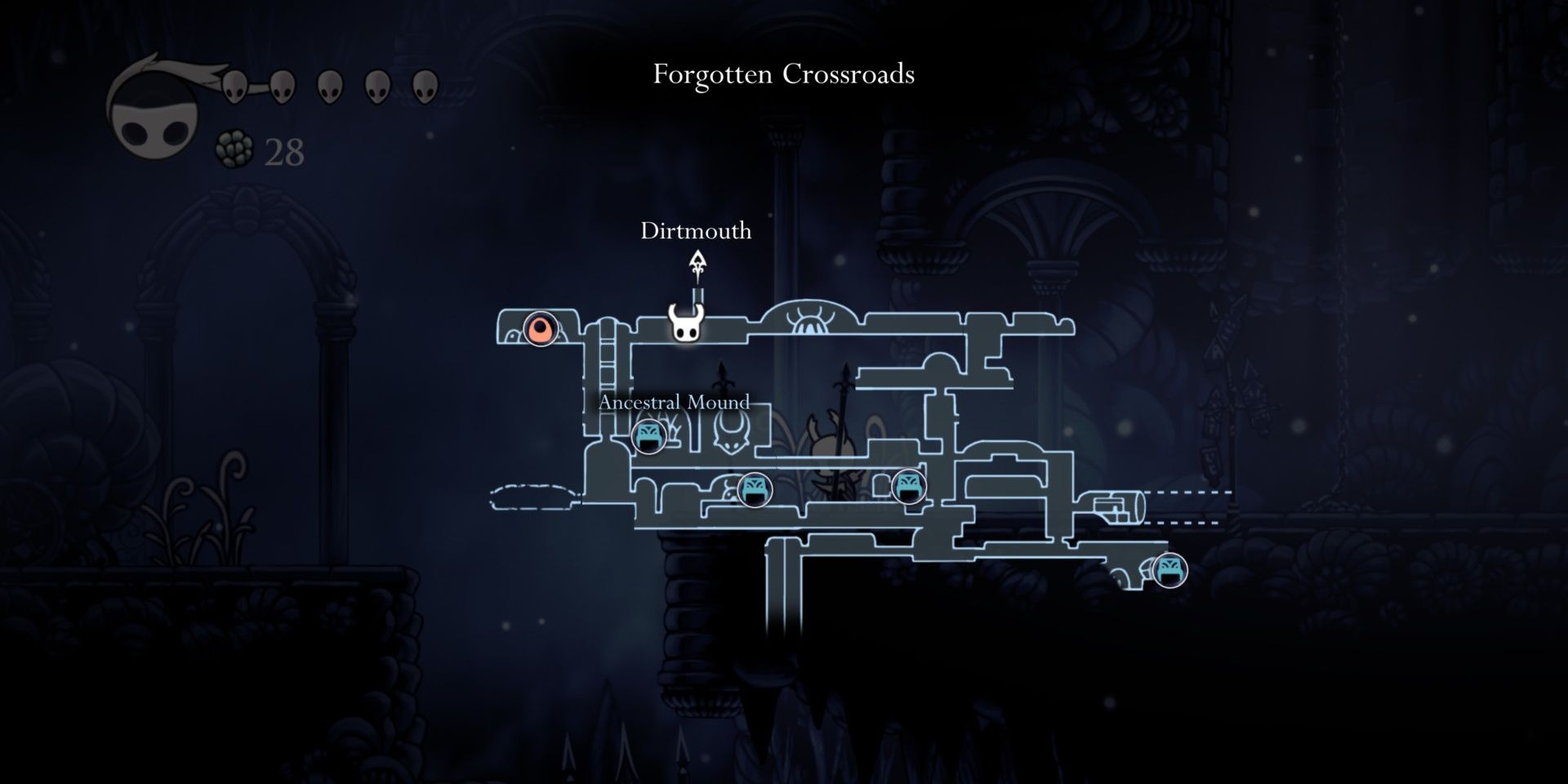 You can't write about maps in games without bringing up Metroidvanias. Super Metroid changed how maps are viewed, becoming an essential tool to navigate and giving you small hints about secrets to return to later. Most Metroidvanias took a very similar approach, until Hollow Knight.

Hollow Knight has plenty of unique aspects to it, but its map is one of the best. Instead of simply having it and it filling out as you explore, Hollow Knight has you purchase a rough map, and it only fills in when you rest and scribble in new locations. Even more, you don't appear on it without a charm, requiring you to pay attention to your surroundings to survive. 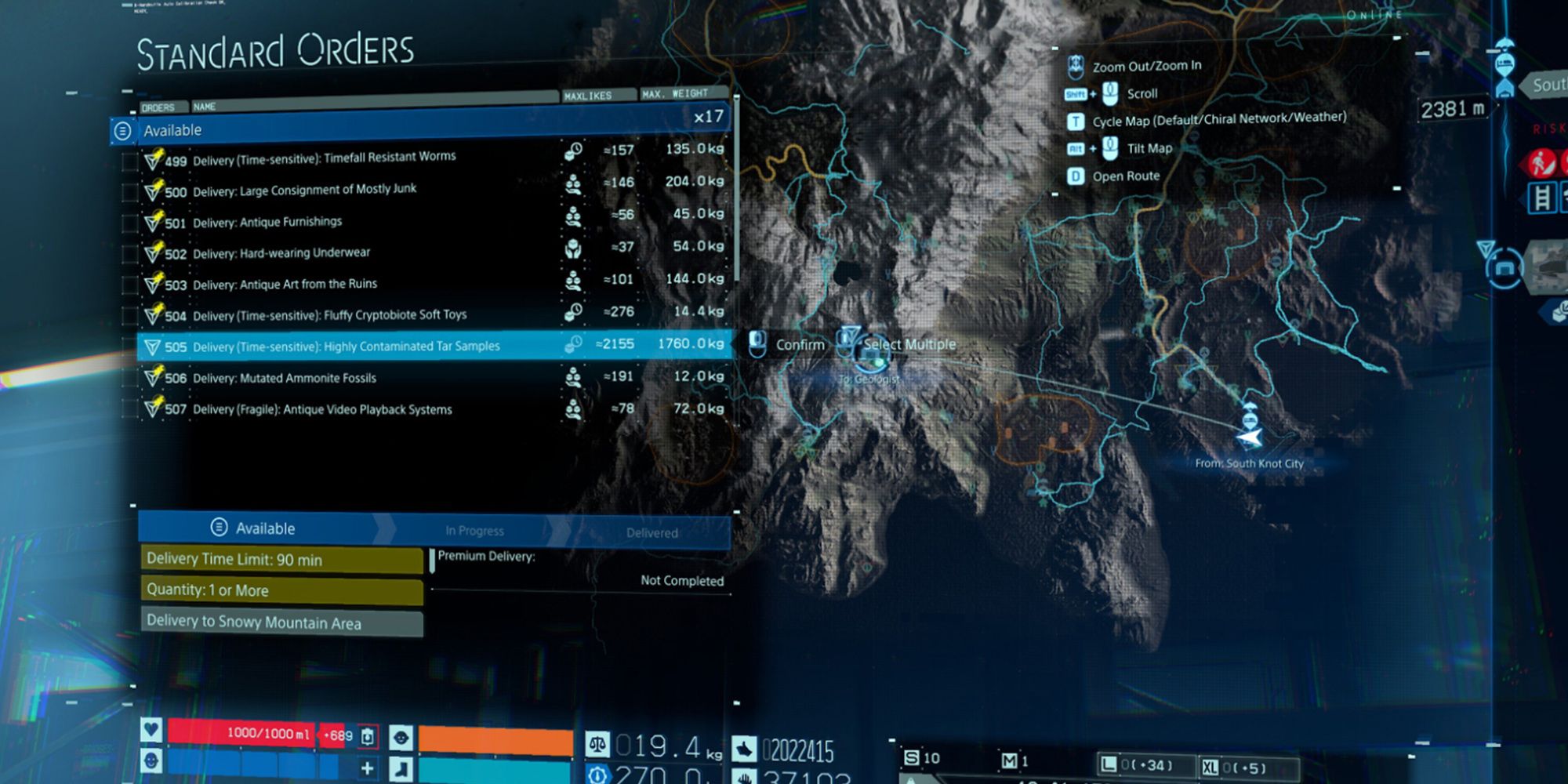 Death Stranding does many things atypical of your average Triple-A game, making a massive game that is actually about the act of walking, rather than the journeying simply being a by-product of the world. Every step has to be calculated for fear of slipping, how much you bring with you, etc. And so, the map becomes just as essential a tool.

In looks, the map is pretty standard. However, it can also be tilted in every direction to get a better sense of scale. On top of that, you can draw lines between markers to plot routes, and then follow these routes with the compass. The map is a tool of survival here, more than it is pure guidance. 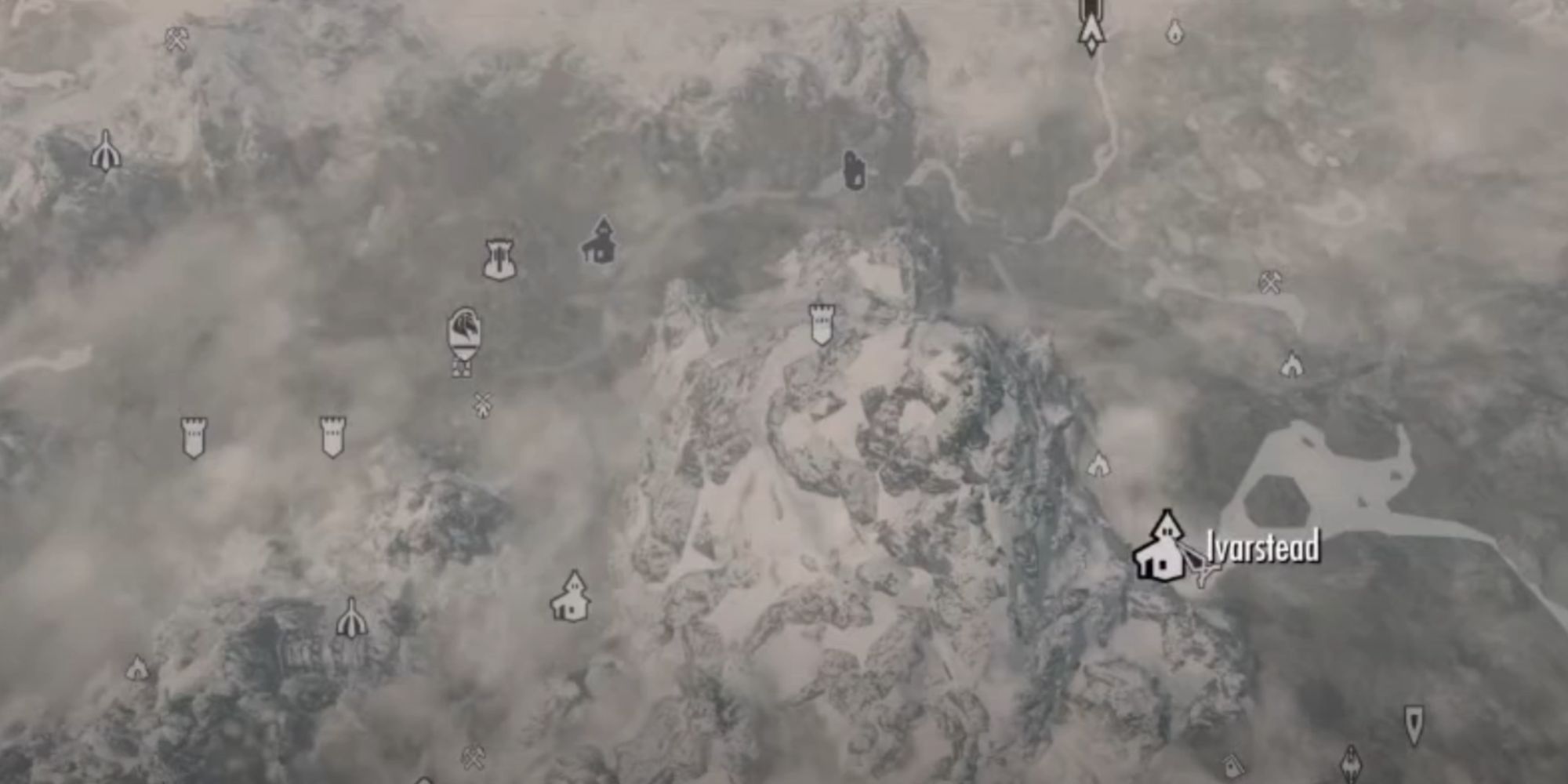 Skyrim is the game that refuses to die. And though it may be known (lovingly or hatefully) for an almost checklist game with its locations, it undeniably has an incredibly unique way of showcasing them on the world map. It's an impressive feat that few games have attempted to recreate.

Skyrim's world map is fully in 3D, though rather than being a 3D recreation, it is the actual live world, downsized. The time of day around you is reflected, the weather in the surrounding areas can be seen, and you might even see dragons. It is a beauty to behold, seeing the actual scale of Skyrim as the map zooms out from your location to show the whole world.