Originally introduced in Magic: The Gathering's Zendikar Rising set, the party mechanic provides you with benefits for utilizing a combination of the Cleric, Rogue, Warrior, and Wizard creature types. While the mechanic is quite fun and flavorful, truly reminiscent of classic adventuring parties, the newly released Party Time Preconstructed Commander Deck is the first time we've seen party since its debut almost two years ago.

Preconstructed Commander decks are great options for newcomers and veterans alike, fully playable out of the box and filled with great new cards and powerful reprints. But which reprints should you be really excited to get your hands on? 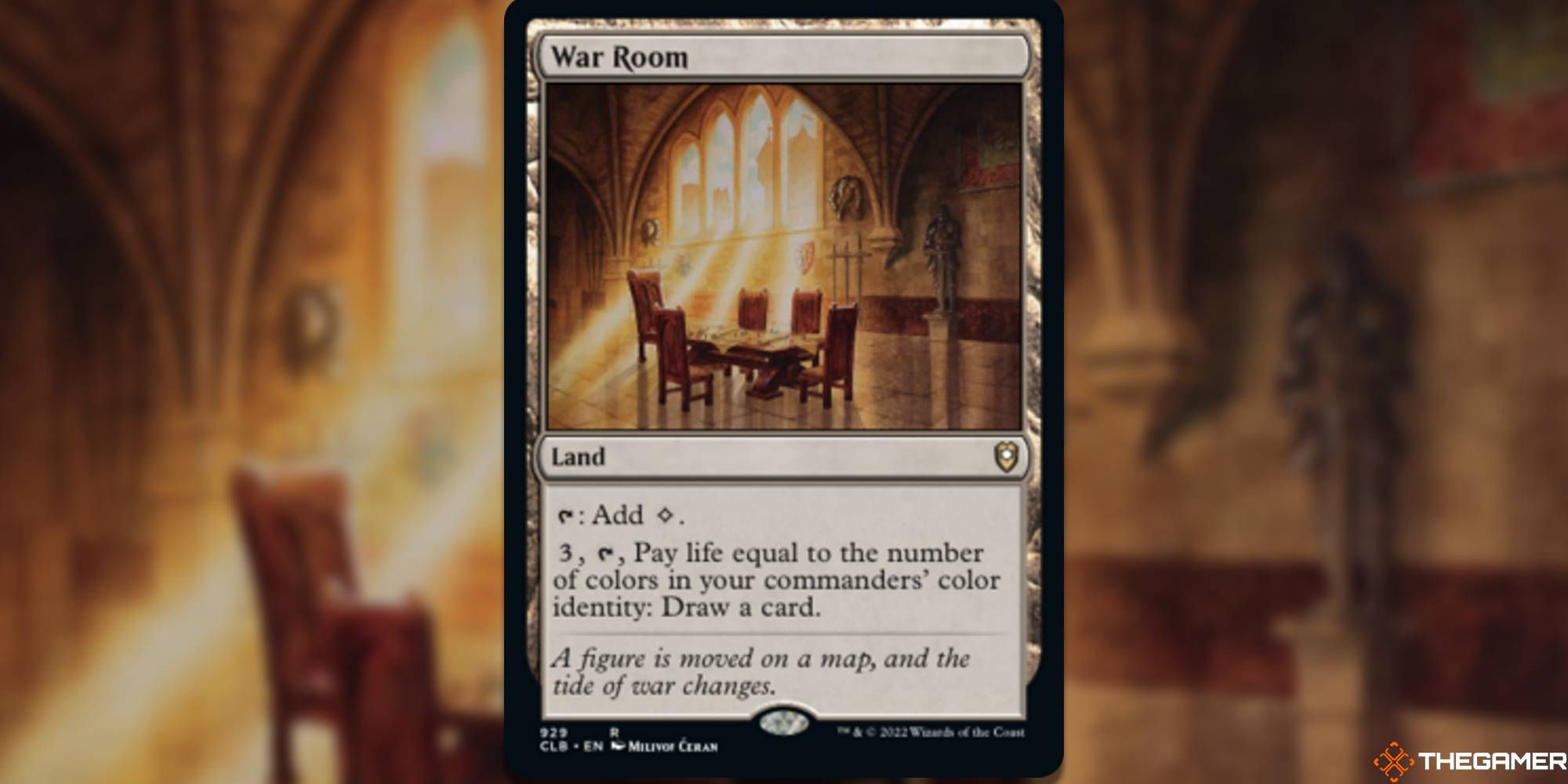 Only printed previously in Commander Legends, War Room is an underrated land that can provide great value to decks that feature two or less colors of mana. Entering the battlefield untapped and capable of producing colorless mana, the main appeal of War Room is its ability to draw its controller cards in a pinch.

For the cost of three mana, this land may be tapped, causing that player to lose life equal to the number of colors in their commander's color identity, but also drawing a card. While three mana and loss of life may seem a little steep in order to draw a single card, this loss of life is negligible in decks with few colors – especially when one of those colors is white, which gain gain life easily.

Additionally, while the cost to activate this effect may be above average, it provides a helpful option to potentially dig for additional cards when its controller is running low or needs to find a new answer. While this is far from the most expensive card featured in Party Time, we wouldn't be surprised if War Room becomes a staple for monocolored Commander decks within the coming years. 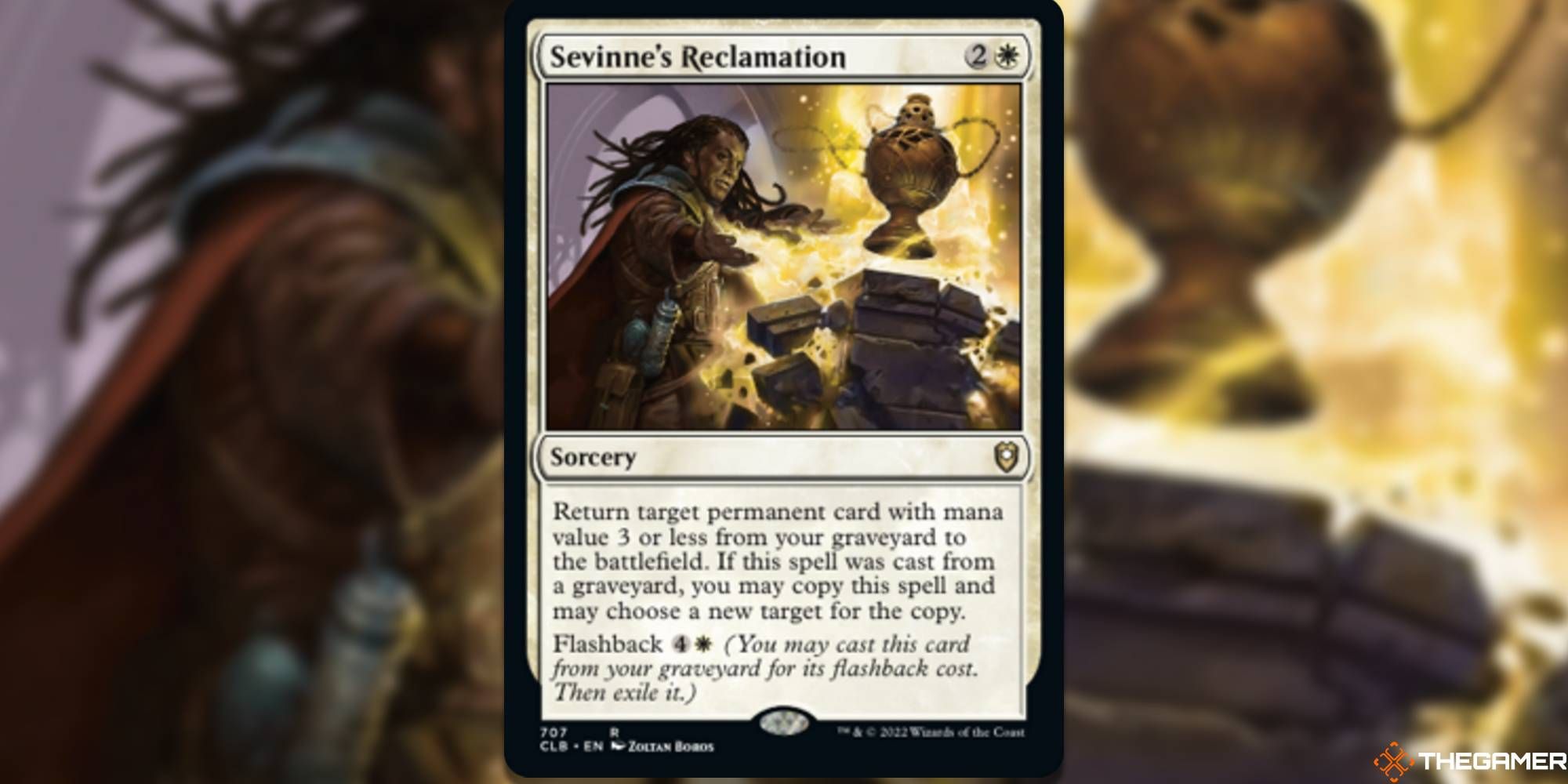 Sevinne's Reclamation is a useful white recursion spell that was previously rather inaccessible due to it only having ever been printed in Commander 2019. For three mana, this white sorcery can flexibly return any permanent from your graveyard to the battlefield as long as that permanent has a mana value of three or less. While this is already a solid recursion effect, this spell has a flashback cost of five mana.

If this spell is cast from its owner's graveyard through its flashback cost, it can copy itself, returning an additional permanent from your graveyard. This means that, by drawing Sevinne's Reclamation, its owner will be able to reliably return three permanents from their graveyard to play across two casts. 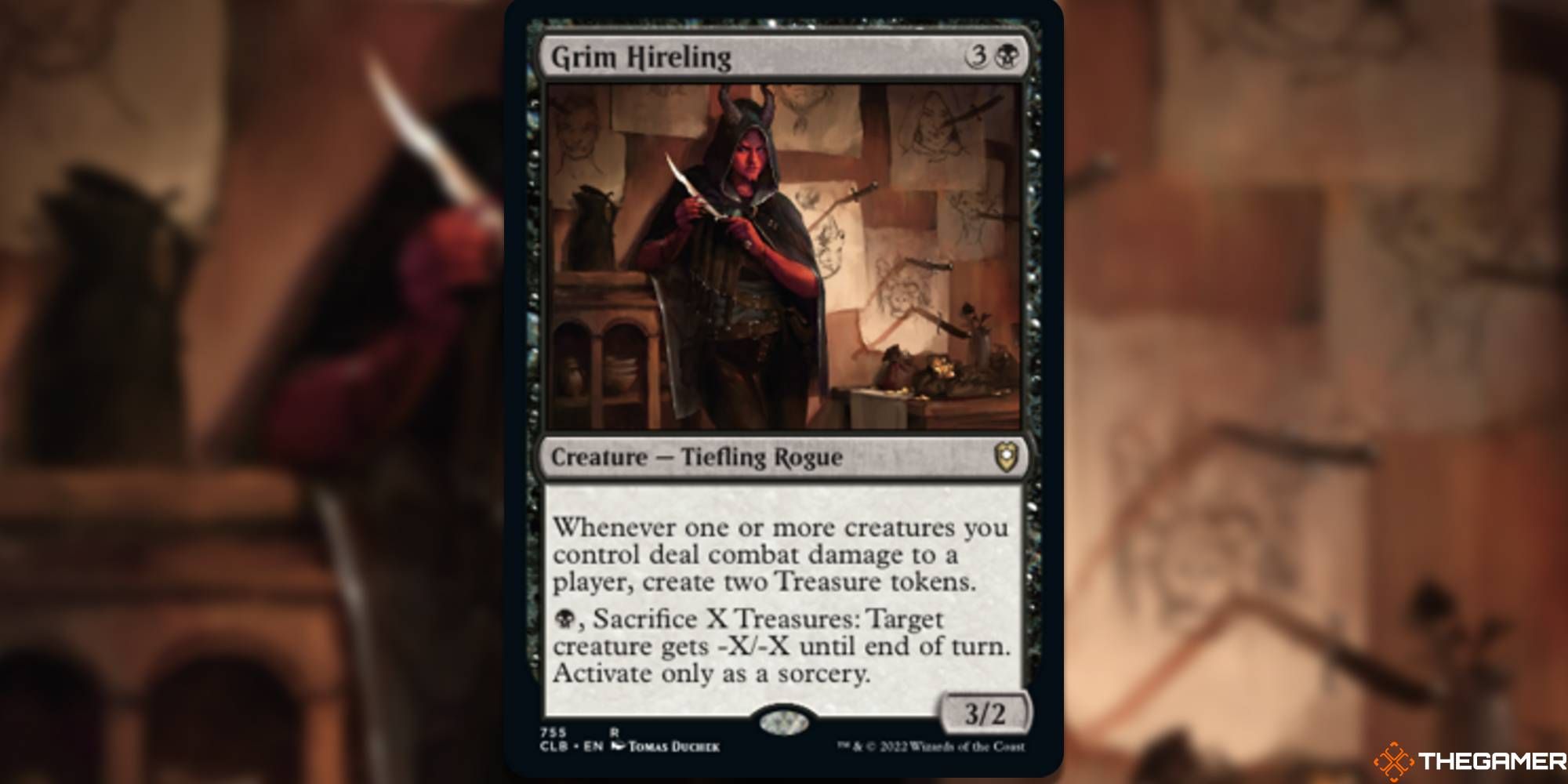 Prior to this, Grim Hireling's solitary printing was within the Planar Portal preconstructed Commander deck. A 3/2 black Tiefling Rogue for four mana, whenever one or more creatures under its owner's control deals combat damage to a player, Grim Hireling's controller creates two Treasure tokens. This allows it to provide reliable mana ramp in combat-focused black decks.

While Treasure production is already powerful for this reason, Grime Hireling allows treasures to serve as removal. For the cost of one black mana, Grim Hireling's controller may sacrifice X Treasures, causing a target creature to get -X/-X until the end of the turn.

As the past few sets have been a strong indicator that Wizards of the Coast is going all-in on Treasure tokens, Grim Hireling is an excellent option for decks looking to generate Treasures and synergize with them in various ways. 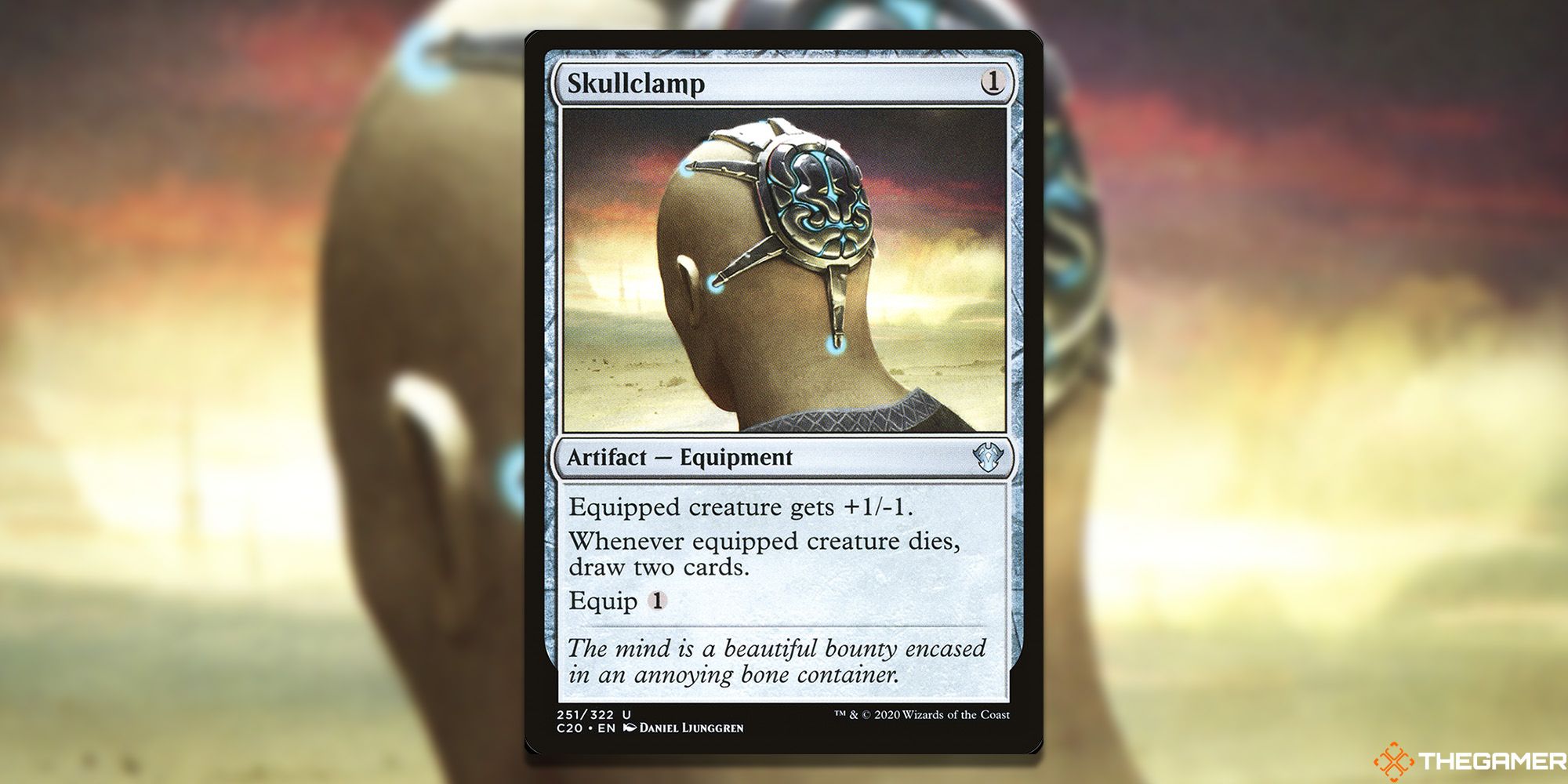 A Commander staple synonymous with card draw, despite seeing a litany of reprints, Skullclamp's sheer power and value keep it at a respectable price. An equipment card for a mere one mana with an extra equip cost of one, an equipped creature gets +1/-1. More importantly, whenever an equipped creature dies, its controller is able to draw two cards.

When paired with disposable creatures with one toughness, Skullclamp may as well read, "Pay one mana and sacrifice a creature to draw two cards." As this effect is incredibly efficient and easily repeatable, it isn't hard to see why this amazing card sees an absurd amount of play within the Commander format. 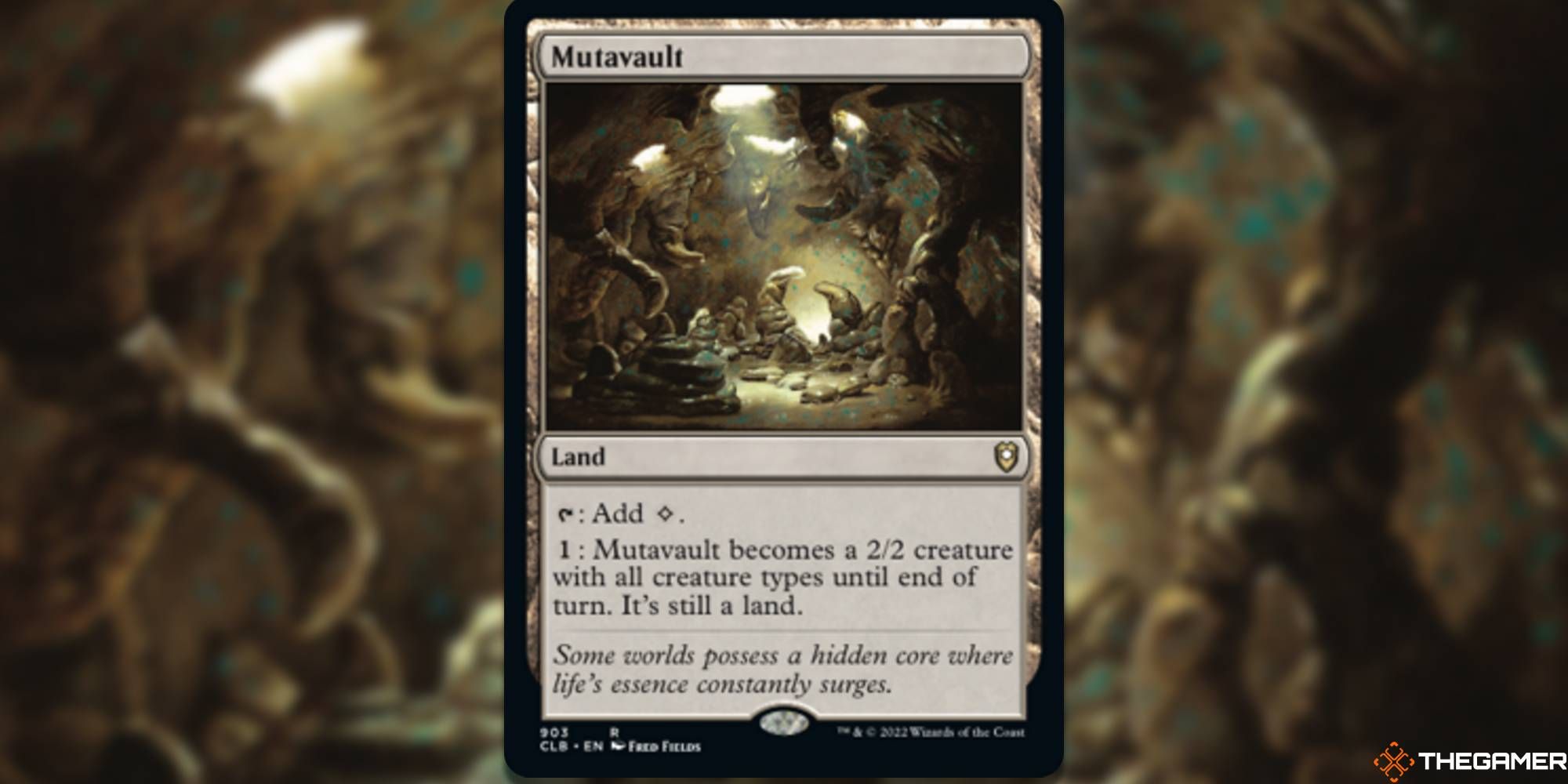 Mutavault is an excellent land that is perfect for a wide range of tribal decks, and was in dire need of a reprint. Having not been printed since Core Set 2014, Mutavault can fit into any deck that aims to utilize specific creature types. In addition to being able to produce one colorless mana, at the cost of two mana, Mutavault can become a 2/2 creature with every creature type until the end of the turn.

In many tribal decks such as Slivers, simply having an additional creature of a given type can be an excellent boon. Within the context of the Party Time deck, due to being each creature type simultaneously, this land can be used to flexibly fill in a missing role in a player's Party, and is an incredible asset that doubles as a mana source.