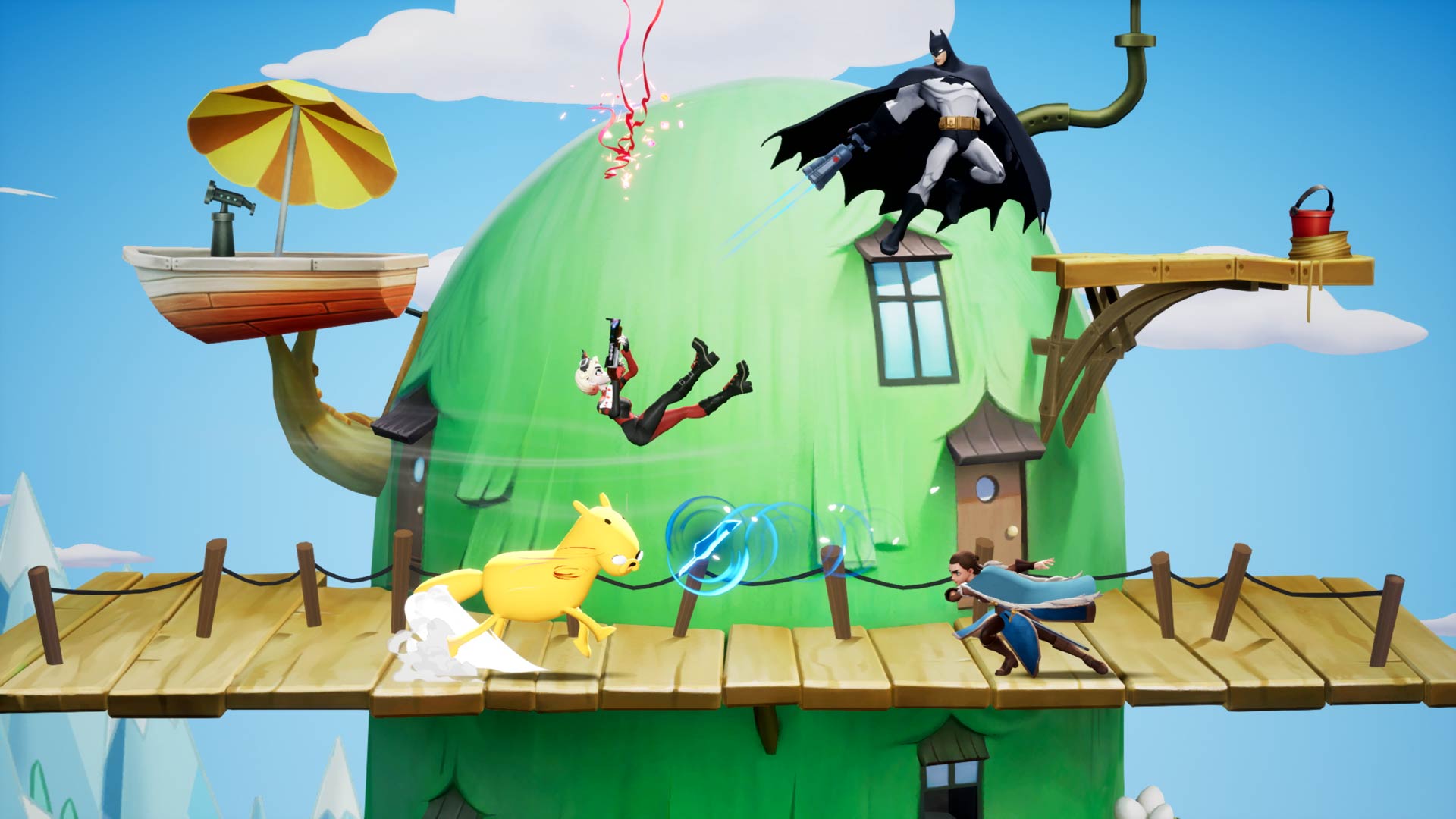 Warner Bros. takes on Smash Bros. in a new free-to-play crossover fighter where Bugs Bunny gets to punch out Superman.

Aside from Disney, Warner Bros. might be the media conglomerate best suited to flaunt IP in a platform fighter. With Looney Tunes, the entirety of DC, and a vast library of Cartoon Network classics like Adventure Time and The Powerpuff Girls, the breadth of brands at their disposal makes last year’s Nickelodeon All-Star Brawl look like slapsies at the kids’ table.

While that release suffered from its lifeless, bare bones presentation, MultiVersus – available from 5pm BST today as an open beta – is a more successful celebration of its properties , even if it isn’t nearly as extensive or polished as frontrunner rival, Super Smash Bros. Ultimate. Comparisons are inevitable, yet MultiVersus has enough unique tricks where it feels like a worthy alternative that can stand apart from Nintendo’s platform fighter.

Fundamentally, the rules are the same. In battles for up to four players, you damage opponents to build up a percentage. The higher the figure, the easier it becomes to smash characters into the edges of the screen for a knockout. Like Nickelodeon All-Star Brawl, there’s no items and the stages are basic in design – with matches prioritising skill over random, chaotic elements.

The main difference in MultiVersus is the emphasis on team coordination. While there’s the option to play free-for-all matches, there’s a clear steer towards 2v2 team battles – highlighted by a ‘Recommended’ tag underneath its prime position in the online menu. Some mechanics are also built around synchronising with a co-op partner, like stacking perks together to earn larger stat boosts and damage reductions from certain attacks.

This push for collaboration carries over to the character movesets. Wonder Woman’s down special, for example, shields all nearby allies, while Steven Universe can plant a temporary healing force field. The teamwork ethos is personified by Reindog, a new character created for MultiVersus, who can shoot a tether to pull allies to safety. He might look like the dim cousin of Growlithe, but his moves offer some compelling strategies, like tethering teammates back once they’ve jumped out from the ledge to spike an enemy in freefall.

Like Super Smash Bros., moves are divided into basic and special attacks tied to different directional inputs. There’s some surprising depth, however, to what can, at times, feel like a limited moveset. Certain attacks can inflict status effects which weaken enemies or strengthen allies, while elemental attacks, like Superman’s ice breath, can diffuse fire projectiles or traps planted on the stage. The smartest addition might be Attack Decay, which reduces an attack’s strength if it’s spammed in quick succession, forcing you to mix up your strategies.

Each character also feels distinct and true to their personality. Jake the Dog has elastic punches and morphs into various random objects, Harley Quinn skips around scattering traps, while the Iron Giant, who isn’t exactly the gentle pacifist seen in the film, is a suitably intimidating clumsy powerhouse who looms over the rest of the roster to a comical degree.

Crucially, all the characters are fully voiced, most of them by their original actors. Maisie Williams voices Arya Stark, which is the weirdest addition considering Game Of Thrones is a series aimed solely at adults. Kevin Conroy is also back as Batman, alongside Matthew Lilliard as Shaggy from the live action Scooby Doo movies. There’s unique dialogue depending on the character match-ups too, which is a consistent source of joy when you do catch lines, like Jake the Dog dunking on Tom & Jerry amid the frenetic fights.

Your mileage with MultiVersus will depend on your tolerance for free-to-play headaches. At the outset, if you don’t spend anything, you’ll have four characters at your disposal. Others can be unlocked by playing matches and accumulating in-game currency, with characters priced between 2,000 and 3,000 gold on average.

Considering matches earn you around 50 gold each time, not counting bonuses for completing daily missions, the price feels somewhat reasonable. You can also try out the entire roster in the lab practise area, so you can make decisions about which character fits your playstyle best before laying down the investment.

There are, however, some cosmetics locked behind a paywall. Alternative outfits, special knockout animations, banners and menu voiceover packs can only be bought through the paid Gleamium currency, aside from some in the free battle pass tiers. While understandable (the game is free, after all) it’s a shame because they offer a level of personalisation that adds to the visual spectacle.

Once you’ve seen someone blasted offscreen to Porky Pig’s ‘That’s all folks!’, it’s difficult to settle for anything else. The pricing also feels egregious, with some alternate outfits costing 1,500 Gleamium, which works out at roughly around £12.

MultiVersus has some shortcomings; stages feel uninspired and the controls don’t feel quite as tactile or satisfying compared to Nintendo’s fighting king, but this is an impressive foundation for what could become a genuine competitor.

The open beta might be seen as a soft launch (all your progress will carry over to the final version) but with its smooth online play, compelling upgrades, crossplay support, and other characters like Rick & Morty already on the way, MultiVersus feels like a looney crossover which might just stick the landing.