Garden of Genesis is one of the key end-game Expeditions in New World, located in Edengrove. If you've completed the necessary quests, you will be able to enter the Expedition 25 times a day, or the mutated version 25 times a week.

The main purpose of this guide is to show you how to complete Genesis optimally, with some hints on how to re-run the Expedition quickly, the best gear to make it as smooth as possible, and some good hints for the big boss fights.

To jump into Garden of Genesis, you need to have complete the requisite quests throughout the Edengrove region. Quite a few of the groups on the group finder (accessed by clicking on the Expedition icon on the world map) will have 500+ Gear Score enabled. Some will have Gear Score up to 550 or 560. You do not need a high Gear Score to run this dungeon – it is designed for level 500. 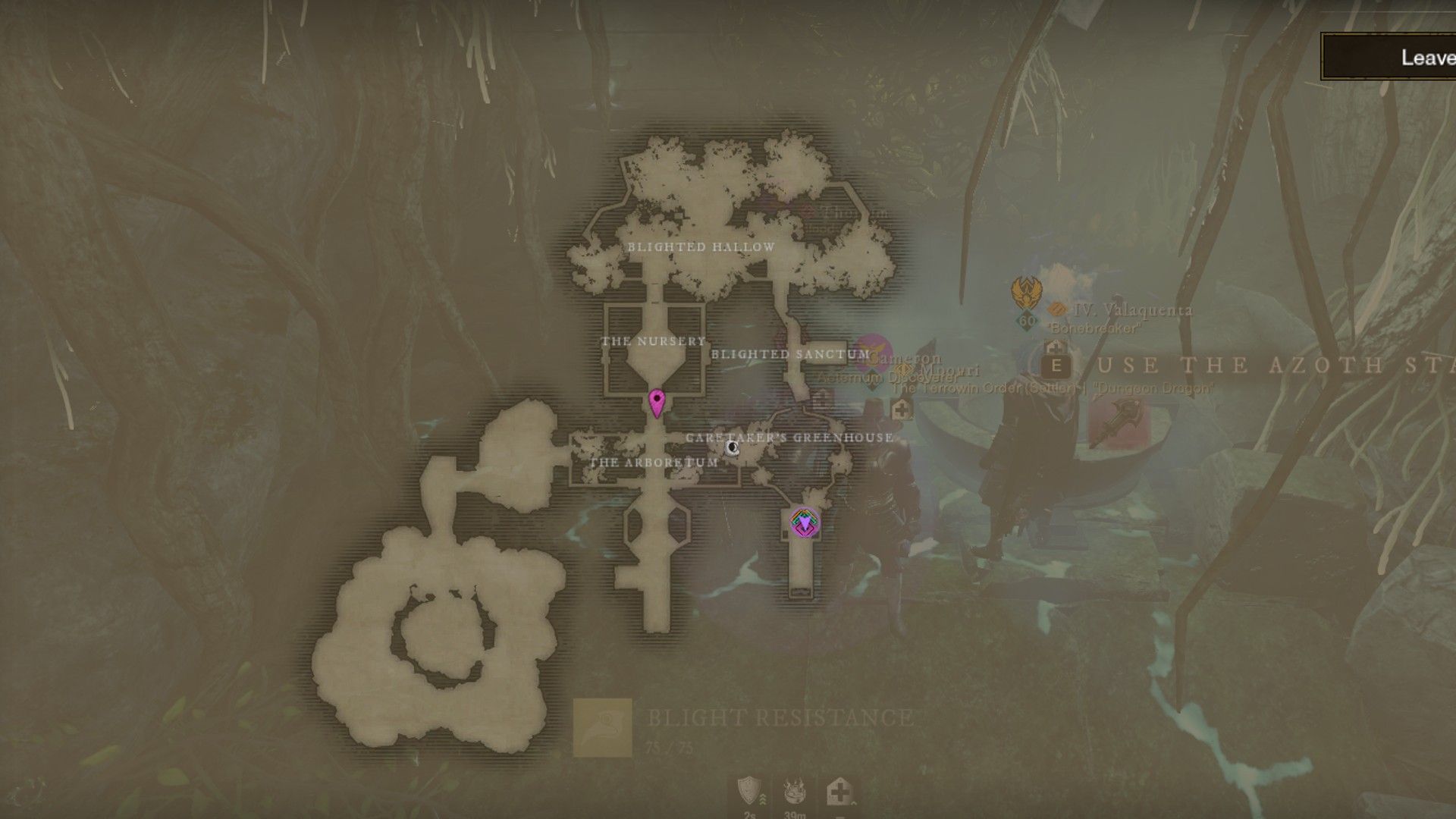 Garden of Genesis is an easy Expedition to navigate – there are no puzzles to solve, but you do need to know how to progress through each area.

Upon entrance, you will need to kill the Nest to your left, then the archers on the bridge. There is a named Archer here that will drop loot.

One player will walk down the stairs to the left and mine the Corrupted Blight. This will open the main door for the other players to enter the first boss fight, Taxodius. 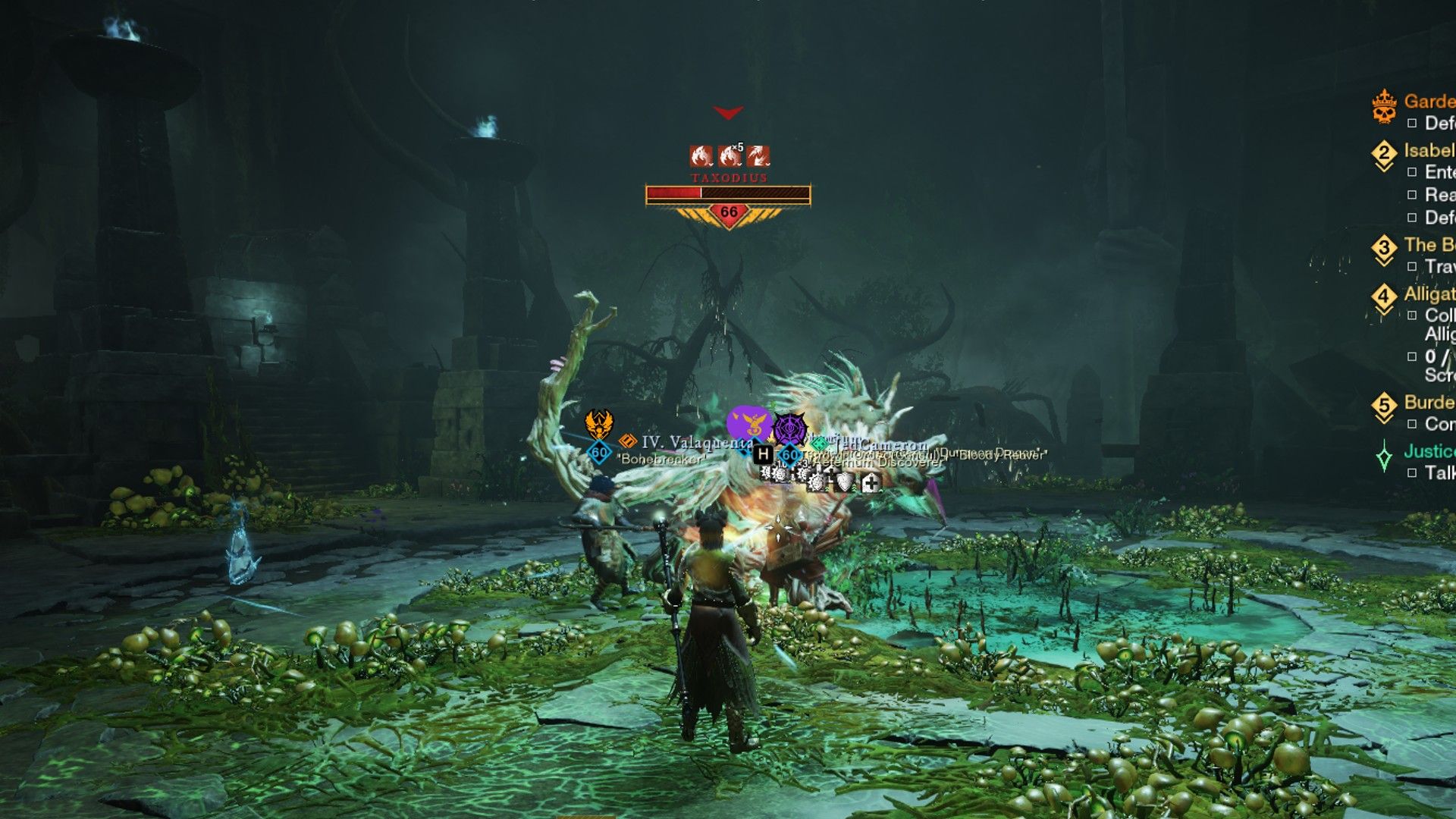 This is not a difficult boss fight. Taxodius' main attack is one where it pulls all the players in towards him, but otherwise remains fairly still (especially with a tank), and gets knocked down regularly for you to concentrate damage. There is a chest to the left of the door on the way out of this chamber.

Get the tank to aggro the boss and aggro any minions that it spawns. Use Heavy Attacks on the boss to break its stagger bar, so that it falls down.

This mini-event between the first and second boss has you defending a tree that you must plant with a purified seed. Do not fight on top of the tree, as mobs will deal damage to it, and you'll need to run back and purify another seed, and so on. There are three waves of mobs and a chest unlocks to the left of the area when you have successfully defeated all of them.

After defeating Taxodius, follow the pathing and instructions via the Objectives bar. There is nothing too complicated here – just some named mobs you can get drops from.

The next boss you fight is called Alluvium Mari, and this is much more complicated than Taxodius.

If you are doing lots of damage, you can all dive in together on the second Arena (spawns at 33% health) and hopefully kill the boss before the mobs get inside. Keep the Healer alive! 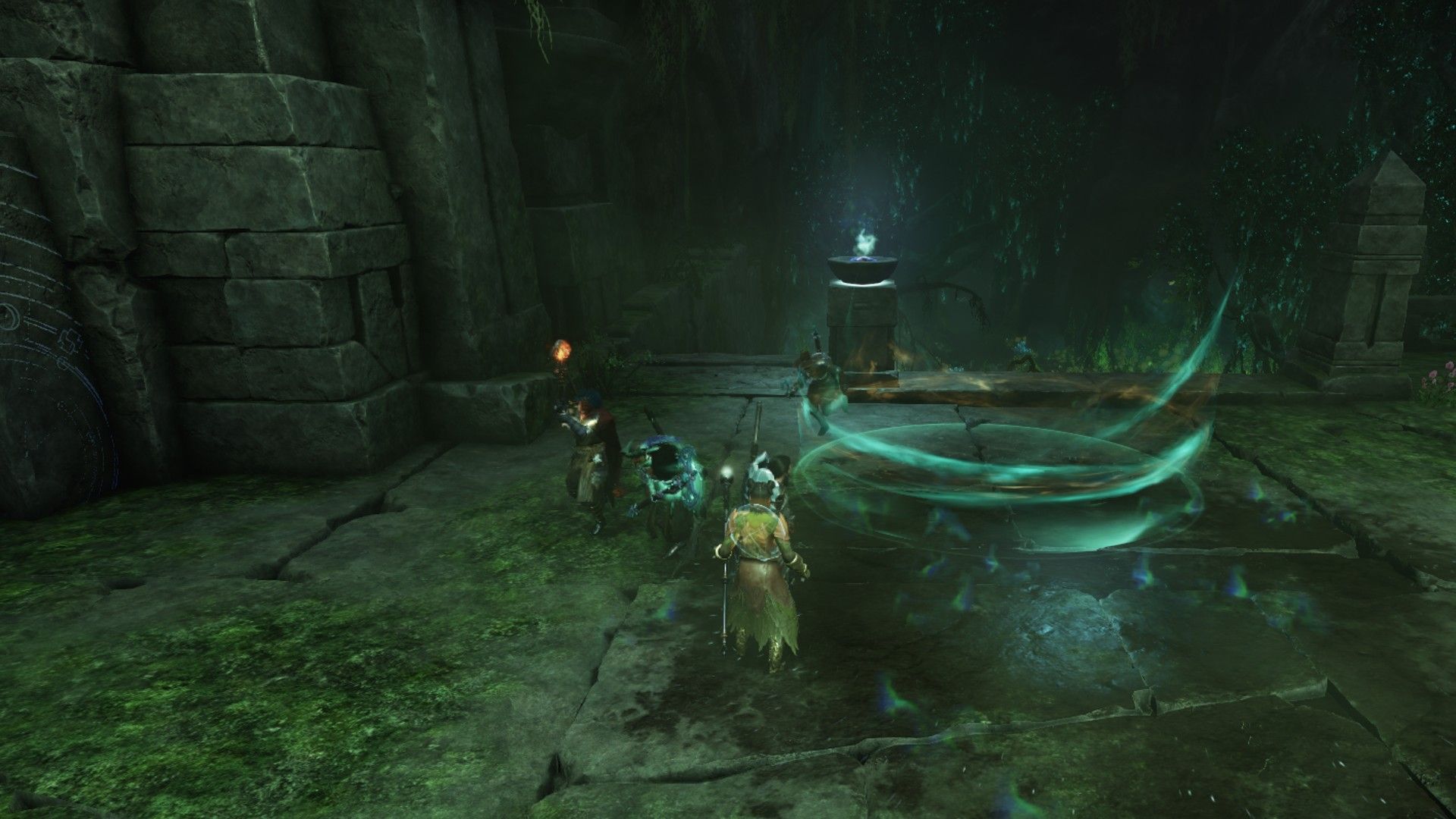 After you have defeated Mari, you will need to light the Azoth staff in the room next to the boss chest. Burn through the green wall to fight another nest of monsters and a named mob for expedition drops.

Carry the Azoth Staff back out the way you came and burn through to the middle room, where you originally crossed the bridge. Kill the mobs on the way, but try not to pull too many. You can navigate along the sides of the space to try and avoid aggro. 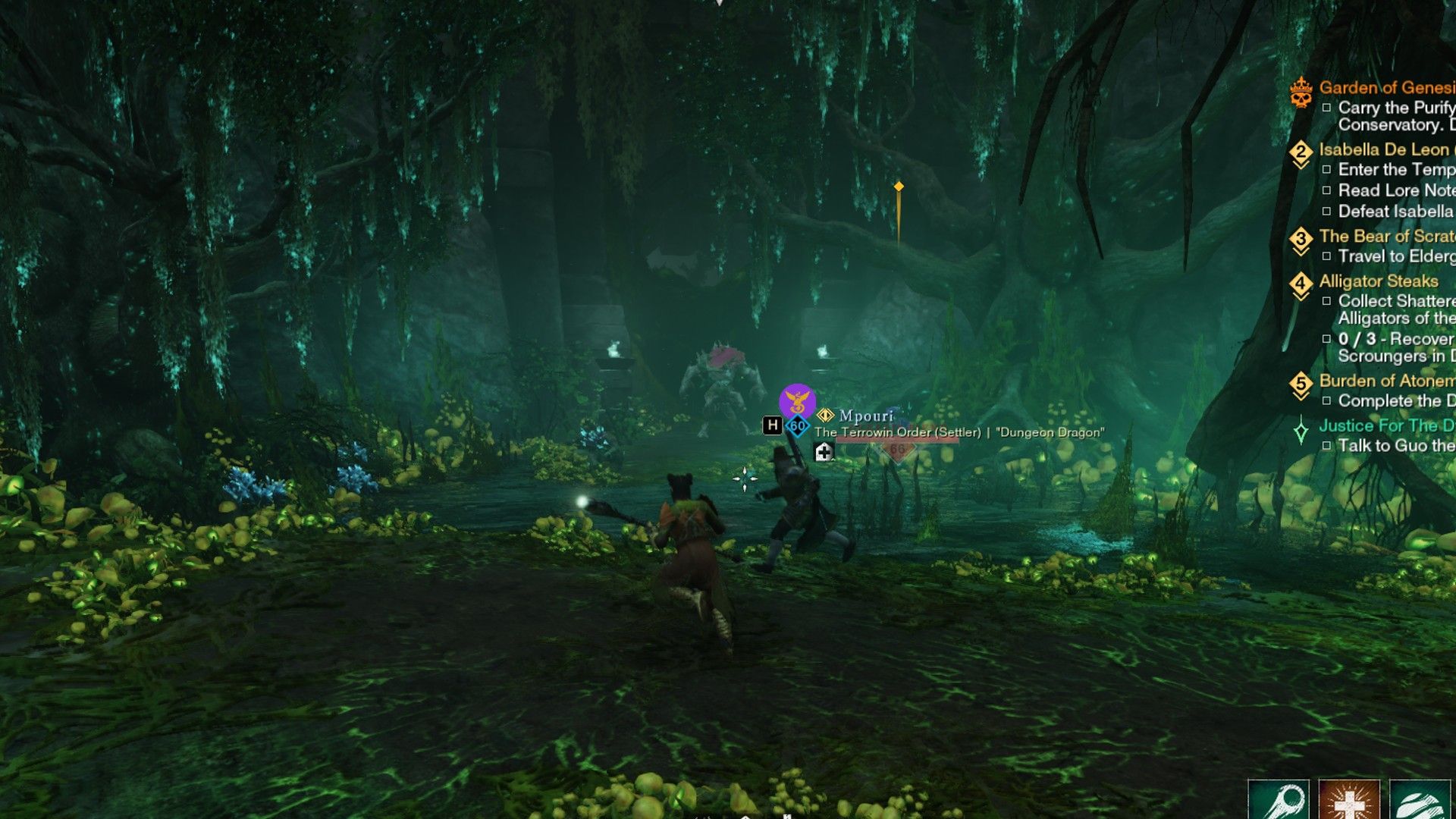 At this point, you will encounter another boss mob. Make sure to pull the three mobs (the boss, and two soldiers in front of it) so that the staff player can navigate past to light the lantern behind it.

The player carrying the Azoth Staff cannot get involved – trying to do an ability will cancel the staff, and you will need to run back and light it again. If you are struggling with any of the fights, take it slow. Drop the Staff, kill the mobs, then go light it again.

Kill the final two named mobs, loot the chest, then head onwards to the final boss fight. Make sure to walk right next to the Respawn Beacon, it doesn't activate every time and it can be annoying if you die and respawn miles away. 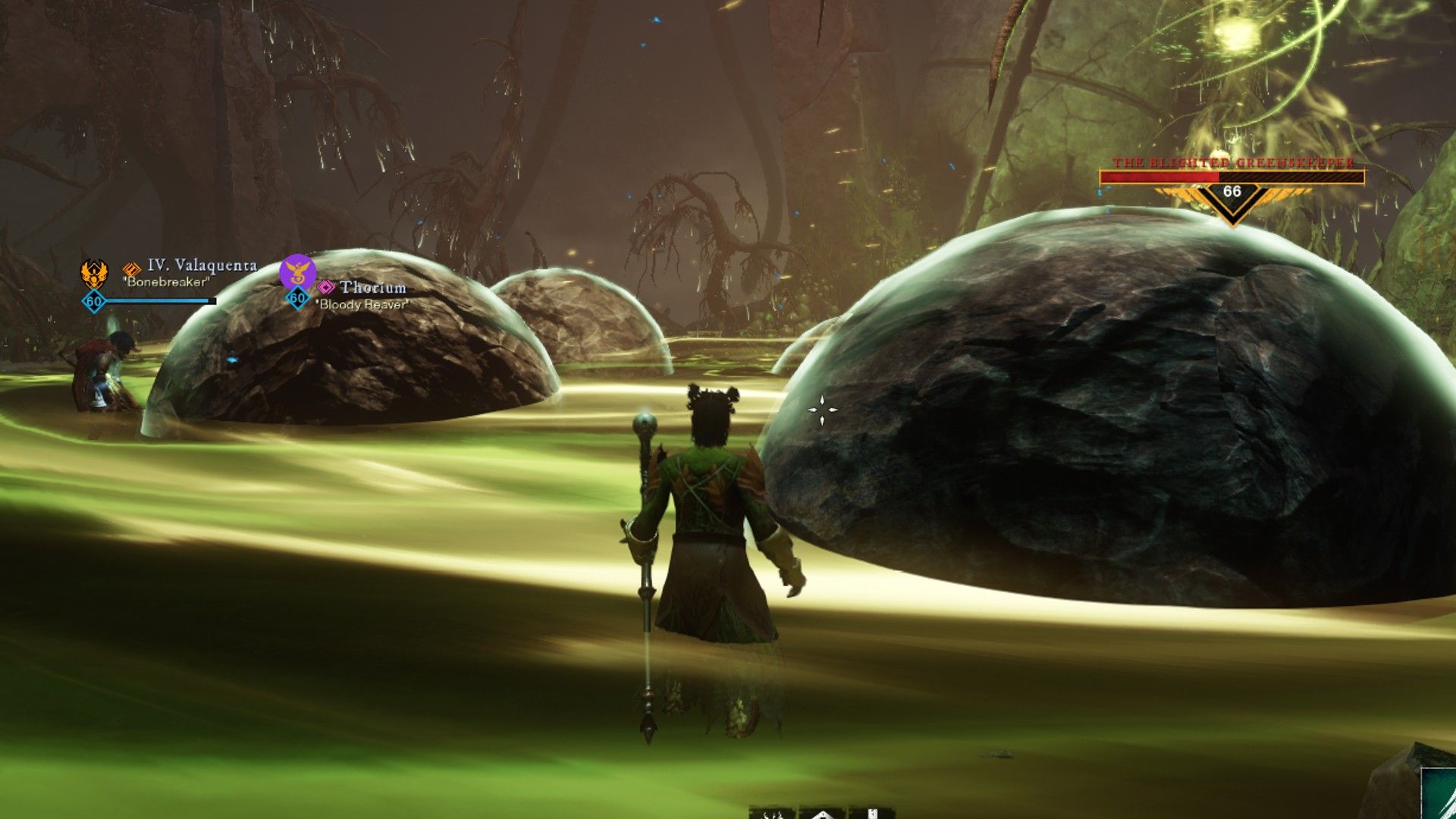 This is the final boss of the Genesis Expedition, and in some ways, it can be easier than Alluvium Mari.

The Gateskeeper has three major attacks you need to watch out for: the Poison Balls, the wipe-mechanic, and the Poison Beam. 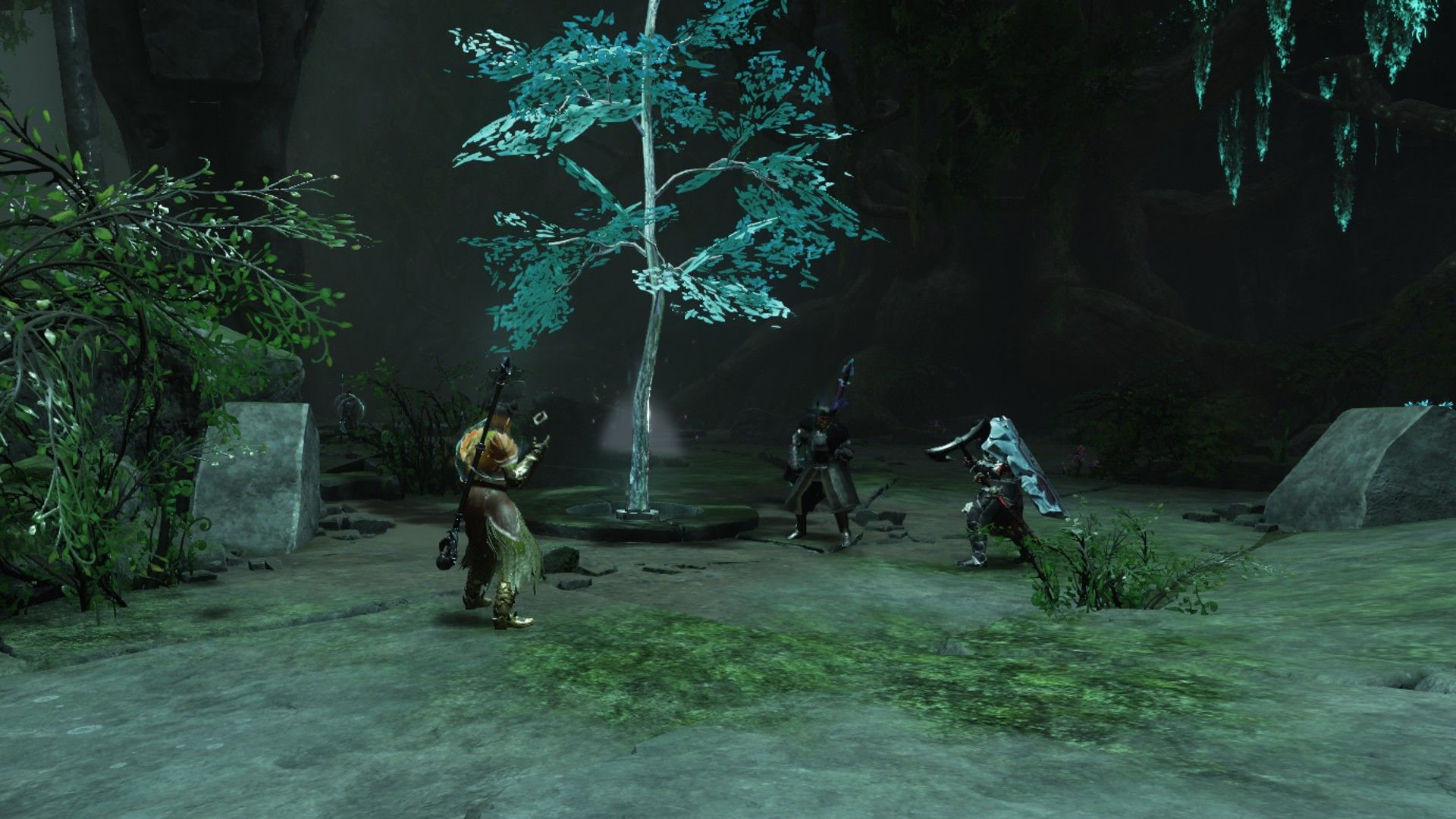 There are some key legendary items you can farm for by running the expedition over and over again.

There are also named drops for the Fire Staff (Battlevine) and Life Staff which can drop Legendary or at 590+ to be upgraded with Umbral Shards.