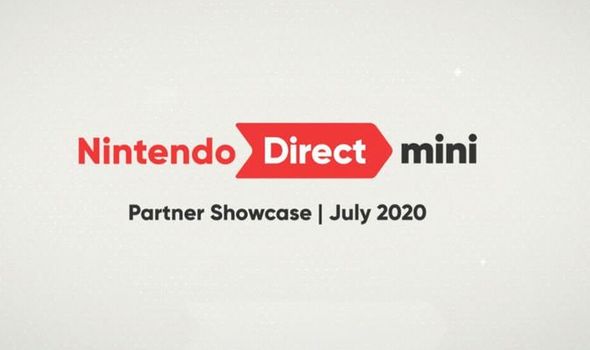 It’s not surprising to find gamers searching for what a Nintendo Direct Mini is, as the company likes to change up its usual format for live stream events frequently.

The good news is that while we don’t know what games will be featured, we do know the scope of what to expect from Nintendo.

Today’s Nintendo Direct Mini is being used by the company to showcase games from outside its own studio base.

That means third-party publishers and developers who would not be considered indie game creators, but might be classified as a “partner” by the games giant.

A message from Nintendo confirmed that this event will be “the first Nintendo Direct Mini: Partner Showcase, a new series focused on titles from our development and publishing partners.”

NINTENDO DIRECT MINI SHOW TIME AND WHAT TO EXPECT

Today’s Nintendo Direct Mini event has been scheduled to start at 7am PT, or 3pm BST if you live in the UK.

The event will be short in comparison to other Nintendo Direct events and will only focus on a few games that have already been announced.

Nintendo has also confirmed that the list of titles will be small and that they will be from its development and publishing partners.

That rules out any surprise reveals from Nintendo, unless they are partnering up with other studios on projects that include characters from Zelda and Mario games.

From what has been shared online so far, the Nintendo Direct Mini event will be available to watch on YouTube and will last around 10 minutes.

A message shareed by Nintendo on Twitter adds: “On 7/20 we’ll debut the first #NintendoDirect Mini: Partner Showcase, a series focused on titles from our development & publishing partners.

“We’ll share a few updates on a small group of previously-announced #NintendoSwitch games. Check out the full video release at 7am PT.”

For now, there has been no official news on what games will be featured and if more Nintendo Direct Minis are being planned for the coming weeks.

The last time the House of Mario held a proper Nintendo Direct was during E3 last year when Zelda Breath of the Wild 2 was the surprise headline announcement.

Since then, we have seen other streams and a Direct Mini, but no broadcast that is as all encompassing as a proper Nintendo Direct.

Anticipation is huge for the next Nintendo Direct, given the long wait since the last proper Direct and due to the Switch’s release schedule for the rest of the year.

The Nintendo Switch release schedule for Q3 and Q4 of 2020 remains low on eye-catching titles, which has led fans to thinking there will be plenty of announcements in the next Direct.

One of the big rumoured announcements is a Super Mario All Stars-style collection for the Nintendo Switch to mark Mario’s upcoming 35th anniversary.

In September it will be 35 years since Super Mario Bros first launched on the Famicom in Japan.

However, unless an outside company is handling development, this will probably not be one of the game’s featured during today’s event.

Doom Eternal could be one of the games featured having seen its original release date pushed back, with No More Heroes 3 and Metroid Prime 4 other possible inclusions.