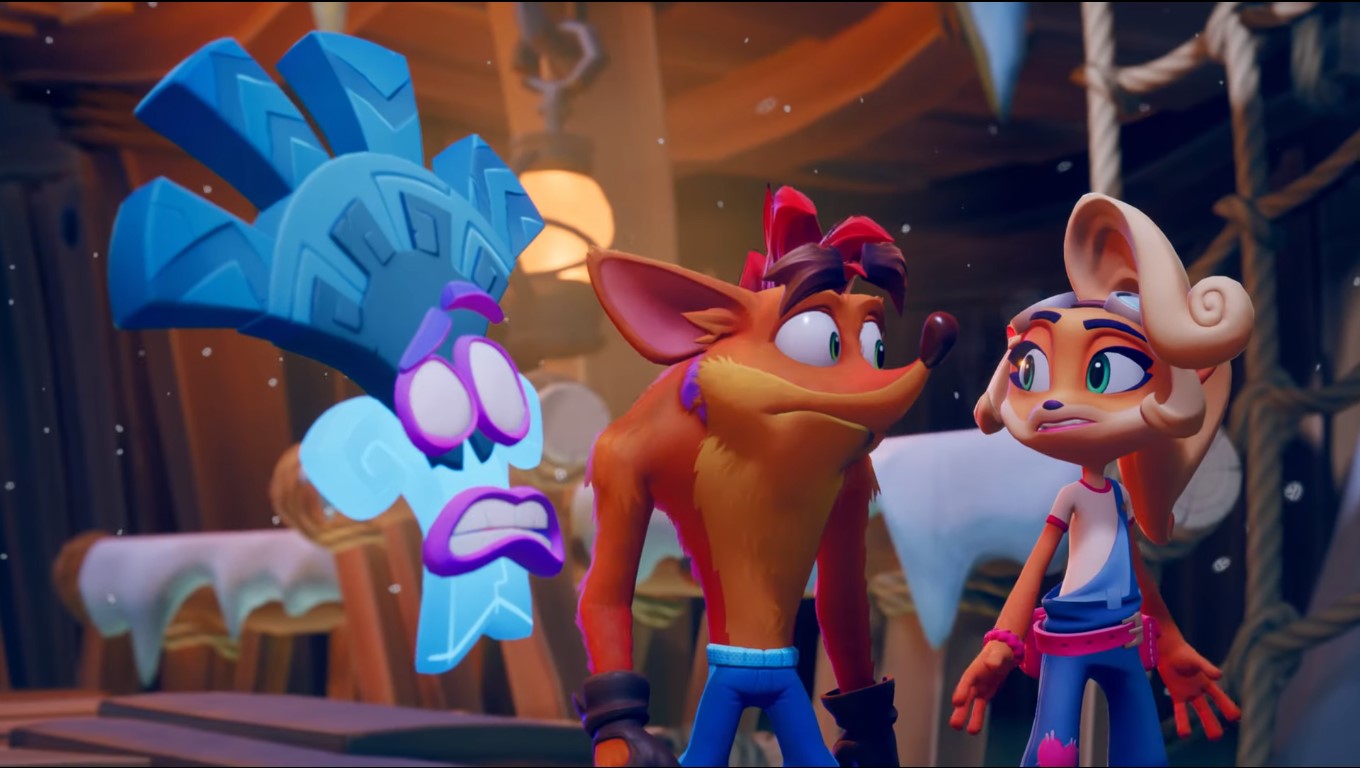 Apparently, Toys for Bob hasn’t just been working on Call Of Duty and has a new Crash Bandicoot multiplayer game in the pipeline.

After Toys for Bob, the studio behind Crash Bandicoot 4, was conscripted to serve as a Call Of Duty support studio (complete with several lay-offs), many fans bemoaned the decision.

Nowadays, this is the least of peoples’ problems with Activision, but the decision only exacerbated the belief that Call Of Duty is all the company cares about. Many even saw it as the death knell for Crash after a brief comeback.

The acquisition by Microsoft offered some hope that Crash wouldn’t fall into another hiatus and now it’s strongly rumoured that a new game is in the works. Although it’s not exactly what fans may expect/want.

Instead of a Crash Bandicoot 5, Toys for Bob is apparently working on a new multiplayer spin-off. One that has been described as a ‘four-player brawler.’

This immediately brings to mind something like Super Smash Bros., a 2D fighter but just with Crash characters. The platformer fighter has certainly become a popular genre recently, with Nickelodeon and Warner Bros. making their own Smash Bros. clones.

The rumour comes from Windows Central’s Jez Corden, who shared the info on Windows Central’s Xbox Chaturdays podcast. When it was suggested that a new Crash game from Toys for Bob could feature at the Xbox showcase this week, Corden very much implied this will be the case.

‘New Crash? I wonder where you got that information from? I wasn’t supposed to leak that,’ he said.

There have been rumours of a multiplayer Crash game called Wumpa League since 2020, but Corden says that’s not its name. It’s not yet clear whether Wumpa League has been repurposed as something else or if it’s been cancelled and this new rumoured game is entirely different.

The Crash series is no stranger to multiplayer spin-offs. Aside from multiple kart racing games, there was 2000’s PlayStation 1 mini-game collection Crash Bash and 2006’s Crash Boom Bang, an even more obvious Mario Party clone for the Nintendo DS.

Neither was any good, which probably explains why there hasn’t been a new attempt since.

However, it also implied that it wouldn’t do this with Bethesda, only to later turn around and admit it bought primarily Bethesda for Xbox exclusives. So, don’t be surprised if this new Crash follows suit.