Crashed Ships are planetary Points Of Interest that can be found by the player while they explore the universe of No Man’s Sky.

If you’re struggling to find Crashed Ships, this guide covers every method to locate them easily, why you should even bother looking for them, and what you can do once you’ve found one.

Disclaimer: All the information in this guide is correct as of the Atlas Rises update for NMS.

Updated June 10th, 2021 by Harry Alston: With the series of recent No Man’s Sky updates, including the visual overhaul in Prisms, we’re revisiting this article on how to find Crashed Ships in the game.

This updated guide will cover how to use Exocraft and even flying companions (they exist now) to find crashed ships, as well as some updated details on the Planetary Charts, which will no longer disappear if you don’t find any hidden locations.

What Are Crashed Ships In No Man’s Sky? 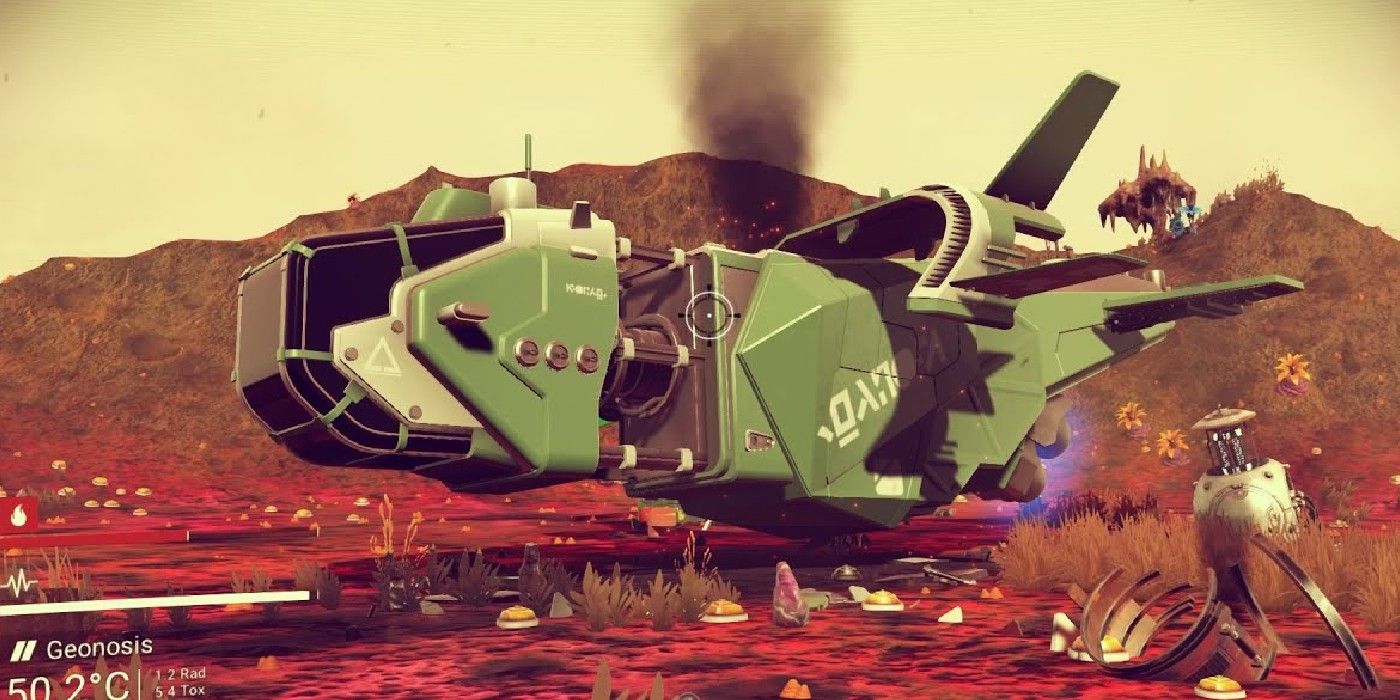 No Man’s Sky is populated with planets, and on those worlds are various POIs (Points of Interest). There are ruins, abandoned stations, and in this case, Crashed Ships. You can either fly over a planet looking for them or jump into one of the game’s many awesome Exocraft.

How To Find Crashed Ships With Exocraft

Two Exocraft are recommended for finding Crashed Ships: the Nautilon and the Minotaur. The Nautilon can scan for ships underwater, which can be tricky to find if you’re not already down there. Likewise, the Minotaur has the capability to scan for distress signals, which doesn’t involve using Planetary Charts to track the signals.

Out of the two, the Nautilon can be really useful if you’re searching for lots of Crashed Ships, either to farm Nanites or get extra ship materials. You’re going to want a planet that is covered in water and located in a relatively rich system (the richer, the more likely you’ll find more worthwhile crashed ships.)

Head down to the planet with the Nautilon. Dip into the water, do a scan, find a ship. If you can’t find a crashed ship location, jump back into your ship and head to a different part of the ocean. Repeat until you find plenty of ships.

These ships spawn randomly on planets and can offer a couple of different rewards for a keen-eyed astronaut. Once you spot one, head over to it and investigate the ruined ship. You can a) repair the ship and take it with you, b) activate the distress beacon, which will offer you a reward.

Nearby the ship you’ll also find a pile of Damaged Machinery. This spawns alongside every Crashed Ship so always keep an eye out for it. You’ll get 30 Nanite Clusters from harvesting it.

How To Locate Crashed Ships In No Man’s Sky 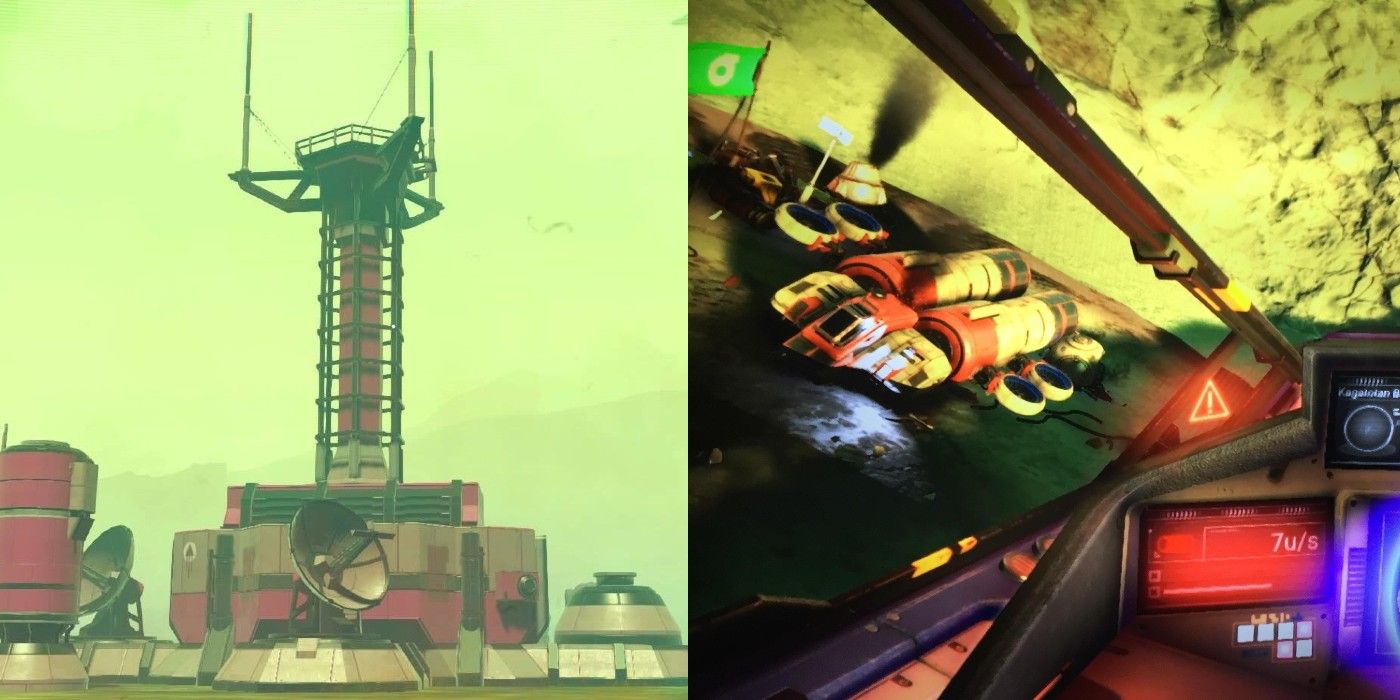 There are a few different ways of locating Crashed Ships in No Man’s Sky. Here is a rundown of each.

Using a Transmission Tower is the simplest way to find a Crashed Ship. These towers are POIs located randomly on planets. Inside each tower is a puzzle where you have to enter an access code, basically a number puzzle. This will ping the distress beacon of any nearby Crashed Ship or Crashed Freighter. Transmission Towers are pretty huge, so you’ll likely see them as you cruise over the surface of a planet.

Each system will have a dominant race or faction. If you talk with an NPC in a local Space Station, a piece of dialog might suggest that there’s a nearby distress signal, and they’d like you to do something about it. You can only access this once you hand over the top-tier gift for each faction: the Gek Relic, Vy’keen Effigy, or Korvax Casing, depending on the faction. This will point you in the direction of a Crashed Ship.

Crashed Ships Do Appear On Your Starship Scope

Just like any other ship, Crashed Ships and Freighters will appear on your Starship scope. They’ll appear as red dots. This means you can just skim over the surface of a planet and accidentally stumble across one without using a Tower or giving a gift to an NPC. Always keep an eye out for that red dot.

One overlooked part of the visual overhaul update Prisms is the fact that Planetary Charts are no longer expended when you do not find any points of interest. With the new update, this method of hunting for Crashed Ship locations just got a whole lot better. Of course, you still can’t tell whether or not the PoI is a ship or not, but at least now if you don’t find anything you can just try again. 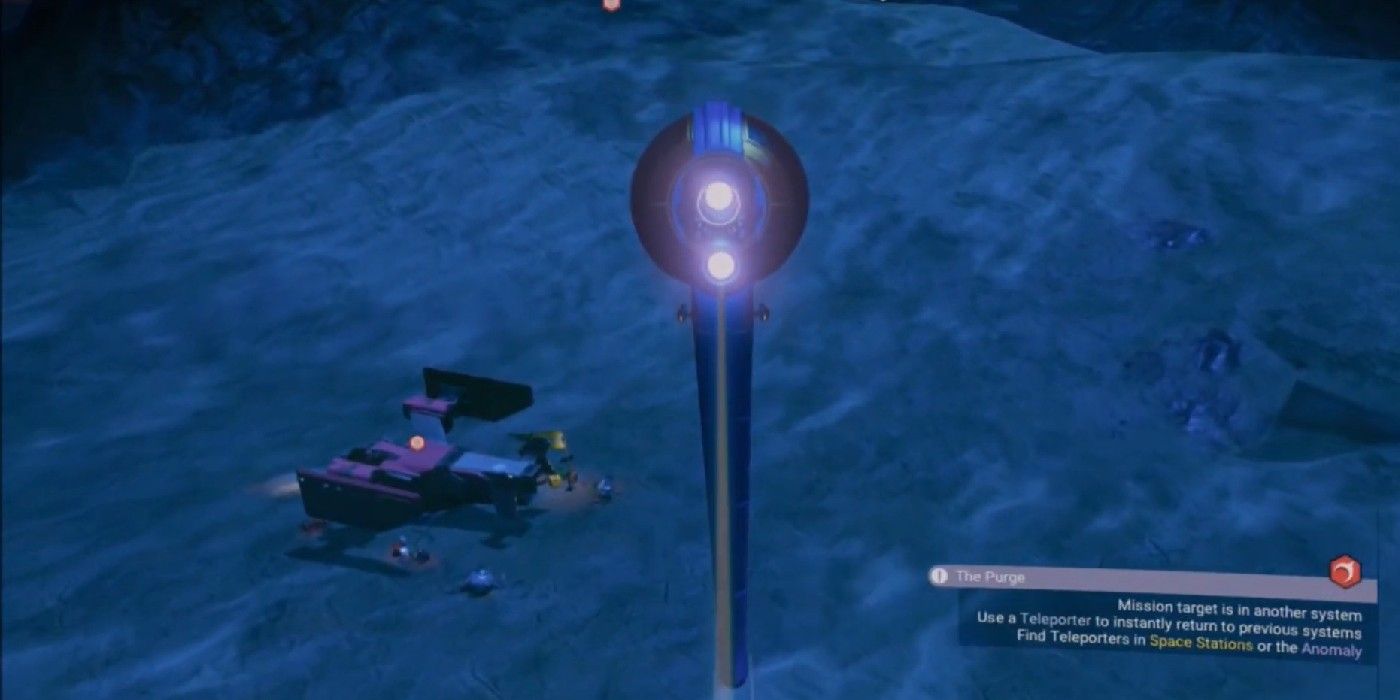 This really depends on what sort of resources you’re after. Before the most recent patch, there was a cool strategy that involved solving multiple Transmission Tower puzzles on the same planet, thus finding several Crashed Ships one after another. This means you could continuously upgrade your ship by finding Crashed Ships with more inventory space. Since Atlas, this has been removed. Here’s a guide on how to get the best ship in No Man’s Sky as quickly as possible.

That means there are a few things you can do with a ship: repair it, destroy it, or scavenge some resources from it.

This is only worthwhile if the Crashed Ship’s inventory is larger than the ship you’re currently flying. Otherwise, you’re just burning resources on a useless ship, and it’s not exactly cheap to repair, either.

These are required to actually get the ship off the ground. Various other pieces of tech on the ship are likely damaged as well and will need to be repaired at some point to get the maximum use out of the ship. Here’s a complete guide on how to repair your ship in No Man’s Sky.

Trading In A Crashed Ship

Once you’ve repaired the Pulse Engine and Launch Thruster, you can trade in the Crashed Ship at an outpost with a landing pad (somewhere like a Space Station) for units. You can make a decent amount of units for trading in decent ships, with better ships being worth more when traded-in.

You can simply destroy a Crashed Ship with your own ship’s weapons. You’ll get some Nanites and Tropheum from the destroyed ship, but your standing with the system’s leading faction will drop a small amount.

Scavenging Resources from a Crashed Ship

If you prefer to keep your own ship, or whatever Crashed Ship you’ve found just isn’t as good, then you can scavenge resources from the crashed one. Switch into the Crashed ship (don’t transfer anything, we’ve made that mistake before) and dismantle every piece of tech onboard. Once you’ve ripped everything apart, switch back to your ship and load up anything you want to take. Simple.