The release of the outlaw update in No Man's Sky has brought with it a plethora of new features, one such feature is squadrons. If you're looking to learn how to be the captain of a small squad then look no further, we have you covered.

Squadrons act as an excellent supplementary force, they can draw enemy fire and just generally act as a good insurance policy to stop your more valuable ships from being turned into a pile of floating debris. It also feels good having your own crack team of pilots that you can take from rookie to top guns.

How To Unlock Squadrons 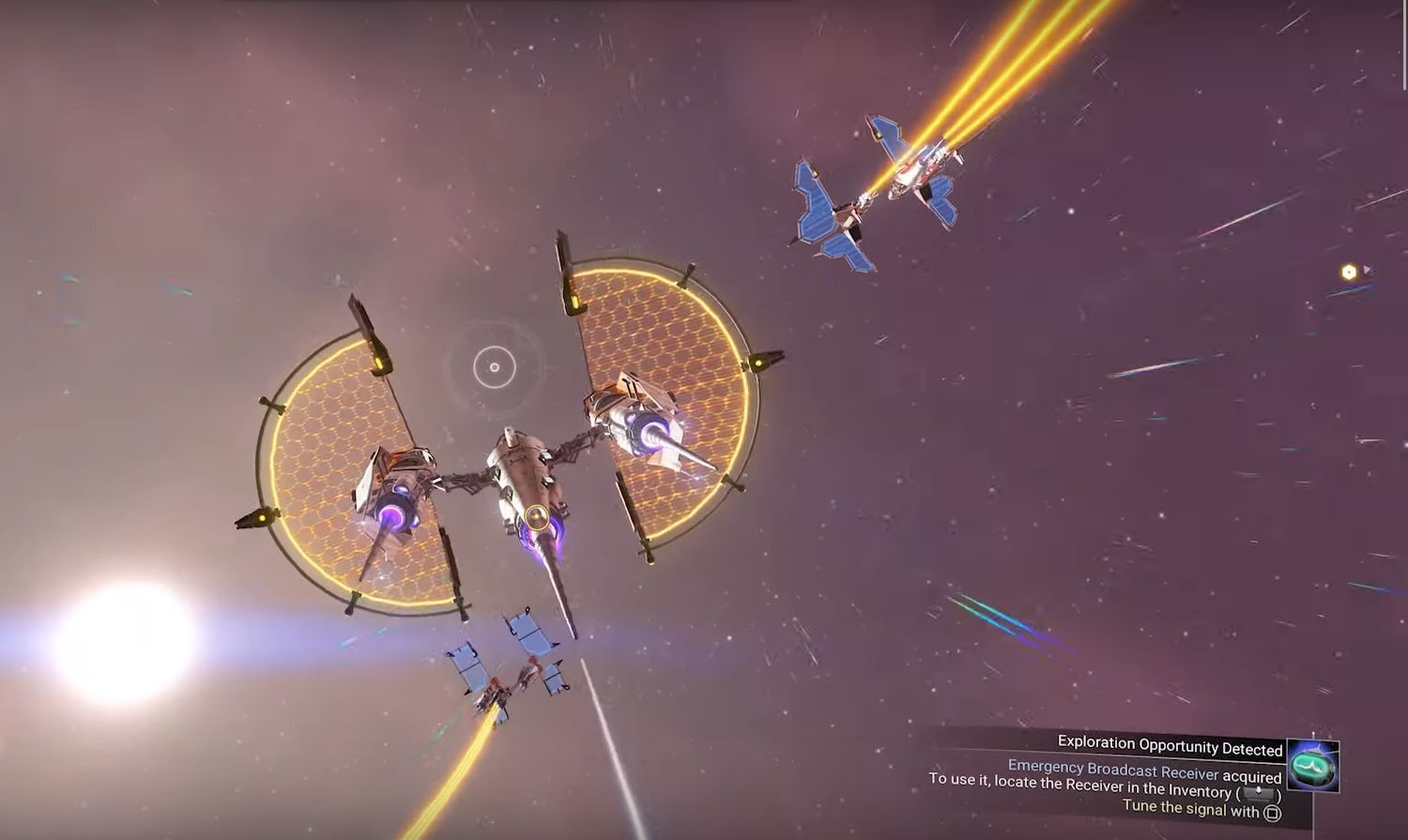 To unlock squadrons you'll first need a capital ship – a Freighter in this case. You can also potentially unlock a Freighter ship for free by warping through galaxies. After you've secured you're very own Freighter (or if you already have one) you can access your squadron by going to the "Manage Fleet" terminal on the bridge. There will also be a menu that says "Manage Squadron" select that, and it will show you the number of available slots that you have.

Once you've unlocked your 4 squadron slots it's time to start filling them up with some capable pilots! You can find pilots in a few different ways, but it's equally important to look for good pilots and good ships.

Ships have the following stats:

The stats you're looking for will depend on what kind of squadron you're after, high Damage Potential and Maneuverability might be the play if you're looking for the very best combat pilots. That said, having some tank ships and some damage-dealing ships might be even better. It's largely up to you.

Pilot stats are a bit different, they are heavily randomized – so it depends upon what you're looking for. Potential squadron pilots can have stats that range from acrobatics to spatial awareness. How these exactly affect a pilot's performance is not completely known, but it's a good bet that some stats do pair well (or there wouldn't be any point in having them).

Having a pilot with good spatial awareness or reaction time on a high damage dealing ship could potentially be an excellent combo.

Where can Pilots be found?

There are multiple ways you can find pilots, and while it's difficult to guarantee getting top S – Class pilots, there are lots of options in the vastness of space. You can find pilots in the following areas:

Pilots can go from C – S tier, with C being the worst and S being the best. However, you can also upgrade pilots for Nanites, but it's cheaper just to find the pilots that are at S tier and recruit them. Although, you might want to hold on to pilots that have stat combinations that you want and then upgrade them.

Squadrons can help you in battle in a couple of ways, they add some extra pressure to the target, as they'll fire on enemy targets. They also help you by drawing fire, so all the potential damage doesn't go straight to your ship. Which can be very helpful in situations with lots of enemy ships suddenly engaging you out of the blue.

There are also a few ways to get your buddies into battle to help you out.

The squadron will stick around you for a while before dispersing again. You can even do some fancy acrobatics with your pilots (they'll do barrel rolls at the same times as you).

Squadrons by themselves aren't ridiculously powerful, but you can find some strong pilots across the universe that can give you an advantage in dangerous situations. It can also be great fun to try and find rare stat combinations, and then take these pilots from average to ace.