This article contains spoilers for God of War Ragnarok.

It's rare that video games are capable of making me feel much of anything about their villains. Bowser is Mario’s enemy, sure. And he shouldn’t keep kidnapping Princess Peach, of course, that’s bad. But, the thing is Mario keeps hanging out with the guy. Bowser is an iconic villain, but he just doesn't seem that evil. Defeating Bowser is never what motivates me. I play Mario because it’s fun to jump around, not because the stakes matter in any meaningful way.

Even in more grounded games, villains are rarely captivating. The Last of Us is one of my favorite games of all time, but the weakest section — narratively at least — is the bit when Ellie gets captured by David. Nolan North giving a wheezy performance as a polite cannibal just isn’t enough for me. A great villain performance can fully captivate you, while simultaneously making you yearn for the hero to punch them in the face. Philip Seymour Hoffman in Mission Impossible 3 is the first actor I remember seeing nail that balance. It’s an indelible performance and when Ethan Hunt finally gets his hands on him, I was cheering.

In God of War Ragnarok, Richard Schiff manages to strike a similar balance. On the page, Odin could be just another stock villain. But, from the first scene, Schiff plays him like a capo attempting to broker a deal. The same way it’s easy to love Marlon Brando as Don Corleone, it’s easy to love Schiff as Odin. The performance, from the introduction at Kratos' and Atreus’ cabin, to the climactic Ragnarok fight, manages to make you feel like his back is against the wall, being pushed into violence, even though he’s actually holding all the cards.

Schiff embodies that in the final battle, delivering boilerplate lines like “You turned him against me. You turned them all against me!” but somehow managing to make them sing. His Odin performance is so specific and finely tuned that even when he’s working with standard stuff like that, he manages to elevate it and make it feel lived in. You almost feel like he has the right to be aggrieved. 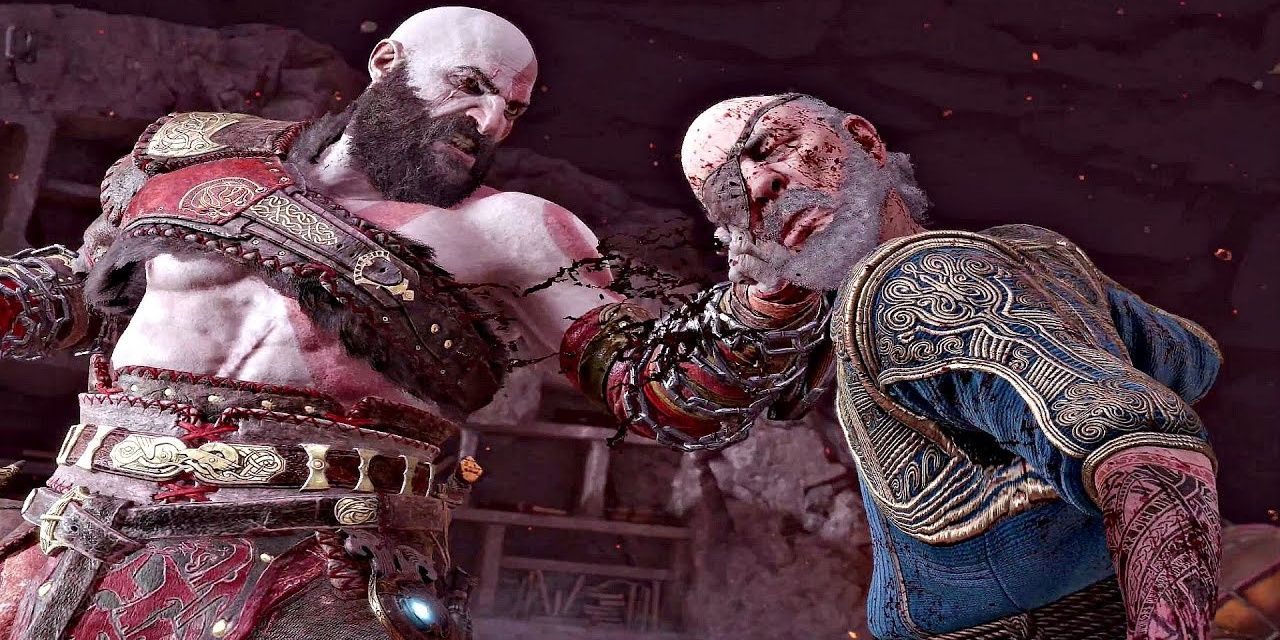 Ragnarok’s bifurcated structure heightens the strengths of the performance. If the game wasn’t split between Kratos' and Atreus’ perspectives, you wouldn’t get to spend time with Odin as a person. When Baldur, for example, showed up in God of War (2018) it was always confrontational. Jeremy Davies gave a similarly off-kilter performance, but you never got to hang out with Baldur as a dude. On the other hand, Atreus spends a lot of time in Asgard with Odin. We get to see him as a potential mentor and father figure, not just as an adversary.

From the first moment Odin shows up in Asgard, he stands in stark contrast as a more naturally affectionate father figure than Kratos. He’s being manipulative, of course — and his frayed relationship with his own son suggests that his kindness is a front — but in contrast to the Ghost of Sparta, Odin feels like a fountain of fatherly love. Atreus is so confused when he gets to Asgard, too, that you can almost believe he would choose this life over one with his gruff and demanding father.

When, at Ragnarok, Odin is finally killed, I felt a little bad for him. His kindness was a lie, but Santa Monica Studios managed to make it feel real enough that you almost believe it. And yet, after he killed Thor, I was cheering for Kratos, Atreus, and Freya. He’s a character you love to hate and hate to love. And that’s all I really want from a villain.